“Ottogi” Dae Hwan Kim began his martial arts journey to better himself and defend others, but his natural ability has allowed him to use his gifts for a greater purpose.

The South Korean sensation is now one of his nation’s leading mixed martial artists on the global stage, and after coming close a few years ago, he has his sights set on winning a ONE Championship World Title.

On Sunday, 13 October, the man from Seoul can take a big step toward that goal in the flyweight division if he can win his bout with  Pancrase Flyweight Tournament Champion Yuya “Little Piranha” Wakamatsu at ONE: CENTURY PART I.

Ahead of that assignment at the Ryogoku Kokugikan in Tokyo, Japan, Kim reveals how he emerged from a small rural community to take his place at the biggest martial arts event in history. Kim was born in the small farming town of Gurye in the southwestern part of the country nestled in the foothills of Mt. Jiri, where he lived with up with his parents and older brother and sister.

It is common for South Korean families in farming communities to ensure that their children attend better schools in bigger cities, so when he was in elementary school, his family moved from the rural county to the city of Suncheon.

“Ottogi” was not a bad student, but he admits he focus was not on academic pursuits.

“I was smart, but I really didn’t like studying. I always scored pretty high in IQ tests, but I preferred sports over books,” he adds.

“And, I preferred full-contact sports rather than kicking or passing around balls.”

He was a gifted athlete even as a youth, winning a national gold medal in taekwondo, a discipline in which he now holds a fourth-degree black belt.

Kim was inspired to practice martial arts because he was a small child, and wanted to grow to become “the strongest man in the world.”

He also had a strong distaste for injustice, and his training also fuelled a desire to defend his peers who were picked on by bigger kids.

“When I was in school, I couldn’t stand watching strong kids bullying weak ones. I took it upon myself to protect the victims,” Kim says. 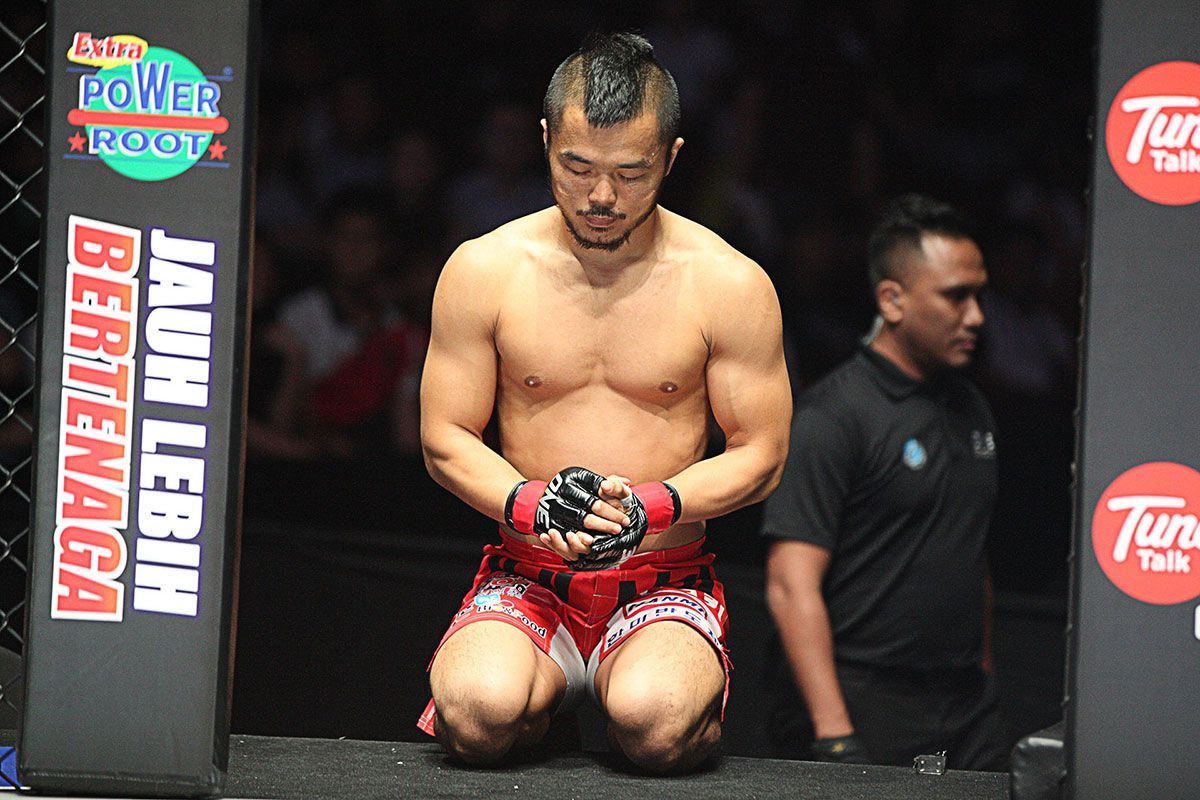 Kim’s comfortable life was shattered in 1997 when South Korea was hit by the Asian financial crisis.

Bankruptcies of big businesses caused surging levels of unemployment across the country, and parks in the capital Seoul at the time were littered with tents housing people who suddenly found themselves out of work and unable to make their mortgage payments.

Though “Ottogi’s” family did not end up on the streets, the economic trouble hit them hard. He was in the fifth grade of elementary school when the large restaurant his mother owned in Suncheon went bankrupt and turned their world upside down.

“We used to live in a two-story house, but we were forced to move into a small, rented flat that didn’t even have a bathroom,” Kim says.

“I think we lived in that place for about two or three years until my older brother headed off to Seoul to make money, and my parents and sister followed him shortly afterward.

“Those tough times developed a burning desire to succeed inside me. All I knew how to do was sports, and I made up my mind to be the best I could in this field.” 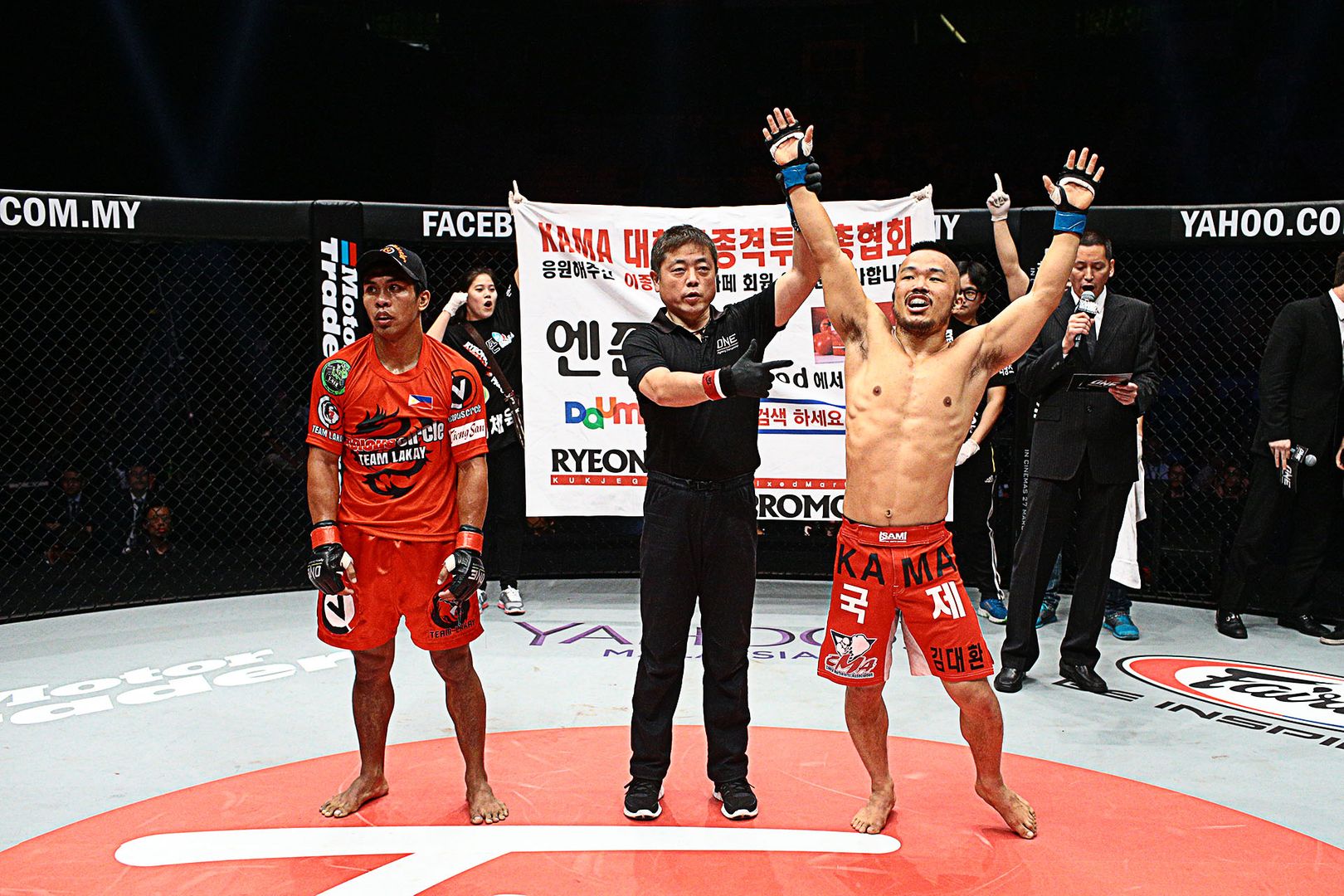 Kim joined his family in Seoul after graduating from high school. Then, after he had completed his mandatory national military service, he began training mixed martial arts at his brother’s dojo.

“My older brother switched from teaching taekwondo to Muay Thai when I was in high school, and I followed in his path,” Kim says.

His transition to the new, booming sport gave him the opportunity to earn more money than in taekwondo – if he was successful. Luckily, he adapted to all facets of the sport like a natural, and made a spectacular debut by winning a one-night, eight-man tournament.

He went on to build an undefeated run of 8-0-1 in Korean promotions, which earned him a KAMMA Bantamweight Championship, and a ONE Championship contract in 2013.

Though he suffered his first professional defeat against Bibiano “The Flash” Fernandes, he rebounded, and has scored five wins since then to become one of the division’s most respected and experienced competitors.

“My fondest memories as an athlete were at ONE Championship matches,” he adds. 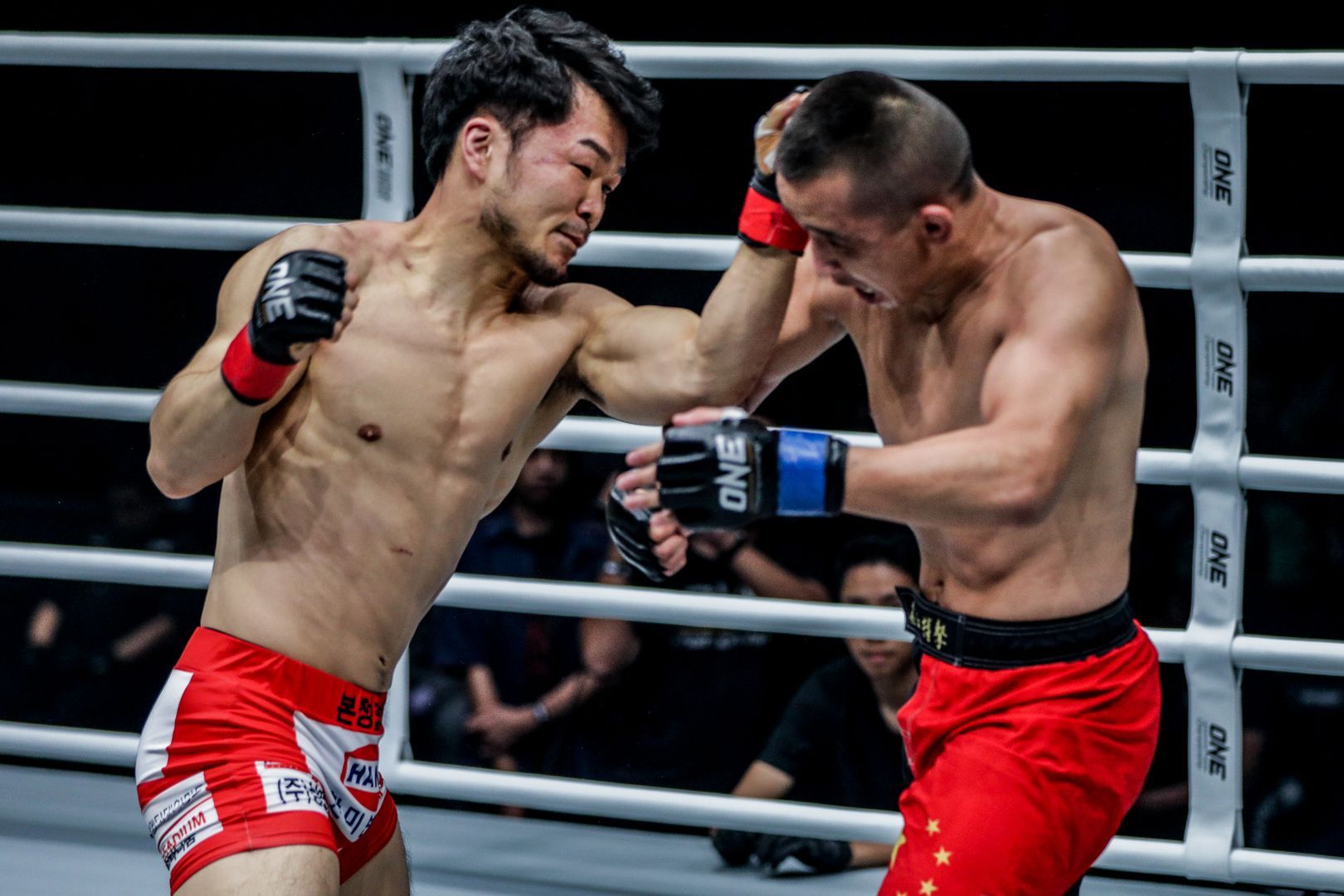 Despite his success, the time has come for Kim to make a change in his career, and he will compete in the flyweight division for the first time in The Home Of Martial Arts.

The weight class has experienced a surge in attention this year because of the ONE Flyweight World Grand Prix, which will also conclude at ONE: CENTURY PART I, and “Ottogi” wants to establish himself as one of the top competitors among a stacked field of exciting athletes.

“Ottogi” says he eventually hopes to take on more challenges at bantamweight, and even strawweight, but for now his focus is on a dangerous knockout artist from Japan.

If he can defeat Wakamatsu, he will set himself up for even bigger and more high-profile match-ups.

“Before I get older, I want to dominate the flyweight division and secure a chance to face Demetrious Johnson, and then go even further.”