North America’s collegiate wrestling scene has produced some of the finest mixed martial artists in the world today.

Amateur wrestlers are notoriously known for their immense strength, grappling prowess, and mental toughness, which is developed through several hours of rigorous training per week.

Following college, some athletes decide to extend their careers by transitioning into mixed martial arts. By using wrestling as a base, they can acquire the striking and submission skills necessary to climb to the top of the sport.

Look no further than two-time NCAA Champion and former Olympic wrestler Ben Askren, whose grappling mastery led him to the ONE Welterweight World Title in August 2014.

However, he is just one of many North American collegiate wrestlers in mixed martial arts who has found success. Here are five others who are flying high in ONE Championship. Troy “Pretty Boy” Worthen, who now trains at Evolve in Singapore, owes much of his astonishing mixed martial arts success to his amateur wrestling background.

When the Lakeland, Florida native was 14 years old, he followed in his older brother’s footsteps and started wrestling.

He later enrolled in the University Of Central Florida, joined the school’s wrestling team, and earned an NCWA Southeastern Conference Championship and All-American honors.

“Pretty Boy” is undefeated at 7-0, recently dominated Mark “Tyson” Fairtex Abelardo, and emerged as one of the promotion’s top bantamweights. 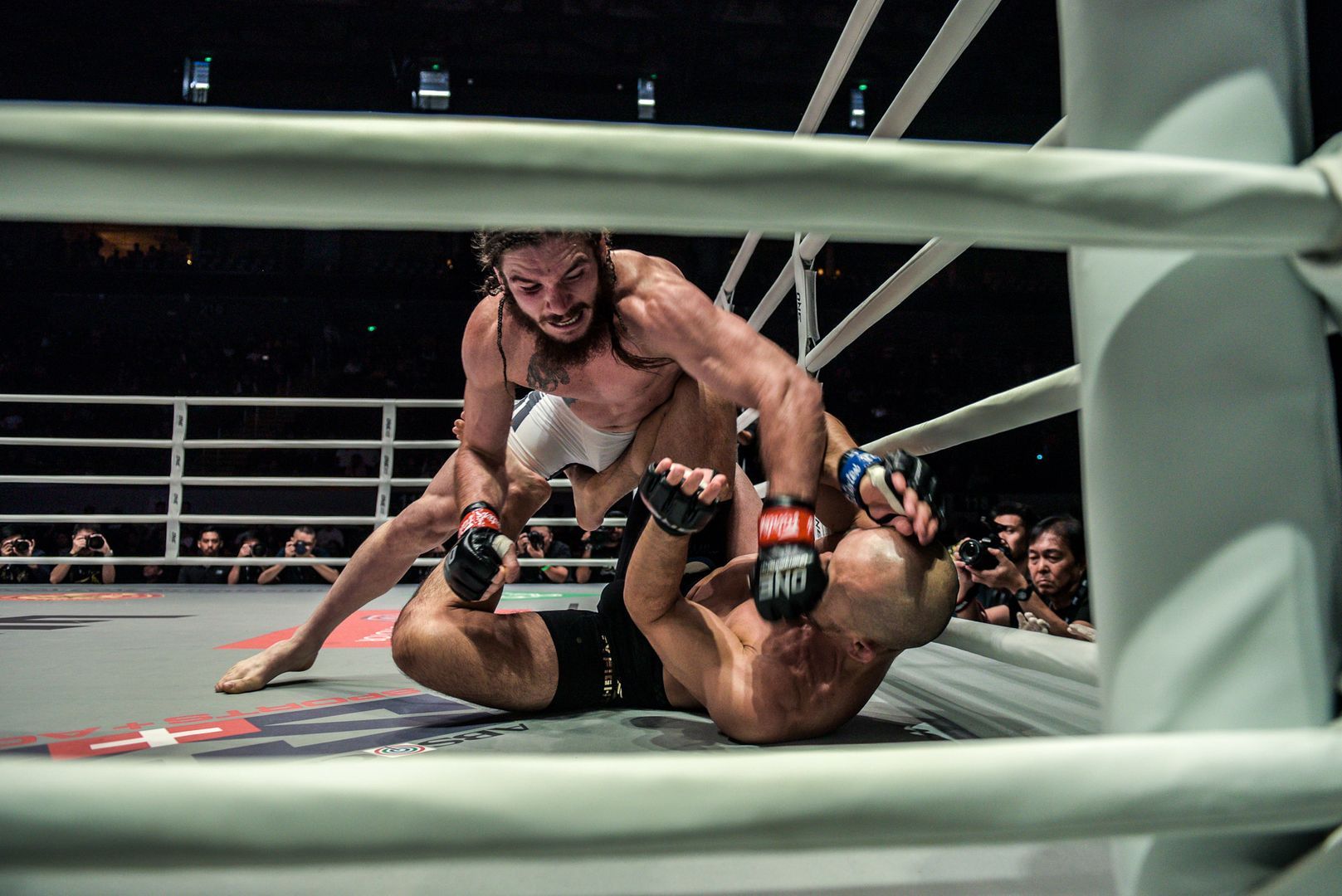 James Nakashima has become one of the top contenders in the welterweight division, thanks in large part to his grappling repertoire.

The American attended Lincoln College in Illinois and wrestled for the school in 2007. Two years later, he won the NJCAA National Wrestling Championship at 174 pounds and was even named the valedictorian of his graduating class.

After earning his Associate’s degree, Nakashima continued his studies at the University Of Nebraska and competed for the NCAA Division I powerhouse. He trained alongside Olympic gold medalist Jordan Burroughs and became a 2012 NCAA Championships qualifier.

In 2015, the American followed the path of many other decorated wrestlers and made the switch to mixed martial arts. He has racked up a spotless 12-0 record and even claimed the LFA Welterweight Title.

The next belt he wants to win is the richest prize in the sport – the ONE Welterweight World Championship, which is currently held by Kiamrian Abbasov.

Andrew Leone may be best known as the co-owner of Bali MMA and a former ONE World Title challenger, but the American bantamweight is also a well-accomplished wrestler.

The Long Island native was a two-time All-State wrestler in New York during high school, and he received a scholarship to Missouri Valley College in 2008.

Leone, however, did not stay there for too long. He was enthralled with the developing mixed martial arts scene in North America and after participating in some unsanctioned bouts, he moved to Bangkok, Thailand to embark on a true martial arts adventure.

That journey led him to various promotions in Asia, but in May 2013, he signed with ONE Championship. He ripped through his next three opponents and earned a World Title bout with ONE Bantamweight World Champion Bibiano “The Flash” Fernandes in August 2017.

Although he didn’t win the gold that night, he remains committed to his quest for mixed martial arts glory.

Canadian-Indian heavyweight sensation Arjan “Singh” Bhullar had wrestling in his blood, and he realized his vast potential very early in his life.

The heavyweight contender initially learned the grappling art during his childhood in Vancouver, British Columbia, Canada from his father, who was a decorated champion in the family’s ancestral homeland of India.

Bhullar developed his skills, attended Simon Fraser University, and became a two-time NAIA Wrestling Champion. He would later win a gold medal at the 2010 Commonwealth Games and compete in the 2012 Summer Olympic Games.

The Canadian wrestler transitioned to mixed martial arts in November 2014 and has since compiled an incredible 10-1 professional record.

Now, he is scheduled to challenge the man below for the ONE Heavyweight World Championship at ONE INFINITY 1 on 29 May. 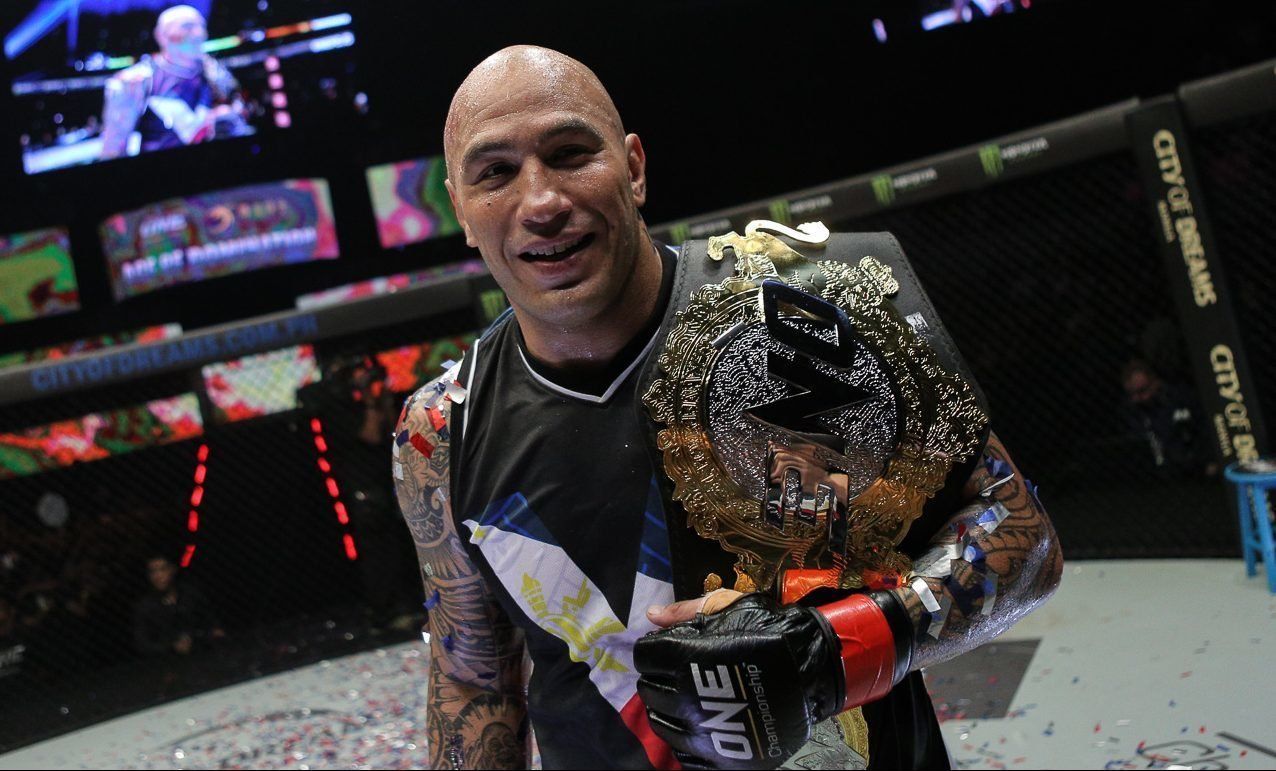 ONE Heavyweight World Champion Brandon “The Truth” Vera may be known as the most devastating knockout artist in his division, but before he became a lethal striker, he was a bonafide grappler – and a talented one, too.

The Filipino-American was a standout wrestler at Lake Taylor High School in Norfolk, Virginia and earned a four-year scholarship to Old Dominion University.

However, Vera quickly realized college was not for him. He left the school, enlisted in the Air Force, joined the military branch’s Greco-Roman wrestling team, and even practiced at the United States Olympic Training Center.

In July 2002, he made the jump to mixed martial arts. Although “The Truth” had the wrestling skills, he added Brazilian Jiu-Jitsu and Muay Thai to the mix, which turned him into a well-rounded athlete.

After competing in North America’s most respected promotions for a dozen years, he made his ONE Championship debut in December 2014 and claimed the inaugural ONE Heavyweight World Title a year later.