A new contender will join the race for a shot at the ONE Heavyweight World Championship when Arjan “Singh” Bhullar makes his highly anticipated debut this Friday, 2 August.

The Olympic wrestler will compete in ONE Championship for the first time at ONE: DAWN OF HEROES when he faces Mauro “The Hammer” Cerilli in Manila, Philippines.

Bhullar has already put together an impressive résumé as a professional in his new sport, but now he is part of the world’s largest martial arts organization, he has his eyes on the biggest prize, as well as helping to expand the sport in his motherland.

Ahead of Bhullar’s debut at the Mall Of Asia Arena, the 33-year-old explains how his unique upbringing has led him to the global stage.

My dad immigrated to Canada at a young age, never having saw his father (my grandpa left India for Canada while my grandma was still pregnant with my dad). He came into South Vancouver in 1971, into a home my grandfather worked 11 years to save $8k for. Dad wrestled in high school and had dreams to compete intetnationally. He put the same time and sacrifice into me making the @olympics. He was at every tournament (my mom eventually got a job at Air Canada so she could be with him while he competed overseas) and oversaw every practice. With my first child on the way, I now understand the extent of his commitment to me. He helped establish the Bhullar Wrestling Club decades ago, which still runs as a non-profit today providing free coaching to dozens of community kids. Thank you Dad, for all that you've done and continue to do for me, our family, and for the many athletes that you've inspired with your selflessness #WeAllPlayForCanada #GoCanadago @CanadianTire

Bhullar’s entire family – from his parents to aunts, uncles, and grandparents – relocated from India to Canada before he was born, and he spent all of his formative years surrounded by loved ones.

“My upbringing was very traditional. I come from a traditional family. We all lived together under one roof,” Bhullar explains.

“There were 20 of us. We got a big old farmhouse, and everyone lived there.”

As crowded as that might sound, Bhullar says he could not imagine growing up any other way because he was constantly surrounded by family and he loved it.

“There was never a dull moment,” Bhullar laughs.

“At the end of the day, you can always count on family. Everyone always sacrificed for each other.

“I’ve been able to focus entirely on athletics my entire career because of the family’s sacrifice for me in terms of my nutrition, [which allowed me to focus on] just being a full-time wrestler and a full time mixed martial artist. I’m truly blessed for that.”

The ability to represent the #mapleleaf as an Olympic Wrestler was always a great #honor and #privilege for me. This beautiful country has provided my family and I a chance to build an amazing life for ourselves. While competing and traveling to over 30 countries around the world we were always celebrated and welcomed with open arms because of the reputation of #Canadians. Happy birthday Canada and thank you, eh! . . #happycanadaday #canadaday #TeamBhullar #OneBillionStrong

A post shared by Arjan Singh Bhullar (@theonearjansinghbhullar) on Jul 1, 2019 at 3:00pm PDT

Bhullar’s introduction to martial arts came through wrestling, which was the sport his father excelled at while living in India.

The nation has a tradition of producing world-class wrestlers, and Bhullar’s father was proud to be raised in that system before passing his knowledge along to his children.

“Everyone wrestled. My dad was a wrestler before in India. He was our coach in high school in wrestling for many, many years,” Bhullar says.

“There are videos of me in diapers already in the gym watching my dad train. You grow up with that deep inside your system. It’s a unique way to grow up.”

His father’s success put a lot of weight on his son’s shoulders, so he took his training very seriously so he could live up to expectations.

“Because of my dad’s success in our community and our sport, I was always known as his kid growing up,” Bhullar explains.

“There was a lot of pressure with that, and also a lot of responsibility.”

Living For Someone Else

Contrary to many fight game stereotypes, I was blessed as a child and had a great upbringing. We traveled the world as a family with multiple stops in #Hawaii. First time back since I was a young kid with my parents and siblings and it feels like it was yesterday! Can't believe after all those years life has me fighting in the @ufc today and playing in the sand with my own child already. Love it. The circle of life is amazing. Time stops for no one. . . #grateful #thankful #hopeful #childhood #adulthood #love #life #dream #create #beach #beachlife???? #beachwear #beachparty #saturdayvibes #saturdaymorning #TeamBhullar #OneBillionStrong

Bhullar’s hard work paid off as he achieved fantastic success a wrestler.

He was named 2009 Wrestler of the Year in his adopted homeland, and then went on to win a gold medal at the 2010 Commonwealth Games in Delhi and compete at the 2012 Olympic Games in London, England.

In 2014, the heavyweight athlete turned his talents to mixed martial arts, and he took to his new sport like a duck to water.

However, he soon faced responsibility at home that he admits no amount of training had prepared him for.

“My biggest hardship has been outside the sport, to be honest. I got married, I had a kid, and that’s been the biggest challenge for me,” Bhullar says.

“I’ve been doing wrestling my whole life. I know how to compete. I know how to train. I copied the same formula for mixed martial arts. Getting married and having a kid was a huge challenge.”

He says that he was scared knowing he now has people that depend on him, and he feared he could not give his athletic goals the focus he needed.

Luckily, his family was there to help give him the support he needed to stay on course in his career.

“Training and competing, I’ve done that forever. It’s selfish being an athlete. Now you have to learn to live for someone else and think of them first,” Bhullar explains.

“The whole family came together even for that, which is a tremendous amount of support. I’m lucky to have that in my life.”

It's a done deal folks! A new promotional contract has been signed and a new fight agreement is also in place. I'd like to thank my team @caa_combatsports for doing a fantastic job over the last several weeks with negotiations. We had multiple offers on the table to consider, but there was a clear winner in our eyes. Official announcement and more details to come. . . #TeamBhullar #OneBillionStrong

A post shared by Arjan Singh Bhullar (@theonearjansinghbhullar) on Jul 3, 2019 at 9:16am PDT

Bhullar arrives in The Home Of Martial Arts with an impressive 9-1 record and designs on the ONE Heavyweight World Title, but that is not all.

As a proud Indian, “Singh” wants to pave the way for some of the billion-strong population from his ancestral home.

The country has a long and rich martial arts culture, and he would like to see that reflected on the global stage.

“My goals when I got into the sport were to be a World Champion and [create] a lasting legacy by opening up the market in India, and champion the sport in the country, which I know I can do,” Bhullar says.

“[ONE] signed a huge TV deal in India. They’ve said that they hope to expand into India in 2020 and they need a hero.”

If Bhullar can begin with a win against a dangerous former ONE Heavyweight World Title Challenger like Cerilli, he will start to fill those shoes. 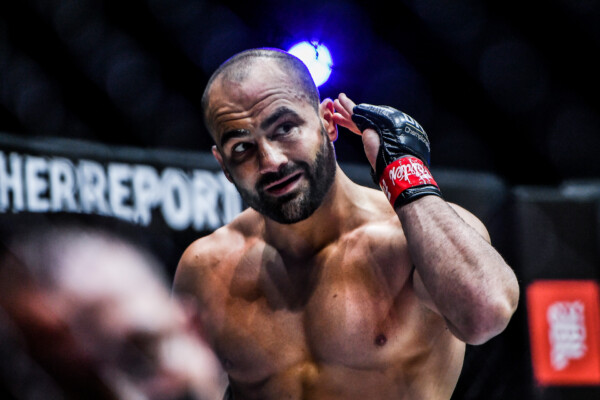