Tiffany “No Chill” Teo has received the biggest opportunity of her perfect martial arts career, and she is not wasting any time preparing for it.

The unbeaten Singaporean is scheduled to clash with “The Panda” Xiong Jing Nan (13-1) for the inaugural ONE Women’s Strawweight World Championship at ONE: KINGS OF COURAGE, which broadcasts live from the Jakarta Convention Center in Indonesia on Saturday, 20 January.

Teo (7-0) can make history on that fateful night, but knows it will not be easy.

“It takes a lot of discipline and hard work to be a world champion,” the 28-year-old begins. “We see how people change after they become the champion, so I feel like you need to stay humble, grounded, and continue to work hard.”

The hard work has not stopped for Teo. In fact, the real work has just begun.

Following her dominant victory over India’s Puja Tomar at ONE: IMMORTAL PURSUIT back in November, she went to Phuket, Thailand for a short vacation, and visited some friends who were training at Tiger Muay Thai & MMA, known as TMT for short.

While at the facility, she was impressed — not only with the gym’s enormous campus, but with the dizzying amount of talented women who were there to enhance their respective skill sets.

“I realized there were a lot of female professional athletes training in Muay Thai and martial arts, and the lack of female sparring partners has always been a big issue for my training camps in Singapore,” she admits.

Teo started her training camp in December with former ONE warrior Major Overall at his Singapore-based Team Highlight Reel, and then left halfway through the month to continue her preparation with TMT. 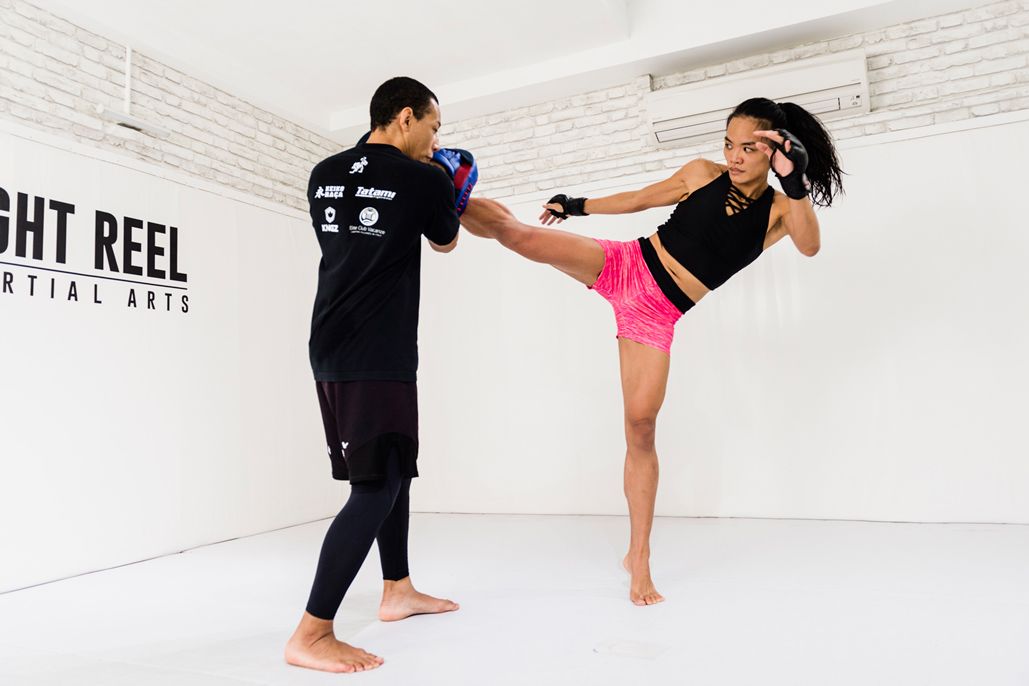 At the Phuket-based mega gym, she trains two to three times a day. The morning sessions usually consists of no-gi Brazilian jiu-jitsu or wrestling, the afternoon sessions consist of pad work, and evenings are devoted to personal training. She also spars twice a week, on Mondays and Fridays.

Besides receiving instruction from some of the best trainers on the planet, Teo was drawn to TMT because she gets to spar with the gym’s highly regarded professional female martial artists.

“It is one of the keys to this match preparation, especially for Xiong Jing Nan,” she states.

The weekends are a bit lighter. Saturdays consist of some grappling and personal training, and she takes Sundays off to let her body recover.

“I just go to the beach and chill,” says the typically relaxed athlete. “I like the beach. It is very calming, so I will go to the beach, get a good cheat meal, and dream about how I will win the belt.”

Although “The Panda” is training just five minutes away at TMT’s rival gym, Phuket Top Team, the two martial artists have yet to run into each other.

That is just as well. She is too focused on the task at hand, which is bringing the ONE Women’s Strawweight World Championship back to Singapore, and becoming the second female martial arts world champ to represent the country, alongside reigning and undefeated atomweight world titleholder “Unstoppable” Angela Lee. 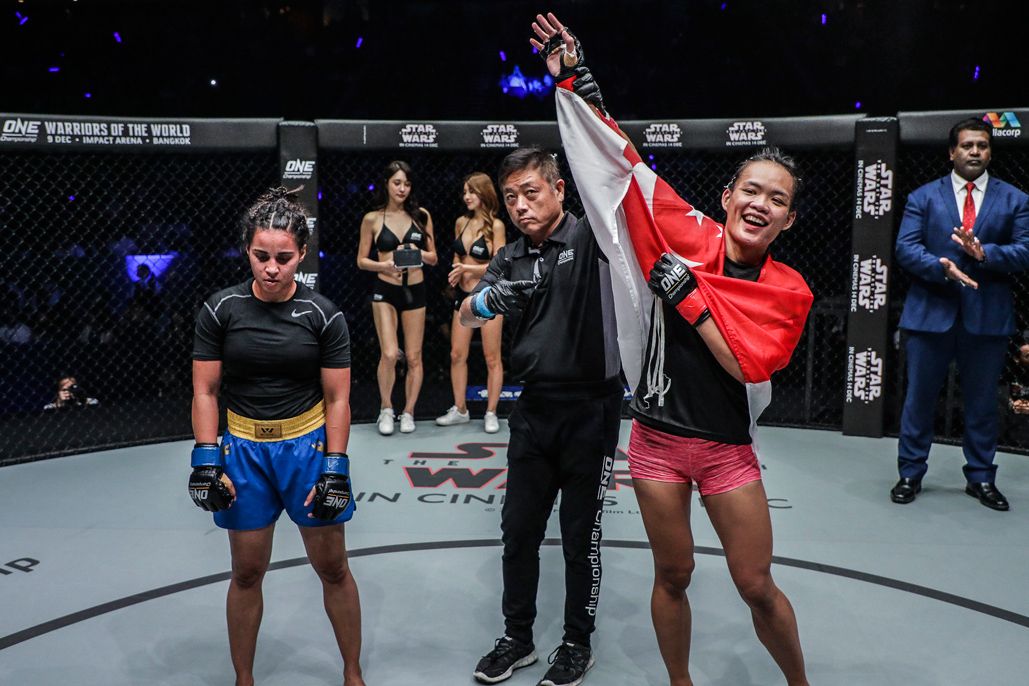 Teo absolutely loves her home nation, and wants to hold the belt up high for Singapore, but she acknowledges that training in another country has allowed her to concentrate without any distractions.

“Over here in Phuket, I like it because my focus is 100 percent on this training camp,” she says. “Back in Singapore, although I am still preparing for a match, I have other commitments just being in Singapore. I have to think about my family, friends, etc. But over here, I am fully focused on training.”

In just a few weeks, the world will see how much that focus pays off.