Stefer “The Lion” Rahardian (9-1) has tasted victory several times in ONE Championship, and over the past few years, he has emerged as Indonesia’s most popular martial arts hero.

Despite his newfound fame, and his tremendous success inside the cage, the 31-year-old points to one important battle as the breakthrough performance of his career.

In January 2017, five months removed from capturing the ONE Jakarta Flyweight Tournament Championship in his first promotional appearance, he made his return to The Home Of Martial Arts.

Rahardian squared off against martial arts veteran Jerome S. Paye at ONE: QUEST FOR POWER, which took place at the Jakarta Convention Center.

Rahardian battled through adversity before even stepping foot in the cage.

Several days prior to the event, the Indonesian fell ill, which made the end of his training camp particularly excruciating.

“I practiced very hard to win the match, but I was struck with a fever just a week before I had to fight,” he confesses. “Luckily, it only lasted for a couple of days.”

He made it to the Jakarta Convention Center in good health, and had a very specific game plan in store for Paye. 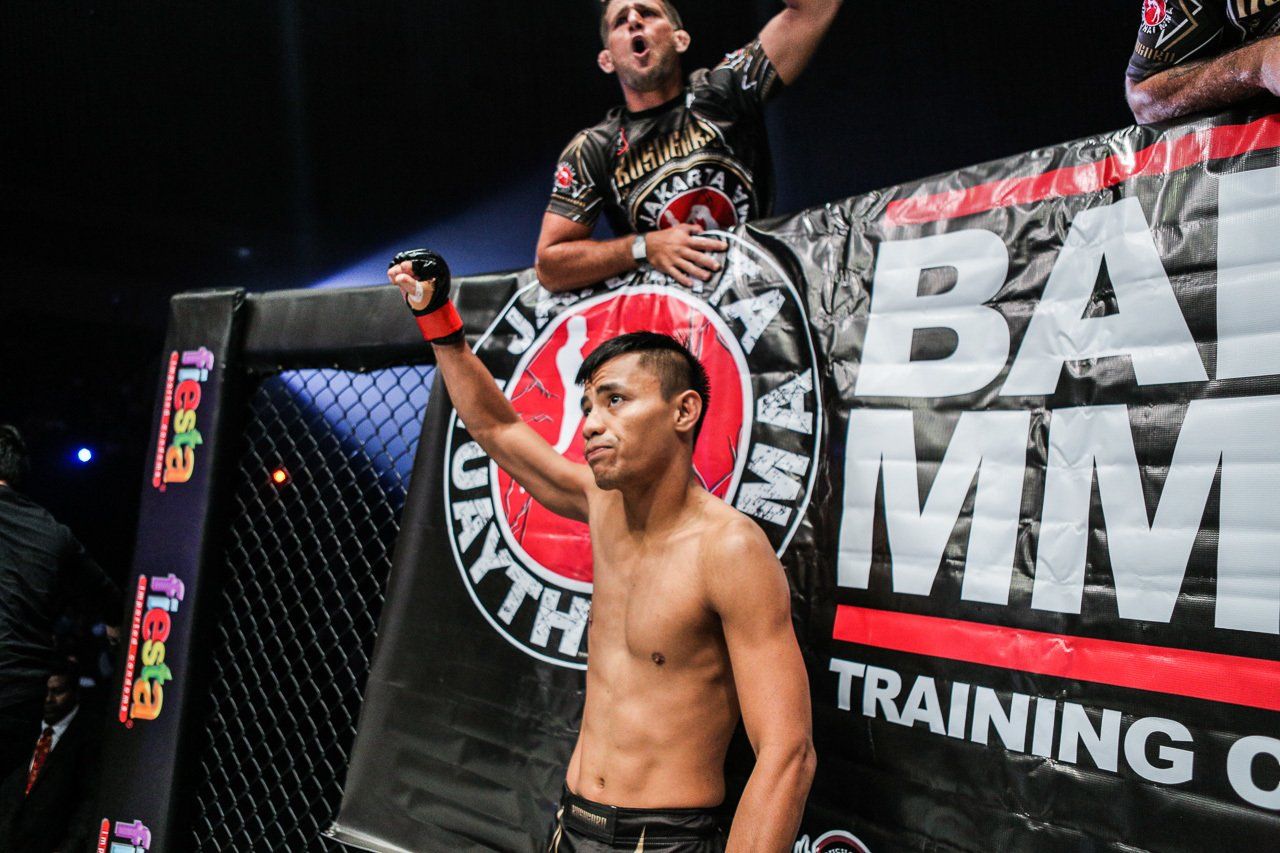 “The Lion,” who split his training camp between Jakarta MMA and Bali MMA, was known as a grappling wizard.

He held a BJJ brown belt under Carlson Gracie, and complemented his ground game with formidable wrestling.

Instead of leaning entirely on his grappling acumen, however, he opted to flash his rarely seen stand-up arsenal. That was certainly a risk, as his Jakarta-based Liberian adversary had an extensive striking background, and held a third-degree black belt in taekwondo.

“In every bout, I have always sought measures to use my Brazilian jiu-jitsu and grappling techniques. But in this case, I decided to use my strikes,” acknowledges the Indonesian, who quickly won both his previous matches via submission.

“My coach told me to hit Paye with strikes, and to seek submission opportunities if he goes down.”

In the first round, Rahardian engaged in a clinch battle with Paye. The Indonesian applied pressure against the cage, and searched for openings to connect with strikes. They closed out the final minute of the opening stanza by trading shots in the center of the ONE cage.

The clinch battle continued in the second frame. Soon, however, the pair were separated by the referee, and engaged on their feet.

Rahardian defended his rival’s kicks, pushed forward with short punches, and later tried for a single-leg takedown, which proved to be unsuccessful.

Still, heading into the final round, “The Lion” had the edge, and stuck to his team’s game plan.

“Throughout the fight, I did not do anything else but to listen to the instructions from my coach and teammates,” he explains. “I have always believed in my team to create the best winning strategy.” 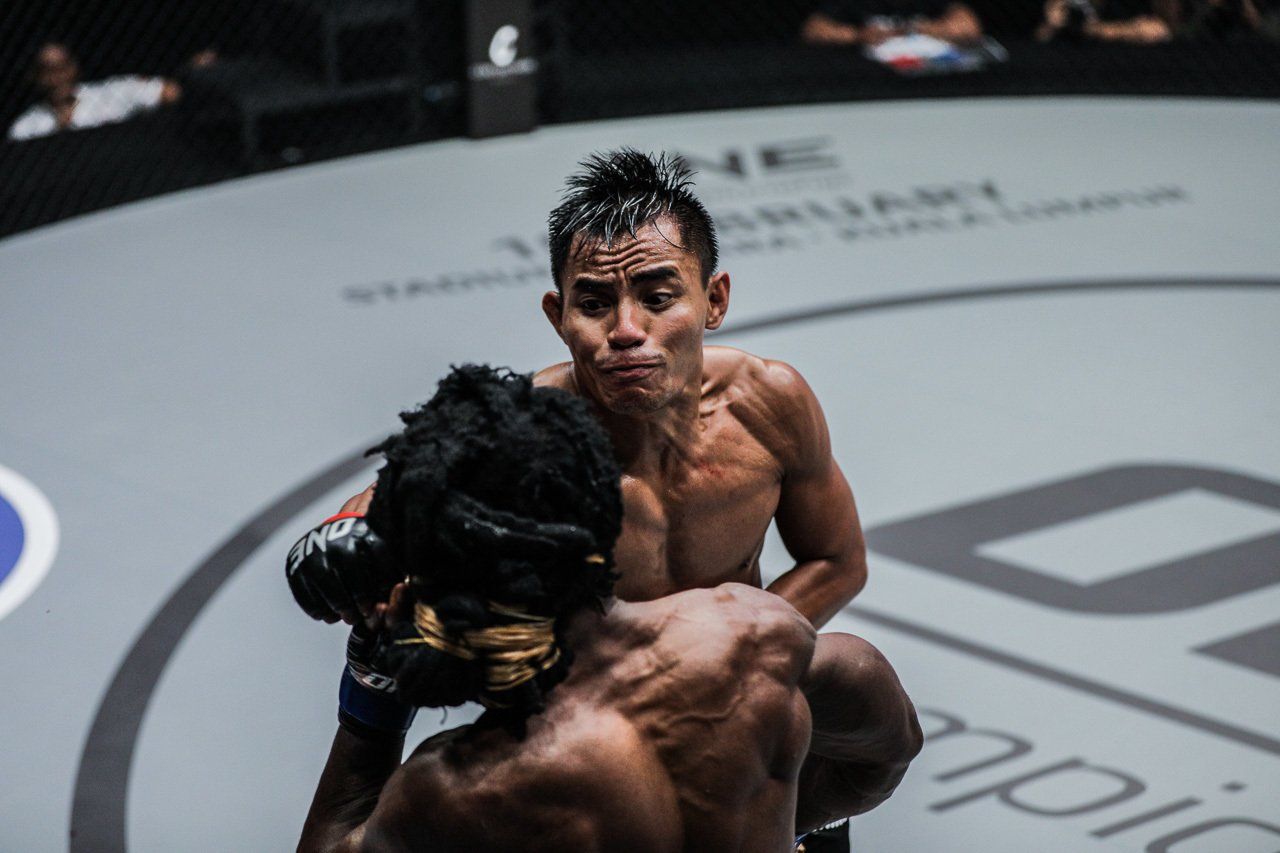 It was a close match, but just seconds into the third round, Rahardian put himself ahead.

The Indonesian kept his hands up high, remained tight in his stance, and then dropped his foe with a straight right. He immediately pounced, but the Liberian recovered, and defended multiple takedown attempts.

Once they separated, “The Lion” backed up Paye, caught him with more counter rights, and wore him down with his smothering clinch attack against the cage.

After 15 minutes of action, Rahardian had done enough to leave the Jakarta Convention Center with a hard-earned unanimous decision.

“My most memorable victory was when I defeated Paye, because it took me to the next level in ONE Championship,” the Indonesian says.

“It is by far my best victory, as it gave me more confidence to fight better. My only goal was to train harder to face my next opponents.” 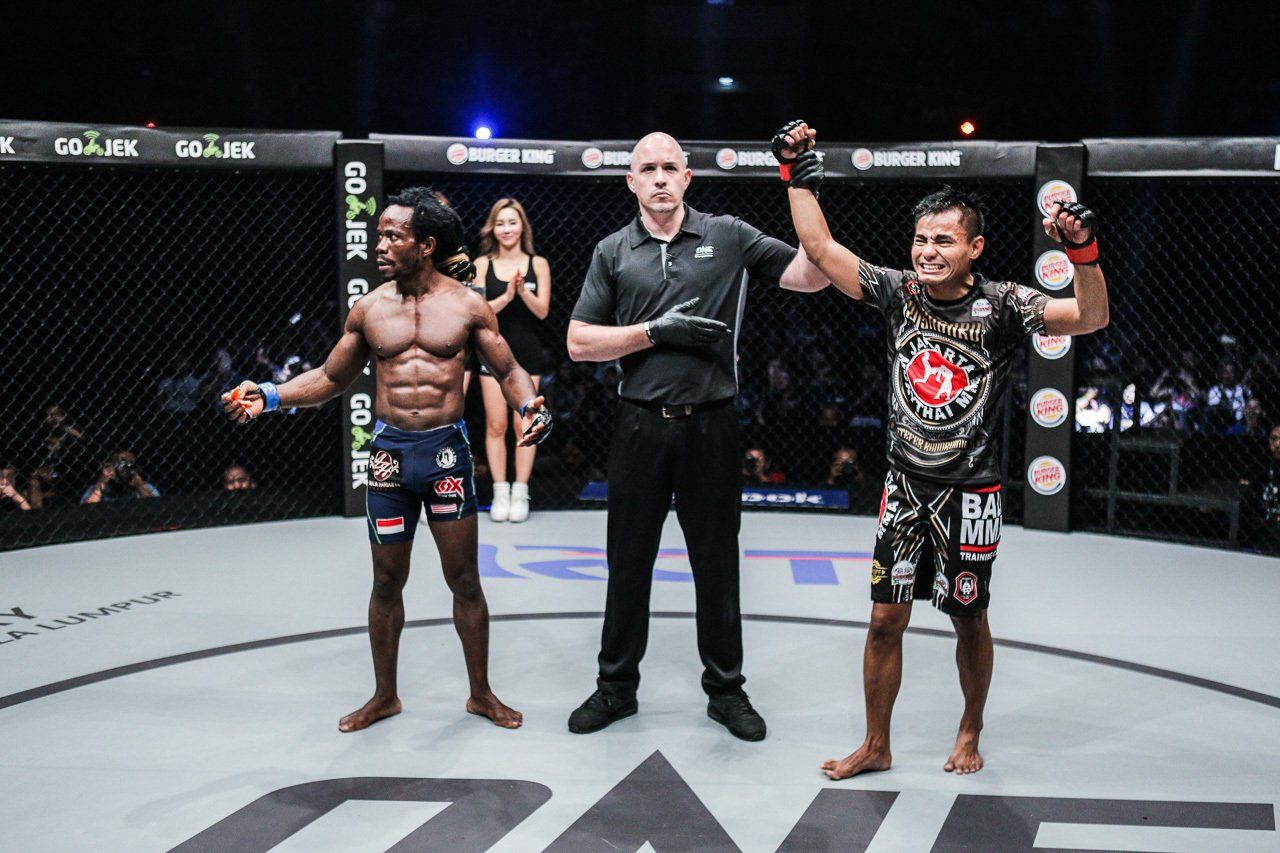 By defeating an accomplished veteran like Paye, “The Lion” proved he belonged in the world’s largest martial arts organization.

Rahardian, however, is a humble warrior. He knows he could not succeed by himself, so he credits Bali MMA for supporting him in all of his endeavors.

“The only keys for me to win are having faith in my team, to believe in my own abilities, to work hard, and to respect everyone,” he says.

“I never underestimated my opponents. For me, in achieving victory, it requires training, consistency, discipline, and serious hard work, as I always think that ONE Championship fighters are all above my level.” 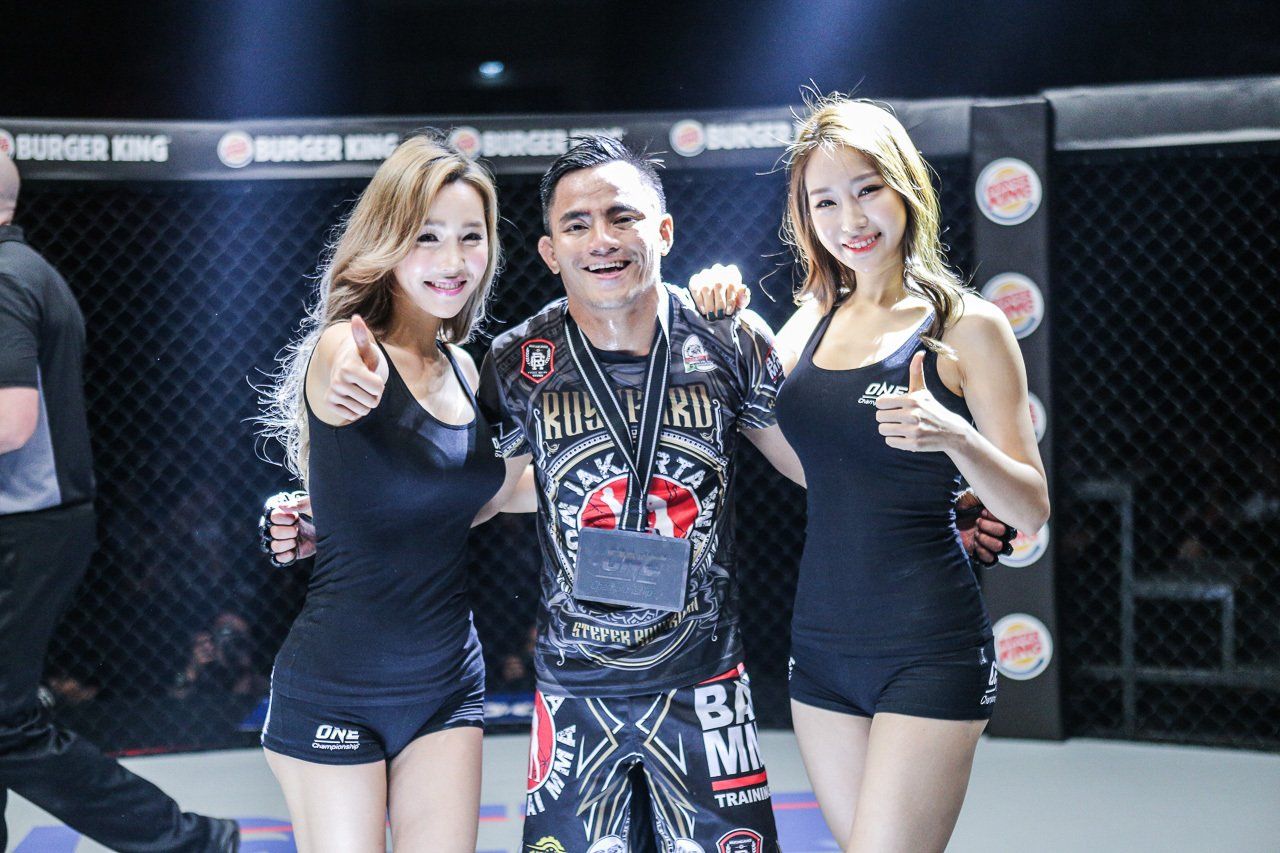 Rahardian will return to the Jakarta Convention Center on Saturday, 22 September.

He will face Chinese wrestler Peng Xue Wen at ONE: CONQUEST OF HEROES, and hopes to climb the strawweight ranks with another stellar performance.