Each time ONE Championship’s heroes enter the cage, they do so with more on the line than people can imagine. Months of preparation, hard work, and sacrifice inevitably boil down to a single evening, when the light of Asia’s grandest stage for martial arts shines down upon them.

For every one of our athletes, there is nothing more revealing than when they perform in front of thousands of roaring fans. Each bout, aside from the fireworks produced, is a reflection of who they are as warriors, and as the world’s greatest competitors, a lot is at stake each time they head out to the battlefield.

Let’s take a look at what’s at stake for some of the warriors at ONE: LIGHT OF A NATION in Yangon on 30 June. 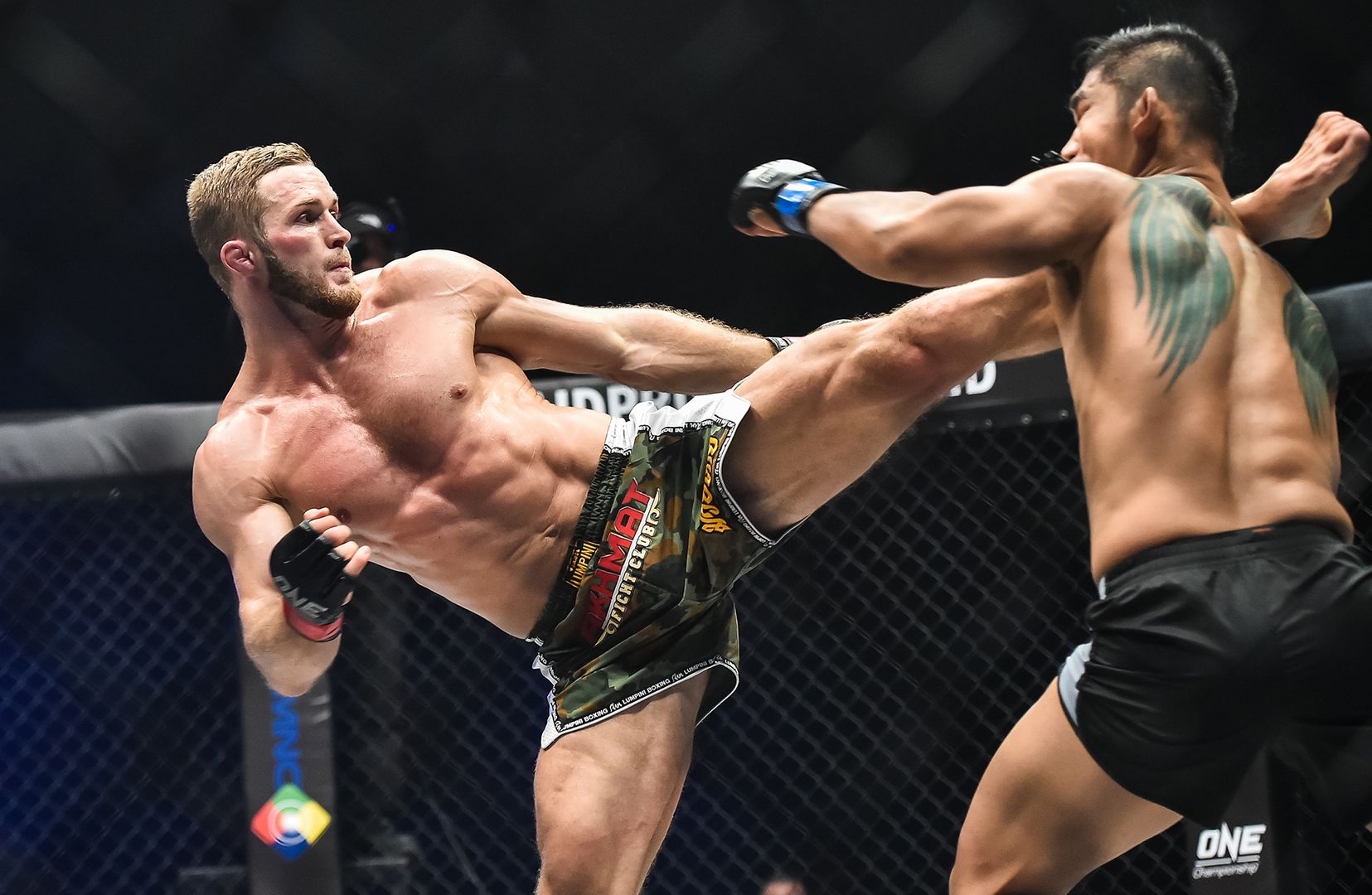 He is the undisputed ONE Middleweight World Champion, and arguably one of the toughest men in the entire sport, proven by undeniably awe-inspiring performances. He burst onto the scene with a come-from-behind victory over former champion Igor Svirid, picking himself up off the canvas several times to capture the title in glorious fashion.

For all intents and purposes, Vitaly Bigdash is as dominant a champion as they come. After nine wins without a loss, he has come to the apex of his career, with the covered ONE championship belt strapped around his waist.

When he steps into the cage this Friday, it would be to face a familiar opponent. Not Aung La N Sang, the Myanmar warrior whom he defeated in his last bout, but tribulation and doubt, two familiar elements in his run up to the title. The only difference is that this time, a victory means establishing his reign as the king of the division.

If Vitaly Bigdash can once more overcome the challenge posed by a better-prepared Aung La N Sang, this time in front of the latter’s hometown crowd, he will not only retain his title, but also confirm his status as the best middleweight in the world. Judging by their first action-packed bout on a warm January night in Jakarta, the rematch promises an epic conclusion to a great modern-day rivalry. Given every advantage possible, the “Burmese Python” Aung La N Sang is poised to deliver a career-defining performance in front of his hometown crowd in Yangon.

There, fans don’t just cheer him on like a hero, they chant his name loud enough to shake the stadium. Aung La N Sang enjoys this following wherever he goes in Myanmar, the place he first built his dreams.

To win a world title for his country would be the greatest achievement in his 12-year professional career. From testing his talents across the continental United States to finally realizing a lifelong dream of returning to Myanmar, Aung La N Sang’s glorious run as a martial artist comes to a climax on Friday night.

Will he be able to put on the performance of a lifetime? It’s his second opportunity to capture the gold. Not many get another chance. If he can beat the odds and claim the belt, then the world is his. The ONE Middleweight World Championship hangs in the balance.

After such a brilliant promotional debut – a five-round Fight of the Year against Angela Lee for the ONE Women’s Atomweight World Championship – 34-year-old Mei “V.V” Yamaguchi is certainly due for a much-needed victory inside the ONE Championship cage.

Things, however, haven’t been so simple. In her last conquest, Yamaguchi ran into the surging Istela Nunes last August, a Brazilian two-time Muay Thai world champion who proved her mettle, and emerged with a split decision win for her troubles.

Two bouts in, and over a year into her ONE Championship stint, the multiple-time Japanese champion Yamaguchi has yet to find her footing in the promotion. And things will not get any easier with her next bout being against grappling wizard Jenny Huang.

Can Yamaguchi finally turn the corner and earn that victory she undoubtedly deserves? A tough and uneven road lies ahead. Against Huang, Yamaguchi will have to utilize every bit of experience she has amassed over the course of a decades-long career.

Life hasn’t been easy for the two-time Brazilian jiu-jitsu No Gi world champion. After conquering a growth disorder, bullying, and childhood obesity, Bruno Pucci changed his life through martial arts, and reached the pinnacle of BJJ. After winning his first three bouts as a professional mixed martial artist, 26-year-old ran into Major Overall, who kicked his career into uncertainty with a knockout.

He returned more than a year later, revitalized from the long rest, to earn a much needed victory over Anthony Engelen, only to get stopped once more by unheralded Nuerdebieke Bahetihan eight seconds into his last fight.

Since those two harrowing defeats, Pucci has had to reevaluate what he wanted to do with his career. Should he cut his losses and call it a day? Or continue to fight on, putting himself out on the line once more? Just like he has done his whole life, Pucci perseveres, and continues to work as hard as ever. His BJJ career started off in similar fashion, but he still managed to grind his way to two world championships.

Against heavy-handed counter-puncher Jimmy Yabo, a fighter who poses the same sort of problems his two previous conquerors have, Pucci will have to prove his warrior spirit once again to avoid falling to the first two-fight skid of his career.