In the past few years, Garry “The Lion Killer” Tonon has developed into one of the best grapplers on the planet.

The American was awarded his black belt in 2013, and went on to win a host of accolades, including five EBI Grappling Titles.

Now, he is focusing his attention on mixed martial arts competition in ONE Championship under the tutelage of the same man who transformed him into one of the most dangerous submission specialists in the world – John Danaher.

Why Garry Tonon fell in love with BJJ ⤵️

Posted by ONE Championship on Wednesday, October 31, 2018

Long before Tonon considered competing on the global stage for martial arts, he was just a Brazilian jiu-jitsu enthusiast living in New Jersey and training under his coach Tom DeBlass, who comes from the Renzo Gracie lineage of black belts.

However, when “The Lion Killer” went away to college, he found it harder to practice with his mentor.

“It was really hard to travel back to Tom’s every day to train,” he explains.

“I basically went there one day a week, and I was searching for whatever training I could find that met my schedule when it came to jiu-jitsu.”

Tonon started traveling into New York City, and trained at the flagship Renzo Gracie Academy. That was where he first interacted with coach Danaher, during his classes.

Danaher is a black belt under Gracie, and he is well known in the grappling community as an innovative mind in Brazilian jiu-jitsu, as well as something of an enigma. Tonon seems like he was slightly intimidated when they first crossed paths.

“John is a hard person to get close to, even if you’re trying to do it,” he says.

“Overall, he has good days and bad days, and some days he’s really focused on one thing, so he’s not willing to open up and have a conversation with you. He might be a little short with you.

“When I first started training there, I just kind of stayed around the fringes. I didn’t really talk to John, I just took his class like anybody else at Renzo’s.

“I’d shake his hand after practice and say thank you, and I would watch him roll after class. That was the extent of my relationship with John for probably a year and a half, or two years.”

As time passed, Tonon started working with Danaher on a daily basis, and the two struck up a friendship.

The real evolution of their relationship happened when the instructor made “The Lion Killer” a sparring partner for mixed martial arts icon Georges St-Pierre during one of his training camps.

From there, Danaher became Tonon’s primary coach. Titles and recognition on the global level soon followed.

Victory in Manila! Garry Tonon won his second MMA fight here in the Philippines tonight. He took on a very tough and big Rahul Raju and won via rear strangle in the third round. It was an interesting bout, Mr Raju had a big reach advantage and staked his chances on a powerful counter rear hand. Mr Tonon attacked the legs hard in submission exchanges looking to cause enough damage to prevent him sitting on his heavy punches. As the damage to the legs accrued the takedowns came easier and then Mr Tonon switched to back attack system to get the break through. This ends only the seventh month of his MMA training – I am happy he got more time in the cage in this fight and got to feel some of the adversity of a longer fight – all important steps in an athlete’s development. Congratulations to Mr Tonon on a very nice win and deeper progress into the game. Thanks so much to all the sparring partners who helped the preparation – and thanks to all of you for taking an interest in our approach to the game and your support of what we do – hope you all enjoyed the show! ???? Wishing you all the best from the Philippines!

“What Danaher did was very special because, in a period of around five years, he completely turned my jiu-jitsu around, which is very, very rare and very, very hard to do once you reach black belt,” Tonon explains.

“He made me a submission expert in all aspects. Now, I’m nailing submissions on the legs, on the arms, and I’m getting triangle chokes. [I am learning] all these different aspects, [and building] this submission game that I didn’t have the skills to do.”

According to “The Lion Killer,” it was not just the technical aspect of Danaher’s teachings that allowed him to gain so much knowledge, but it was his coach’s approach to instruction that was a game-changer for his career.

“The techniques are one thing – it’s amazing that he has such great mechanics for all these different processes. But even more than that, he has an extremely philosophical approach to the sport that’s very enlightening.” 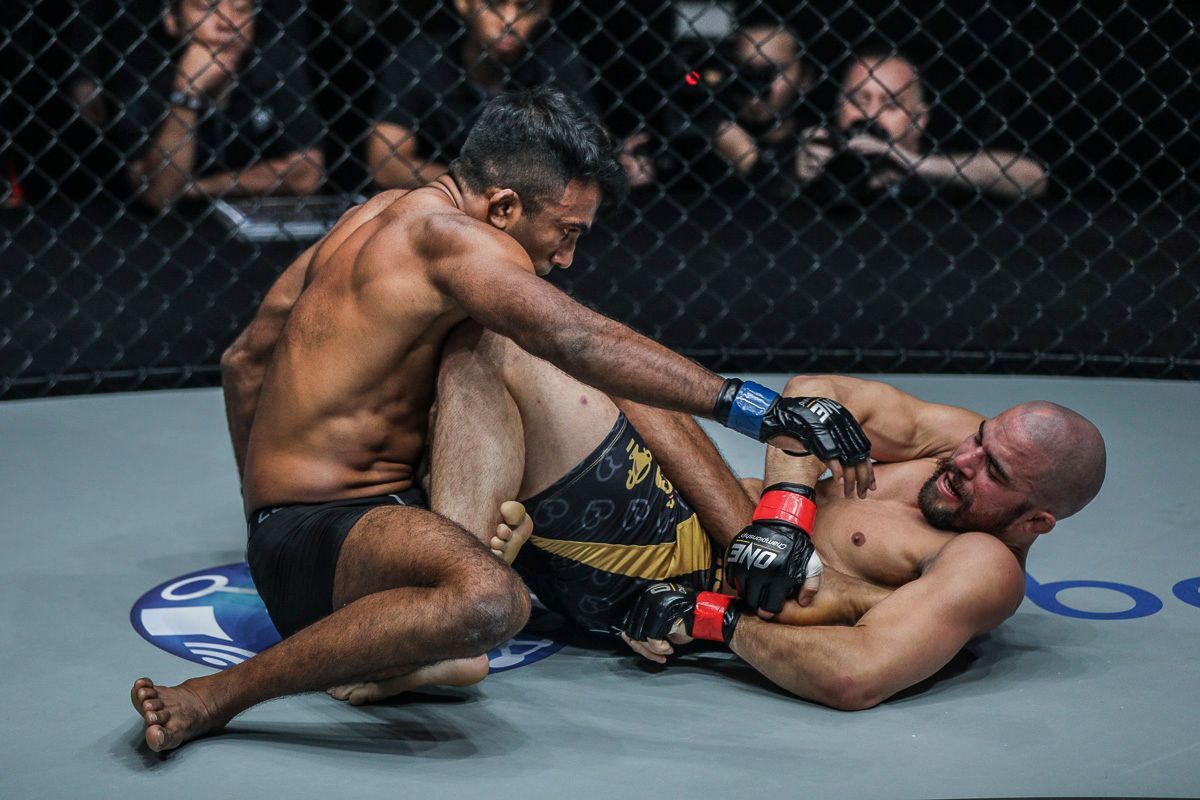 When Tonon decided to make the move from pure grappling to mixed martial arts, he called on Danaher to get him ready because of his experience preparing other world-class athletes for the cage.

“He’s always been helping people with their mixed martial arts careers, but he’s known as a jiu-jitsu master,” the 27-year-old says.

“John has been pretty much my main coach for mixed martial arts. I don’t really have a big number of coaches. My main work is done with John every day.

“I haven’t been going to boxing gyms or doing Muay Thai or going to wrestling workouts – I’ve been pretty much doing mixed martial arts every day.” 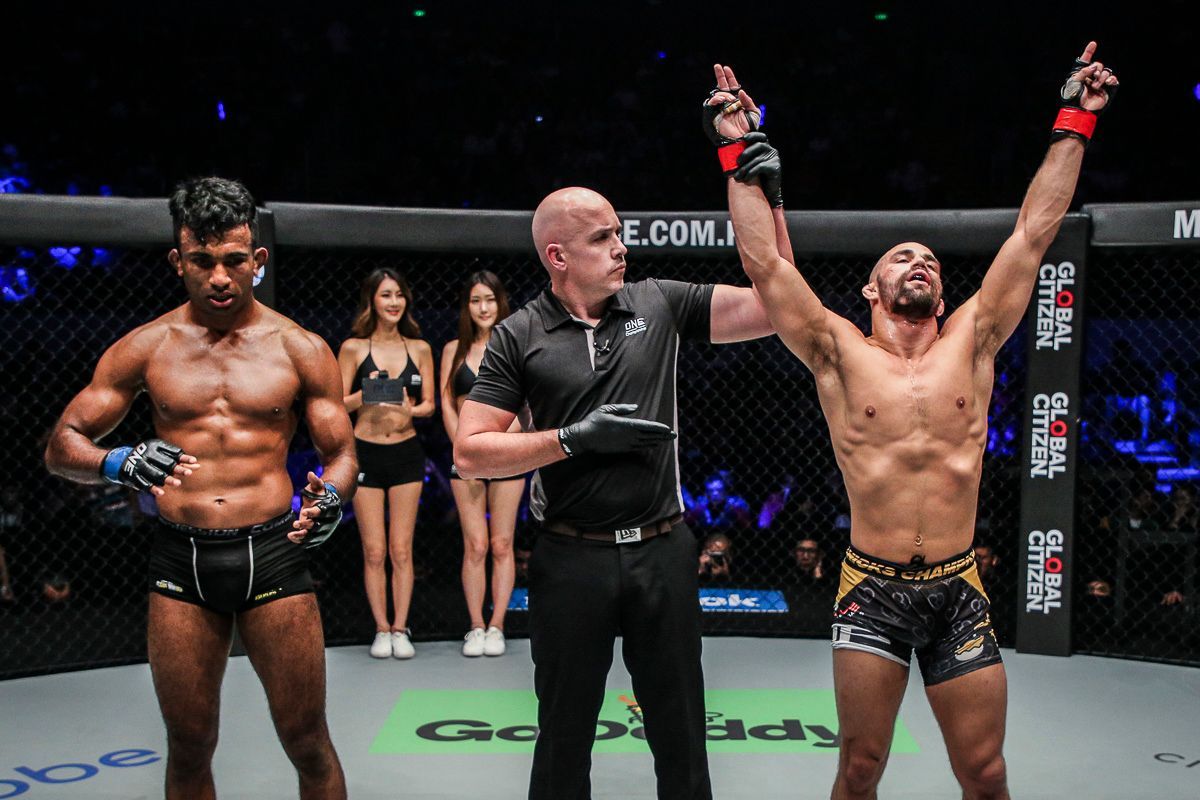 The results speak for themselves as Tonon has started his mixed martial arts career with two stoppage victories in ONE Championship.

With Danaher by his side, “The Lion Killer” will look to make it three in a row when he returns at ONE: HEART OF THE LION on Friday, 9 November.

He will face South Korea’s Sung Jong Lee in his featherweight debut at the Singapore Indoor Stadium, and the American hopes to achieve victory and build towards matching his grappling success in his new sport of choice.