A well-placed kick is one of the most devastating tools in all of martial arts, and there are plenty of ONE Championship athletes that pack knockout power in their legs.

With disciplines like Muay Thai, kickboxing, and wushu regularly on show in ONE’s global rules and ONE Super Series contests, fans see techniques that target the head, body, and legs to bring spectacular stoppages on the global stage.

Here are five of the best kickers in the world’s largest martial arts organization today.

Every shot of Alain Ngalani's ground-breaking spinning kick KNOCKOUT in his ONE debut!

???? FROM ALL ANGLES ????Every shot of Alain 'The Panther' Ngalani's ground-breaking spinning kick KNOCKOUT in his ONE debut!Download the ONE Super App now ???? http://bit.ly/ONESuperApp

What separates Alain “The Panther” Ngalani from the pack is how athletic and flexible he is for such an incredibly chiseled man.

“The Panther” was a multiple-time kickboxing and Muay Thai World Champion before he began his career in mixed martial arts, and it has shown in his performances inside the Circle.

He has made the “Panther High Kick” his specialty, but the most memorable stoppage was his spinning heel kick finish over Mahmoud Hassan in just 31 seconds. There may not have been a more spectacular or explosive blow landed in ONE history.

ONE Flyweight Kickboxing World Champion Petchdam “The Baby Shark” Petchyindee Academy has a full range of tools at his disposal, but none are more dangerous than his trademark left kick, which he has used to score KO wins over Josh Tonna and Kenny Tse in ONE Super Series.

He throws it like a laser-guided missile to his opponent’s bodies, which causes significant damage and forces them to lower their guard and expose their head.

The Thai superstar has also used the power of his trademark technique to open up the opportunity to let his hands go – as he did against Masahide “Crazy Rabbit” Kudo at ONE: CALL TO GREATNESS.

Nong-O Gaiyanghadao kicks up a storm against Hiroaki Suzuki to retain his ONE Bantamweight Muay Thai World Title via unanimous decision! ????

Nong-O Gaiyanghadao kicks up a storm against Hiroaki Suzuki to retain his ONE Bantamweight Muay Thai World Title via unanimous decision! ????Watch the full event on the ONE Super App ???? http://bit.ly/ONESuperApp

ONE Bantamweight Muay Thai World Champion Nong-O Gaiyanghadao is one of the greatest athletes of all time in “the art of eight limbs,” and his most feared weapon is his right body kick.

He throws it with such volume and velocity, he can find a way through even the tightest of defenses to batter his rival’s midsection. However, even if their guard is in place and they block it, their arms bear the full force and can become incapacitated from the punishment.

This tool is rarely a one-shot finisher, but the accumulation of damage can wear down and overwhelm almost any adversary. Hiroaki Suzuki found this out in the Thai’s first ONE World Title defense in May.

Kevin Belingon's INCREDIBLE performance in this bout shot him to superstardom! ????

Kevin ' The Silencer' Belingon's INCREDIBLE performance in this bout shot him to superstardom! ????Download the ONE Super App now ???? http://bit.ly/ONESuperApp

Kevin “The Silencer” Belingon comes from high-class wushu stock at Team Lakay, and was a Philippines national champion in the striking art.

When he brought those tools with him to mixed martial arts, his low kicks became a reliable high-percentage weapon, but his spinning back kick became his signature move.

“The Silencer” can generate an incredible amount of force in this flashy strike, and this was never more evident than when he dispatched Andrew Leone with a crunching heel to the solar plexus at ONE: HEROES OF HONOR.

ONE Heavyweight World Champion Brandon “The Truth” Vera has shown time and time again that his kicks can finish his rivals no matter where they land.

The amount of force this colossal hero packs in his strikes means that no man has been able to escape the first round against him in The Home Of Martial Arts.

His shins have helped him en route to three of his four knockout victories on the global stage – the quickest of which was his 26-second KO over Paul Cheng with a perfectly-timed shot to the jaw. 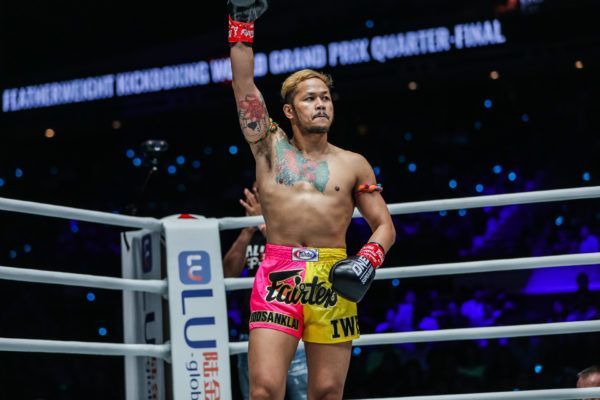