Shinechagtga Zoltsetseg will kick off the latest chapter of his mixed martial arts career this coming Friday, 10 January.

The Mongolian knockout artist will make his promotional debut against “Cannon” Ma Jia Wen at ONE: A NEW TOMORROW, which emanates from the Impact Arena in Bangkok, Thailand.

Fans may be familiar with the man known as “Shine,” who had a successful run in Rich Franklin’s ONE Warrior Series.

The 26-year-old became a breakout star with his explosive striking, his dominant performances, and his dynamic in-ring mannerisms, all of which earned a six-figure contract to compete in ONE Championship.

As he prepares for his first test in The Home Of Martial Arts on Friday, learn more about the Mongolian’s inspiring tale of triumph. 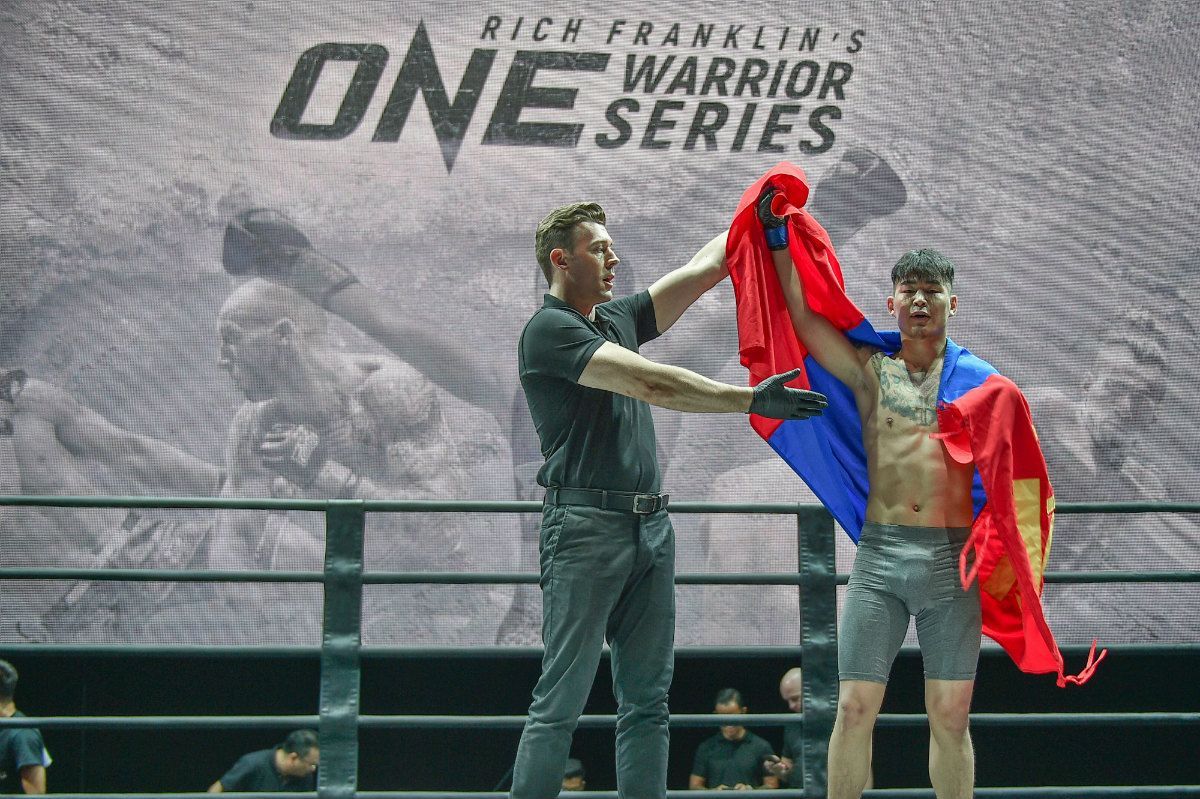 Shinechagtga was born to a loving father and mother in Zuunkharaa, Mongolia on 4 September 1996.

However, he never had the chance to truly know them.

When he was just two years old, his parents died in a car accident. His mother was pregnant with what would have been his younger brother, and his father was driving her to a hospital.

“I don’t remember much about them, as I was just a toddler at the time. But I heard that my father was one of the first taekwondo instructors in Zuunkharaa,” he says. “My grandma brought me up by herself since then.”

Located 200 kilometers north of Ulaanbaatar, the country’s capital, life in Zuunkharaa was not easy. With him being the only person to help his grandmother, most of the physically demanding household chores fell on Shinechagtga’s little shoulders.

Some of those chores included fetching water from a nearby river, splitting firewood with an ax, and carrying sacks of charcoal to the house.

Although these tasks were quite challenging for the young Mongolian, they toughened him up as a child – both mentally and physically.

“People talk about my grip strength and punching power. I think it has something to do with the way I spent my childhood,” he says. “I used to do a lot of physical labor. But most importantly, it helped me become a strong individual, mentally.”

Standing Up To Bullies 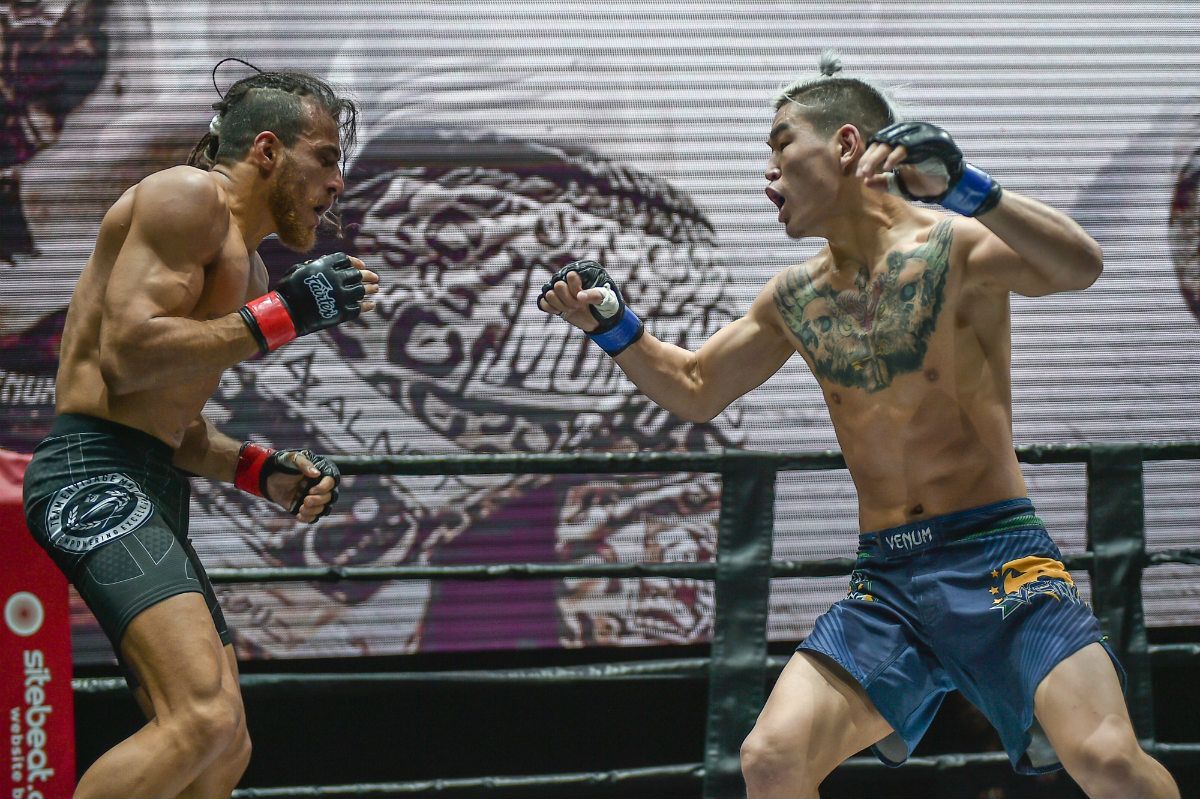 During his adolescence, he moved in with his uncle, who lived in one of Ulaanbaatar’s roughest neighborhoods.

It was typical for thugs to harass others and engage in street fights, but Shinechagtga refused to back down. He stuck up for himself and helped those in need.

“In that area, wherever you go, chances are you run into some hooligans who are looking for trouble. Also, I can’t stand it when someone bullies me or bullies the weak. These are the main reasons why I got into so many street fights as a teenager,” he explains.

“After a few fights, I learned that I was better than most of the kids at fighting, which boosted my confidence. But the bullies never left me alone.”

Fearing these constant troubles would lead his nephew down a dangerous path, Shinechagtga’s uncle took him to the boxing gym at the National Sports Palace when he was 15.

The teenager naturally picked up “the sweet science,” and it helped him to fend off the bullies once and for all.

“I acquired the fighting skills out of necessity, to protect myself,” he says. “You learn to look after yourself when growing up as an orphan in a rough neighborhood because no one else does.”

Looking For A New Outlet 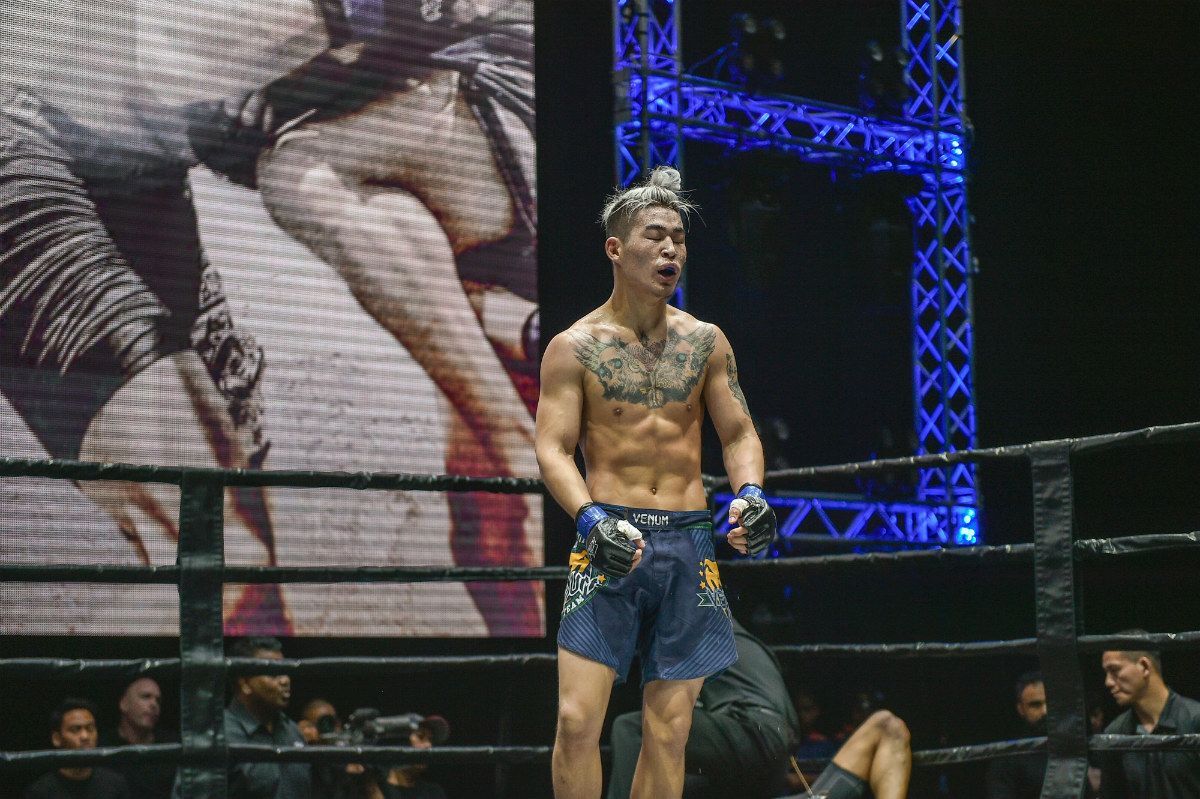 Shinechagtga excelled at amateur boxing under the tutelage of Turbat Damdin, an esteemed boxing coach in Mongolia. The youngster was even named to the junior national team and billed as the next Olympic medalist for the country.

However, his ambition lied elsewhere.

“Even though I was a good boxer, mixed martial arts was where I wanted to challenge myself,” the Mongolian says.

“In a street fight, you don’t just use your hands – you kick, elbow, knee, and even headbutt to win, and I was good at it. It was only natural for me to want a career in mixed martial arts, but there weren’t any mixed martial arts promotions in Mongolia at the time.”

That changed in early 2017 when the Master Fighter reality show and mixed martial arts competition was announced.

“Shine” entered the field and performed very well. He displayed his dominance throughout the competition and ultimately claimed the program’s 65-kilogram title.

Because of those extraordinary performances, he grabbed the attention of international mixed martial arts organizations and was soon given a chance to develop into the star he always hoped he would become.

The Road To ONE Championship

Among those impressed by his vast talent was Rich Franklin, CEO of ONE Warrior Series, and soon, he joined ONE Championship’s developmental league.

In July 2018, Shinechagtga made a successful debut when he knocked out Akuri Ronda with a single punch in 58 seconds.

Though he fell to Mark “Tyson” Fairtex Abelardo via doctor stoppage in his next outing later that October, he stormed back with a vengeance in 2019.  He defeated Ali Motamed, Chan Samart, and Hyun Jin Lee to earn a six-figure contract and main roster spot.

“I never doubted my abilities before, but this journey helped me reach a whole new level of confidence,” he states. “I proved myself on a global stage, which was my dream and was a promise I made to myself. It was a life-changing experience, for sure.”

On Friday, he starts the next chapter of his mixed martial arts career when he faces Ma, a Chinese freestyle wrestling silver medalist, in the Thai capital.

This is only the first step towards his dream of becoming the long-reigning ONE Featherweight World Champion, but it is one he is finally excited to take.

“I know I have a long way to go,” he says. “But my ultimate goal in mixed martial arts is to reach the highest level and stay there for as long as possible.”