The second episode of ONE Championship’s original documentary program “Rich Franklin’s ONE Warrior Series” dropped on the organization’s YouTube channel on Monday, 29 January.

In the latest installment, Franklin and company experienced another side of Thai culture, and studied the next crop of potential ONE athletes at the Bangkok Fight Lab. Franklin and Jonathan Fong, Director of ONE Warrior Series, start the episode in Nakhon Chai Si, because Fong wants to get a tattoo. The crew rolls up to a Yantra tattoo parlor in the rural countryside, where they learn about Luang Phor Pern, a beloved monk who created the unique Sak Yant style which has been replicated by other tattoo masters such as the shop owner.

Fong chose a lion design, much to the dismay of “Ace,” who jokingly tried convincing him to get a merlion instead. Before getting the tattoo, however, Fong had to agree to three prohibitions. He vowed to no longer eating starfruit or green gourds, and to never disrespect anyone’s mother in the future.

As Fong got inked, Franklin discovers the Thai countryside. After spotting an older lady picking flowers in the field, he decides to help her, and then proceeds to learn about her life story. From there, he drives a motorbike to Luang Phor Pern’s temple, and gains a better understanding about the beloved monk’s contributions to Thai culture.

The Tryouts Rage On 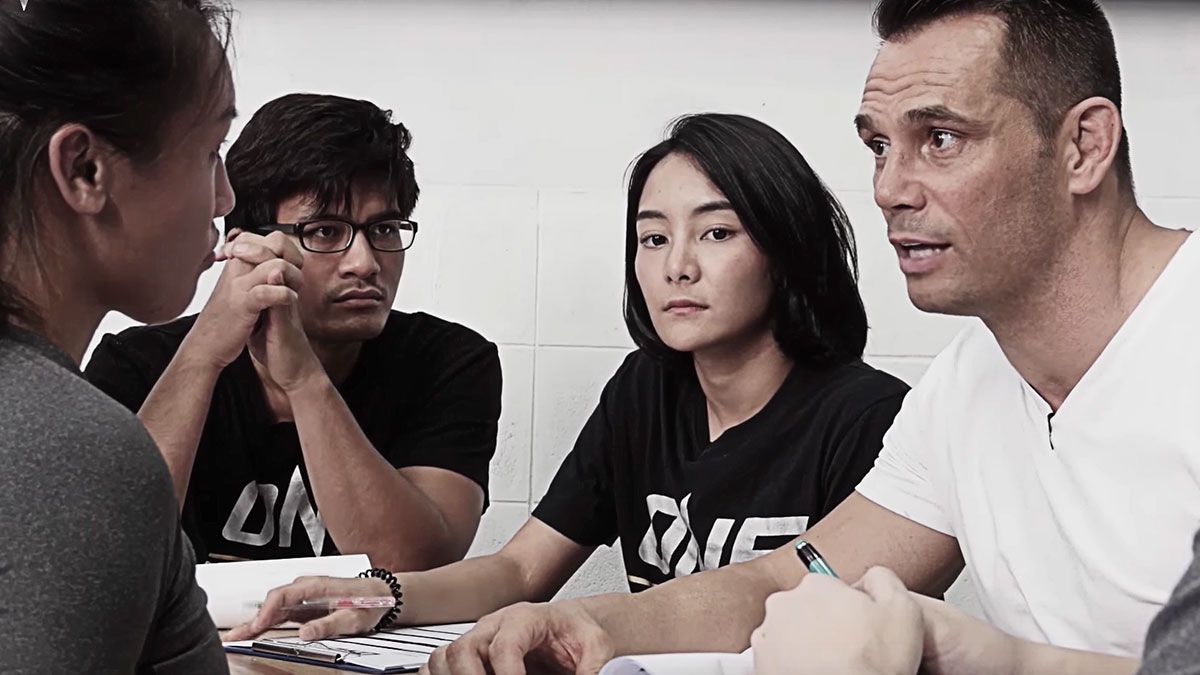 The dynamic duo return to Bangkok Fight Lab, and alongside Thai ONE Championship stars Shannon “OneShin” Wiratchai and Rika “Tinydoll” Ishige, they study a slew of prospective ONE talents.

Someone who catches Fong’s eye immediately is Uyen Ha, a Vietnamese-Australian prospect who trains at Tiger Muay Thai & MMA. She possesses raw talent and a great amount of potential, but has a few holes in her game. With that in mind, Franklin gives her some tips, and encourages her to audition again a few months down the road.

Topnoi, another prospect out of Tiger Muay Thai & MMA, flashed his brash and confident swagger for the judges, and even had an exchange in Spanish with Fong before displaying his skills. While “Ace” was impressed with his stand-up, he felt Topnoi’s ground game was lacking, and similarly encouraged him to come back when it is more developed. There was one talent whom everyone was charmed by, and that is Rockie Bactol. The 18-year-old Filipino started training in martial arts four years ago. He was initially inspired by his grandmother, who was a wrestler, and wants to grow up to be a competitor just like her.

So far, Bactol is succeeding in his mission, as he impressed the judges with his striking, ground game, overall movement, and attitude. “Ace” invited him to join ONE Warrior Series, making him and Detch the first two athletes granted entry onto the show.

Franklin, Fong, and former ONE Bantamweight World Title challenger Leandro Issa later met Bactol at a nearby cafe, where they learned a little bit more about him. One of the many things they discovered is he can freestyle rap, and viewers are even treated to Bactol dropping a few bars.