The Australian was supposed to challenge ONE Flyweight World Champion Adriano “Mikinho” Moraes for the coveted title at ONE: VISIONS OF VICTORY, but it was not meant to be. Moraes was forced to withdraw from the bout due to an injury he sustained in training.

“My first thoughts were immediate disappointment,” the 26-year-old Aussie admits. “Injuries happen. It is a part of the business. But the show must go on.”

While McLaren will not be competing for the world title on Friday, 9 March, he is thankful to still be featured in the main event. 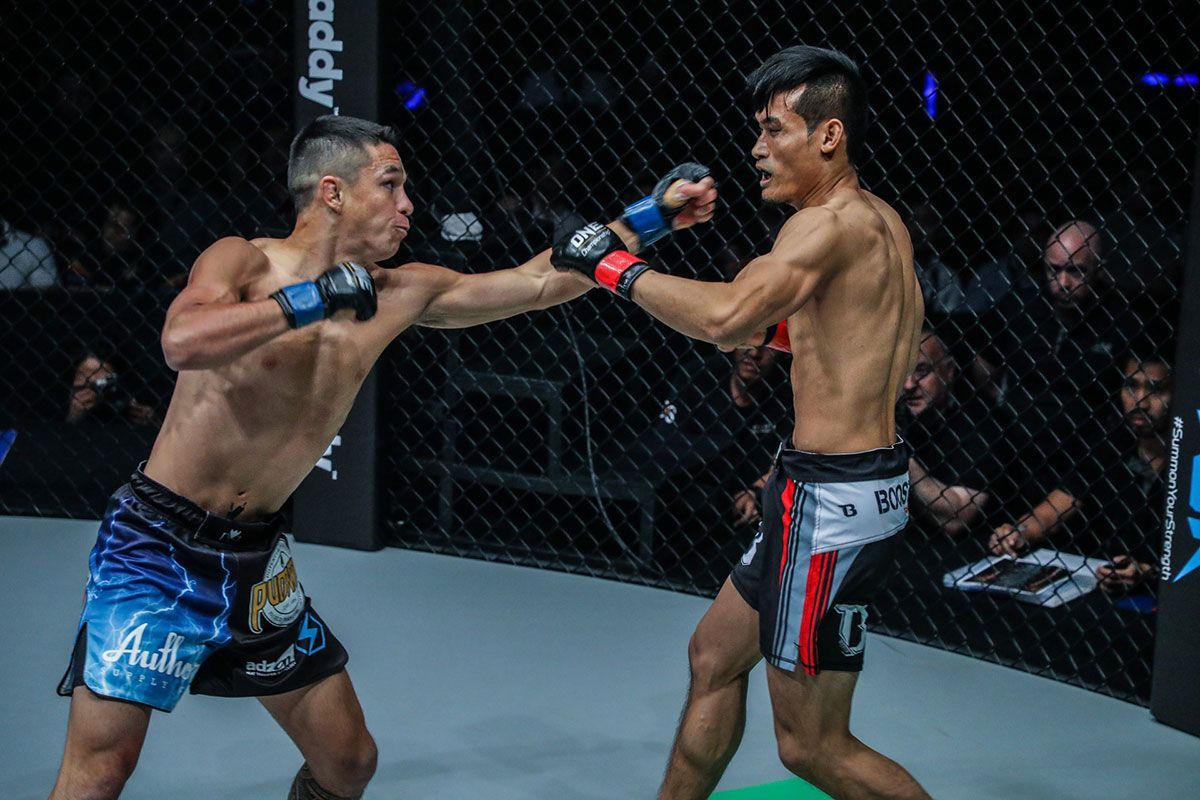 He will now meet Malaysia’s very own Gianni Subba in the headlining attraction, which takes place at the Axiata Arena in his opponent’s hometown of Kuala Lumpur. The bout will be a title eliminator, with the winner receiving a flyweight world title shot in the future.

McLaren is taking a huge risk, as he is effectively putting his world title shot on the line, with the privilege going to Subba should he lose in KL.

“I am just glad to still be in the main event. It is such an honor to be given this role, and to be the draw on the card with a fantastic athlete like Gianni Subba,” McLaren continues.

“To be honest, it does not affect [my training] too much either. I never concern myself or worry about what my opponent is going to do. I have been training for a taller opponent, so not much has changed except for a few different skills that Gianni possesses.”

McLaren knows this will not be any easier of a contest.

Subba, a 25-year-old Malaysian hero who trains out of Bali MMA, is a highly talented and durable athlete particularly known for his fierce striking. He is currently riding a two-bout win streak, having most recently defeated a pair of former world title challengers in Yago Bryan in September 2016, and Riku “The Outsider” Shibuya last August.

“Gianni is at the top of the food chain. He is very skilled,” McLaren offers.

“I see a well-rounded competitor, much like Adriano, but with a different BJJ caliber than what Adriano possesses. He is dangerous everywhere, much the same, and he is tall. I think I may have a speed advantage, but I feel like I have that against almost everyone.”

Also, the Australian has experience when it comes to facing world champions. McLaren, seemingly always considered the underdog, turned heads when he challenged ONE Bantamweight World Champion Bibiano “The Flash” Fernandes for his belt in December 2016.

In the third round of their epic world title clash, “Lightning” broke Fernandes’ nose, and came close to knocking him out. The Brazilian rallied back to claim a split decision victory, but the fact remains that he has never been pushed to the limits quite like that.

A setback against perennial contender Kevin Belingon  helped spur McLaren’s decision to drop down a division, and now he looks reborn as a flyweight. Last November, he made a perfect debut in the weight class, as he became the first man to finish top contender Anatpong “Mak Mak” Bunrad. He submitted the Thai via D’arce choke in the first round.

“Lightning” meets a similar athlete in Subba, who has never been stopped in his five and a half year professional career. Of course, McLaren wants to be the first man to accomplish that feat, but he knows the Malaysian hero is a game opponent who will have the support of the hometown crowd.

“I have competed in hostile territory before. It is a part of the game. You either rise, or you shrink,” McLaren explains.

“I see it being a hard three round battle. It will be fast-paced, and I think the crowd is in for a great match.”

“Lightning” has grand plans to entertain the crowd, but more importantly, he expects to strike, and with authority.