Peng Xue Wen (4-2) may have arrived in ONE Championship just a few months ago, but he has literally made a huge impact.

The Chinese strawweight made his promotional debut at ONE: LEGENDS OF THE WORLD last November against Cambodia’s Phat Soda, and authored a highlight reel knockout for the ages.

Peng, a National Greco-Roman wrestling champion in China, scrambled out of a bad position, grabbed his opponent’s back and delivered a sensational suplex to knock out the Cambodian just minutes into the opening stanza.

Peng Xue Wen took him for a ride and picked up the victory!

“I felt like my game plan was solid, and the bout turned out just as I expected,” the 21-year-old Zhongshan, China native explains.

“I knew he favored the stand-up, which is why I chose to grapple right from the start and use my advantage on the ground to seize victory. I thought my performance was pretty good, but I feel I still have many holes in my game, and need to keep improving.”

He immediately returned to the Nan Yan Fight Club to improve upon his striking, and now the grappling extraordinaire will attempt to showcase his development while scoring yet another unforgettable stoppage victory.

On Saturday, 20 January, he will collide with Rene “The Challenger” Catalan (3-2, 1 NC) at ONE: KINGS OF COURAGE. The event takes place at the Jakarta Convention Center in Indonesia.

Peng does not have an easy task ahead of him, as Catalan is a two-time Wushu world champion who has turned a corner in his martial arts career as of late. 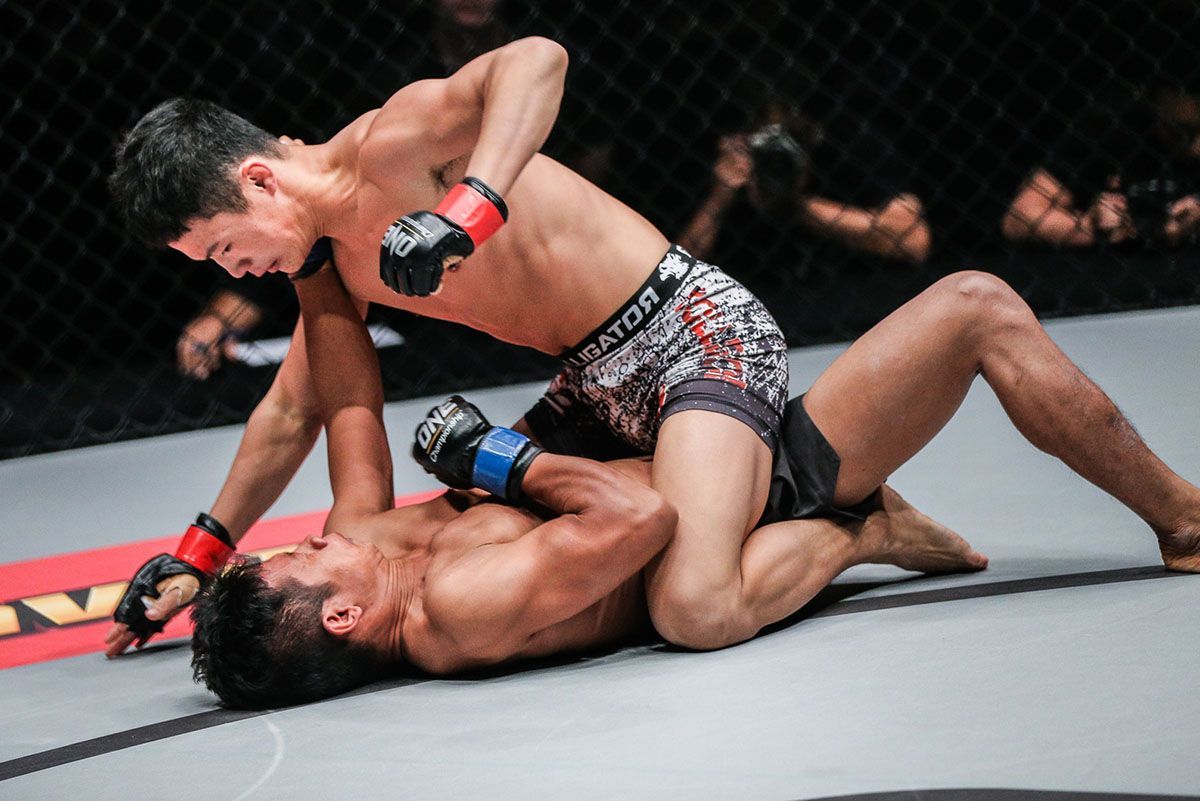 After a rough start, the Manila, Philippines resident finds himself on a three-bout win streak. In his most recent outing in August 2017, he defeated Bu Huo You Ga — also a China national wrestling champion — by unanimous decision.

Peng knows the Filipino has many skills that will push him to the limit and perhaps exploit the holes in his game. But he also knows he has a world-class grappling pedigree that may serve as the difference-maker in this upcoming three-round affair.

“Catalan has several wushu championships, so his advantages are his extensive experience and all-round skill. But I love to challenge myself against such strong opponents so that I can improve,” the Chinese warrior says.

“His only weakness is that his wrestling is not as good as mine. I have thus been focusing on my ground game, and hope I can battle it out with him on the canvas to decide the winner.” 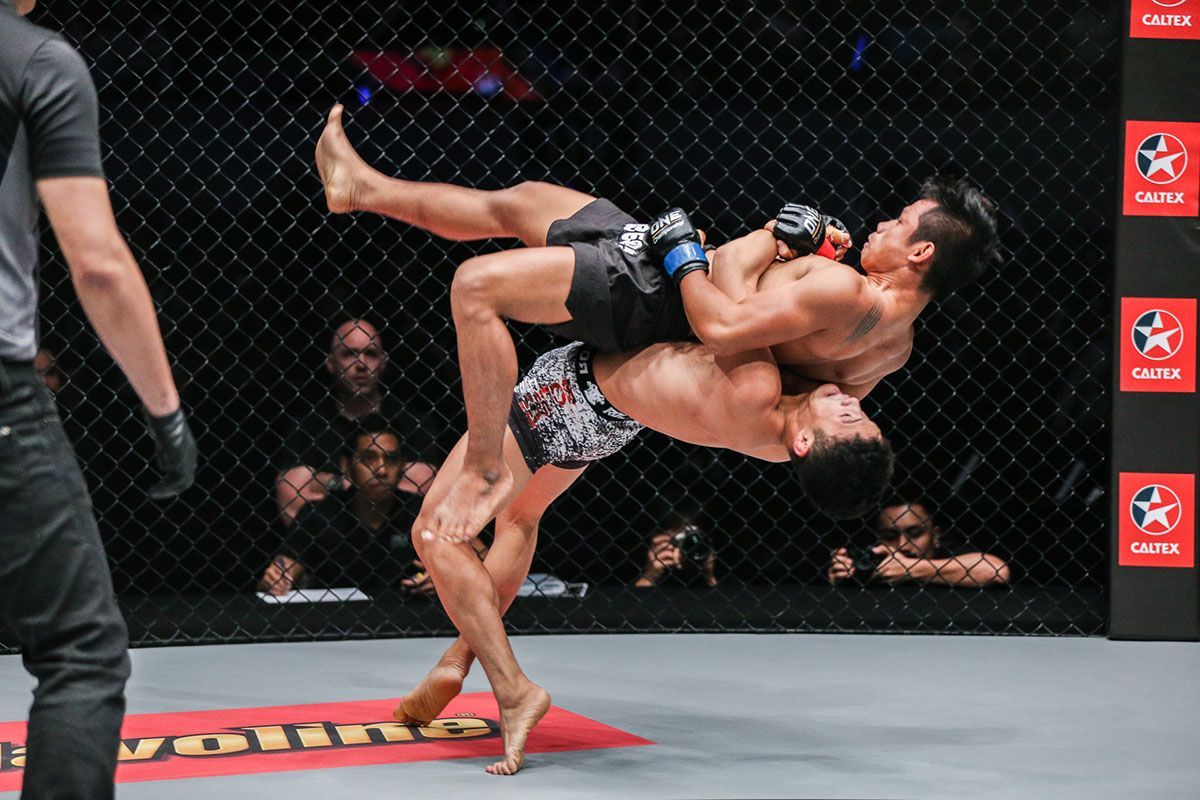 Needless to say, Peng also wants to have an exciting performance, and deliver a memorable show to ONE fans, just like he did in November.

“I want to give my all and go to war with my opponent,” he continues. “I will deliver a stunning and surprising victory.”

Also, in many ways, the rising star is beginning to see his life come full circle. Peng, a 2016 graduate of the Wuhan Sports University in 2016, has always admired his dad. In fact, the patriarch was his son’s hero, and is the person who originally introduced him to the martial arts through kung fu.

“My father has been practicing kung fu since he was young,” Peng reveals. “It is a huge part of our culture in my hometown. Since I was a boy, I was influenced by him to have a deep love for martial arts and competing. “

Also, as the youngster mentions, “he always expected me to be a top martial artist.” 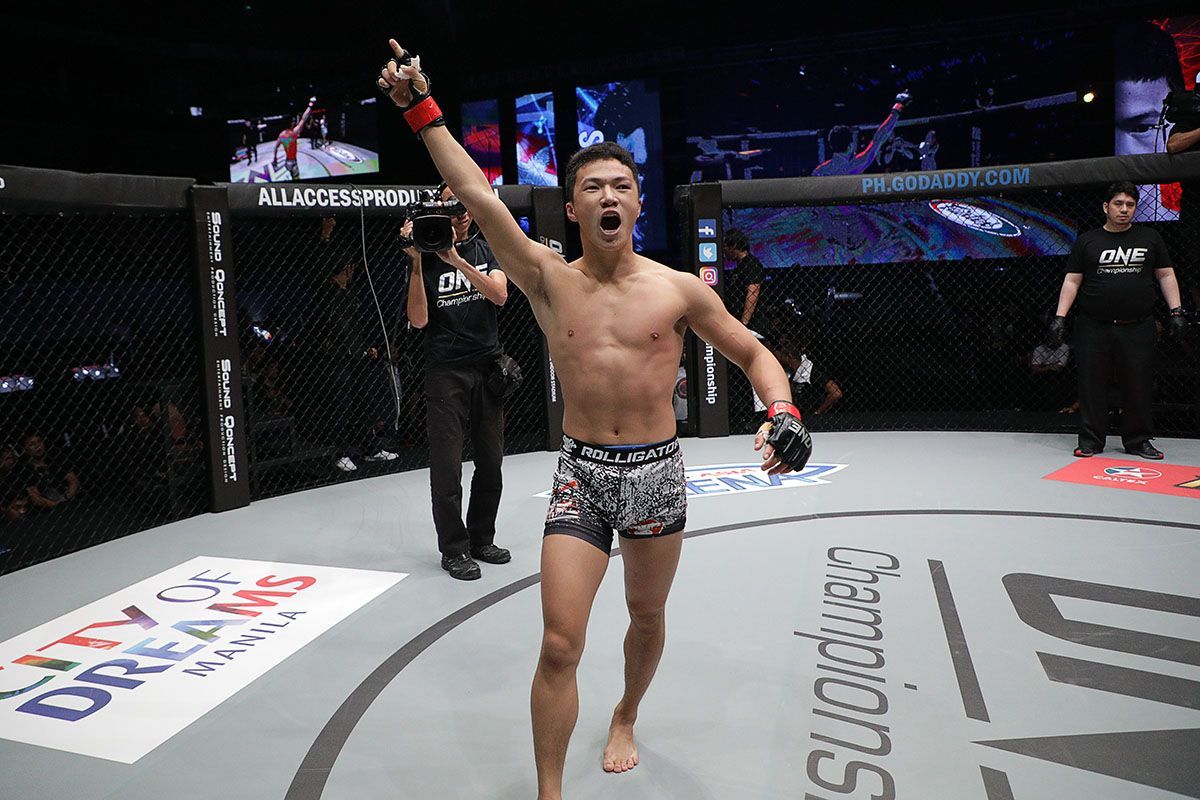 Even though Peng’s father had high aspirations for his son, he, along with the rest of the family, did not initially support his cage endeavors. His dad, mom, and two sisters did not want to see the budding sports prodigy get hurt in the cage.

However, with each victory, their support has been growing. And, after delivering such an incredible suplex knockout on the global stage for martial arts last November, Peng has finally won his family’s approval.

“They recognize that all my dedication and hard work has paid off,” he proudly says. “They are letting me chase my dreams, and want them to come true.”

Peng has dreams of headlining an event one day, as well as studying with different teachers and becoming a world champion. But in order to do that, the Chinese grappler needs to continue winning, and Catalan is the next obstacle that stands in the way of his path towards greatness.