Ognjen Topic had high hopes for his ONE Super Series debut – and he realized them.

On Saturday, 12 May, the Serbian defeated Stergos “Greek Dynamite” Mikkios at ONE: GRIT & GLORY in Jakarta, Indonesia.

Topic, a Lion Fight Lightweight World Champion, peppered Mikkios with a barrage of punches and kicks from the outside, and also fed him a steady diet of knees from the clinch. That magnificent display of traditional Muay Thai earned him a unanimous decision victory.

In this post-event interview, Topic talks to ONE about his victory, his goals in ONE Super Series, how active he wants to be moving forward, and much more. 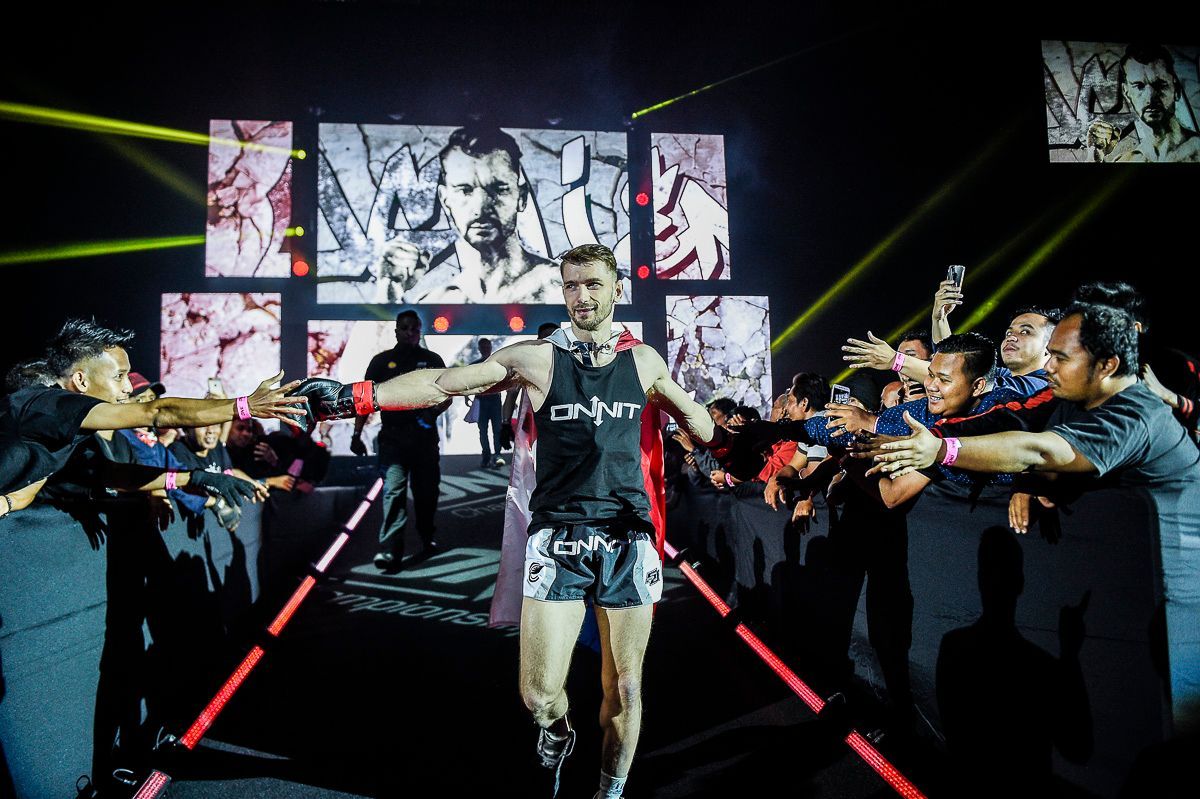 ONE Championship: Congratulations on your victory at ONE: GRIT & GLORY. Overall, how was your experience?

Ognjen Topic: The whole event was amazing. Everybody was so professional, and this is something that you do not really find in smaller promotions that you deal with in Muay Thai. [Those are] like two-man shows – you’ve got the promoter and a couple of other guys who are helping to plan the event.

This was a real company. Everything was run smoothly, and I think it is amazing to have that in the sport of Muay Thai. Of course, with the platform we are getting in ONE, Muay Thai is finally getting the gears going and it is shown in hundreds of countries, so I am definitely glad to be on board with ONE.

I was also really happy with the way things are done with weight cutting. It seems like it is finally over in ONE Championship. It was really weird at first, because you are so used to cutting water weight. In ONE, you actually do the opposite to stay as hydrated as possible. 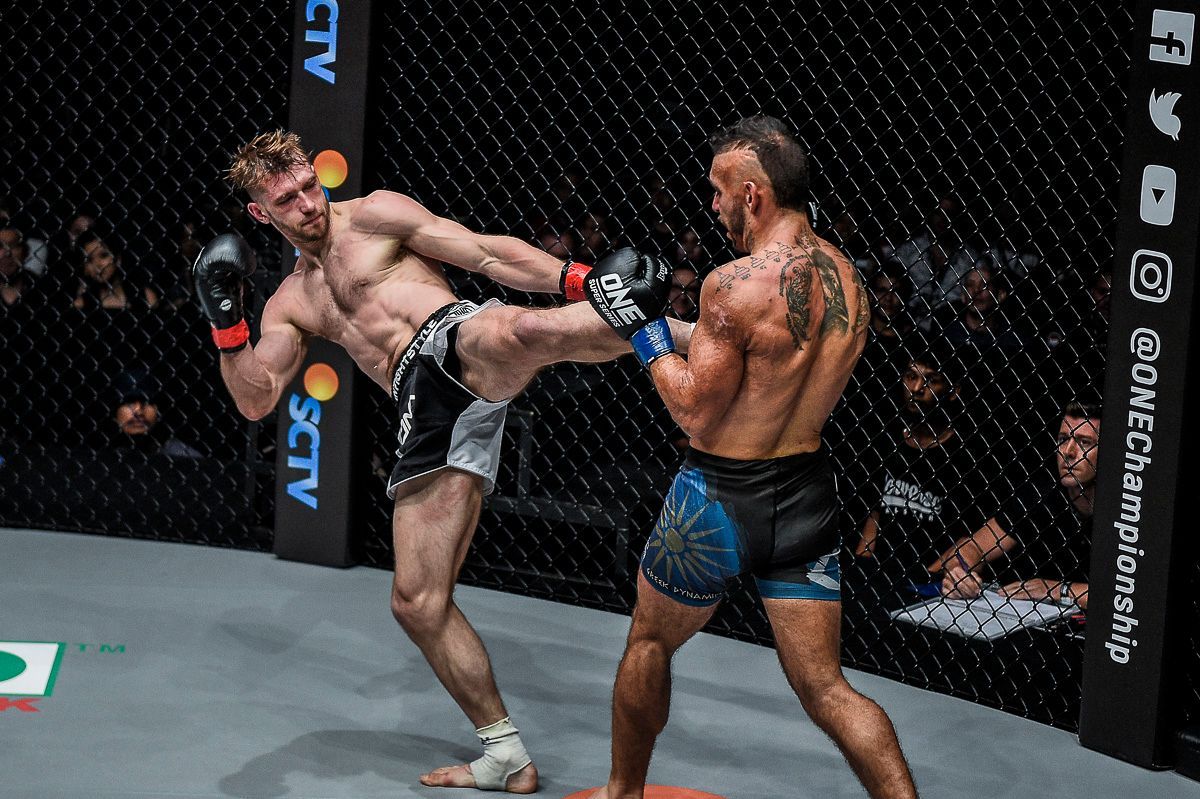 ONE: Coming from a Muay Thai background, you usually compete in a ring. But this time, you were in a cage. What was that like?

OT: The cage really was not that much different. I did not really care, and nothing really took me off my focus. Everything seemed okay inside. To be honest, it was even better. I had more grip on that surface because it is like a vinyl surface versus a canvas surface, and sometimes the canvas can get slippery. I actually really enjoyed fighting in the cage.

ONE: Did your match against Stergos Mikkios play out the way you thought it would?

OT: Pretty much. I knew he was going to come in with heavy punches, and then end with the low kick. We just had to take him apart technically and do my thing in that aspect.

I am happy with the way I performed in the match. Of course, there are always going to be things I have to work on.

I am happy with the win overall, but I am not 100 percent satisfied. To be satisfied, I would have wanted to knock him out. I was not able to get a clean shot. I really thought I was going to put him down with knees, but he was a strong guy. 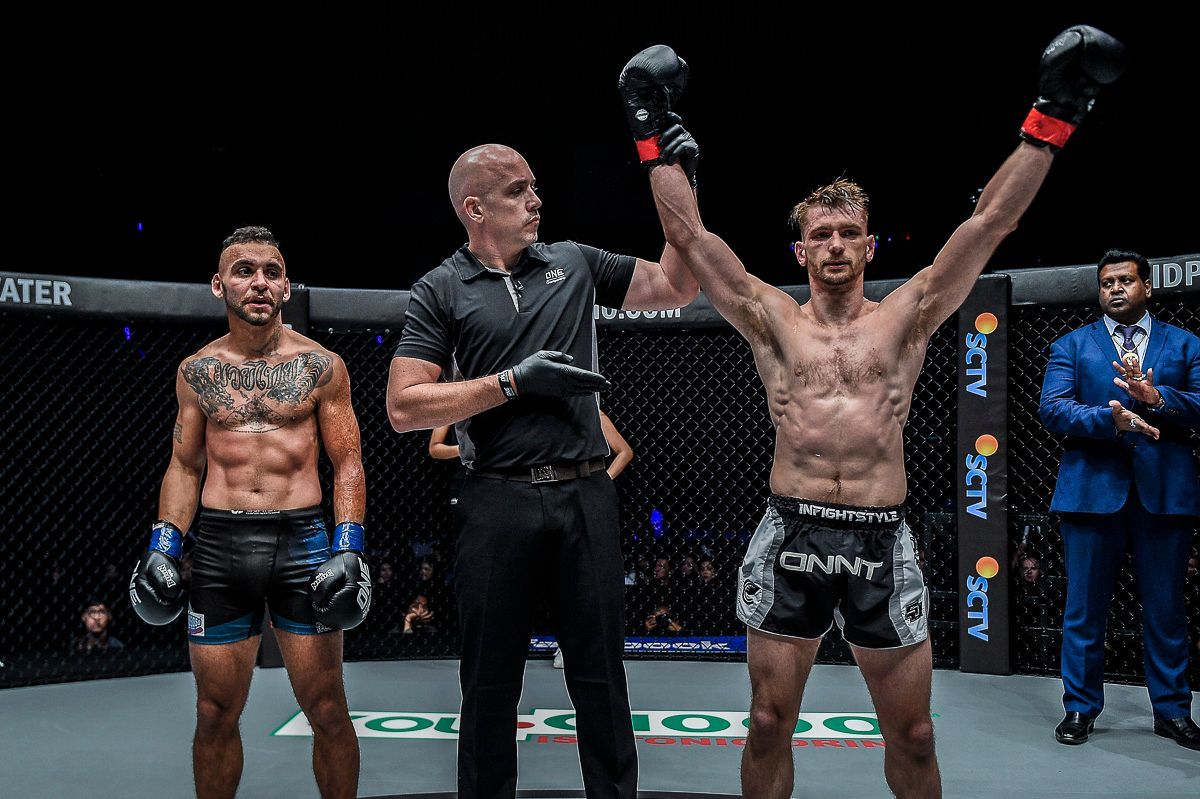 ONE: What are your future plans, and how often would you like to compete?

OT: Every month. I need just enough [time] to rest my body a little bit, and that is it. I want to go right back in. This is my life. This is what I love doing. This is what I think about pretty much most of my day. There is nothing else for me. I cannot wait to fight again for ONE. It is going to be exciting.

ONE: You have won lots of championships during your career, but is winning a world title in ONE Super Series one of your goals?

OT: That is the first thing I said after the fight in my interview. When [Mitch Chilson] asked me what fighters I wanted to fight, I just said I don’t care – I just know I am coming for that belt. That is 100 percent on my mind.

I am always trying to go for the pinnacle, as you should do in whatever activity you are in. In the sport of Muay Thai, the pinnacle is a world championship title, so that is what I am going for. I think they (ONE) definitely will want me in that world title fight, so I will be looking forward to that.