On Friday Night, 21 April, 29-year-old Natalie “The Kilapino” Gonzales Hills will attempt to put her career back on track when she clashes with Team Lakay’s Gina “Conviction” Iniong at ONE: KINGS OF DESTINY. The event takes place on home ground for both competitors in the Mall Of Asia Arena in Manila, Philippines.

Hills, a Philippines-born, England-raised atomweight currently living in Sydney, Australia, may have lost her last four bouts, but she views this upcoming match as a new beginning.

“I am not thinking about what happened before,” she states. “This is a fresh start. Some people live and die by their fights. I am learning as I go. I still have a lot to show and I have not been able to perform at my best.” 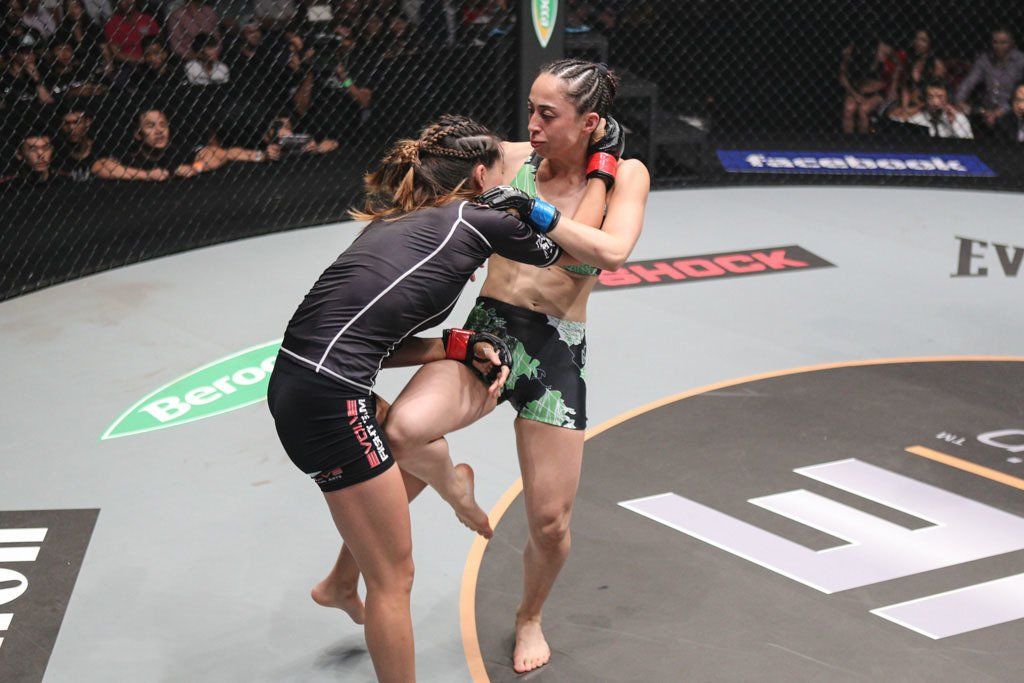 In 2012, everything was going right for “The Kilapino”” Hills had a bright future ahead of her. After discovering boxing during her last year as a university student, she later took up Muay Thai, which led to brief stints of MMA training. She notched two successful Muay Thai bouts in Thailand, followed by a string of amateur contests that fell through before the doors of professional fighting flew open.

“I had a lot of camps getting ready for fights, and my opponents all ended up pulling out. “It is just the nature of amateur competition. I had so many pullouts, I was getting frustrated,” Hills says. “Then, in October 2012, there was a first-ever all-women’s MMA card in Australia. I got matched up against another kickboxer, so we both had our pro MMA debut.”

Hills won that fight courtesy of a rear-naked choke in the third round. She had gotten a taste of victory, and it was an emotional high for Hills. However, it would be the final time she had her hand raised as a professional.

After spending the next two and a half years gaining experience on the amateur level, as well as working a full-time job and running her own business, Hills returned to the pro ranks in 2015. She competed inside the cage four times, and unfortunately, tasted defeat in all of those matches. 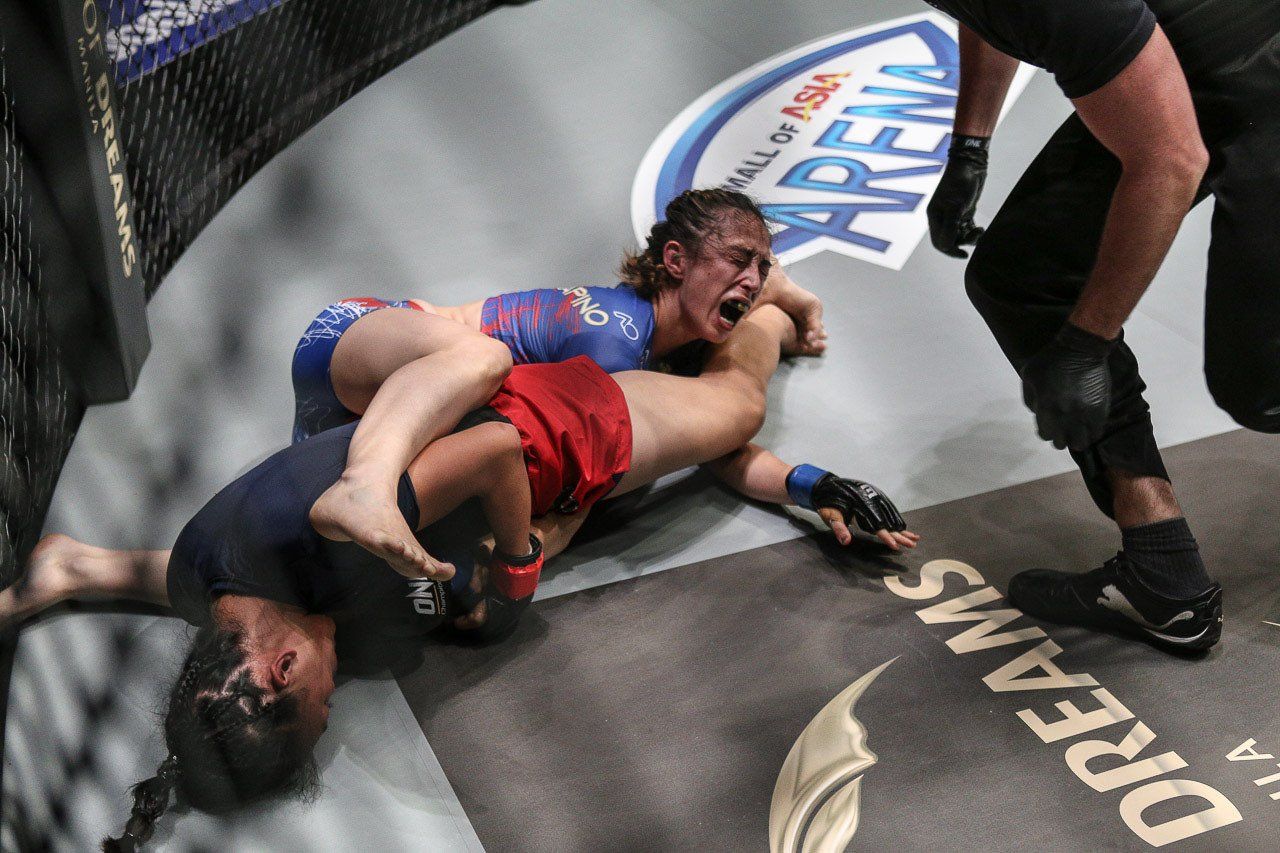 An injury following her most recent loss to April Osenio at ONE: GLOBAL WARRIORS last April caused her to re-assess her career.

“Even when I felt like I had good preparation, I was not recovering,” she reflects. “I had a superwoman complex. I thought it would not effect my performance, but I realized I had to change the way I trained.”

For her upcoming showdown at ONE: KINGS OF DESTINY, Hills packed her bags and made a radical change to her fight camp. This time, she headed to the United States to train at Jackson Wink MMA, one of the top camps in the world, and home to the likes of Jon Jones, Michelle Waterson, and Holly Holm.

Posted by Natalie Gonzales Hills AKA the 'Kilapino' on Thursday, April 6, 2017

There, she also found a host of highly-regarded atomweight pugilists to train with, including Waterson herself. “The Kilapino” also had the opportunity to work one-on-one with MMA mastermind Greg Jackson.

Hills needed a solid fight camp if she were to have any hope of turning her career around. Besides, Iniong is eager to make a dynamic showing in her ONE Championship debut.

Iniong, who trains at Team Lakay under the watchful eye of Mark Sangiao, holds a 4-2 record with two victories via submission and another one via TKO. The Baguio City native’s most important win happened two years ago, when she bested former ONE Women’s Atomweight World Title contender Mei Yamaguchi in a hard-earned split decision. 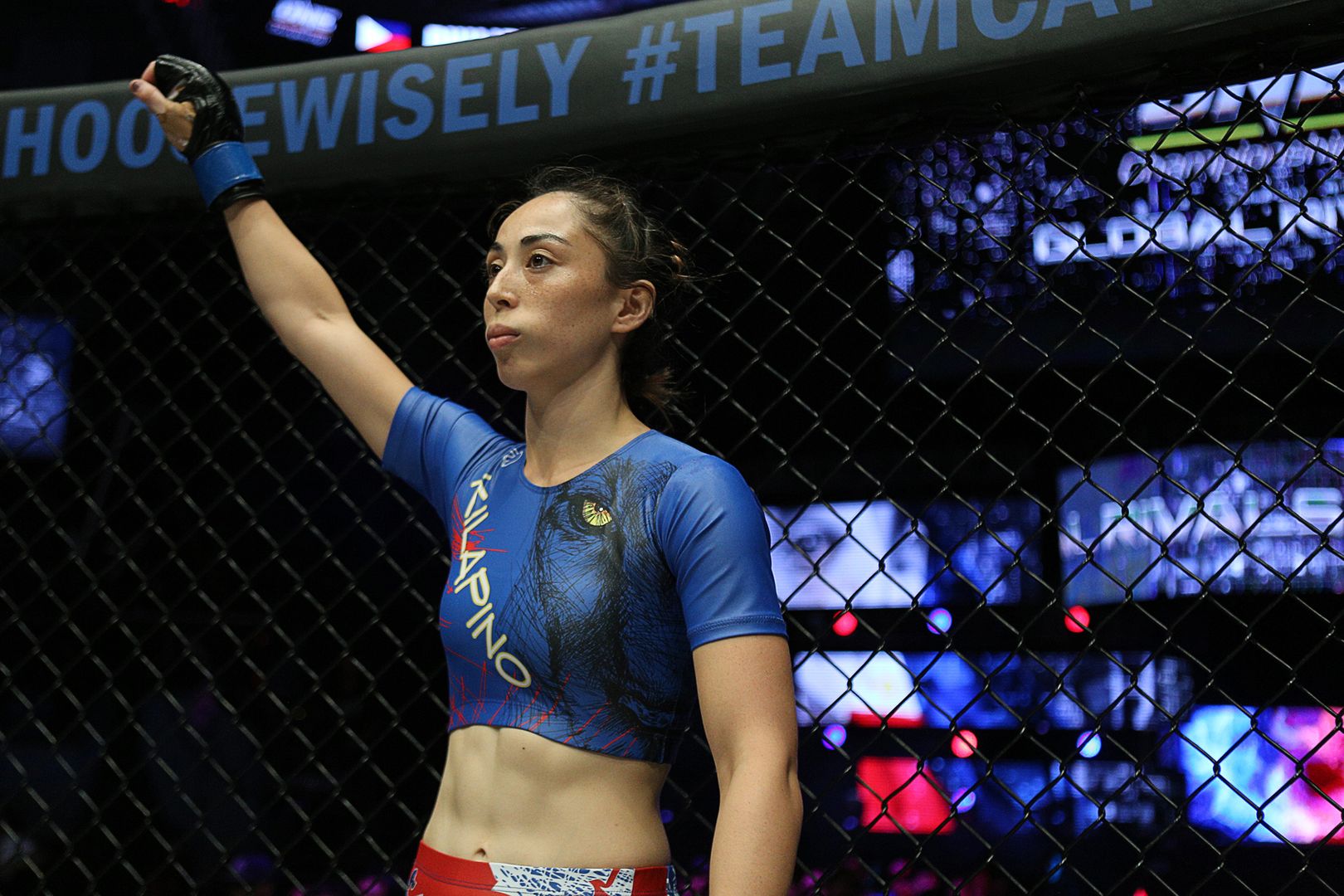 “Conviction,” a training partner of Osenio, presents a formidable challenge, but Hills is confident in her preparation.

“It should be interesting,” Hill says. “I am changing a lot of things, so I do not want to give to much away.”

With the date quickly approaching 21 April, the world-traveling fighter is looking forward to surprising Iniong, and ONE fans, with her new and improved skills. Also, she is excited to fight at the Mall Of Asia Arena, as this will be a homecoming of sorts for “The Kilapino.”

“Manila is one hour from where I was born, and my family will be in attendance,” she says. “It is a really good opportunity for a comeback, and it is quite a good story.”