While many women in their mid-20s prioritize their social lives, Chinese mixed martial artist Meng Bo has sacrificed her own to chase her dream of becoming a ONE World Champion.

With that dream getting closer to a reality, the #2-ranked atomweight contender will face Priscilla Hertati Lumban Gaol at ONE: INSIDE THE MATRIX II, a previously recorded event from Singapore that airs this Friday, 6 November.

A victory at the Singapore Indoor Stadium would not only justify all the sacrifices Meng has made, but it would almost certainly land her a spot in the ONE Atomweight World Grand Prix.

“When a girl like me is at this age, she wants to look pretty, go shopping, hang out with some boys, and watch a movie,” the 24-year-old says.

“But I put all my time into training and competing. I train from 8:30 a.m. until 5:30 p.m. There might be some breaks in the middle, but still, this is what it takes, and I feel happy and grateful.”

The value of hard work was instilled in Meng from a young age. She grew up in the northeast province of Liaoning, where most inhabitants toil away in mines, oil fields, factories, or farms – and her family was no different.

“All of my family are farmers,” Meng says. “[Because of farming], my family was able to support me with the basics of life when I was younger.”

That support from her family – especially from her father – extended well beyond finances. The head of the household also showed his daughter how to stand up for herself and taught her to help those in need.

“My parents have four daughters, and in China, especially in the place I was born, families prefer to have boys over girls,” she says.

“So, when they had me, they raised me like a boy. My father once told me, ‘Don’t cause trouble, but when trouble comes to you, take care of it with your power.’ And when I saw someone get bullied or beaten, I would stand up for them.”

Meng also found support away from home under the watchful eye of a dedicated mentor. And with his guidance, she learned to channel her energy into athletic success.

“I had a sports teacher in the fifth grade. He helped me get first place five times in a school competition,” she says.

“Then some people from a sports school came to pick up some new talent. They chose me, and when I went to the sports school, suddenly I felt like a fish in the right water tank. I just loved it.”

At the sports school, Meng started to discover and develop a love for martial arts. She began with taekwondo when she was 13 years old, and then she learned more traditional disciplines and even traveled across the country to test herself in various competitions.

“I really liked martial arts since I was a kid,” she says. “I liked taekwondo and sanda, and I competed in my province in my early years. Sometimes, I went to compete around China.” 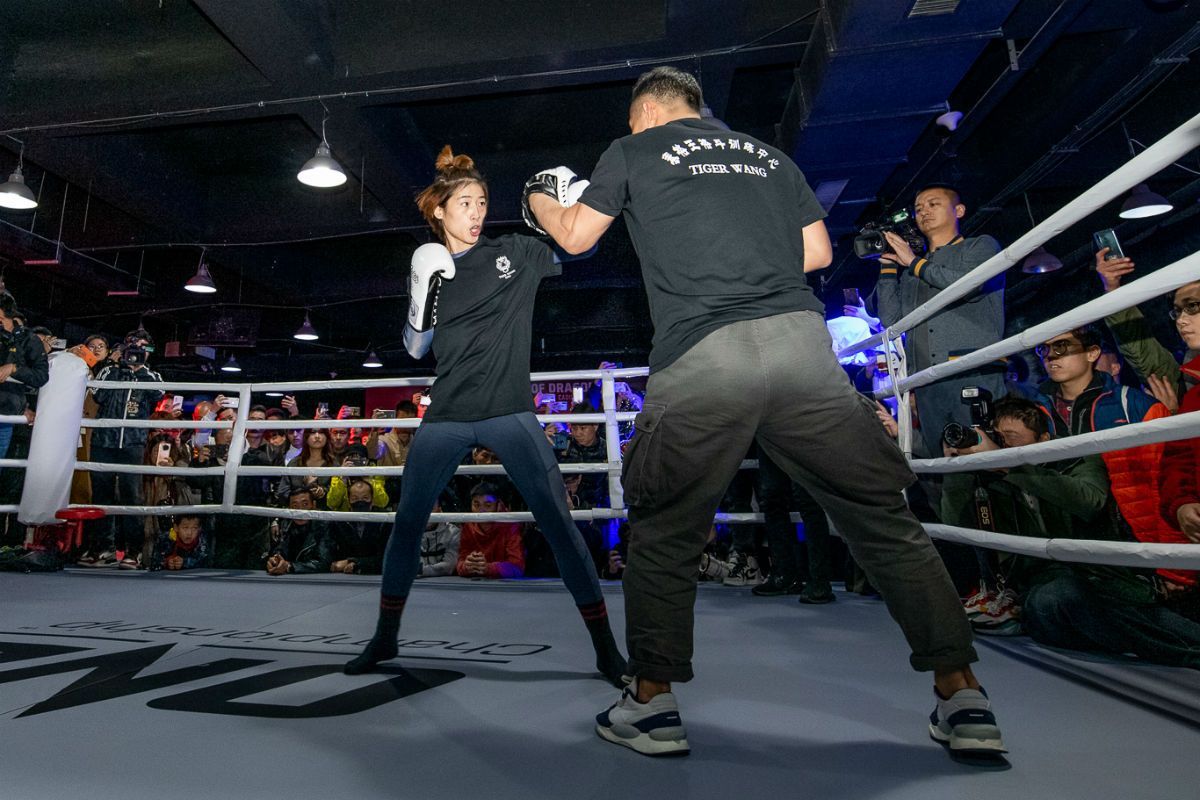 That eventually led her to Xi’an Martial Arts University, where she studied more contemporary disciplines – and ultimately prepared for a mixed martial arts career.

But while Meng was content to travel around the country, build experience, and compete against the nation’s best athletes, she was facing some pushback at home.

Although her father had taught her to stand up to bullies, fighting for a living was a different story.

“[My parents] were worried about me,” she admits. “I don’t think they liked to see me get injured or anything.”

Of course, pursuing mixed martial arts has turned out to be incredibly fruitful for Meng, a two-time national champion who owns a 14-5 professional record. 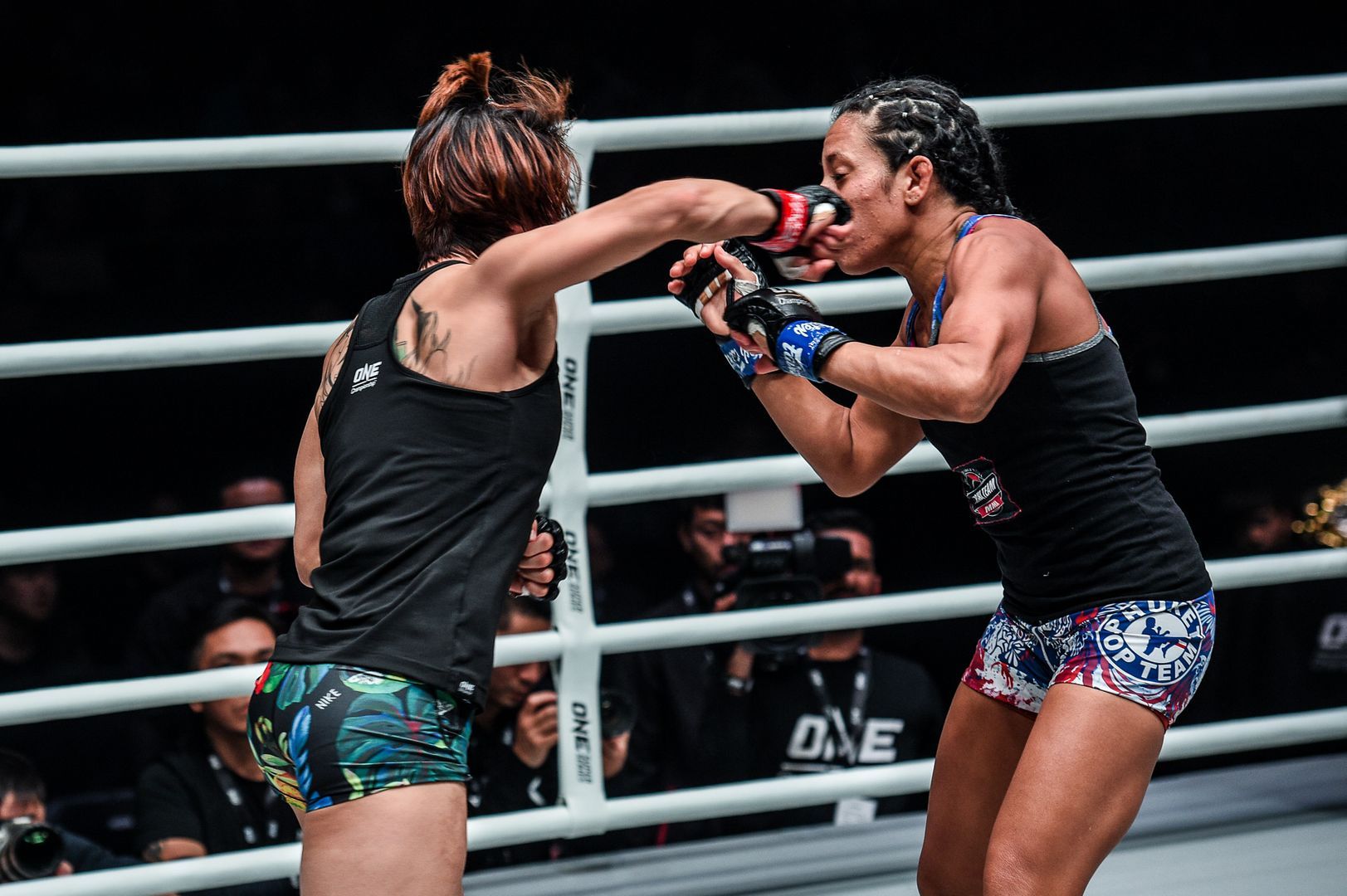 By taking an untraditional journey through life, she’s been able to provide for herself – with no regrets.

“I am 24 now – still quite young – but most of my classmates have already married and even have kids. They live a very ordinary life,” Meng says.

“As for me, my financial situation has improved, and my life and experiences are wonderful now compared to [many of those others].”

Beyond her personal success, Meng is thrilled to see martial arts becoming more mainstream in China. And she takes pride in knowing that her compatriots will learn important values through their training.

“It’s getting more and more popular, and this is a good thing. More parents take their kids to learn martial arts. They teach good skills that can benefit [the kids] for the rest of their lives,” the atomweight contender says. 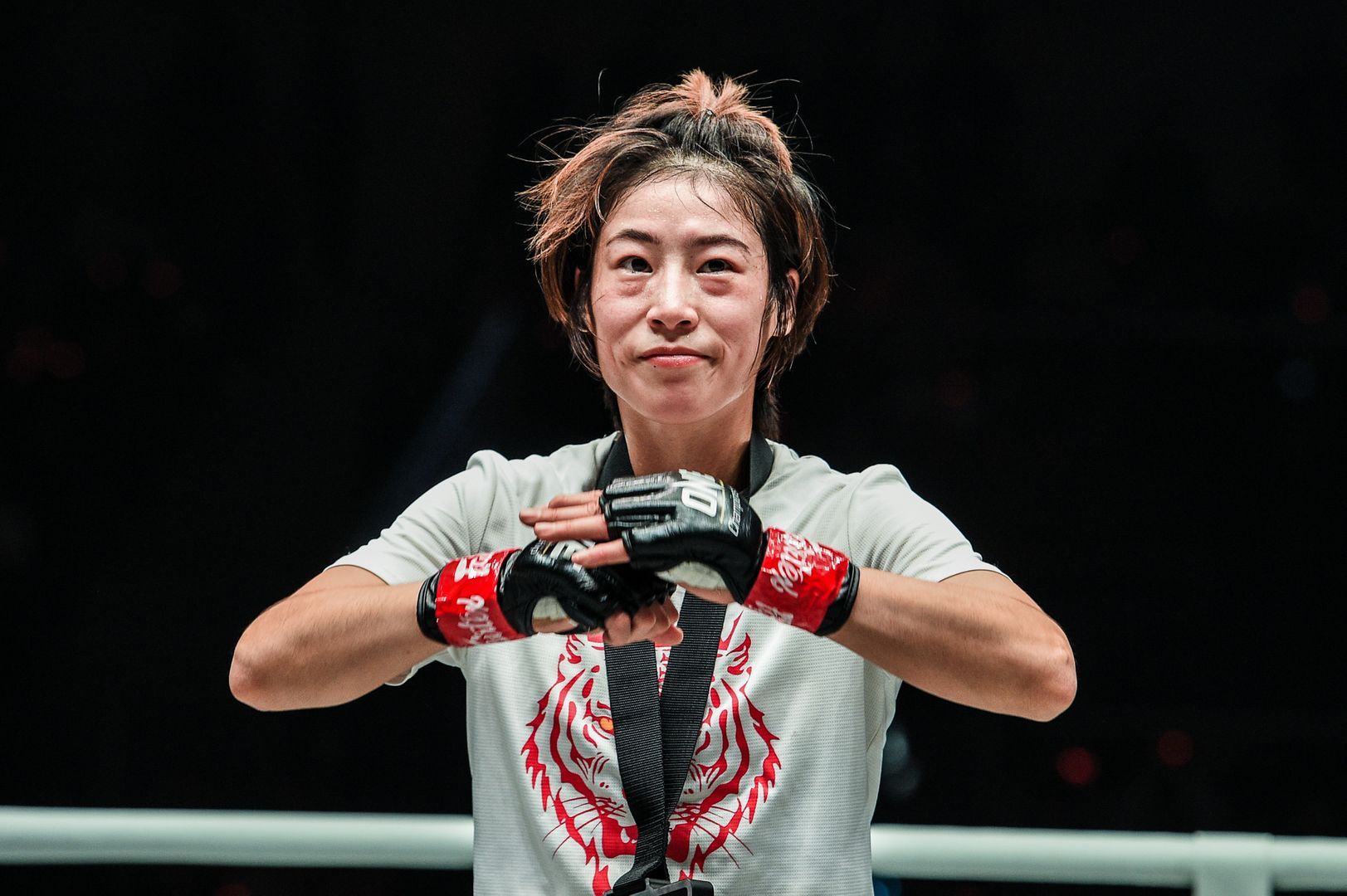 Fighting and respect. While many outsiders may think those two words conflict, they are both necessary to become a superstar in The Home Of Martial Arts.

Reaching that status is Meng’s ultimate goal, but it’s a goal that’s bigger than herself. Along the way, she’s hoping to inspire the next generation of women.

“I want to be the champion. I know one day I will get there. The golden belt has always been my dream,” the Chinese athlete says.

“I would like to tell the girls out there: If you like to play as a soldier, you can do it. You don’t always have to be a princess. Work hard, train hard, and never give up what you believe.”