When it comes to staging barn burners, few athletes can hold a candle to Team Lakay’s Lito “Thunder Kid” Adiwang, who takes on “Wolf Of The Grasslands” Hexigetu at ONE: REVOLUTION on Friday, 24 September.

In fact, the strawweight dynamo has emerged as one of the most exciting fighters on the ONE Championship roster.

But given that he grew up in the Philippines watching the only eight-division Boxing World Champion Manny Pacquiao, that shouldn’t come as a surprise.

As Adiwang’s star continues to rise in The Home of Martial Arts, he looks to emulate what “Pacman” has done in his legendary 26-year career.

“When it comes to sports, the number one inspiration I have is Senator Manny Pacquiao,” the 28-year-old says. “He’s the one who really pushed me to wear gloves. There’s just so many things that he’s done for the country, particularly in sports, so that’s why it’s really him.”

So far, “Thunder Kid” has followed his idol’s lead – at least when it comes to their approach to competing.

Like Pacquiao in the ring, Adiwang brings nonstop energy to the Circle and consistently picks apart his opponents with strikes from different angles. Moreover, he always pushes the pace, which has led to some jaw-dropping stoppage victories.

The Filipino finished Senzo Ikeda and Pongsiri “The Smiling Assassin” Mitsatit in the first round, and he knocked out Namiki Kawahara in the second frame. Most notably, he used a Pacquiao signature punch – a short left hook to the jaw – to ruin Kawahara’s ONE debut in January.

“When I was younger, I was able to catch his early fights. I was so amazed. He kept on winning, and he did it in the most exciting way possible,” Adiwang says.

“He performed for the fans, and that gave me the fire to say, ‘One day, I want to do this and follow in his footsteps.’” 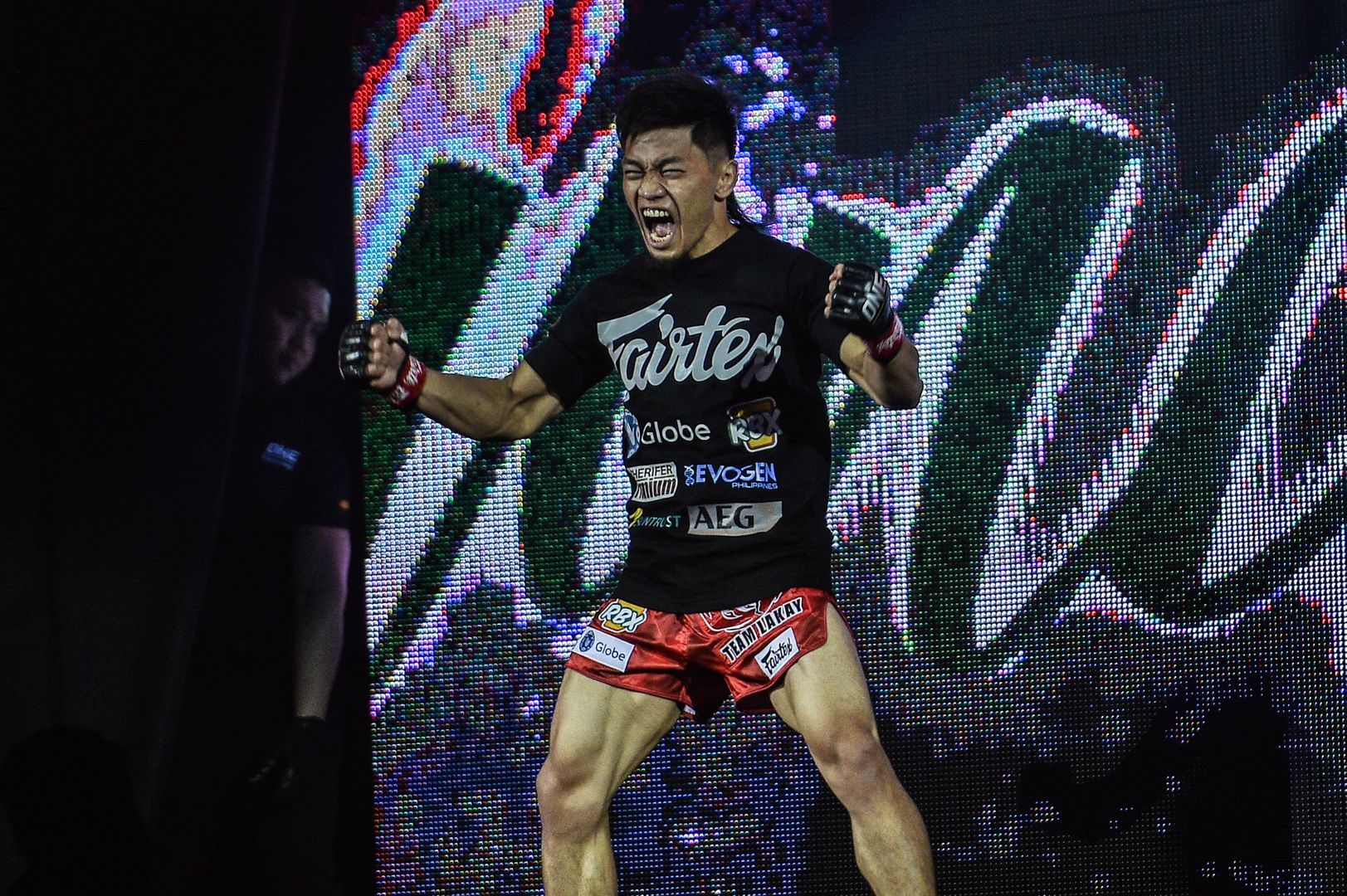 Unfortunately, poverty and prizefighting still go hand-in-hand in the Philippines, and many athletes use boxing as a springboard to a better life and a way to support their families.

Pacquiao is, arguably, the most famous success story in this regard. Boxing turned him from a young teenager who used to shuffle jobs in the unforgiving streets of Manila to a superstar competing in the richest boxing match in history against Floyd Mayweather Jr. in 2015.

And although Adiwang found his lifeline through a different combat sport in mixed martial arts, Pacquiao’s ascent reminds him that hard work and determination will always be rewarded.

“Like me, he also came from nothing, and now he’s already a millionaire,” the strawweight says. “One takeaway from that is once you do your best, stick with your passion and you’ll succeed. It won’t be in vain. Everything else will follow.”

While Adiwang is certainly inspired by Pacquiao’s incredible life story, he is even more impressed with how the boxing legend has conducted himself through fame and fortune.

By seeing “Pacman’s” attitude outside of the ring and how he handles the spotlight, “Thunder Kid” believes he has a blueprint on how professional athletes should approach newfound popularity and financial success.

“I have to highlight his humility. He’s achieved everything imaginable in boxing. He’s reached the top, yet he remains humble,” Adiwang says.

“This is where some athletes have trouble in life. Once we get something that we never had before, like money, some athletes tend to go into a downward spiral, mainly because they don’t know how to use it.

“But Senator Manny is different. His humility and how he handles fame, you’ll see that he didn’t change one bit.”

Like many Filipinos, Adiwang found it hard watching Pacquiao lose in his last fight against Yordenis Ugas this past August. In that bout, it appeared as if the many years in the ring caught up with the legend.

Debates as to whether “Pacman” should, at 42 years old, finally hang up his gloves have been swirling all across the globe.

Adiwang, however, doesn’t plan on joining that conversation. He only wants to support his hero’s decision, whether it be to retire or continue fighting. After all, “Thunder Kid” knows Pacquiao has earned that right to decide for himself.

“He’s my idol, and it hurts to see him lose. But, as a real fan, I respect whatever his decision is,” the Team Lakay product states.

“If he wants to retire, or if he still has that fire – it’s up to him. I can’t dictate to him what he plans to do next. I’ll just pray for him and support him.”

Whether Pacquiao fights on or not, “Thunder Kid” has a chance to continue his idol’s legacy by emulating his no-nonsense approach in the ring and his professional approach outside of it. 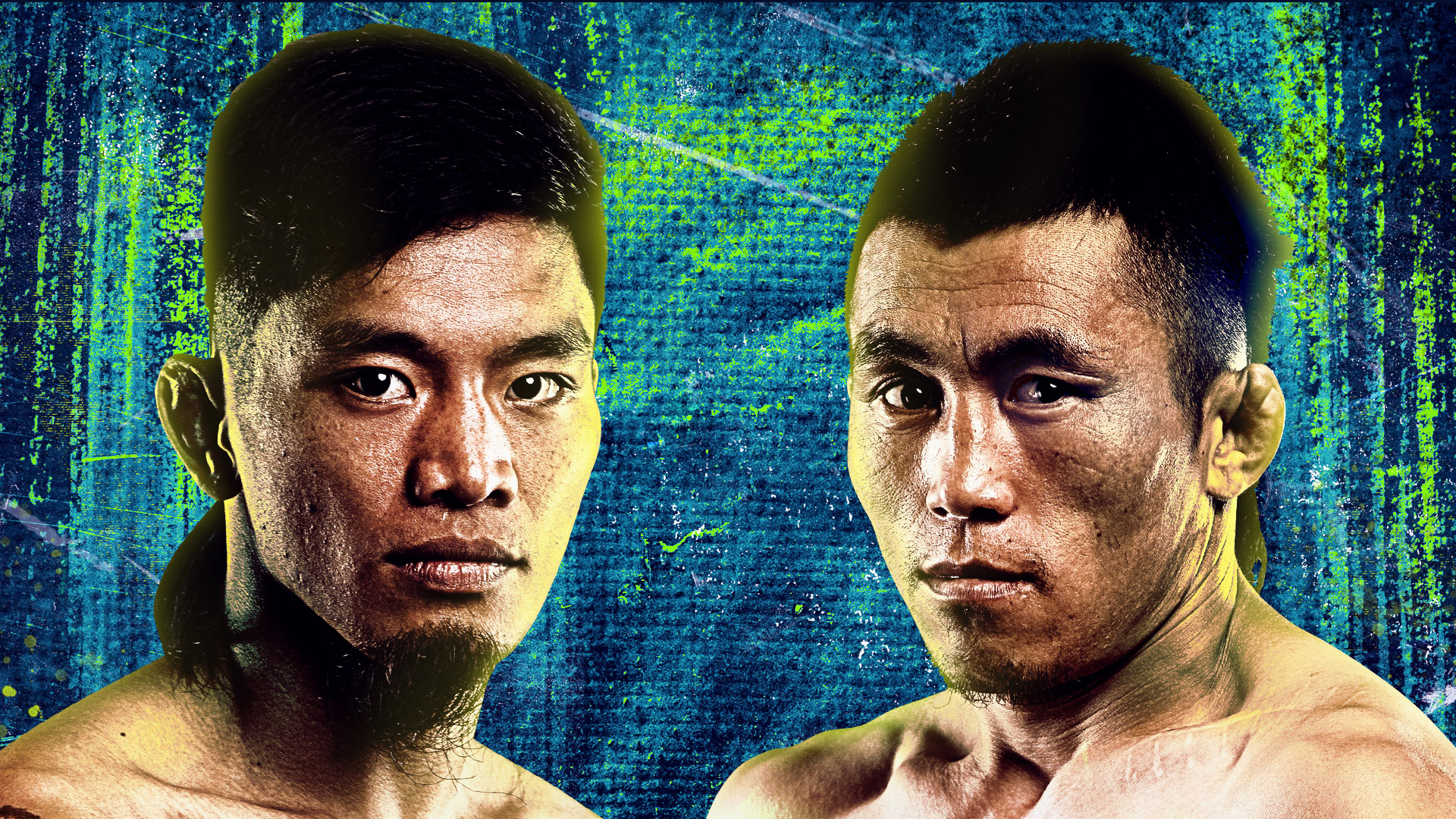