Andy “Souwer Power” Souwer battled his way to the top of the kickboxing world inside the ring, but there was a major catalyst outside of the squared circle that set him in motion.

The Dutchman returns to elite-level martial arts competition when he takes on Yodsanklai IWE Fairtex at ONE: A NEW ERA in Tokyo, Japan on Sunday, 31 March.

However, without his father’s guidance and discipline, the two-time K-1 World Max Champion would not have been as motivated to climb to such enormous heights.

“My dad was pretty strict. He was always telling me that I needed to achieve something,” the 36-year-old Amsterdam native recalls.

“He was a strong mentor. He put a lot of pressure on me, and eventually, it worked out.” 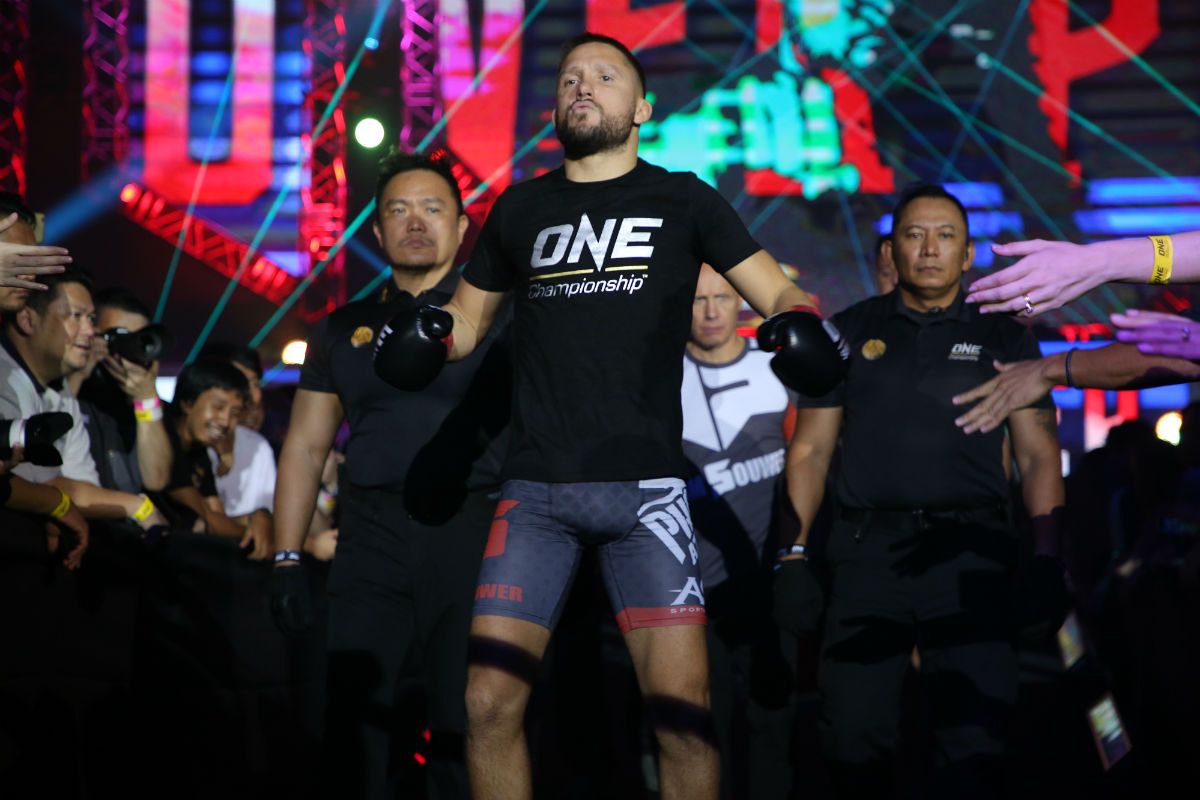 Like many lessons from childhood, Souwer was not able to see them as clearly at the time.

In hindsight, he knows his father’s insistence on finding ambition and working hard helped to forge a path towards World Title gold. But when he was younger, it was too fuzzy to see.

As a burgeoning young striker, the Dutchman enjoyed his training, but there were times when he simply wanted to be a kid.

“Sometimes, I didn’t want to train. I wanted to stay outside to play with my friends. But he was always the one who got me from the streets and brought me to the gym,” Souwer says.

“He was always explaining to me that this was the best way to achieve something. At the time, I didn’t like it, but eventually, I got to where I am right now in life. I’m happy about that.”

With Singtongnoi and Nong O ONE Championship

When Souwer was 18 and just beginning to make his name on the international circuit, his dad suffered a stroke. It was a devastating blow not just for the Dutch kickboxer, but for the entire family.

The patriarch would never be the same again. He suffered permanent brain damage and could not walk, and he had limited ability to move or speak.

A few years ago, after “Souwer Power” had competed in Japan, he received some heartbreaking news.

“After the fight, I got a phone call from my wife and she told me that he passed away,” he reveals.

“You know what is a crazy story? At the same time I finished my fight — I lost, by the way — he died at that moment. I felt a connection. Of course, I was emotional, but it was all connected.”

Souwer’s father did not have to suffer any longer as his time on this earth had come to an end. But his legacy would live on.

His son vowed to remember the positive lessons he took from him, and those experiences would also come to life every time he looked inside his trophy cabinet.

The multiple-time kickboxing and shoot boxing World Champion earned his accolades because of the work ethic his father instilled in him.

“I think I have a lot of similarities with my dad,” he says.

“The power and the will to win, the aggression, and being the best [are traits I got from my dad]. I think that helped me in the sport.

“Besides sports, to treat everybody with respect and be a good human being. He gave me a lot of support and gave me the feeling that I could be something.”

Now as a father himself, the Dutch kickboxer may not want to treat his own children in the exact same way he was treated, but that does not mean he has any regrets.

Souwer knows that his dad’s motivation was his son’s success and, just as he looked up to his father, his only hope is that his own children will do the same.

“To be honest, I don’t want to be the dad that my dad was for me. I let them choose what they want. I just want them to succeed in life,” he notes. “The biggest fight that I have is that I want to be a good role model for them.”