Laura “La Gladiadora” Balin has the opportunity of a lifetime in front of her.

Not only is the Argentinian making her ONE Championship debut at ONE: PINNACLE OF POWER, she will be competing for a World Title in the co-main event.

She will challenge ONE Women’s Strawweight World Champion “The Panda” Xiong Jing Nan for the belt on Saturday, 23 June at Studio City Event Center in Macau.

Throughout her career, Balin has taken out most of the competition she has faced in South America in style, but now she is traveling across the globe to meet the toughest strawweight the world’s largest martial arts organization has to offer.

Balin knows she has drawn an incredibly tough challenge. However, the former kindergarten teacher has never backed down before and she is not about to start now.

“I have seen her last fights,” the 38-year-old contender says. “I know she is a very strong, complete athlete, and I am excited to face an opponent like her.”

“La Gladiadora” is a late arrival to the sport, having previously dedicated her time to raising two children and pursuing a career in education.

However, when her kickboxer husband, Guillermo, convinced her to give his sport a try, things began to change. Balin connected with the striking discipline, then gravitated towards grappling. Soon, she would leave her teaching career for a shot in the cage.

“I started training kickboxing with my husband, who is also my trainer. He was always with me and encouraged me to get into the sport,” she recalls. “Then he started training jiu-jitsu. That is how I got involved in jiu-jitsu also, and then we both got into mixed martial arts.”

Balin, now a BJJ purple belt who trains with the Kaeshi Team in Entre Rios, Argentina, has racked up an impressive 10-2 professional record since October 2011.

She has five submission wins and four knockouts to her credit, and captured the Gladiadores MMA Title in the process.

While her martial arts training started out with striking, the Argentinian has fallen in love with grappling, and believes that will help her dethrone the strawweight queen at ONE: PINNACLE OF POWER. 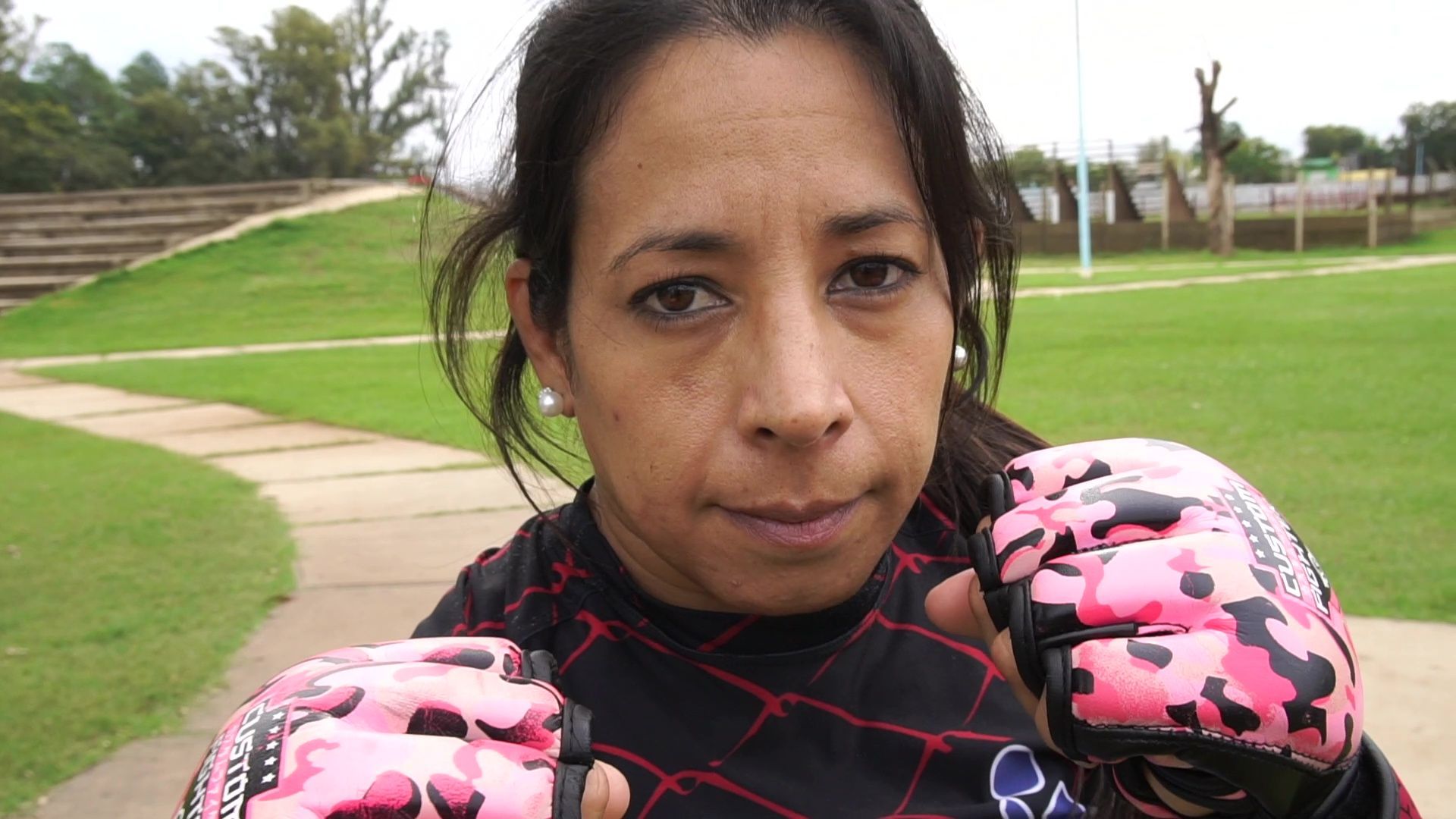 Xiong, a 2017 China Open BJJ Champion who was previously a member of the Chinese national boxing team, is a powerhouse known for her thunderous knockouts.

Both of her matches in the organization have ended via strikes – a first-round TKO of April Osenio in December, and a devastating fourth-round stoppage of previously-unbeaten Singaporean Tiffany “No Chill” Teo in January in the inaugural ONE Women’s Strawweight World Title match.

“La Gladiadora” respects the 30-year-old Chinese hero’s accomplishments, as well as her dazzling 14-1 professional record. But she believes she has the blueprint to offset her rival’s dangerous boxing.

“We have been training to avoid her strikes and her aggressiveness, and the idea is to take the fight to the floor,” Balin explains.

“We have been training very hard on striking, so if we have to fight on our feet, we will do it that way. If not, we will take it down to the floor. That would be it.”

Balin also has more to gain by defeating “The Panda” than simply leaving the Studio City Event Center with the ONE Women’s Strawweight World Championship wrapped around her waist.

Capturing the gold would elevate her team’s profile in the combat sports world, as well as that of the mixed martial arts scene in her homeland. To be at the forefront of a sporting revolution is a huge motivating factor.

“It is a wish you have with all this. This [World] Championship is not only for me or my academy — it is important for the sport in Argentina,” the challenger says.

“Hopefully, it will help expand it, and more girls and more women will be encouraged to practice it and participate in competitions, and we can have a more organized sport in our country.”