Shooto Lightweight World Champion Koshi “Luxor” Matsumoto was desperate not to end up as a “salaryman” like many of his countrymen.

For the 36-year-old, the life that modern Japanese society frequently funnels young people into would feel purgatory.

Luckily, the Osaka native showed promise as a martial artist from an early age, and he has used his skills to forge his own path. After becoming one of his homeland’s top two lightweights, he will make his debut on the global stage at ONE: CENTURY PART II.

Ahead of his match-up with Takasuke “The Hawk” Kume this Sunday, 13 October, Matsumoto reveals how he followed his dreams to reach the highest level. 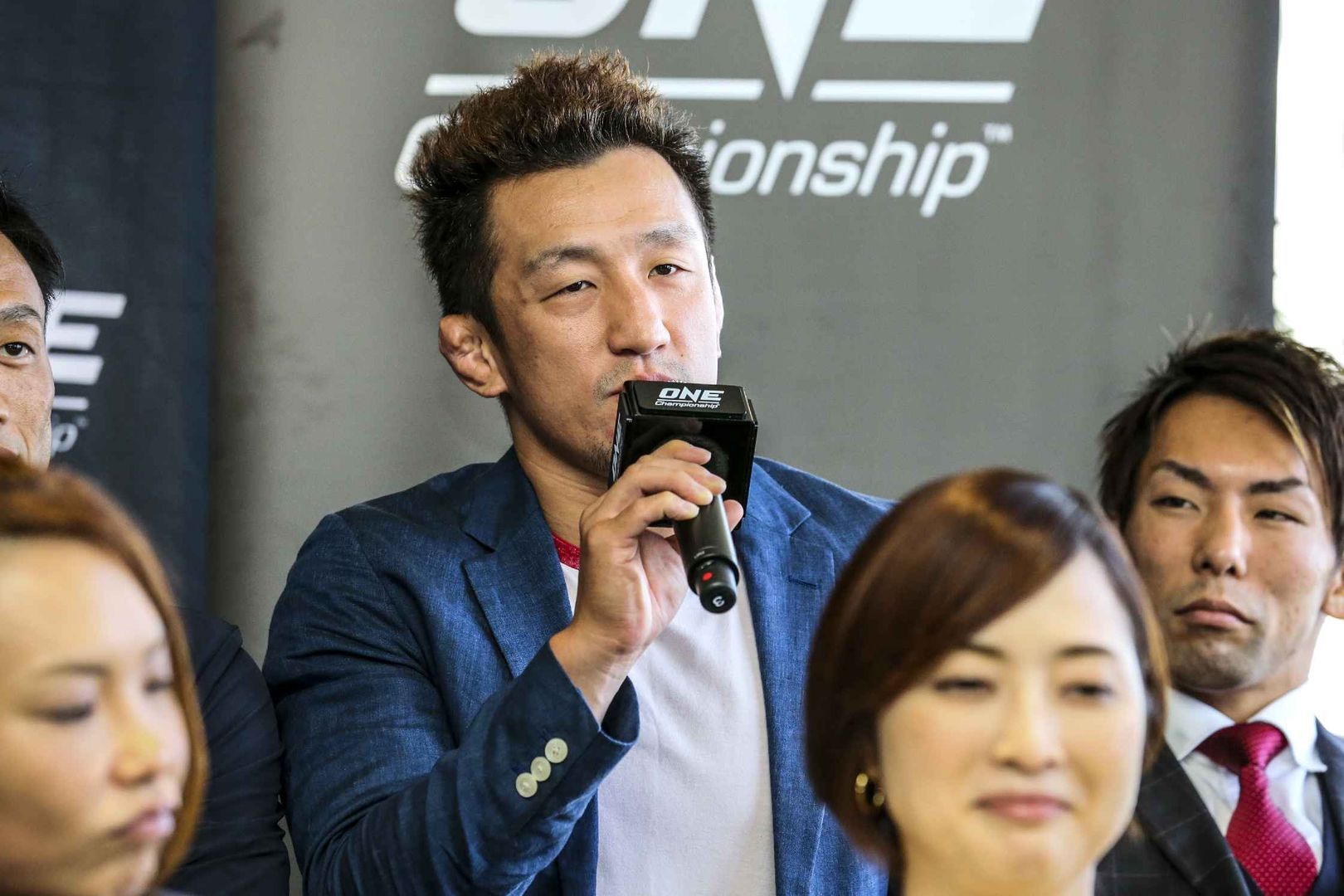 “Luxor” grew up in a rural part of Osaka surrounded by rice fields with his older brother and parents.

His father was a dedicated provider for the family, but Matsumoto saw the stress he was under from his career, and that is where his fear of a life in business came from.

“My mom was a housewife, and my dad worked in the plastic processing industry,” he explains.

“My dad worked non-stop, so I was afraid that when I grew up, I would have to spend all my time working too.”

Fortunately, Matsumoto had the distraction of judo from an early age, and he showed a lot of promise, but even his favorite sport was hard on him when he started to compete.

Judo plays a part in both the official curriculum and extracurricular activities in many high schools around Japan, but his was a particularly ambitious program, and the demands were rigorous.

“I was forced to eat tons of food to try to get bigger, and that was really hard on me,” he recalls.

Although he struggled to keep up with the demands of his coaches at times, his hard work paid off. Matsumoto continued to train, went on to learn under judo World Champion Katsuhiko Kashiwazaki in university, and eventually earned a third-degree black belt in the art.

Judo gave Matsumoto the perfect foundation for a career in mixed martial arts, which he had been fascinated by since he watched – and imitated the heroes from – Fighting Network Rings with his brother as a child.

Many years later, as a third-year high school student staring at the possibility of an unfulfilling career, “Luxor” joined a local dojo, and started working toward a professional career. To his surprise, his parents had no objection.

“I don’t know what they were thinking inside, but they supported me from the beginning,” he says.

In his early years, he also traveled to Las Vegas, USA – a hub of North American mixed martial arts – and his experience there left an indelible impression on Matsumoto about what he was capable of.

“I wanted to see what it was like to be an [American mixed martial arts] athlete, and also to experience living on my own overseas,” he explains.

”I realized that I could get by even without speaking the language, and also that sometimes strong guys lose and weak guys win.”

While he was in “Sin City,” he also earned his nickname from the iconic Luxor Hotel & Casino – the pyramid-shaped building that shoots light into the sky – which he used as a landmark at night when he rode his bike home from training.

Bump In The Road Matsumoto enjoyed a promising start to his career as half of his first eight victories came via submission thanks to his grappling background.

However, he hit a big stumbling block when the holes in his striking game were exposed in his first defeat by stoppage, and he was forced to re-evaluate his approach to his career.

“The absolute lowest point in my martial arts career was the second time I faced [Shin] Kochiwa and lost by knockout,” he remembers. “I felt trapped. I trained so hard, but couldn’t move at all.”

“Strangely, I never even considered giving up, even for a moment. I decided I needed to change things up, so I went looking for a striking coach, and I’m still training with him today.

“I learned the theory of striking laboriously, starting over from scratch, and little by little I started to see results.”

This measured approach has been his trademark throughout his career, and he continues to train the same way today – even as Shooto World Champion.

“I try to add a little bit every day, not doing too much or too little, continuing to grind without getting complacent,” he adds.

“I have never thought of myself as tough, so any small improvement makes me happy. I’m surrounded by more senior athletes who are still going strong, and that helps keep me constantly motivated.”

Rise To The Top 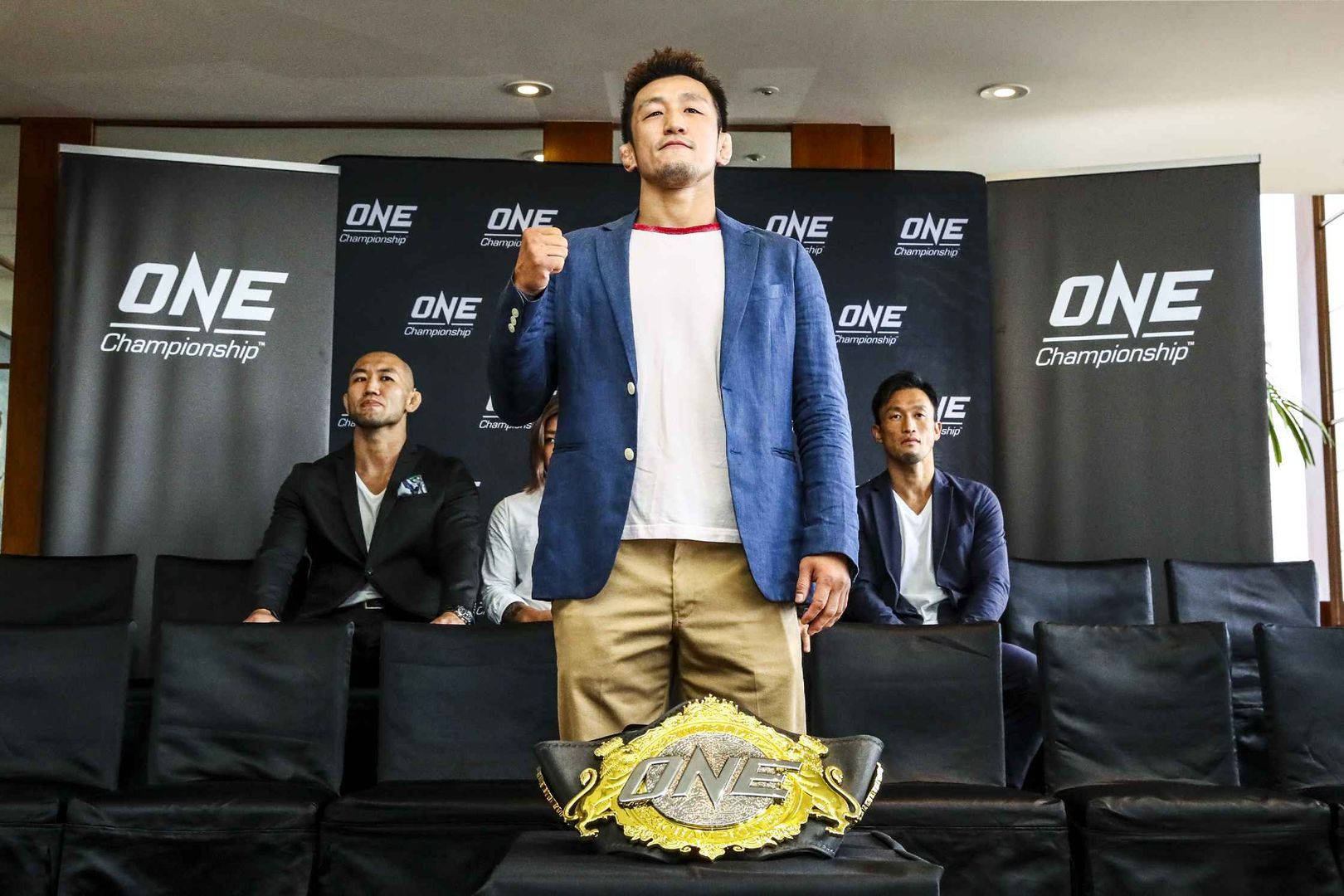 His hard work over many years paid dividends, and he has more knockout wins in the last few years than submissions – including in both defenses of his belt, which he won with a third-round rear-naked choke of Yuki Kawana in April 2016.

Now, the Master Japan representative is relishing the opportunity to represent the promotion in which he built his career, in the world’s largest martial arts organization, against the Pancrase Lightweight World Champion.

“I feel honored to be able to compete as a top lightweight for an organization born in Japan with a rich history, and I want to give a performance the fans of Shooto can enjoy,” he says.

“Luxor” is also not done with his evolution as a competitor after 30 professional bouts and more than a decade in his sport.

Now that he has graduated to The Home Of Martial Arts, he wants to reach new heights by maintaining the same mindset that has taken him this far.

“My goals are to become the ONE World Champion, and to always have the mindset of adapting, evolving, and staying calm.”

Read more: How Takasuke Kume Never Gave Up On His Dreams Of Glory