Takasuke “The Hawk” Kume embodies the essence of  Japanese martial arts – always displaying the utmost humility and respect when he performs.

Due to his kind and soft-spoken nature, combined with his explosive athleticism in competition, the Pancrase Lightweight World Champion has built a large and loyal following of fans across Japan.

His path to greatness was never easy as he never hesitated to accept a tough match-up, but he persevered and flourished to reach the top in his homeland. Now, he is preparing for his first assignment on the global stage against Shooto World Champion, Koshi “Luxor” Matsumoto at ONE: CENTURY PART II.

Ahead of that contest on 13 October in Tokyo, Japan, the 34-year-old breaks down how he walked his rocky road to glory. 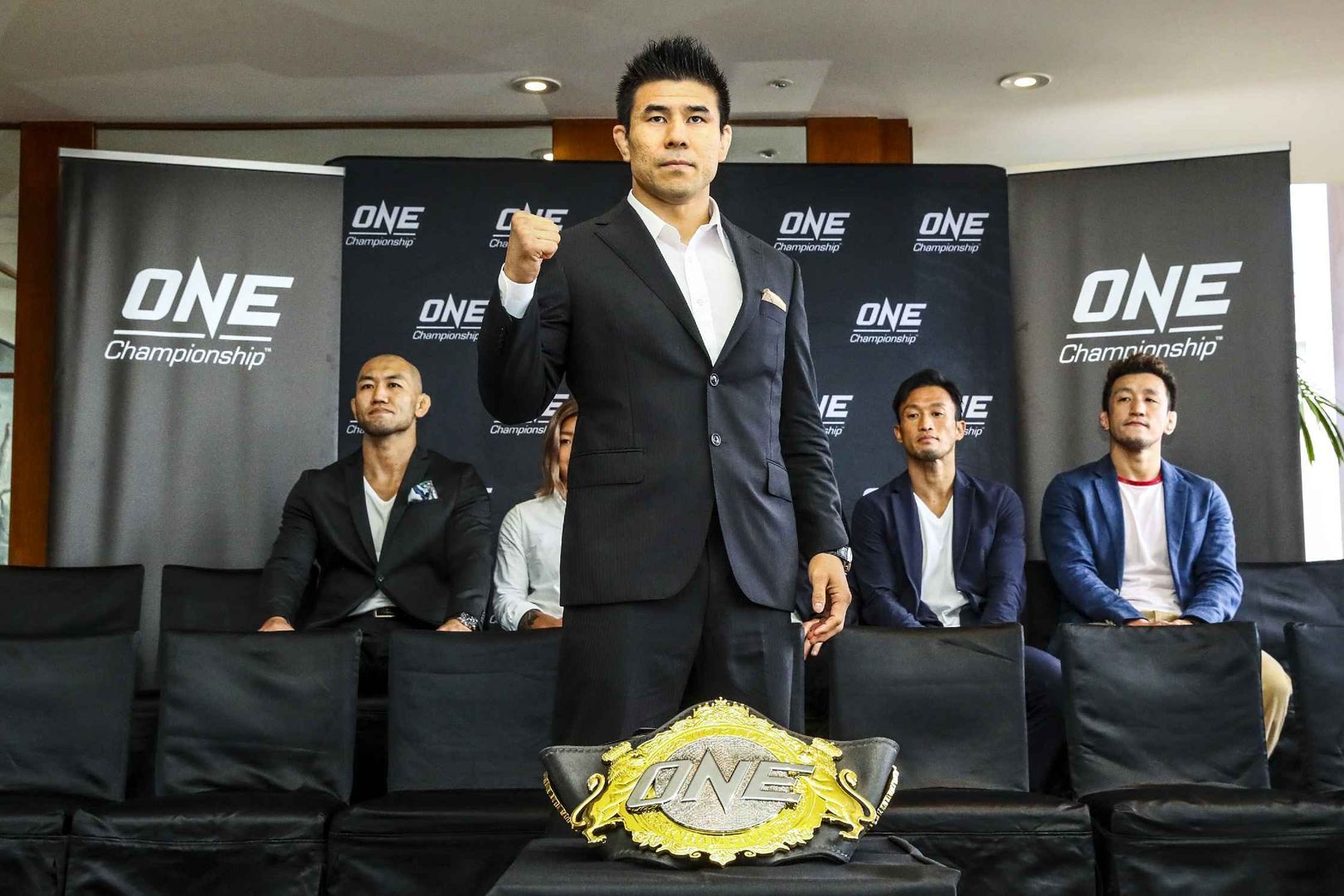 Kume was born in Nagoya, and brought up in a very traditional Japanese household as an only child. His parents were strict and strongly emphasized discipline and manners, but provided him with love and support.

He had a powerful and muscular frame from a young age, and he played soccer and baseball in his childhood years, but it was judo that that captured his imagination. He read the famous judo manga Judo-bu Monogatari and idolized Olympic gold medalist Kosei Inoue, who he often saw on TV.

He joined a local dojo aged 10, and though he did not train as regularly in junior high while he focused on soccer for three years, his high school judo club rekindled his passion for the discipline.

“What I love about judo is the beauty of a clean ippon. When you get the timing right, it feels great to get a clean throw,” he says.

After he graduated high school, Kume enrolled at Chukyo University in Nagoya, where he studied Physical Education, and continued to hone his martial arts skills.

While he was a student, mixed martial arts was booming, and the “The Hawk’s” curiosity about the sport was piqued when he often passed Alive Dojo.

He soon joined the gym aged 19, but only to keep fit, at first.

“I wasn’t thinking about becoming a professional athlete, I just wanted to move my body,” he recalls.

However, the coaches quickly identified his physical attributes and his discipline, and he made his professional debut in Shooto in his junior year in 2007.

Even though he juggled his career with his studies, he went undefeated in his first 10 bouts thanks to instruction from Yoichi Suzuki and the gym’s founder, Shigehisa Tadashi, as well as training alongside veterans like Hatsu Hioki and Brazilian Jiu-Jitsu black belt, Daisuke “Amazon” Sugie.

After he graduated, he found a job at a security company, but because he felt like he was on the cusp of something special in professional martial arts, he left after six months to train full-time at Alive Dojo. By the start of 2013, Kume was 15-1-4, and had worked his way to a title shot in Korea’s Road FC. However, he fell short on the judges’ scorecards against Yui Chul Nam, and then again in an immediate rematch.

“The Hawk” was disappointed, but refused to give up and won his way back to become the top contender. However, when he battled ONE veteran A Sol Kwon, he lost out again on a razor-close majority decision.

“When I lost the third title match in Korea, it was hard. I had lots of support, and some even flew over to Korea. I was really down after that,” he admits.

Though he bounced straight back again in Pancrase, the hardships continued when he suffered a detached retina. The injury could have ended his career, but he received support from Japanese mixed martial arts icon Tatsuya Kawajiri, who introduced him to one of the best hospitals in Japan.

Though his operation was a success and he made a full recovery, he was out of action for a year, but he says his misfortune did not dent his enthusiasm for the sport.

“The fascination of mixed martial arts is how a match unfolds. There’s a multitude of ways it can play out,” he says.

”You need ingenuity, there are various ways of approaching it and engaging opponents which changes how it plays out. It’s a tough, win-lose world, but it’s a wonderful thing.” 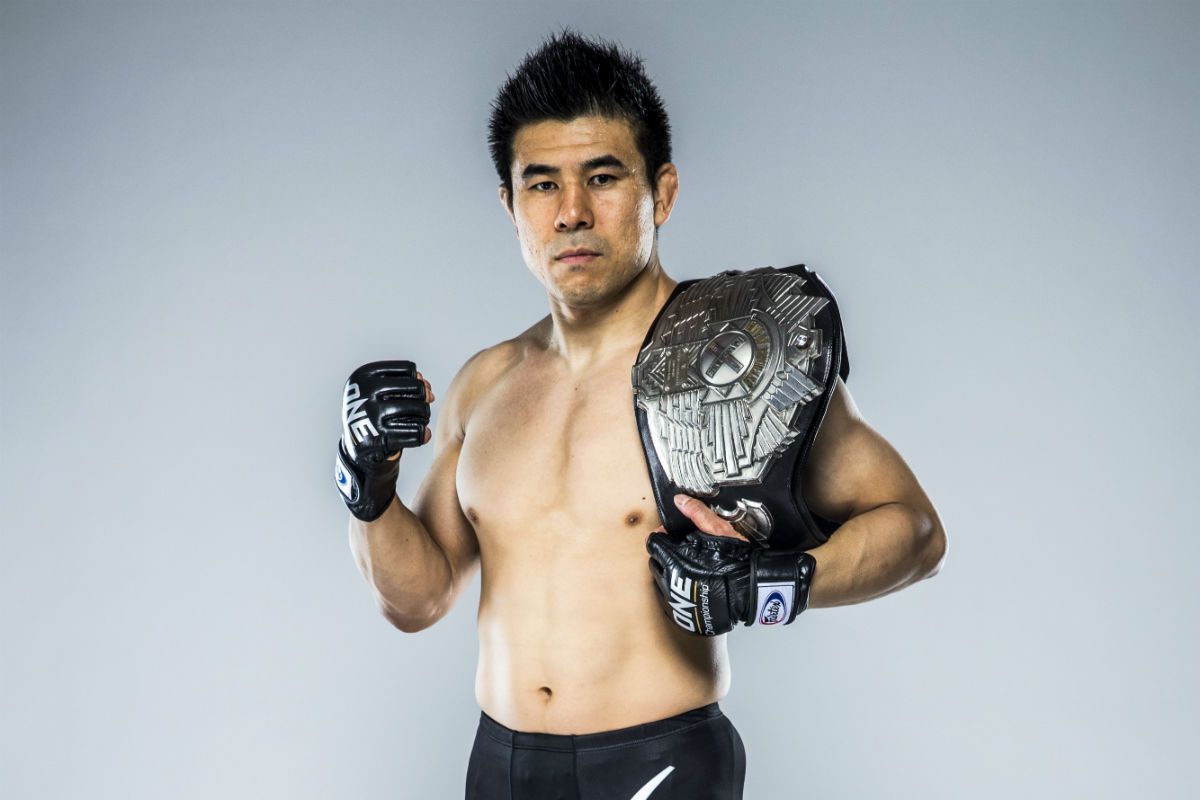 When he was back in action, Kume won again to earn his shot at Pancrase Lightweight World Champion Kazuki Tokudome, who he finished by TKO in the first round to finally win his first belt.

“Winning the Pancrase World Title was the happiest moment in my career,” he says.

“I made a lot of mistakes earlier on, so becoming World Champion is by far my best memory.”

The 34-year-old defended the belt once, which sealed a step up to the global stage for martial arts, where he is excited to be in the mix with the best athletes in the world.

“There’s a lot of strong competitors in ONE. I think there are some challenging matches waiting for me, and I want to test myself against the strongest,” he adds.

“I have plenty of experience, and I want to prove myself in ONE for the remainder of my career. I want to take all challenges as they come. Whoever I’m matched with, I’ll give a great fight. I get motivation from facing strong opponents.

“Right now, I’m only thinking about Koshi Matsumoto, but I’ll be in the best condition possible for whoever is in front of me.”