The ONE Strawweight World Championship clash between Joshua “The Passion” Pacio and Alex “Little Rock” Silva is an intriguing battle of exciting finishers with very different, but well-rounded styles.

Their main event match-up at ONE: FIRE AND FURY in Manila, Philippines this Friday, 31 January, will pit the young Pacio, whose game is based in his explosive wushu striking, against a Brazilian Jiu-Jitsu World Champion in Silva.

However, “The Passion” has proven his ability to excel wherever a bout goes and has earned most of his wins by submission, while “Little Rock” won the gold in 2017 with a game plan that made use of his Muay Thai skills.

With 88 percent of their combined victories coming inside the distance, both athletes can end things at any moment, but it will be tough for them to engineer bout-ending opportunities against such elite opposition. However, these valuable tools could be their keys to sealing a dramatic result. 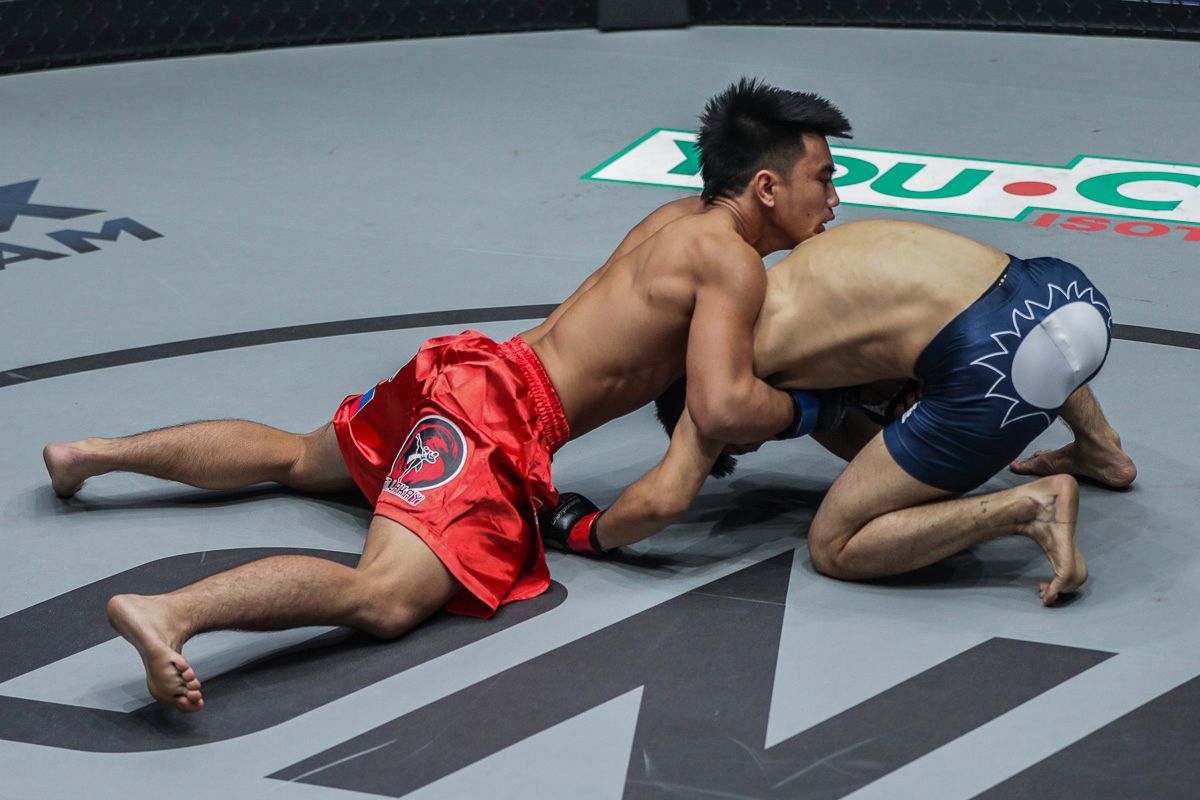 Though the defending World Champion has undoubtedly elevated his submission game to an elite level, he is unlikely to want to engage in a grappling battle with Silva when he will have a clear edge in the striking department.

The Team Lakay man has faced many grapplers before, and he has done his best work when he operates in a low stance. From here, his hands are not in position to defend a heavy boxing attack, but they are perfectly placed to help him fend off takedown attempts.

With this approach, Pacio can frame away from danger and sprawl in the blink of an eye to emerge upright again. He can also keep his feet planted to sit down on his powerful counter-punches and drive in hard low kicks, unlike if he operated a movement-based defensive strategy.

Pacio’s athleticism means he is hard to take down with a shot from the outside, but Silva can work around that by pushing him up against the Circle. The Brazilian likes to move his opponents backward with a salvo of punches, and then press them against the fence to limit their movement.

His first move is usually to lock his hands together for the double-leg so he can pull his foe’s hips from under them. If they turn to defend, he switches to the single-leg and runs the pipe to peel them away from the fence and deposit them on the canvas. From there, he can get to work with his dangerous submission attack.

He nailed this plan perfectly in the second round of his match with Stefer Rahardian and finished the Indonesian moments later.

If Pacio can frustrate Silva with his takedown defense and force him to take desperate measures to close the distance, he will open up opportunities to unleash his devastating power strikes with his right leg.

In his win over Yoshitaka Naito, the Baguio City native landed hard straight knees when his Japanese foe dived in with no set-up. In his rematch against Yosuke Saruta, he feinted and waited on the heavy-hitting “Ninja” to commit to his overhand, and then turned out his lights with a well-timed kick.

If “Little Rock” does not stay disciplined and keep his guard tight when he moves forward with strikes or a takedown, he could charge full-force into a blow with knockout potential.

On the ground, Silva’s armbar is his go-to move, and it is one of the most potent weapons on the whole ONE roster. In his eight wins on the global stage, he has taken five by way of armlock, with a variety of different set-ups.

He handed Hayato Suzuki his first-loss with a sublime attack from the butterfly guard, and then a transition into the finish, and he has also snatched up limbs from the mount and back-mount positions.

It may not be enough for Pacio to defend the initial attack because the Evolve representative excels in keeping his opponent’s arm isolated when they try to roll or scramble away. He is usually two steps ahead and setting traps in motion, just like in the finishing sequence against Peng Xue Wen that earned him his shot at the belt.

“The Passion” has become adept at taking a dominant position and staying out of danger on the mat, but he might want to avoid the ground altogether against such a lethal submission artist, because if Silva does grab a limb, he rarely lets it go without feeling a tap.

Read more: 3 More Bouts That Could Steal The Show At ONE: FIRE AND FURY