Jimmy Yabo is a true martial artist. The 36-year-old Filipino has integrity and self-discipline. He is calm, resilient, and spirited. Most of all, he is immensely humble, and lives a simple life doing what he loves.

“Martial arts is my life,” he states. “If I was not in this field, then maybe I would be in prison and involved with drugs.”

A native of Lapu-Lapu, a city in the Filipino island province of Cebu, Yabo picked up his first martial art, taekwondo, when he was in grade school, and eventually earned his black belt. That kept him on the straight and narrow path, and he even supported his wife and three children as a freelance taekwondo instructor. 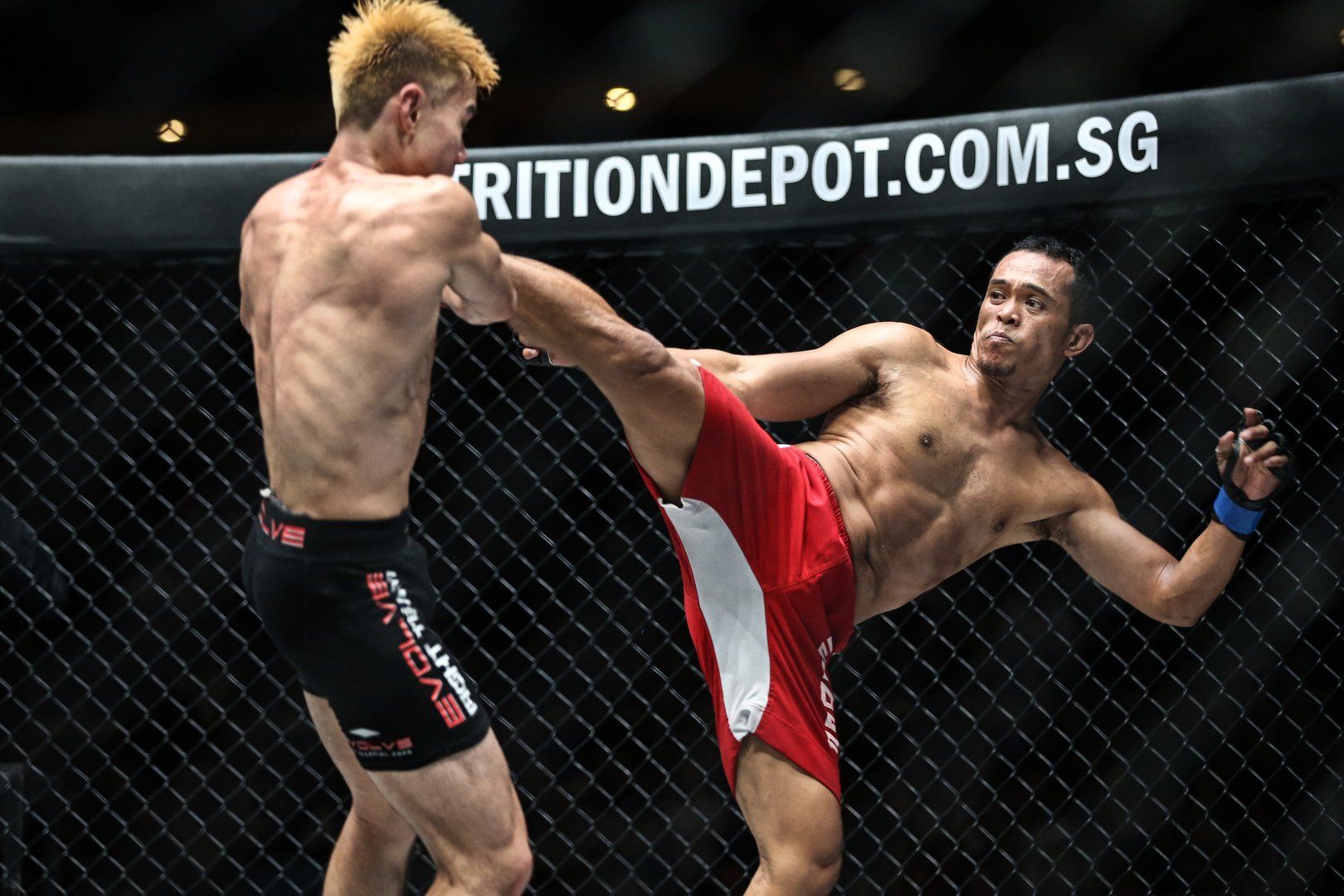 In 2008, something extraordinary happened The Filipino, who was a quite overweight at the time, took a dramatic step forward in his evolution as a martial artist when his wife introduced him to mixed martial arts. After one class, the sport ignited his passion to a whole new level.

“I got involved in mixed martial arts because of my wife,” he begins. “I was a bit curious when she started coming home late. Then one day, I went with her to the gym, and the rest is history. I gain weight easily, because most of us Filipinos love eating. So basically, martial arts gave me a healthy lifestyle, aside from learning self-defense.”

By continuing his mixed martial arts pursuits, the taekwondo black belt lost a staggering amount of weight. Standing at 169 centimeters, he dropped from 90 kilograms to about 70 kilograms. However, aside from improving his fitness and lifestyle, it turns out it was also something he excelled at. A year later, he decided to test his skills.

Yabo made his professional mixed martial arts debut in June 2009, and quickly made a name for himself on the national scene. He earned his nickname of “The Silencer” due to his quiet demeanour and impressive knockout power, as he quickly recorded four knockouts and one no contest in his first five bouts.

After tearing through the local competition, however, Yabo has had a difficult time translating that impeccable success into ONE Championship. Since joining the promotion in 2015, he has only one victory in his past five bouts, a stunning 21-second knockout over Pakistani mixed martial arts pioneer Bashir Ahmad at ONE: TRIBE OF WARRIORS in February 2016.

Most recently, in August 2016, he clashed with Chinese prospect Ma Jia Wen at ONE: HEROES OF THE WORLD, and it was an action-packed affair. However, in the third round, the Filipino made a crucial error. As Yabo spun around for a back kick, Ma swept his standing leg out from under him, and pounced with ground and pound until referee Olivier Coste called an end to the contest.

“There is pressure in every one of my fights, but I never put that in my head. Instead, I train hard for every fight. I am doing the best I can in all my fights,” he says, before recollecting his latest match. “That was a close fight. If I did not slip during last round because of the back kick, then maybe I could have had a big chance of getting the win that night.” 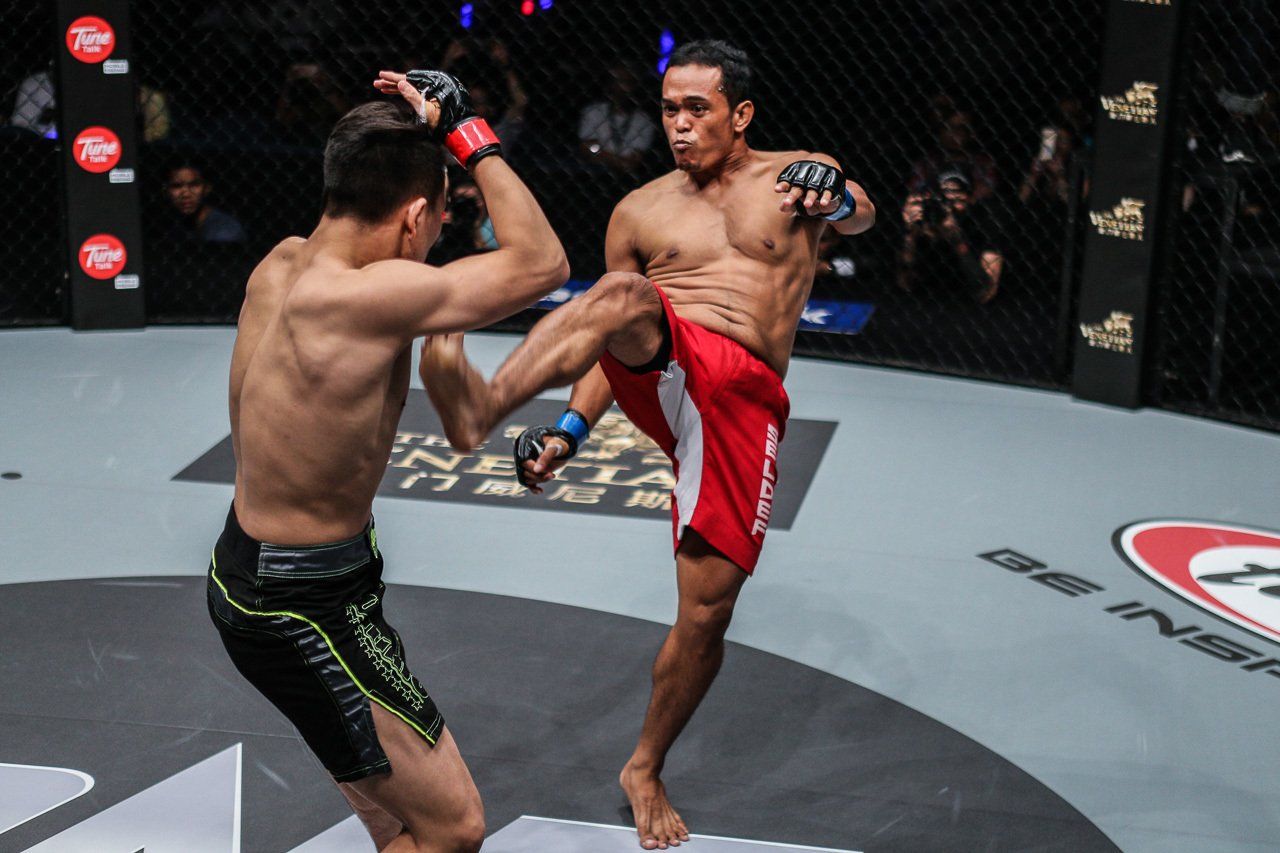 In the ten months since “The Silencer” (5-4, 1 NC) last stepped into the cage, he has spent his  time wisely. He has been teaching taekwondo to the less fortunate, enjoying time with his family, and humbly building his family home “little by little with the help of ONE Championship.”

On Friday Night, 30 June, the Lapu-Lapu native will return to the cage, and attempt to get back on the winning track when he meets Bruno Pucci in a featherweight showdown at ONE: LIGHT OF A NATION. The event will take place at the Thuwunna Indoor Stadium in Yangon, Myanmar.

Like Yabo, Pucci is looking to turn his luck around. The 26-year-old is a two-time Brazilian Jiu-Jitsu No-Gi World Champion who had a hot start to his mixed martial arts career.

Debuting in 2011, the Evolve MMA product submitted his first three opponents — including Ahmad in his promotional debut back in September 2013 — via rear-naked choke. However, in his most recent bout last September, Pucci fell victim to an 8-second knockout loss. 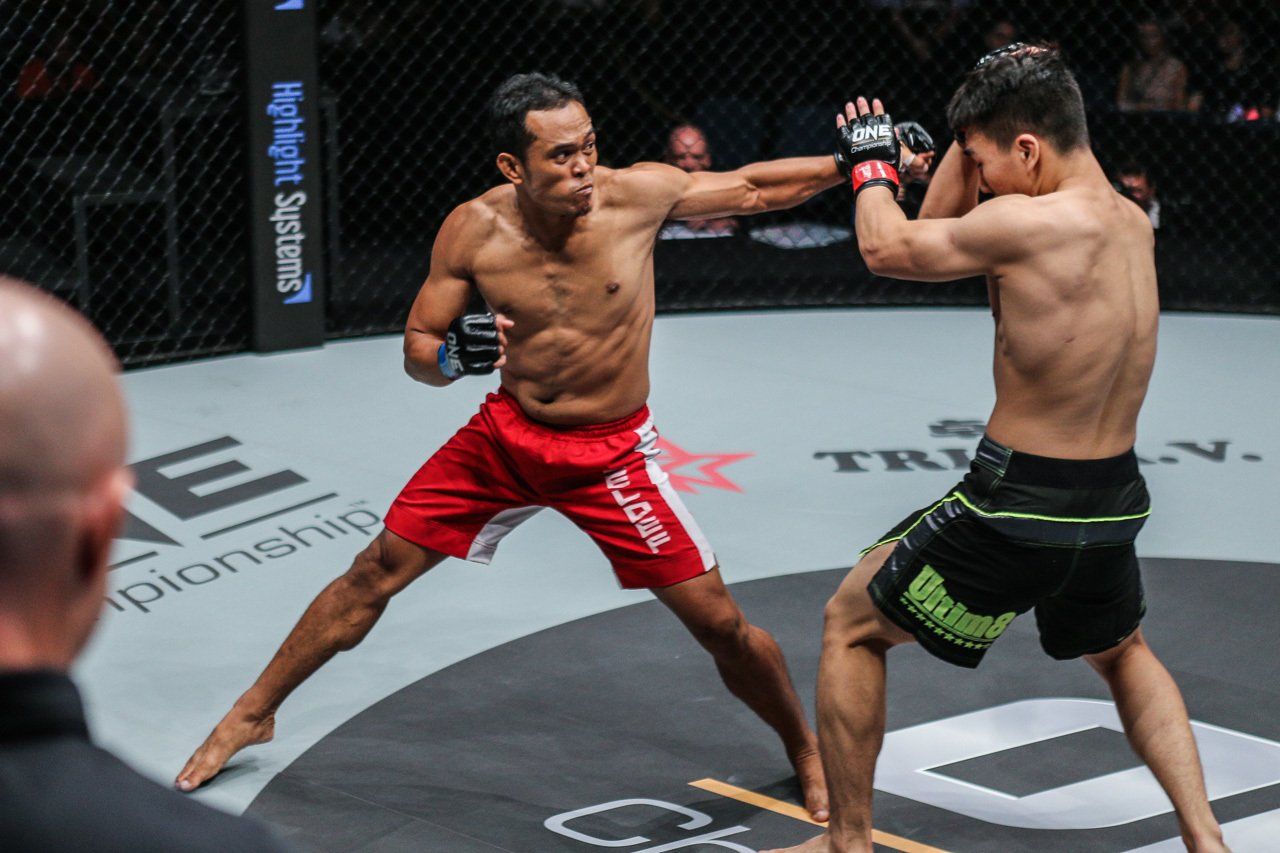 “The Silencer” has studied the Brazilian mat wizard extensively, and though he possesses the punching power to knock Pucci out in similar fashion, he is not underestimating him at all.

“He is one of my most dangerous opponents in ONE Championship. I do not see any weaknesses in him, because he comes from a big training camp,” says Yabo. “It is really hard to predict every fight, especially this match. But I will do my best to finish the fight as early as I can with the help of God Almighty.”

Regardless of the wins and losses, Yabo is eternally grateful. He supporting his family through the martial arts, teaching people self-defense, and enjoying the simple life.

“Martial arts is my passion,” he states. “This is my life, and I will continue to train and share my knowledge with other people.”