Ariel “Tarzan” Sexton (11-3) wanted nothing more than to beat Roger Huerta in his last outing in ONE Championship, and then challenge for the ONE Lightweight World Title.

Unfortunately, Sexton’s biggest enemy over the past few years has not been the opponents he has faced inside the cage, but rather his own body, as he has suffered multiple injuries that kept him sidelined for long stretches of time.

Following an impressive win over Eddie “The Magician” Ng in May 2015, the New York-based martial artist needed surgery to fix a broken arm. The procedure required eight screws and a titanium plate.

When he finally returned in July 2016, Sexton engaged in an epic war against Huerta, whom he defeated via third-round TKO in one of the most exciting bouts of the year. Sadly, “Tarzan” once again felt the brunt of that battle on his body, which ultimately kept him out of action for the past 18 months.

“When I faced Roger Huerta, he cracked the orbital bone in my eye in the first round,” the 36-year-old explains.

“My strategy was to use my jiu-jitsu, but he is a scrapper. He is a brawler. So as soon as he cracked my orbital in the first round, I went into brawl mode. My face went numb, and I just started brawling with him.

“After the match, I won, and I got my face checked out. The doctor said it could get worse, so I had to wait six months.”

As if the orbital bone fracture was not enough, Sexton then suffered a severe knee injury during a training session, which forced him to miss all of 2017.

Now, “Tarzan” is all healed up, and he is looking to get back in the title hunt. He makes his long awaited return against Malaysian-born warrior Ev Ting (14-4) at ONE: QUEST FOR GOLD, which emanates from Yangon, Myanmar on Friday, 23 February.

“The reason why you have not seen me in the ONE cage is because of injuries,” he says.

“That is why this bout is so important for me. I am going to win, but I do not want to get injured because I want to be more active. I want to do three bouts this year. That is the idea.”

Sexton, a Renzo Gracie BJJ black belt, was anticipating the possibility of competing for the world title right away, or drawing another top contender that would put him in line for a shot at the ONE Lightweight World Championship later this year.

The name that came back to “Tarzan” was Ting, a former world lightweight title challenger who has won five out of his last six bouts. Most recently, in August 2017, he defeated former ONE Welterweight World Champion Nobutatsu Suzuki via first-round TKO. 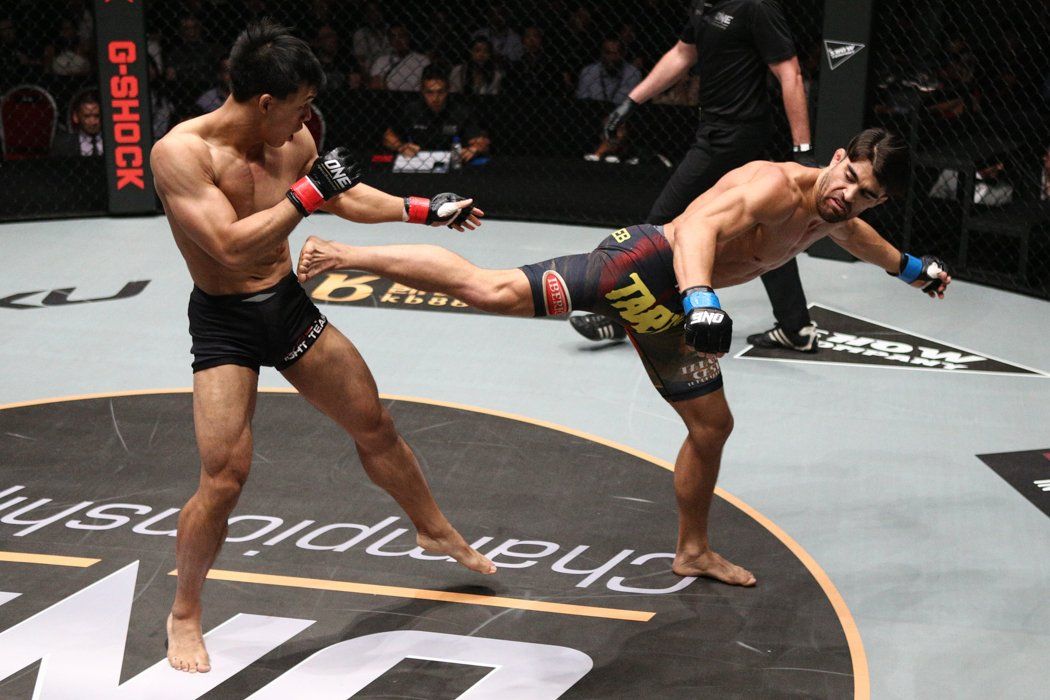 “I am always expecting [to face] the best, and that is what I am getting now — the best,” Sexton says.

“For me, I am a forward-pressuring martial artist. I am going to push the pace, and I am going to bring it to him like he has never felt anyone bring it to him before. That is going to show something to Ev Ting. I am a grappler, but I can also stand. I consider myself being very well-rounded, and wherever it goes, I am ready to go there.”

If all goes well against Ting at ONE: QUEST FOR GOLD, Sexton hopes to celebrate with a world title shot against divisional kingpin Martin “The Situ-Asian” Nguyen sometime in 2018. “Part of the reason why I am in ONE Championship is because I want a title shot. I am not in this just to compete. I want to get a world title. The world title will last forever. Money comes and goes,” Sexton says.

“I just want the opportunity. Sacrifice is what it comes down to, and I have sacrificed a lot. Fans want to see electrifying matches, and every single thing I have done in my entire life has been electrifying.”

A spectacular victory in Myanmar will undoubtedly capture people’s attention. And now that he is fully healed from his past injuries, people may witness the most exciting version of Ariel Sexton yet.