This beauty is a beast too. ????TV: Check local listings for global broadcast | PPV: Official livestream at oneppv.com | Tickets: bit.ly/oneheroes

Despite only starting her professional career in ONE Championship four months ago, Thailand’s Rika “Tinydoll” Ishige has looked impressive inside the cage. Come Saturday, 5 August, she could push her record to a perfect 3-0.

The 28-year-old will take on Jomary Torres at ONE: KINGS & CONQUERORS at The Venetian Macao’s Cotai Arena, and she is keen to expand upon an immensely successful 2017.

It has been somewhat of a whirlwind for Ishige, as she has seen a surge in popularity to accompany her competitive success. The Bangkok native has picked up two first-round victories over Audreylaura Boniface and Nita Dea, showing just an inkling of her potential while charming fans with her dazzling smile. 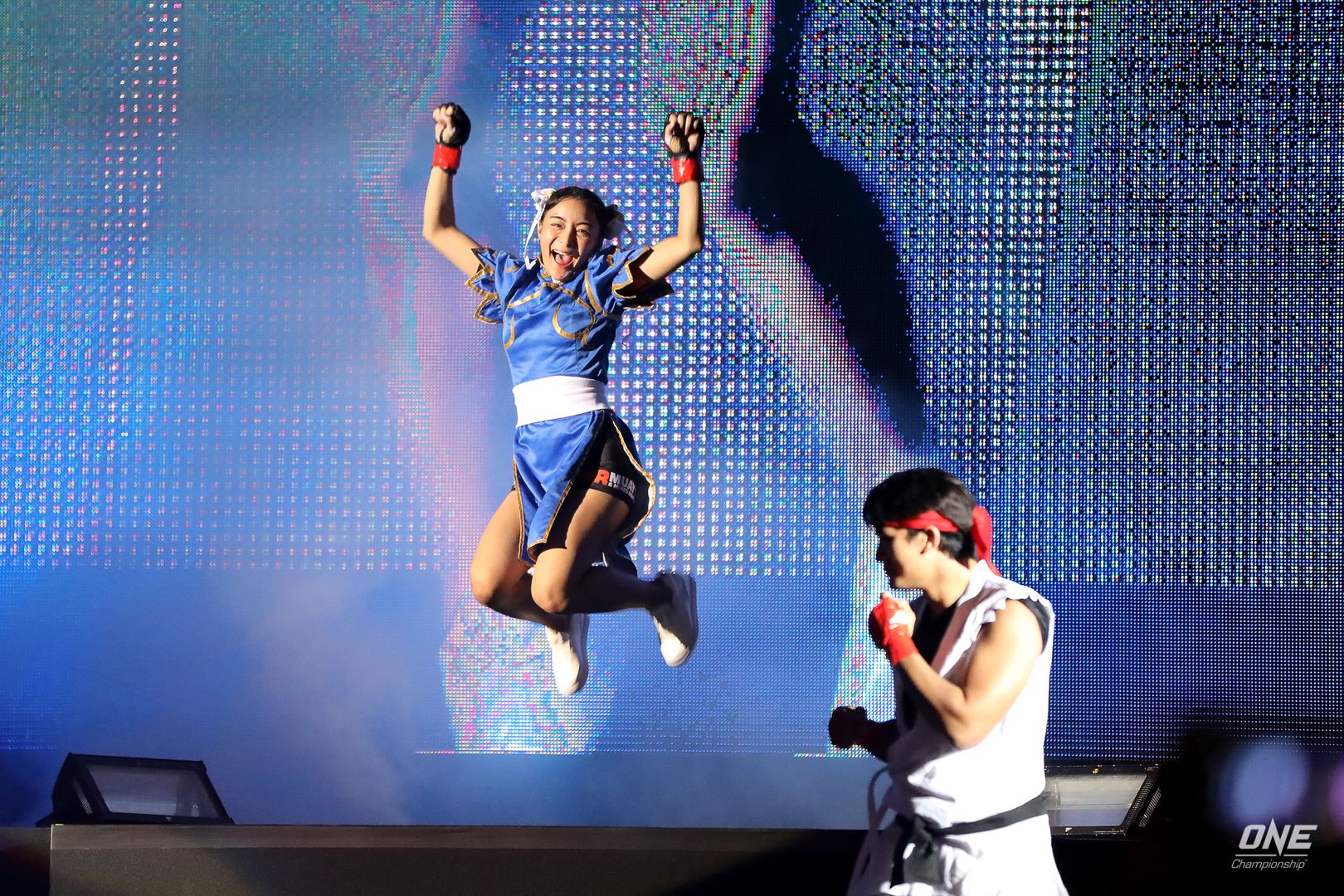 In stark comparison to the usual intensity seen on walks out to the cage, “Tinydoll” believes it is her quirkiness and pleasant demeanor that are earning her a new legion of supporters.

“I have a lot more fans than last year. I do not know why,” she offers, modestly. “I think maybe because I look friendly compared to other fighters. I look approachable. I am smiling whenever I walk out to the cage.”

Ishige is self-effacing, and giggles at the thought of being a star. Without seeing her compete, one would have no idea that she is a committed athlete, who has proven her prowess by beating and submitting every opponent to date.

Her gentle, soft-spoken manner gives nothing away, and this could be the very reason the public have gotten behind her in droves. In a world where brash arrogance and loud claims have been making headlines, it is refreshing to see another humble, unassuming ONE Championship athlete who prefers to do their business inside the cage. 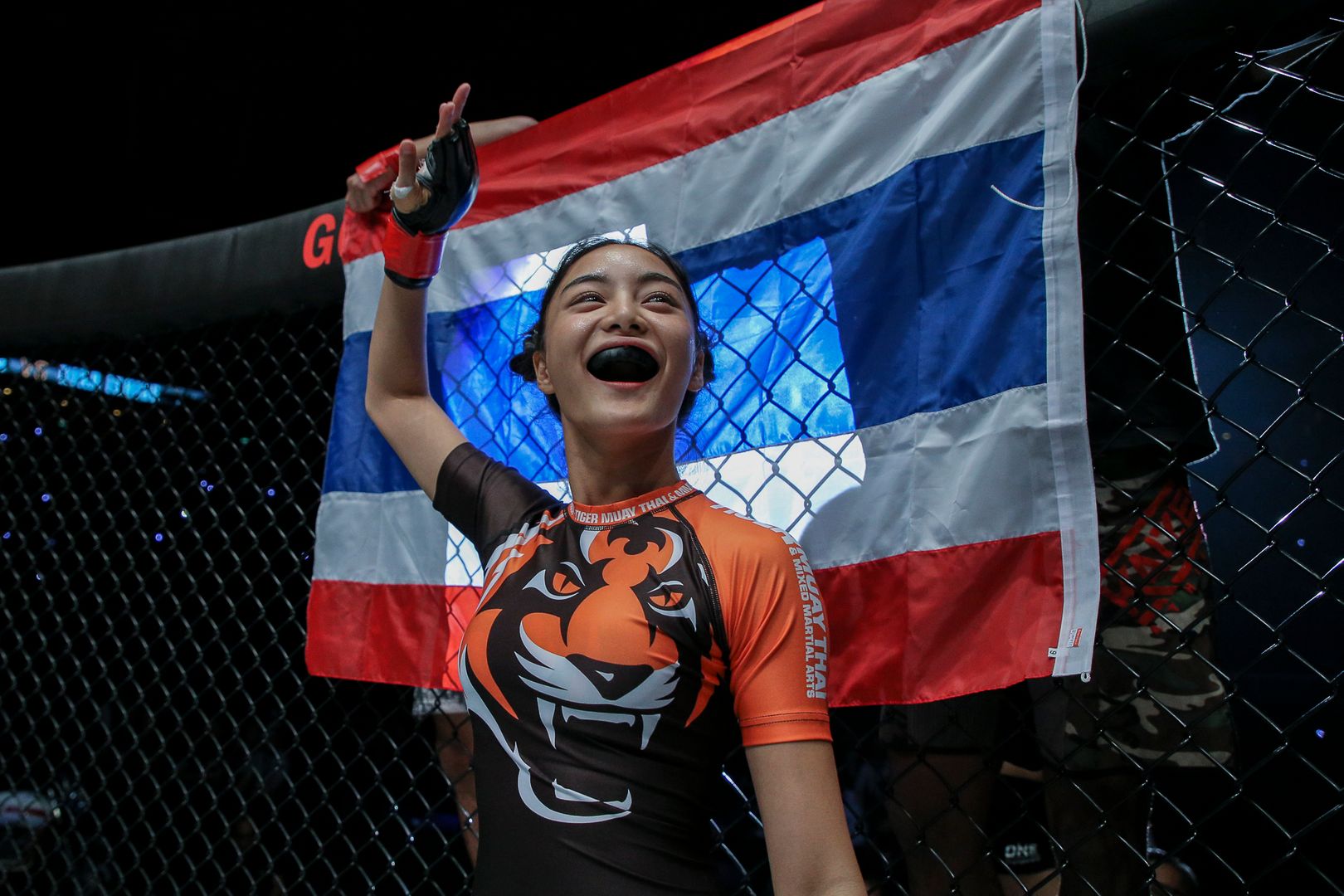 Not only that, but she looks the part of a star too, and always has a delighted grin for the camera. This has brought on board several highly-recognizable sponsors, who are also doing their bit in spreading word of the half-Thai, half-Japanese atomweight. In recent months, Ishige has had been involved with several photoshoots and media obligations above and beyond what most two-bout professionals would ever encounter.

That still serves as a shock to Ishige, but she takes it all in stride.

“When I came to Phuket for this training camp, I was recognized,” she reveals. “Mostly foreigners, and not just Thais. Many people know who I am here.” 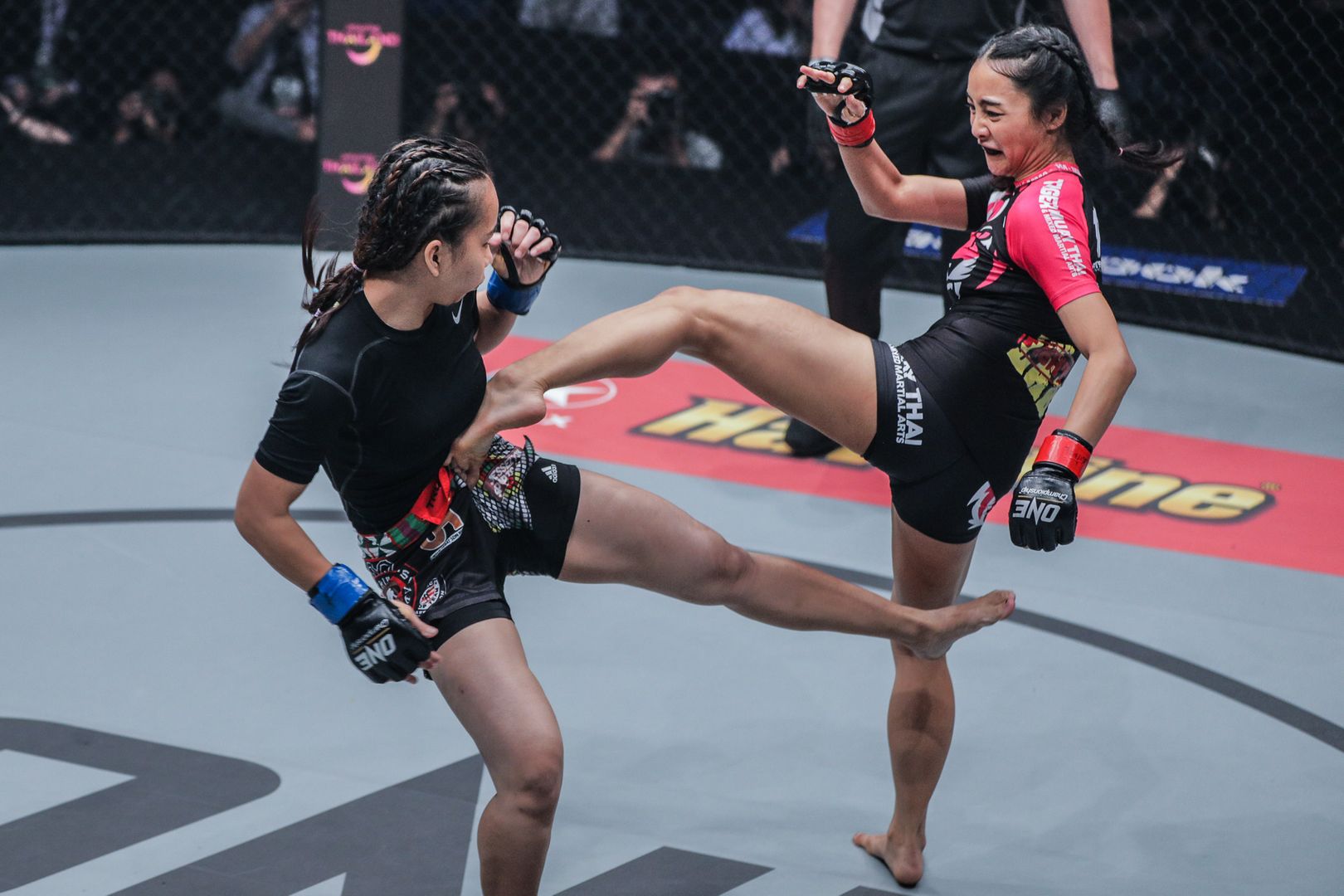 Alongside her partner, ONE Championship lightweight contender Shannon Wiratchai, she has travelled from the bustling streets of Bangkok to the more laid back, but training-intensive, Tiger Muay Thai for her preparations.

Ishige is still figuring many things out in her competitive career at the moment, and it helps when her mind, just like the roads, are clearer as she travels south.

“Phuket is definitely different. In Bangkok, the traffic is so bad and getting to training is hard. You have to get up earlier and travel for longer. There is no clean food. It makes me lose my energy, so I cannot concentrate on my training,” she explains.

“In Phuket, I live near Tiger Muay Thai and I can get there easily. I can get lots of clean food. When I am tired, I can go home quickly and rest, and be more relaxed by the sea.” 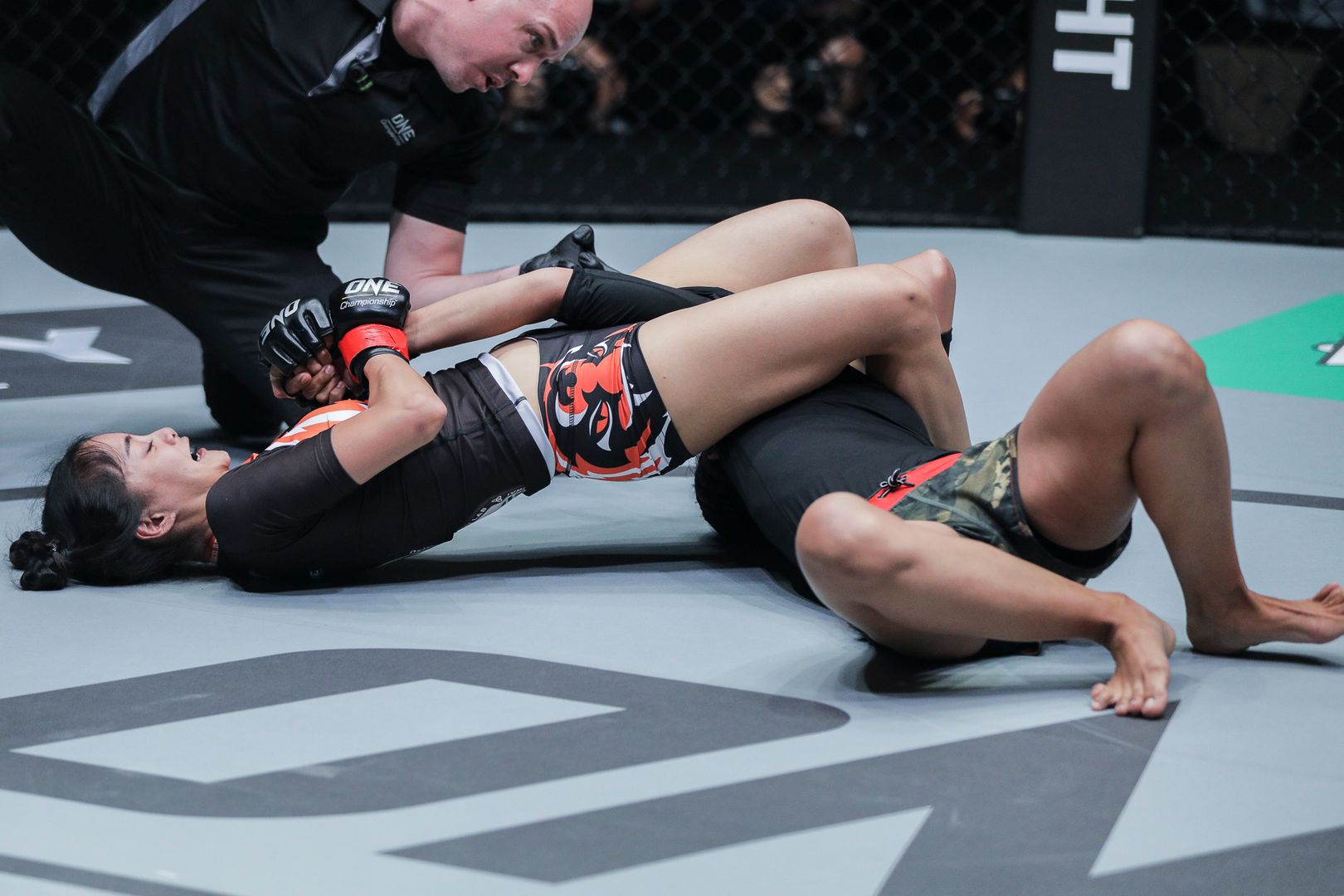 With only seven minutes of total fight time under her belt, it is no surprise that the mental aspect of her game has not been refined in the cage just yet, and that is why an increased focus in the gym is of the utmost importance.

Back in May, at ONE: DYNASTY OF HEROES, Ishige walked into some hard shots from her opponent, Nita Dea, which got her off to a shaky start. It was not until she initiated the clinch and dragged things to the mat that she could slow things down, and get a handle on her thoughts.

With thousands of people cheering just meters away, it is hard to restrict emotions to a level needed for clear thinking, at least until one gains more experience. Ishige is already realizing that, and working hard to improve it.

“I am not happy, because I got punched and that is not good for me, even though I could control my opponent after that and finish her. I hope in my next fight, it will not happen again.” Looking towards Torres next month, she continues. ”In the first two fights, I could not concentrate and took punches. Now I have more time. This third bout, I think I can fight on the feet.”

Another boost for Ishige this time out is the fact that she is able to train at Tiger Muay Thai on a day-to-day basis with ONE Flyweight World Champion Kairat “The Kazakh” Akhmetov. He is unbeaten at 23-0, and has plenty of in-cage experience to his credit. 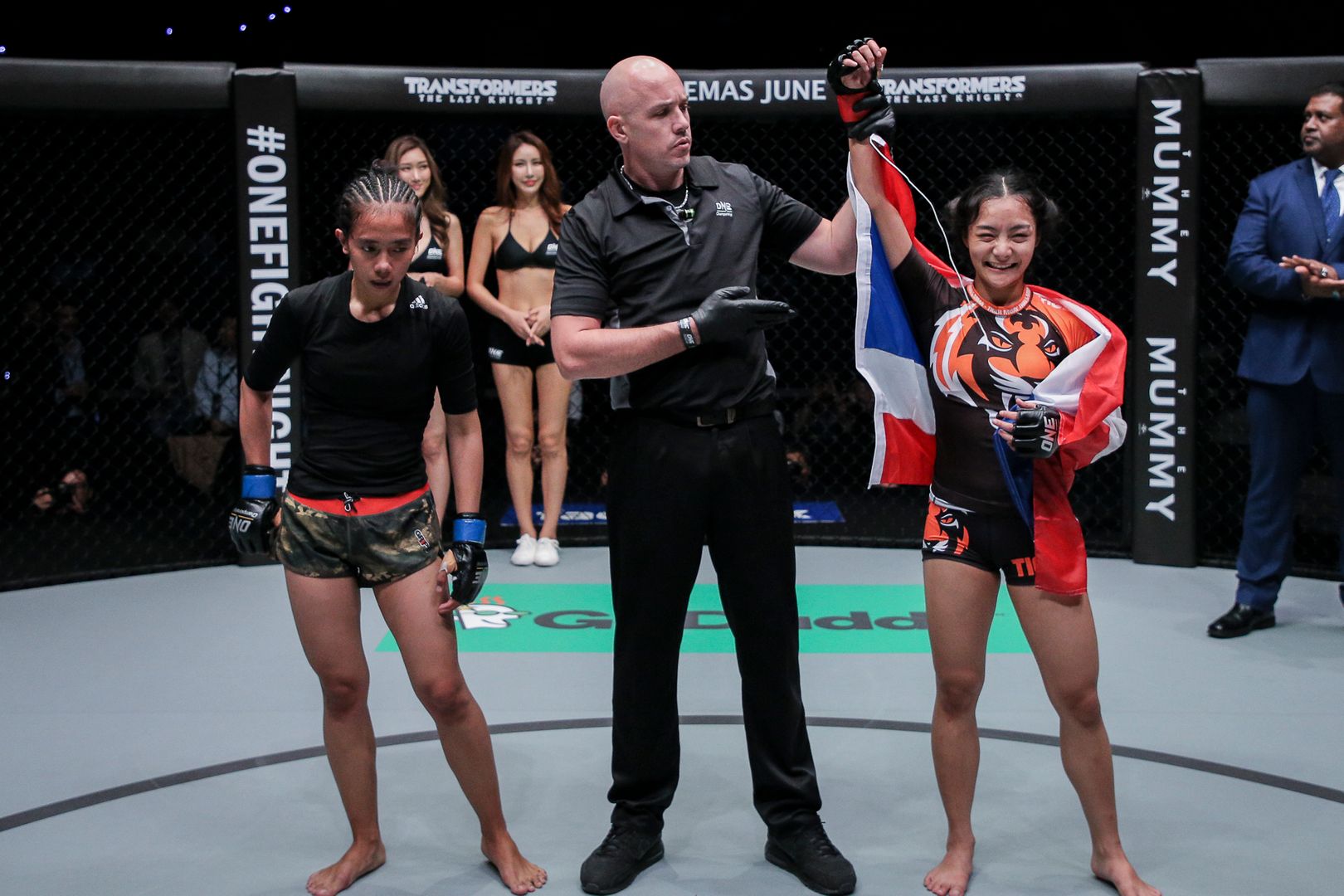 This is a benefit not just in physical preparation, but mental preparation too, as she gets to work in close quarters with a world champion at the top of his game, and deep in camp for his own bout against Adriano Moraes.

All of the elements are in place for “Tinydoll” to put on another great performance and make her star shine even brighter, and she is not fazed by the ever-growing number of eyeballs that will be on her when fight night rolls around.

“I am still happily training and fighting. There is no pressure,” she states. “My only concern is when I go in the cage and I cannot concentrate again. That is my only problem, but we are working on it.”