Yushin “Thunder” Okami is still going strong after almost 50 professional mixed martial arts bouts thanks to his embrace of the principles of budō.

The term translates as “the martial way,” and describes the practices of modern Japanese martial arts.

By following them, the 38-year-old – who will face Agilan “Alligator” Thani at ONE: CENTURY PART I on 13 October – has evolved as an athlete through victory and defeat, and reached the biggest stages in his sport.

“People who win and progress will need to be kind. People who lose will need to put in the effort to get back up and try again to become a winner. Budō instills those attributes.”

The Kanagawa native has carried these ideas with him since he first started to hone his skills as a child, and they helped him to emerge from his early successes in Japan to compete against the best athletes all over the world.

Whenever he won a bout, the EXFight representative took the time to reflect on his experience so he could level up before the next time he stepped under the lights.

He also passed on what he learned to others to help them improve, too.

“You can’t be rambunctious and arrogant if you win. You need to be kind and help those weaker than you,” he says.

“I think that’s the kind of spirit budō teaches – whether it’s judo, kendo, mixed martial arts, or karate, I think it’s important to teach kids that kind of attitude. Of course, the same goes for adults, too.”

However, it is not just “Thunder’s” ability to stay humble and grow from victories that has taken him to main event matches in front of thousands of fans at home and abroad for almost two decades.

The veteran competitor had to watch his opponent’s hand being raised several times, but he has never let that stop him on his quest for glory.

He knows that defeat is inevitable in a sport like mixed martial arts where perfect records are not protected, and athletes are put to the test every time they compete. The key is to accept those setbacks and, like the wins, use them to learn and grow.

“It’s about maintaining your daily ambition. In this sport, you’ll win some and lose some,” Okami says.

“Of course, losing might make your ambition waver, but, you gain so much by losing. I’ve learned a lot by losing. It’s not the end when you lose.

“There’s a whole new world waiting for you after a loss. You stack those losses up, and what you get in return is a gift. I know that from experience. By understanding that, I’m able to maintain my ambition and continue martial arts.” 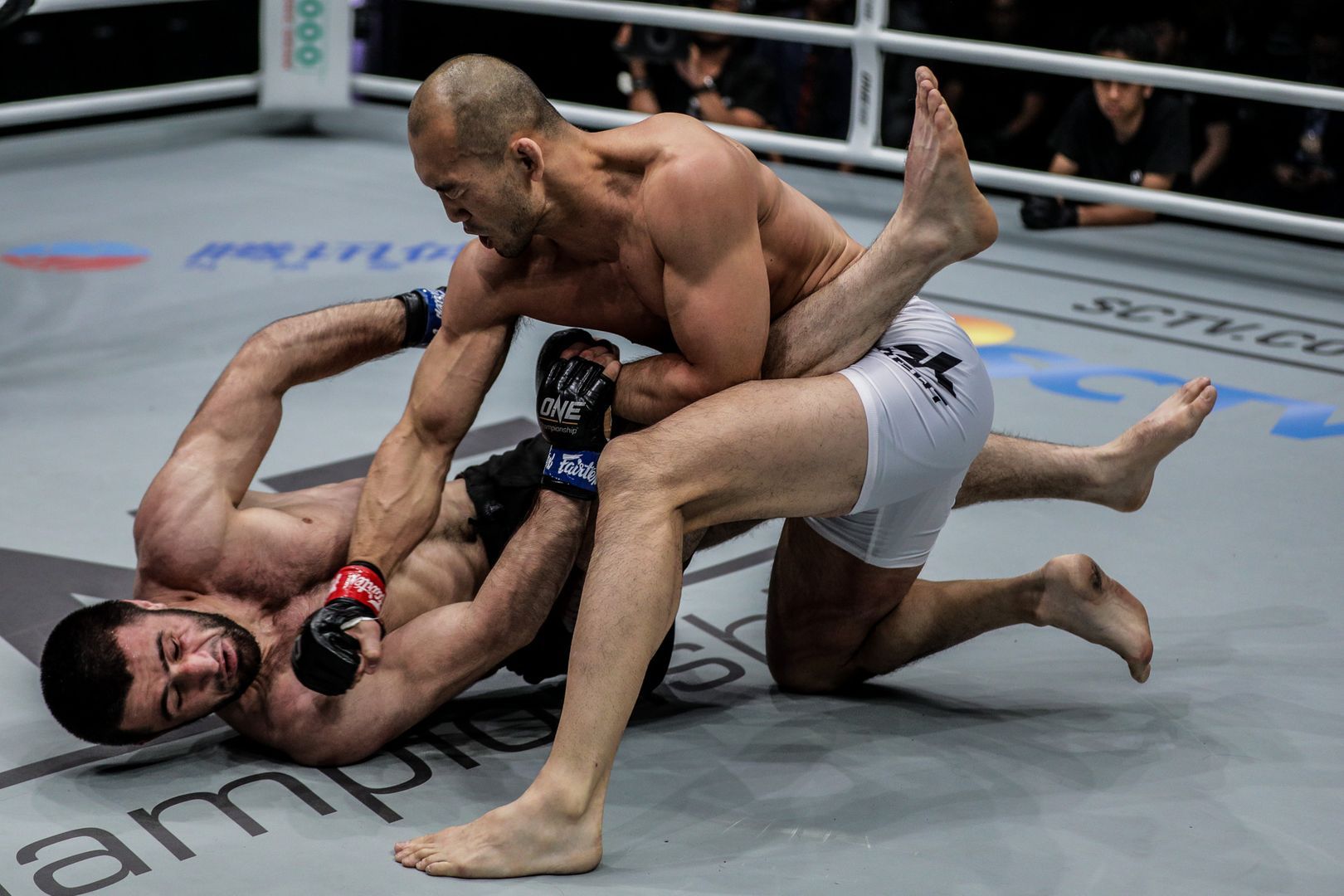 Okami’s mindset keeps him confident, and he will enter the Circle in Tokyo, Japan knowing he has what it takes to defeat his young, hungry opponent thanks to everything he has learned from 49 previous match-ups.

He also believes that whatever happens at the Ryogoku Kokugikan will make him better equipped for his next bout, too.

If not, then it will be time for him to hang up his gloves for good, but he does not believe that will happen any time soon.

“I think once you start to lose those feelings is the time to quit. Whether you win or lose, it’s important to think about further improving yourself,” he adds

“I still feel that, even at 38 years old. I’ll keep going as long as I have that mindset.”

Read more: How Judo Gave Yushin Okami Confidence – Inside And Outside The Gym