With his unanimous decision victory over the martial arts legend at ONE: ENTER THE DRAGON, the French striker advanced to the semifinals of the ONE Featherweight Kickboxing World Grand Prix and became one of the favorites for the US$1 million grand prize.

Sana scored a knockdown in the first round, and then swarmed with relentless offense for the rest of the match to make the Thai legend look human for the first time in a long time.

After three rounds, no one inside the Singapore Indoor Stadium could deny he deserved to get his hand raised, even if they may not have believed it was possible before the first bell.

Sana enjoyed an enormous 19cm height advantage, and he made it count.

Much of Yodsanklai’s defensive game is based around his ability to lean-back to evade strikes while he keeps his feet planted so he can return fire effectively. However, the defensive maneuver did not take him completely out “AK47’s” striking range.

That meant Sana landed his straight right almost at will throughout the contest, even when the Thai tried to move his head out of the way.

This misjudged distance also led to the knockdown in the first round. Yodsanklai tried to lean back away from his rival’s right kick, but he could not get far enough out of the way, and he was hurt by the impact of Sana’s foot on his chin.

The Fairtex Gym representative tried to counter with his left straight, but in his slightly dazed state, he dropped his lead hand, and the Phenix Muay Thai athlete floored him with the left hook. 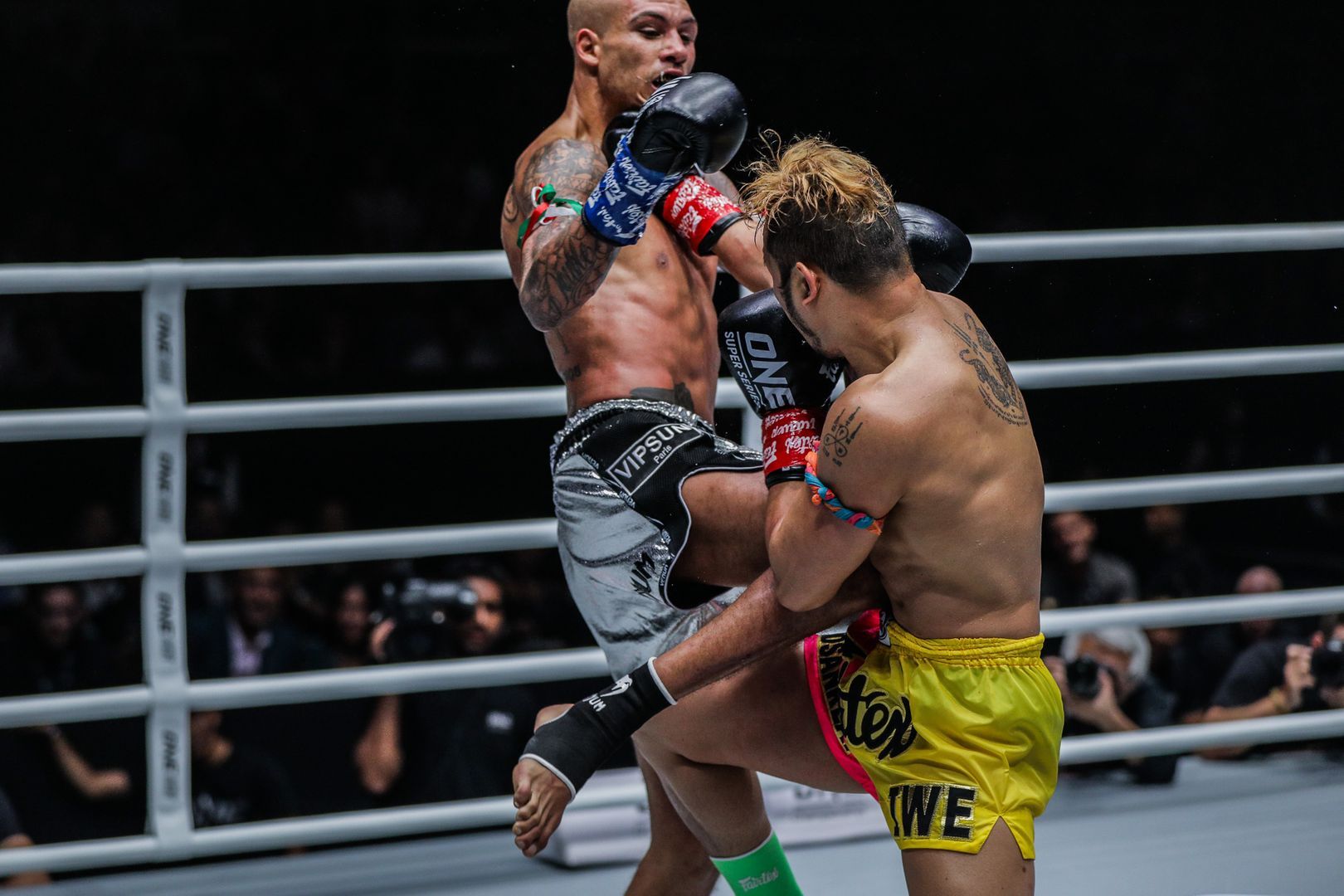 One of the other benefits of the height advantage was Sana’s ability to deal damage with knees to the body.

Yodsanklai had to step forward to let his hands go, but there was always something waiting for him when he came inside. In the second and third rounds, “AK47” timed his opponent’s punches to maximize the effect of his stabbing right knee.

Many of “The Boxing Computer’s” previous opponents have been held to ransom by his punishing straight left, but Sana welcomed it, just as he said he would before the match-up.

When Yodsanklai reached with his left hand, he revealed a target on his body for his opponent’s right knee to strike.

As Sana kept finding his mark, the damage accumulated, and “The Boxing Computer” started to second-guess his ability to throw one of his best weapons as he began to anticipate the counter. 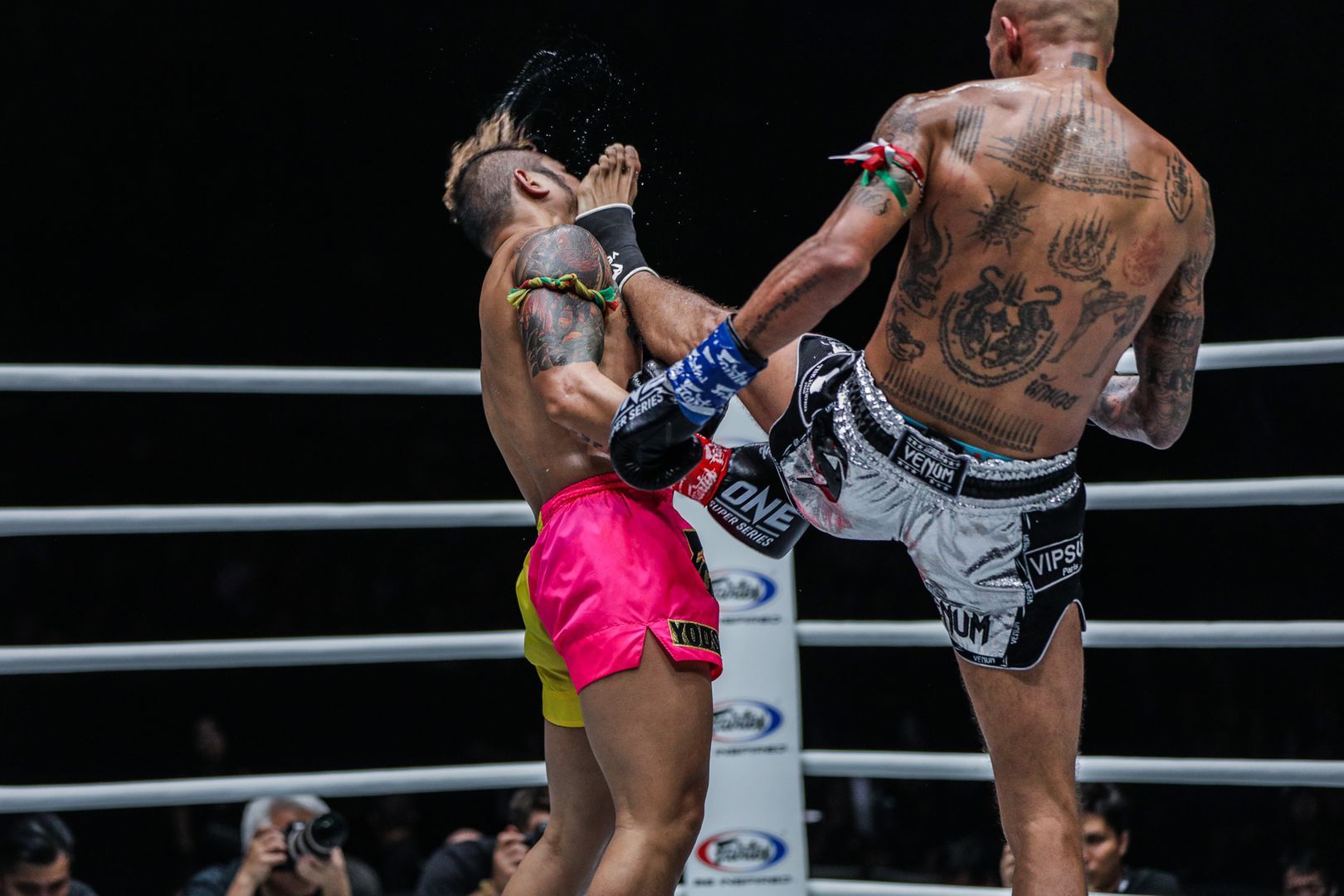 Yodsanklai has had most of his ONE Super Series success when he has forced his opponents backward. Despite being effective on the outside, Sana would not be cowed and stood his ground to make the most of his close-range boxing skills.

“The Boxing Computer” had some success with his uppercuts, but they did not come for free. Sana met him on the way in with his feet planted and also scored uppercuts in close range. He then capitalized on the Thai’s tendency to drop his lead hand with short left hooks throughout the match.

“AK47” was disciplined in defense as he kept his hands high and his chin tucked. As Yodsanklai fell behind on the scorecards and moved in harder to try and find a bout-ending shot, he struggled to find a way through his adversary’s guard and offered more openings for Sana’s tight counter-punching.

He was happy to welcome Yodsanklai’s best shots to get a chance to land his own, and his game plan paid off.

Now, a match with Dzhabar “Ghengis Khan” Askerov awaits in the semifinals, as the Frenchman pursues the ONE Featherweight World Grand Prix and US$1 million.