Scotland’s Chris Shaw was living a life that could have landed him behind bars, but he turned his life around when he discovered Muay Thai.

The 29-year-old Muay Thai World Champion – who will make his ONE Super Series debut against Rodlek PK.Saenchaimuaythaigym at ONE: FIRE AND FURY – admits that he can barely believe how far he has come, but he is ready to prove himself against the best martial artists in the world.

Ahead of his match-up next Friday, 31 January in Manila, Philippines, the man from Glasgow reveals how he was saved from a dark fate and climbed a tough road to the top.

The Wrong Side Of The Law 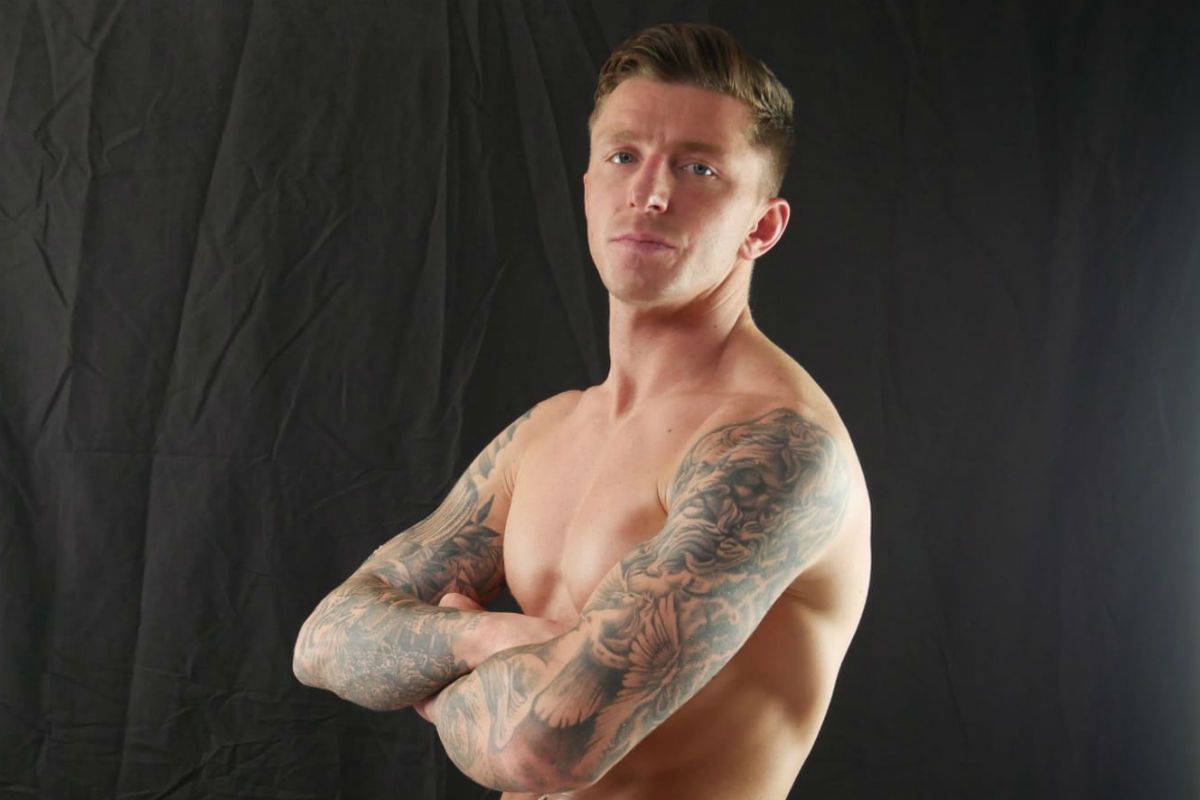 Shaw grew up with his parents and younger sister in the town of Renfrew, just west of Glasgow – Scotland’s biggest city.

They were a working-class family – his father worked as a pipe-fitter and his mother was a cleaner – that was fairly happy until a traumatic moment changed everything.

“When I was young, I just liked to be out with my friends playing football. It was all about football and Rangers,” he recalls.

“We were running about the streets, gang fighting and all that. I was being an idiot. I look back and I am embarrassed about what I did. It was a bad time.”

When he was 16, one of Shaw’s friends died of a drug overdose, but that still wasn’t enough to shock him into a lifestyle change. Though he began training to earn a living as a roofer, he struggled to stay on the right path.

“It wasn’t enough for me to change my ways,” he admits.

“I was in a mindset that I didn’t care what I did, I didn’t care about anybody else. I was going to do what I wanted to do and I wouldn’t listen to anybody.”

Around the age of 18, Shaw met the woman who is now his wife, Paige, and she was the catalyst for him to turn his life around. He still wanted to live his “bad boy” lifestyle, but she would not accept that.

“She ended up giving me an ultimatum. She said I had to stop doing what I was doing, or she was going to leave me,” he explains.

Finally, he had found a reason to end his weekends of drinking and delinquency. He cut the negatives out of his life, and then found something else to make sure he stayed on track when a friend suggested he try out Muay Thai.

“It was weird how it all worked out. She gave me the ultimatum, I stopped what I was doing, and then within a couple of weeks I started Thai boxing,” says the Muay Thai World Champion.

“It’s crazy how life works. I’m not saying there’s someone up there looking out for me, but it completely changed my life. I started spending all my time at Thai boxing and it gave me discipline.

“Paige was my rock. I calmed down a lot and listened to what she was saying, then Thai boxing was the final thing to bring me around. It’s made a big difference to my life, and made me into a much better person.”

It was daunting at first. It took an early loss after just six weeks of training to make Shaw realize that his experience on the streets did not matter in the ring, but he had a new passion, and he has never looked back since.

Coming Back From The Brink

Once Shaw committed to “the art of eight limbs,” the positives in his life came thick and fast, but he was a hair’s breadth away from losing everything.

His disdain for his parents’ rules meant they kicked him out of their house when he was 16, which meant he was effectively homeless and he had to sofa-surf around friends’ houses.

Estranged from his family and without a roof over his head, he was taken in by his friend’s family and they helped to pull him back from the brink.

“Kenny was the best man at my wedding, but we weren’t really close at that point,” he reveals.

“They took me in and I got really close to him and his family. I was an apprentice. I didn’t have much money, but they were great with me and helped me to manage my money and stuff like that.”

Shaw eventually got his own flat with help from the local government and put their advice into practice. With stability, good people around him, and Muay Thai, he was happy. Eventually, he showed his own family how much he had changed and reconciled with them.

“Through time, with Thai boxing and everything else, I started talking to my family again and everything is good now, like nothing happened,” he adds.

A Long Way To The Top

Shaw’s outlook on his martial arts career was shaped by his first loss. It prompted him to double down on his training, which paid off with 10 amateur wins in a row – all by stoppage.

“Thai boxing gave me a good work ethic – I work hard seven days a week. I just constantly keep going, but it is paying off,” he states.

He worked his way up the ladder to become Scotland’s number one, then UK number one, and then a World Champion.

Now, having proven himself against some of the world’s elite competitors, including dangerous Thais, the 29-year-old has his eyes on the biggest prize in martial arts. Even after all his success, he finds it hard to believe how far he has come.

“If it wasn’t for Thai boxing and my wife, I don’t know where I’d be to be honest, probably in jail!

“ONE Championship is next level and it’s another massive jump up, facing the best of the best. If you’re fighting in ONE, you’ve earned your place. Now I’m just looking forward to having a really good fight, getting a win, and then I just want to keep winning fights to try and get a shot at the ONE Championship belt. That could change my life.”

Read more: How Rodlek Battled Through His Family’s Greatest Tragedy