The 35-year-old is scheduled to face four-time Lumpinee Stadium World Champion Nong-O Gaiyanghadao (256-54-1) in a Muay Thai bantamweight contest at ONE: KINGDOM OF HEROES.

Zatout, who co-owns Venum Training Camp Thailand in Pattaya, is looking to display the skills that made him a kickboxing and Muay Thai champion in organizations around the globe.

By defeating Nong-O at the Impact Arena in Bangkok, Thailand, he would score the biggest victory of his career. As he prepares for battle on Saturday, 6 October, learn a little bit more about “Diamond Heart.”

A Childhood Love For Muay Thai

Zatout got his start in Muay Thai through a group of friends in school, who were learning at a local gym in his hometown of Noisy-le-Sec, an eastern suburb in Paris, France. He quickly became hooked on the art of eight limbs.

“I started Muay Thai when I was 10 years old and met my team. There were around 10 people,” he explains.

Although he remained in school, Zatout never thought about pursuing anything else other than having a career in Muay Thai, and traveling to Thailand to practice the sport in the martial art’s birthplace.

It may not have been the most typical path for a teenager growing up in the French capital, but it was his dream. Fortunately, his mother supported him.

“My mom let me do what I loved,” he continues.

“I never thought about college. I was already dreaming of Muay Thai. In France, I was working, but I was always training before work, and then during my breaks, I would go train in Muay Thai or go running.”

The Journey To Thailand

Zatout was learning with the best Muay Thai practitioners he could find in France and competing whenever he could. He did this all while working a full-time job in his family business, which sold bathroom fixtures.

Despite his best efforts to contribute to the company, he followed his heart and opened a store that complemented his love for the sport.

“I sold all of what I had – my car, everything – and I opened my own boxing shop,” he reveals.

However, not even that could keep him in his home country when he got a call from one of his sponsors – Venum. They were looking for somebody to teach at their gym in Thailand, and they thought he would be a great addition to the staff.

“My boss said they were having problems in their training facility, so I was able to move to Bangkok,” he states.

The Frenchman stopped competing and placed all of his attention on teaching, but as much as he loved being a coach and a leader to his team, he knew his place was in the ring.

“I had to leave my passion for teaching to return to fighting,” he admits.

Zatout’s roots in Muay Thai goes back 25 years, but his aspirations in martial arts nearly came to an end when he was still a teenager.

When he was just 16 years old, his head coach died suddenly, and a gaping hole was left in his heart for a man he saw as a father figure.

The Frenchman had already lost his dad when he was still a child, and his coach’s death felt like another family member was taken from him.

“When he died, I was young and I was shocked. I will never forget him. He taught me both life and Muay Thai.”

Thankfully, Zatout had another trainer from the same gym who began to look after him. If not for him, the youngster is unsure whether he would have continued to pursue his passion.

From there, “Diamond Heart” ventured out into new promotions across the globe, and that is when he really started to rack up the titles.

He won an ISKA Championship and a Victory Kickboxing Championship, but his proudest accomplishment was becoming a WBC World Champion in 2013.

That achievement was made even sweeter because in claiming the World Title, Zatout avenged a loss to his old foe Singmanee Kaewsamrit, whom he fell to a year earlier in a tournament.

“I won the title in a rematch,” he gushes. “Everybody came to watch – all the best Thai fighters and all the best French fighters.”

However, there is another belt he would like to add to his collection —a ONE World Championship. He could step closer towards that goal by defeating the legendary Nong-O at ONE: KINGDOM OF HEROES next Saturday. 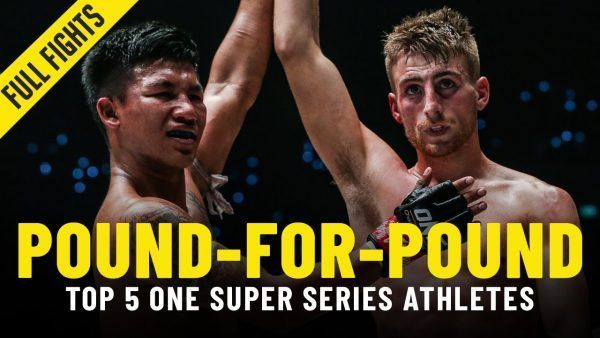