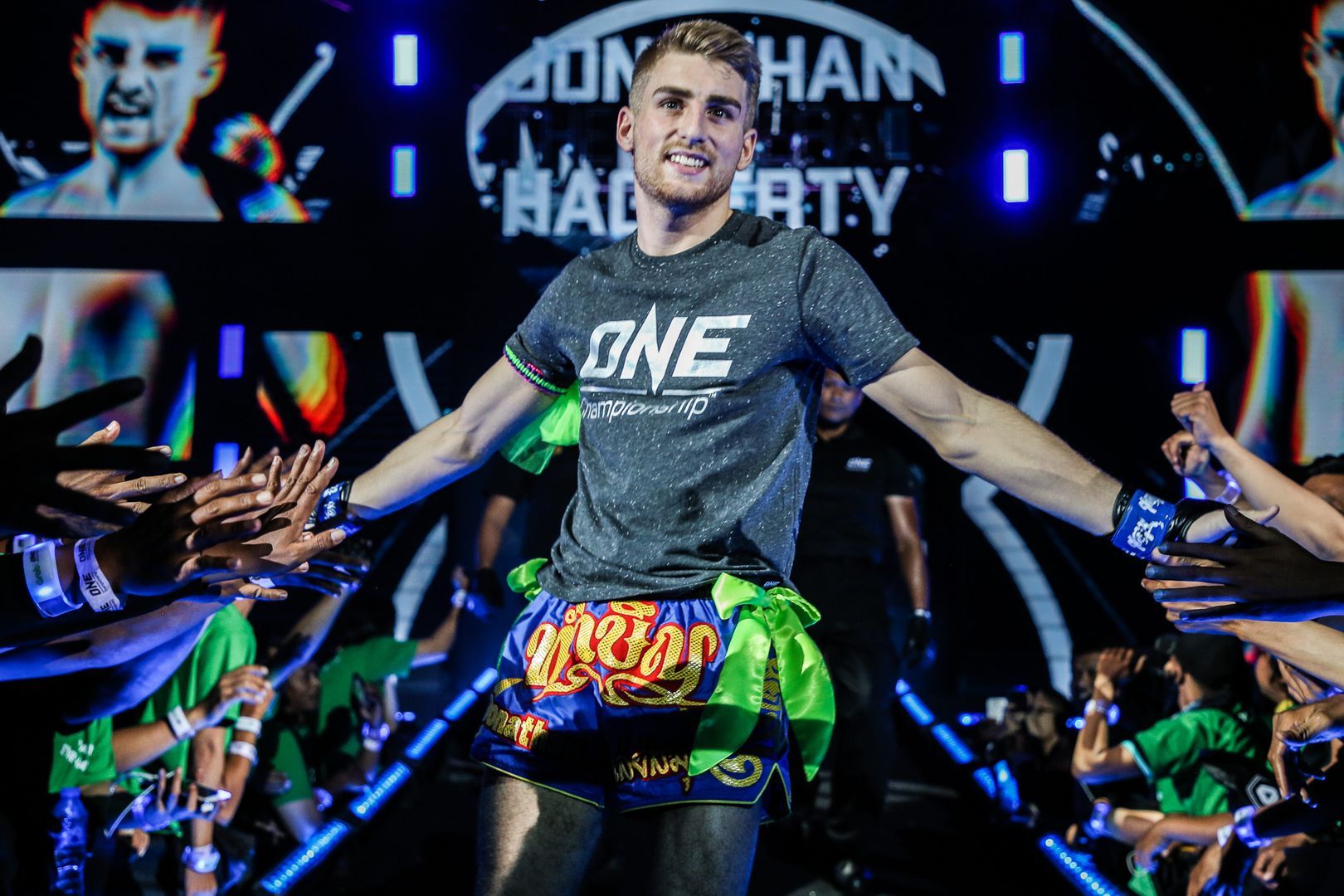 The approach that has taken Jonathan “The General” Haggerty to the top of the martial arts world has also kept him on the right path in life.

The ONE Flyweight Muay Thai World Champion – who will defend his belt for the first time against Rodtang “The Iron Man” Jitmuangnon at ONE: DAWN OF HEROES on Friday, 2 August – studies his rivals so that he can make more informed choices in the ring.

Growing up in the Wharf Road area of London, he used that analytical approach to everything that unfolded around him to avoid the same fate as his friends who ended up in prison.

British prodigy Jonathan Haggerty was destined for greatness in the sport. He defends his ONE Flyweight Muay Thai World Title against Rodtang in a battle for the ages!

British prodigy Jonathan Haggerty was destined for greatness in the sport. He defends his ONE Flyweight Muay Thai World Title against Rodtang in a battle for the ages!????: Manila | 2 August | 7PM | ONE: DAWN OF HEROES????: Get your tickets at ???? http://bit.ly/oneheroes19????: Check local listings for global TV broadcast????: Watch on the ONE Super App ???? http://bit.ly/ONESuperApp ????‍????: Prelims LIVE on Facebook | Prelims + 2 Main-Card bouts LIVE on Twitter

“It was kind of rough in my area. Either you went one way or the other – you went the bad route or the good route,” he explains.

“I was always good at observing whatever people did wrong. I’d see the consequences and think to myself, ‘I don’t want them.’

“I’d see how people went through life, and they struggled because they chose the [bad] route. I thought, ‘Maybe if I go the other side, I’ll grow up, and I won’t struggle.’”

The Londoner’s childhood was much like any other. He had a close group of friends that he progressed through school with, and their spare time was spent playing football.

However, like anywhere else in the world, he saw crime corrupt his peers as they got older.

The allure of easy money and a reputation drew many young men down a dark path, but “The General” never took his eyes off the bigger picture. He saw arrests and jail time in some people’s future, and he did not want that for himself, or for his friends.

Posted by ONE Championship on Wednesday, July 10, 2019

“I know a few people that made the wrong choices, and now they’re in prison. I tried to get them to come down the good route, but you can’t force people to do what they don’t want to do,” he says.

“I still speak to them, but hopefully they come out on the right side. They’re my good friends, but obviously, I’ve learned and I’ve observed.”

Haggerty followed his father’s footsteps into martial arts at the age of 8, and that gave him the focus that he needed to stay off the streets.

He started competing in Muay Thai aged 12, just before he reached his impressionable adolescent years when inner-city teens can be led into dangerous territory.

Instead, the 22-year-old wanted martial arts glory more than any ‘street-cred,’ so he did not take his eyes off the prize when other distractions came around.

“[Muay Thai] kept me busy, that was the main thing really,” he explains.

“If I wasn’t busy, my mind would be elsewhere. Who knows where I would have ended up without the gym, my father, and my family.

“It wasn’t really that strict – I would go to parties – the main thing was just making time for training and being dedicated. It was tough, but I was always smart. I always had my head screwed on, and today, it shows.”

“The General” learned to keep his circle small to steer clear of negative influences, and the single-mindedness to resist the appeal of short-term gains to concentrate on his burgeoning career.

That explains how Haggerty became a Muay Thai World Champion in his teens, and why he is now at the top of the tree in the world’s largest martial arts organization in his early 20s.

Now, he is also putting in the time to make sure the next generation in London has something to keep them out of trouble. Alongside his own competitive career, he spends his time coaching young people at his family gym. 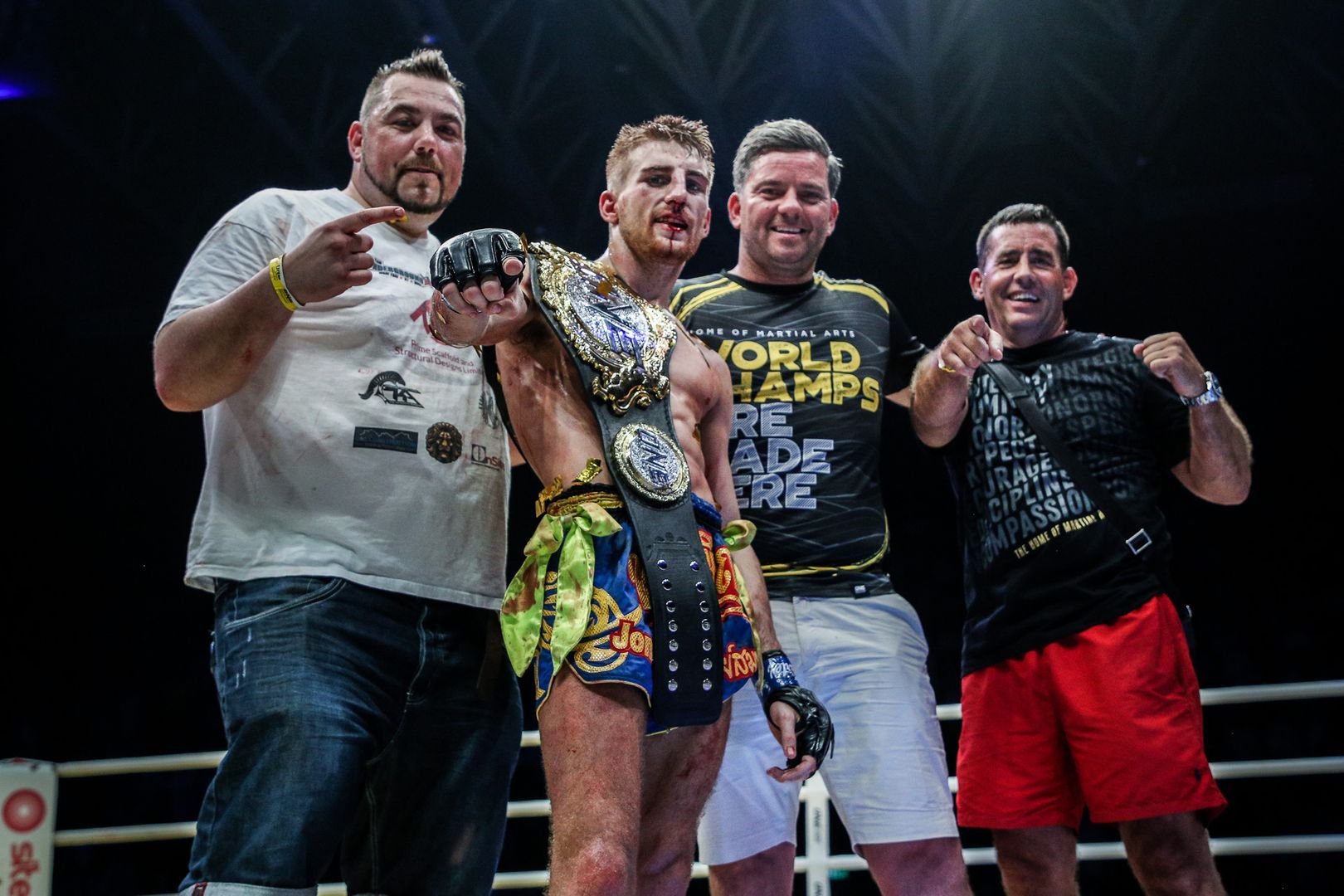 Haggerty has been in their shoes, and he has seen how their lives can turn out. With his status, he hopes to inspire others to take a similar journey.

“It was tough, but that’s where my dad stepped in, and with his guidance, I went down the right path, which I’m very thankful for today,” he reveals.

“[Prison] was not a position I wanted to be in. The position I’m in now is where I want to be.”