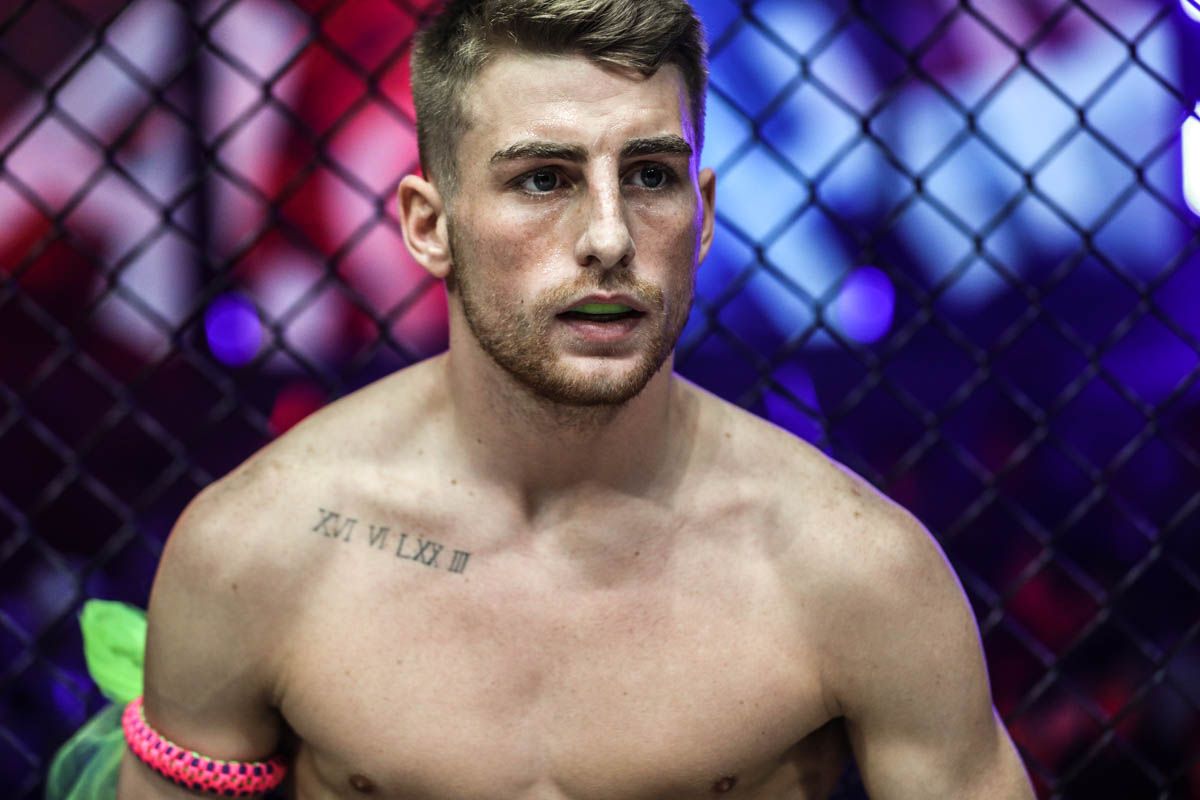 Jonathan “The General” Haggerty’s rise to the top of the Muay Thai world has been incredible.

The 22-year-old from England is just 15 bouts into his professional career, but he has already established himself as one of the best flyweight athletes on the planet.

At ONE: FOR HONOR in Jakarta, Indonesia, he gets the chance to prove it on the global stage for martial arts when he meets Sam-A Gaiyanghadao for the ONE Flyweight Muay Thai World Championship.

Ahead of the biggest bout of his career at the Istora Senayan on Friday, 3 May, the Londoner explains how he became so great at such a young age.

Jonathan Haggerty's meteoric rise to the ???? of Muay Thai culminates on 3 May!

Jonathan Haggerty's meteoric rise to the ???? of Muay Thai culminates on 3 May!Jakarta | 3 May | 6:30PM | Watch on the ONE Super App: http://bit.ly/ONESuperApp | TV: Check local listings for global broadcast | Tickets: http://bit.ly/oneforhonor19

Haggerty was born in Orpington, South London, and raised along with his younger brother and two younger sisters by his father, who originally made his living as a shop-owner, and his mother, who was a care worker.

“I had a good family, we all socialized together, and they are all behind me,” says “The General.”

His early life was much like any other young Londoner, with the city’s landscape dominated by the national pastime of soccer.

He was also an earnest student who worked hard in school and achieved good grades, but when his father switched careers, the youngster’s aspirations changed, too.

“I was just a casual kid. I had a good couple of friends, and we just played football, as you do,” he explains.

“When my dad decided to open up a gym, from there I was just in the gym constantly. My goal was always to make it as a fighter.”

Following In His Father’s Footsteps

Muay Thai MADE Jonathan Haggerty. On 3 May, the British phenom competes for the ultimate prize in the sport — a ONE Super Series World Title!

Muay Thai MADE Jonathan Haggerty. On 3 May, the British phenom competes for the ultimate prize in the sport — a ONE Super Series World Title! Jakarta | 3 May | 6:00PM | Watch on the ONE Super App: http://bit.ly/ONESuperApp | TV: Check local listings for global broadcast | Tickets: http://bit.ly/oneforhonor19

Haggerty’s father was a kickboxer and mixed martial artist, and before he opened his own training center – Team Underground – he paid his dues in the ring.

“My dad used to take me to the gym with him when he was training for fights, and I’d sit down and watch,” he recalls.

“I was never allowed to go to his fights, but we’d sit there and wait for the phone call to let us know if he’d won. I grew up in fighting, I just knew that was the road I was going to go down.”

“The General” started his martial arts journey in karate and semi-contact kickboxing classes aged 8, but when he got disqualified for going too hard in competition, he set his sights elsewhere.

He spent hours watching footage of Muay Thai icon Buakaw Por Pramuk, and the full-throttle style of “the art of eight limbs” resonated with him.

“One of my dad’s good mates introduced me to his Thai boxing coach, Alan Keddle, and I still train with him today,” he says.

Haggerty added elbows, knees and clinch work into his arsenal, and never looked back. From then, his primary motivation was to reach the top of the martial arts world.

“Walking into a gym, wanting to be the best – it makes you feel really good about yourself,” he adds.

Growing up in a big city had its temptations, but while some of his friends veered toward trouble, Haggerty focused on his dreams of martial arts success, and that helped to make the right decisions.

“I had a few friends that I tried to get to come training with me,” says “The General.”

“They were training for two years and getting quite good, but then they kept going off the path. Two of them are in prison now, the other ones I don’t really see.”

He deliberately kept his circle small to cut out any negative influences, and his phenomenal achievements in a short space of time have vindicated those decisions.

“I’ve just got a few good friends now. I’ve seen the path others have gone down, and I think to myself that it’s not worth it. That’s not what I want to do. What I’m doing now is what I want to do,” he adds.

“Martial arts has given me patience and confidence, so if anything happens on the streets, I can just walk away because I know what I am capable of.”

Haggerty started competing in Muay Thai at the age of 12. He was a multiple-time English, British and European champion as a junior, and was always tipped for the top.

“I used to meet people, and they’d tell me I could make it,” he says. “I used to take it in and think to myself, ‘If they say this, it must be true.’”

When he made the switch to the pro ranks, the hype became reality. “The General” remarkably won his first World Title in his first year as a professional at the age of 17.

So far in his young career, the Londoner has won an ISKA World Title, a WBC International Title, and the Roar Combat League World Title. Now he has his eyes on the biggest prize in martial arts.

He will give up more than 400 bouts of professional experience against ONE Flyweight Muay Thai World Champion Sam-A, but he believes he can get the job done against the legend from the home of Muay Thai.

“I’ve got the youth, I’ve got the hunger – and you could say the skill. It’s all about fitness as well. I’ve got the age and gas tank on my side,” asserts Haggerty.

“I’ve got 15 fights, but my fight IQ is amazing, and I’m coming for the stoppage,” he concludes.