Rockie Bactol has the chance to live his childhood dream at ONE: CONQUEST OF CHAMPIONS.

The 19-year-old will make his ONE Championship debut in a battle of Rich Franklin’s ONE Warrior Series (OWS) graduates, as he takes on Akihiro “Superjap” Fujisawa at the Mall Of Asia Arena in Manila, Philippines,

Though he faces a tough test for his first assignment in The Home Of Martial Arts, the young Filipino is full of confidence, thanks to his rapid rise from the amateur ranks to the world stage.

Before his match this Friday, 23 November, learn how everything in Bactol’s life has prepared him for this moment. Bactol grew up as the eldest of three children in Pasig City, but he found it difficult to be accepted by his classmates at school.

He was willing to do anything to fit in with the other kids. Despite his best efforts, he was mocked, ridiculed, and tormented by his peers.

“I didn’t have friends,” he admits. “I would go to this cool group of people. I wanted to be friends with them because I was alone.

“They would tell me to do stupid stuff, and they would hit me, or kick me, but I was a part of their crew.

“However, I was that guy who they made fun of – the pushover, the guy they would hit. I was like their television. I was their entertainment.”

To keep him away from that group and strictly focused on his studies, Bactol’s parents then homeschooled him until he was 12.

Though he was treated badly, the youngster continued to see these friends until his mother was relocated to Bangkok for work. In August 2013, his whole family moved to the Thai capital, where he would get the opportunity to build his confidence and sense of self-worth. Bactol had always been inspired to pursue martial arts by his late grandmother, who practiced buno – a style of Filipino wrestling – in Leyte, Philippines when the Japanese occupied the country during World War II.

“My dad and my uncles told me stories of how brave she was, and how she was feared because even three men couldn’t contain her,” he explains.

“I have always wanted to be a fighter because of my grandmother and my lineage.”

Bactol and his siblings struggled with homesickness when they first arrived in Bangkok, but at the age of 14, he started to adjust when he began his martial arts journey with Muay Thai.

His training was not easy, but the young Filipino was determined to succeed.

“At first, training was hard – my training partners were champions, and had, like, 150 fights,” he remembers.

“I was the only foreigner that they didn’t go easy on. Every time I was there for training, they always gave me 100 percent.”

Over time, that baptism of fire helped to make Bactol into a determined and fearless competitor.

It also helped him to grow outside of the gym.

“At first, when I started doing this, I wanted to come back and show [my bullies] what I’d become,” he says.

“It turned out a different way. Martial arts taught me how to be humble, how to forgive, how to be kind to others, and how to respect an opponent and shake hands after a fight.”

The Match That Changed His Life 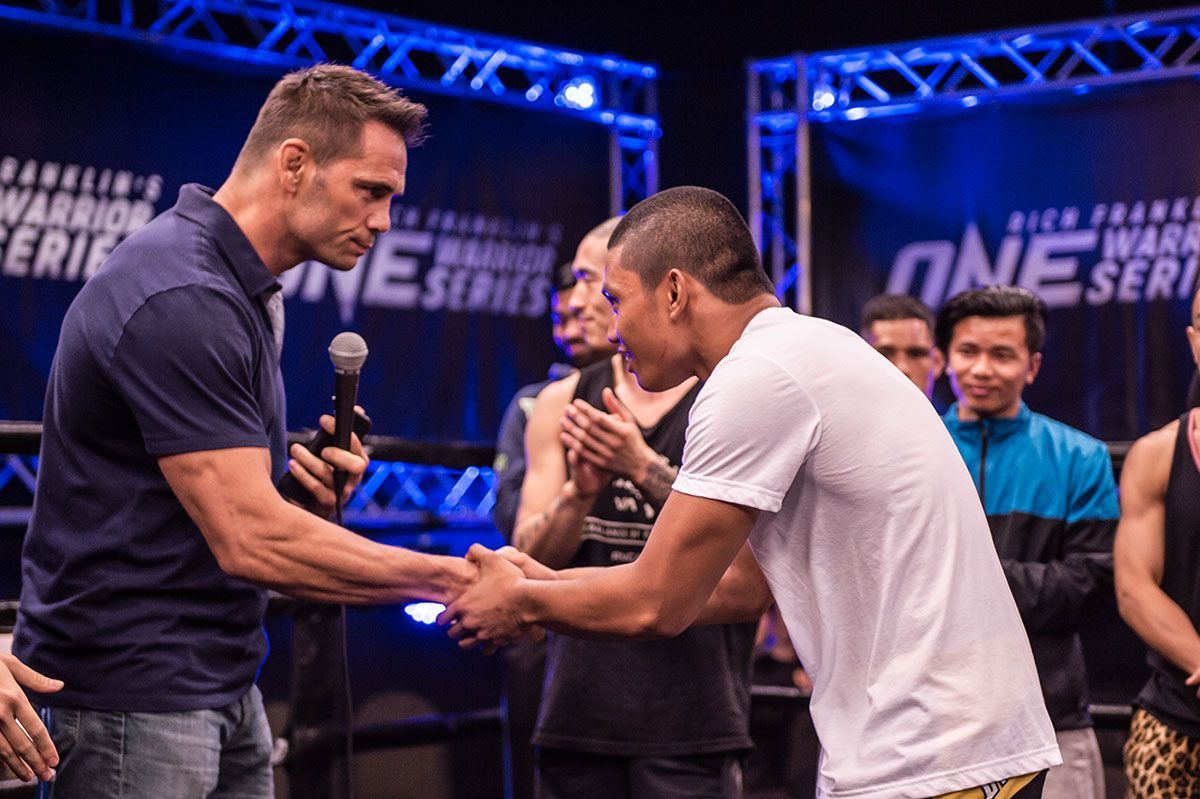 Soon, Bactol added catch wrestling, boxing, and Brazilian Jiu-Jitsu to his repertoire, which gave him the foundations of a well-rounded mixed martial arts skill set.

Along the way, he accelerated his development with competition experience. He captured two gold medals in the Dumau Thailand International Open No-Gi Tournament in 2016, a silver medal in the UTCC Hanuman BJJ Cup, and the MFC Bantamweight Championship as part of a perfect 6-0 amateur mixed martial arts record.

Then, last December, his coaches – Nicolas “JJ” Lee of Yorky MMA and Renato Crisologo of Lion’s Head Boxing –  encouraged him to take part in the OWS tryouts at Bangkok Fight Lab.

He went along with Lion’s Head Boxing coach Jay-R Crisologo and impressed ONE Championship Vice President Rich Franklin, as well as guest judges Rika Ishige and Shannon Wiratchai, to secure a spot on the show’s inaugural season.

For the first Season Finale event, Bactol was matched up against Mark Cuizon, and he shone under the spotlight in Singapore to score a first-round submission victory.

His performance was so impressive, he was one of only three warriors to be offered a six-figure ONE Championship contract.

Stepping Up To The Big Stage

Bactol has had to wait almost eight months to make his full ONE debut, but his chance has finally come.

He will face Fujisawa in his homeland, on one of the biggest mixed martial arts shows of the year.

Despite the pressure on his young shoulders, the Bangkok resident is determined to take everything in his stride, and take another step on his way to fulfilling a childhood dream.

“Ever since I was young, I have always wanted to be a World Champion in mixed martial arts,” the 19-year-old says.