Once lost and stuck in a downward spiral, Johnny Nunez discovered his true calling and turned his life around through martial arts.

“Johnny Boy” is ready to embark on a new chapter in ONE Championship against Pancrase Lightweight World Champion Kazuki Tokudome at ONE: DAWN OF VALOR, but he had to endure heartache and loss on his long road to the global stage.

Ahead of his debut in The Home Of Martial Arts on Friday, 25 October in Jakarta, Indonesia, the 34-year-old reveals how he got through the difficult times in the United States to build a new life in Asia. 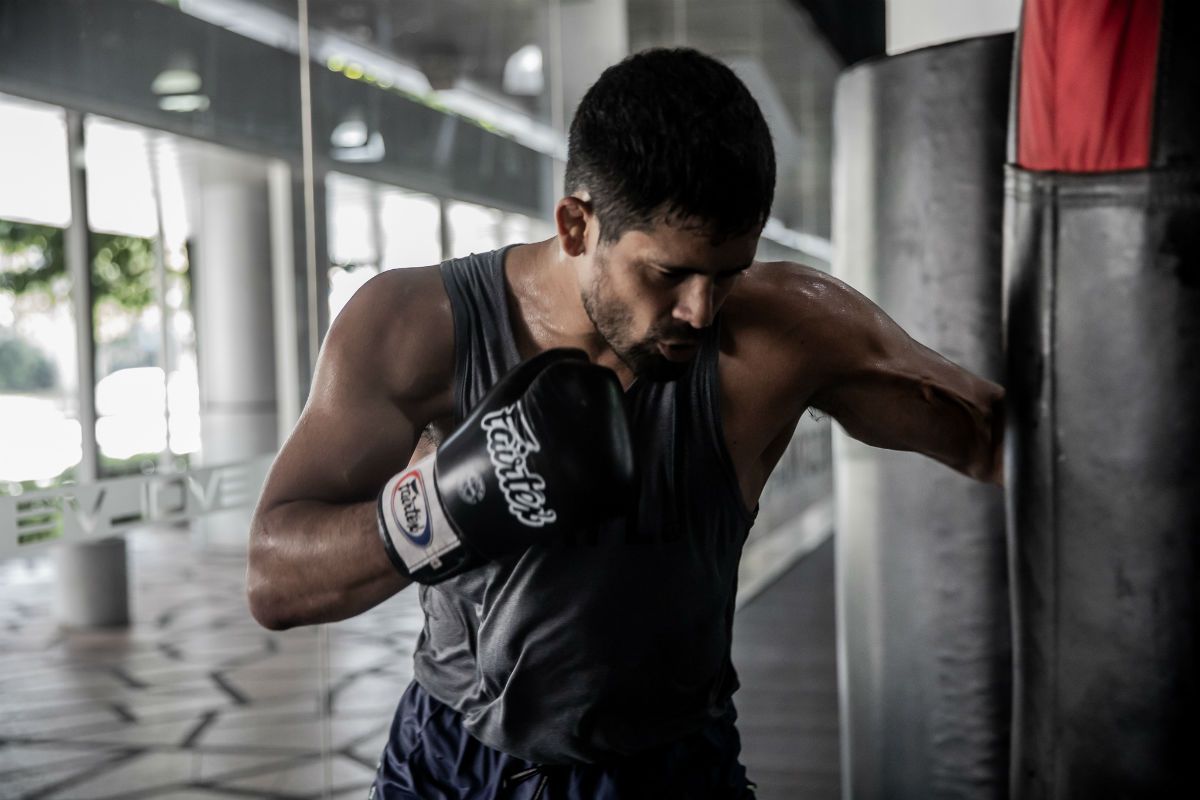 Nunez was born in California and grew up in a large family, where his grandmother helped his father raise him and his brothers in Los Angeles.

At the age of 10, Nunez and his family moved to the small town of Mountain Home, Idaho, to be with his dad’s new girlfriend. The young Nunez initially resented the move, but looking back, he believes it took him away from a lot of trouble in the city.

However, the transition to rural Idaho brought its own complications. Life at home was difficult because of the way he was treated by his father’s new partner.

“My stepmom was physically and verbally abusive – she did not like the fact that my dad had three boys,” Nunez recalls.

He was also rebellious by nature and found it hard to shed his LA tough-guy image at school, which led him into conflict.

“I wasn’t the most well-behaved kid. I got into trouble at school often, and got suspended,” he admits.

Bitten By The Wrestling Bug

#throwbackthursday to high school, turns out having a big head makes a great counterweight for wrestling ????Musta been why I got recruited to wrestle to #BSU! Guys please continue to help me #savebsuwrestling by signing the petition in my bio! #TBT #wrestling ????‍♂️

In Idaho, football was king. “Johnny Boy” played throughout high school, and dreamed of playing in college, but he was kept away from the team as punishment for his transgressions.

When he was forced to look for other ways to engage himself, Nunez discovered the sport of wrestling, which changed his life.

“I always thought I was a tough kid, getting into fights and all, so I just tried out wrestling, and I enjoyed it,” he says.

“Back in my freshman year, my coach invited me to travel with the team, and I got to see my teammate win the state championship. That moment totally changed my outlook. It convinced me that I could be successful at something, and for me, that was wrestling.”

Even his most frustrating experiences could not turn him off. As a junior, Nunez made the state wrestling final and lost by a single point, but that only strengthened his commitment to the sport, and he rebounded in style.

“I was extremely disappointed because it was so close, but I’m so glad it happened because, without it, I would probably never have been as motivated, or achieved the success that I had in my senior year,” the Idaho native adds.

“I did not give up a single takedown the next year. I remained undefeated, got to the finals, and won the championship. It was an amazing year.”

That was the first of two state titles that earned him scholarship offers from colleges across the country, but he enrolled in Boise State University to stay close to his family.

As a Bronco, he was exposed to a rich wrestling lineage, and, inspired by veterans like Jens Pulver and Scott Jorgensen, took his first steps as a mixed martial artist by cross-training in Brazilian Jiu-Jitsu. 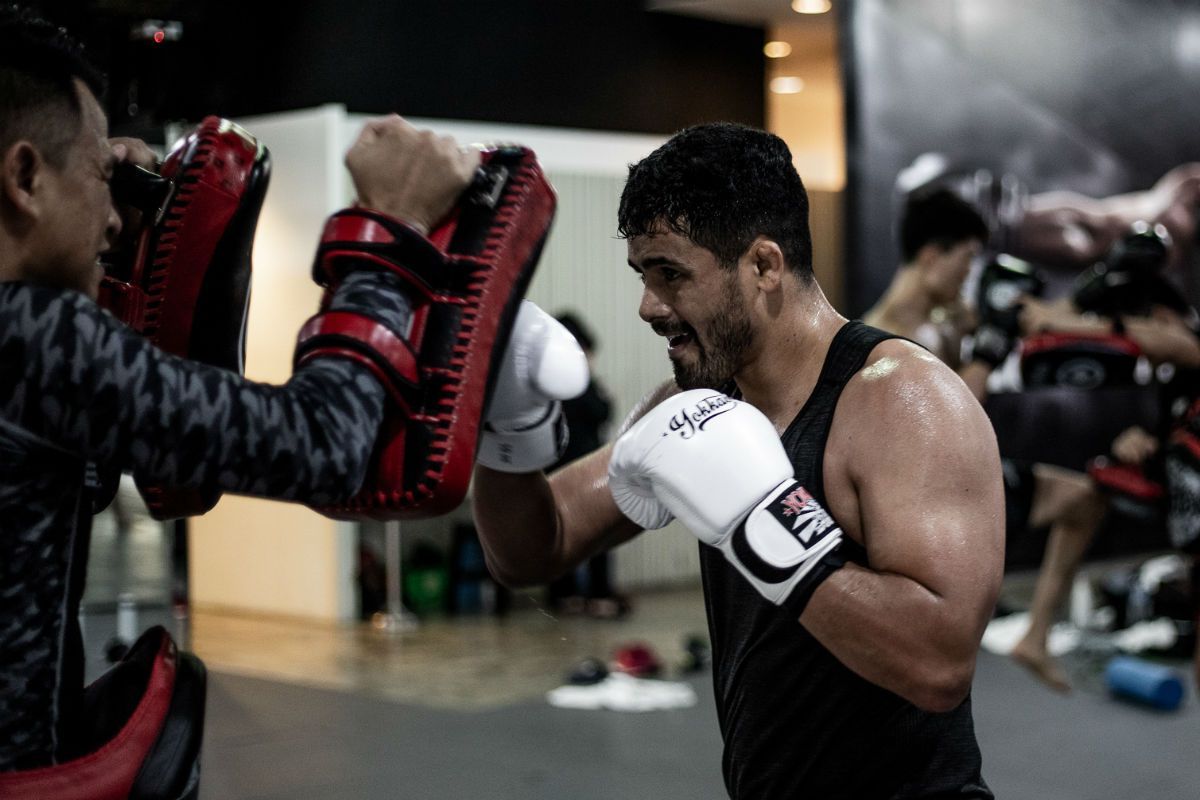 After graduation, Nunez packed his bags and followed his college wrestling coach to the Tapout Training Center in Las Vegas.

He worked several jobs and slept on the couch at the gym while he trained to start his professional career. He also linked up with legendary mixed martial arts coach Shawn Tompkins, who cornered Nunez for his first few amateur competitions.

Sadly, Tompkins died suddenly of a heart attack in 2011 aged 37, which shook Nunez and made him reconsider his future.

“I didn’t know how to deal with the grief. I felt really lost at that time, but I also figured Shawn would want me to keep on fighting, so I did,” he says.

Nunez was devastated again a few years later after he moved to Xtreme Couture. The gym’s head coach, Robert Follis, died by suicide at the end of 2017, and his students struggled to come to terms with the loss of their mentor.

Coping with the emotional impact of another huge loss was hard – especially during the grueling training of a professional athlete – but he aspired to honor his teachers by using everything they taught him. 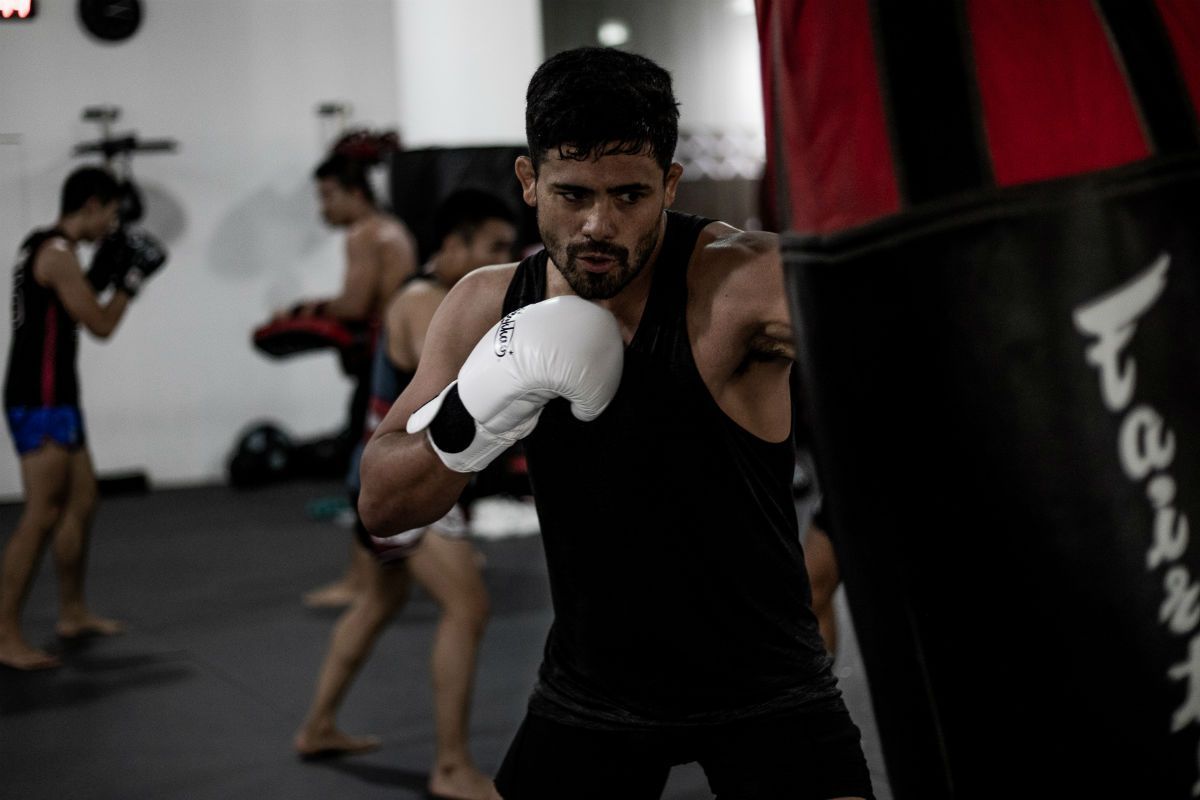 Nunez has never regretted his decisions to continue with his career. He has carved out an impressive 7-1 record in several high-profile American organizations, and it was the catalyst for him to start a family.

“You know, I would have never met Miesha or had Amaia if I had just given up back then and went for a normal nine-to-five job,” he says.

“I am so thankful for both of them, and particularly how mixed martial arts has helped me to where I am today.”

Not long after their child was born, they moved to Singapore when Tate became a ONE Vice President, and “Johnny Boy” tried out for the Evolve Fight Team. His well-rounded skills earned him a place among its huge roster of World Champions, and they have helped to take his skill set to a new level.

Now, after a few months to settle in his new surroundings with his loved ones, he is prepared to take on a new challenge and build on his success in America on a new continent with The Home Of Martial Arts.

“I’m really excited to bring what I have learned and create something new for myself over here,” he says.

“With family, things have slowed down, and I finally had time to realize the possibilities of my start here in Singapore and with ONE Championship, and just how great this opportunity is going to be.”