Not too long ago, Hisyam Samsudin was a chubby 100-kilogram kid in Malaysian Borneo, whose only exercise was getting up off the couch to use the bathroom.

Today, the 27-year-old is an Asian boxing champion and a professional martial artist known as “Zephyrus,” whom at 65kg, is about one-third lighter than the obese youth that grew up in Tawau in Malaysia’s Sabah state.

“When I was a kid, I was not very active. I was just chilling at home. I was shy. I did not really talk to people,” Samsudin says. “I enjoyed eating. It was not candy, though. It was food like rice, chicken, and all the oily stuff.” During high school, after seeing his buddies getting steady girlfriends, he began playing football and futsal in hopes of shedding weight, and catching the eye of one of his co-ed classmates. Evidently, it did not work.

“After I played, I would go and eat again,” he remembers. “I would lose one kilogram, but gain two just by eating.”

Samsudin’s fitness breakthrough finally came when he began attending university in Kota Kinabalu, the capital of Sabah, in 2009. Checking out a local gym, he met A.J. “Pyro” Lias Mansor, a Malaysian fitness trainer and martial arts pioneer who would later become the ONE Featherweight Malaysia Tournament Champion.

“He trained me in Muay Thai first, slowly,” Samsudin recalls. “The only reason I followed A.J. was because I wanted to lose weight, not compete.” 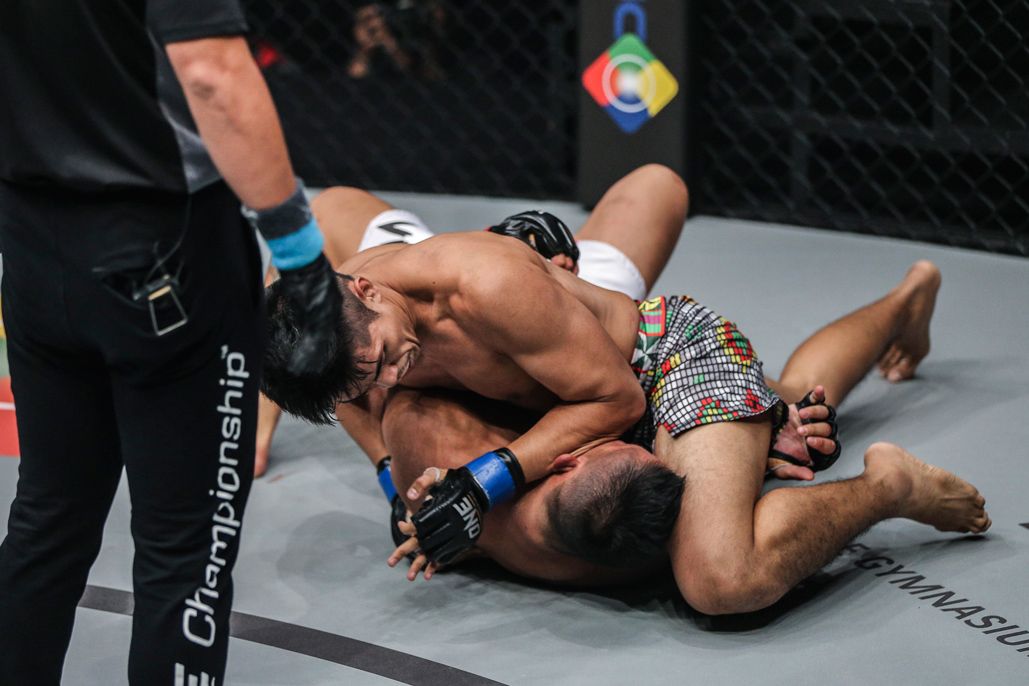 That attitude changed as he progressed deeper into his martial arts journey. He started learning Brazilian jiu-jitsu and wrestling, training twice a day with Mansor. First, they were private sessions at Mansor’s house, and then at Borneo Tribal Squad in 2013.

One day, Mansor asked his student point blank if he was serious enough to start competing. An excited Samsudin said yes. Now, he is now a senior member of the gym’s team, which also includes fellow ONE athletes Audreylaura Boniface and Kelvin Ong.

First, he experienced major success in the sport of boxing. In February 2016, Samsudin replaced an injured Thai athlete at a four-man boxing tournament in Singapore to determine the World Boxing Federation (WBF) Asia-Pacific Light Heavyweight Champion.

Despite being several kilograms underweight, he won the whole tournament, making him the first Malaysian to hold a WBF title. Then, he turned his attention to the ONE cage.

Samsudin, who lost his promotional debut in September 2016 by unanimous decision to fellow Malaysian “Jungle Cat” Muhammad Aiman, brought a renewed vigor with him in his next scrap at ONE: TOTAL VICTORY a year later. 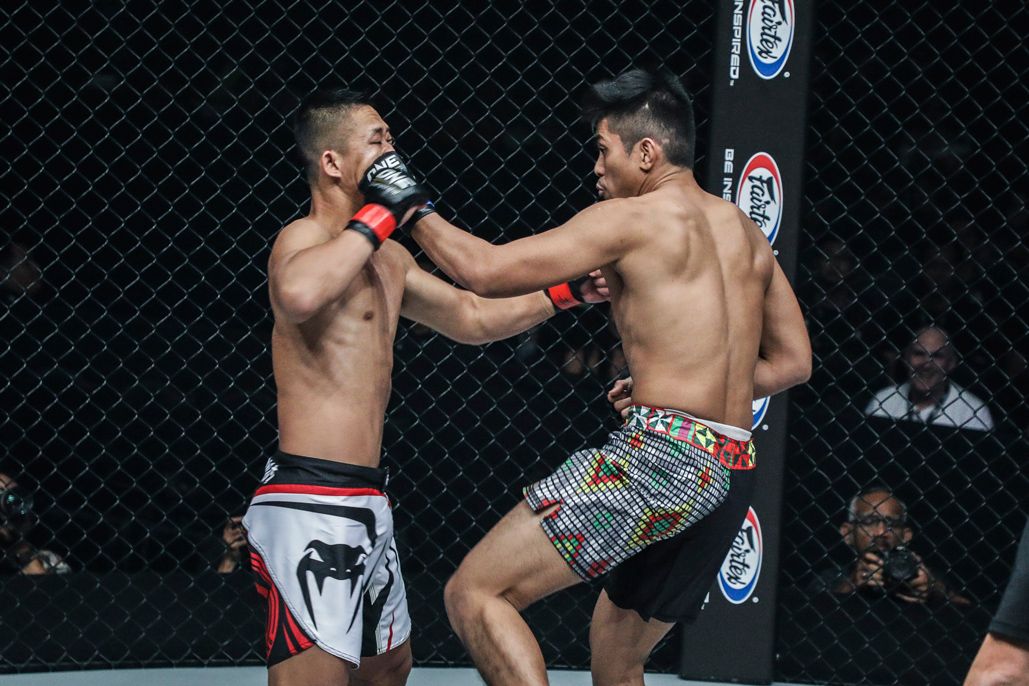 “Zephyrus” competed opposite Indonesian BJJ specialist Jeremy “Predator” Meciaz in a featherweight bout, but under tragic circumstances. Just 24 hours before the event, his father, who made the trip to see his son compete, fell ill. He was taken to a local hospital, and passed away in his sleep.

Despite the emotions surrounding the situation, Samsudin’s mother convinced him to forge ahead and compete. So that is what the Malaysian Borneo juggernaut did, fending off Meciaz’s relentless leg lock attacks to ultimately deliver a first-round TKO.

In his post-victory speech, he dedicated the bout to his father. “I love you dad. This is for you.” 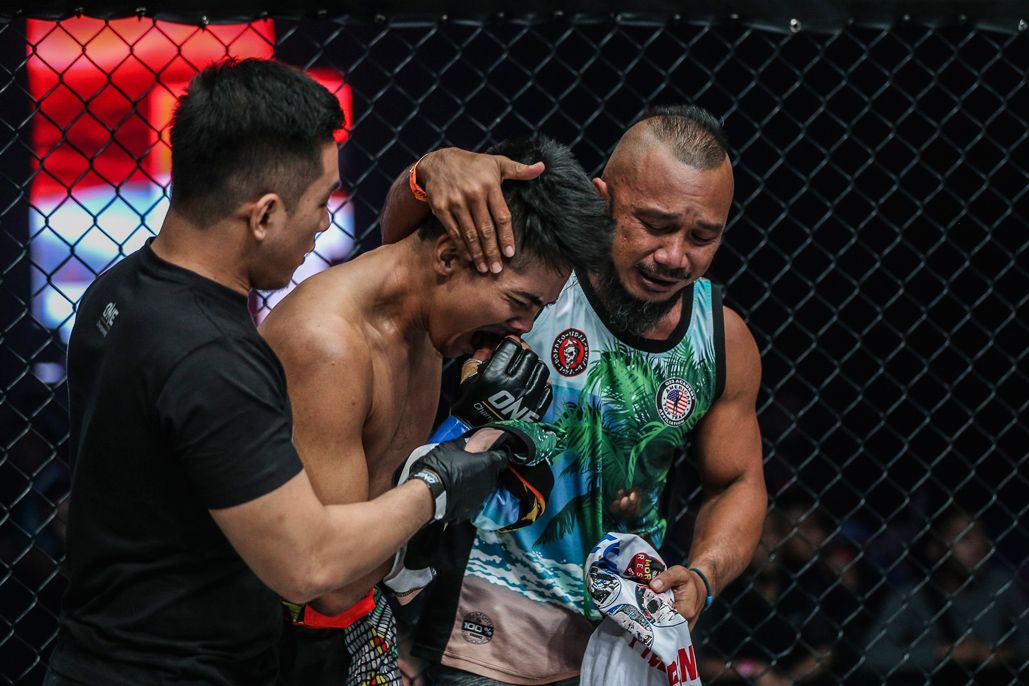 To this day, Samsudin wonders what might have happened if he had never discovered martial arts, and turned his unhealthy life around.

“If A.J. did not ask me about competing in martial arts, I do not think I would be. Maybe I would be in Tawau right now, doing business with my parents, and still being fat,” he laughs. “I might be 100 kilograms again.”