As the most successful and inspiring mixed martial artist in the Philippines, Eduard “Landslide” Folayang is one of the driving forces behind the success and popularity of Baguio City’s Team Lakay.

Even before he arrived on the grand stage of ONE Championship, the 35-year-old brought glory to his homeland through multiple gold medals with the Philippine Wushu Team.

He later became a ONE World Champion, and now, he is a bigger superstar than ever.

Folayang will begin his second reign under the brightest spotlight in martial arts history as the one half of the main event at ONE: A NEW ERA when he defends his ONE Lightweight World Title against Shinya “Tobikan Judan” Aoki. 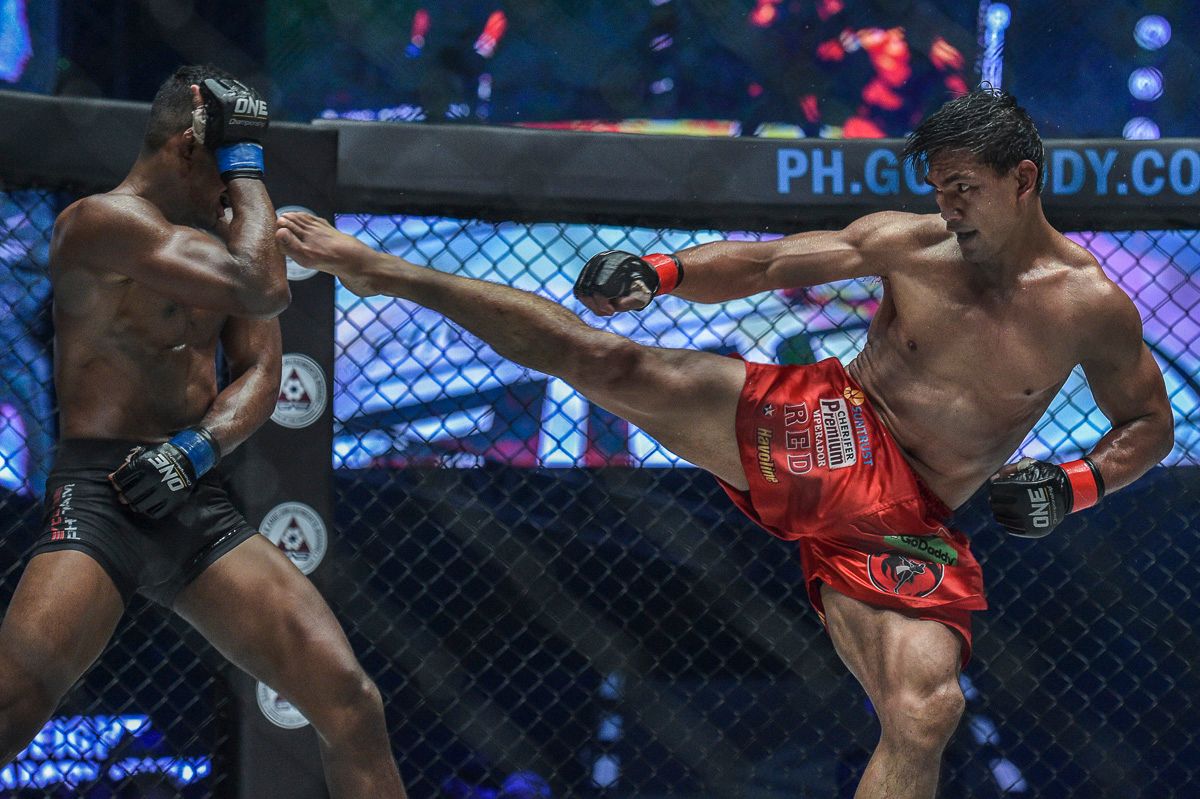 His success and starring role on the global stage for martial arts has made him a natural role model and leader among his training partners.

“I think as a senior and having more experience than them, [my role] grew out of respect, which is an operating procedure that has become a culture for us,” he explains.

Younger teammates like Geje “Gravity” Eustaquio and Joshua “The Passion” Pacio have spoken frequently about Folayang’s influence inside the walls of their training center, and how he is a hero to them.

They are among the men who have watched “Landslide’s” development as a martial artist and his journey to the top. They have also taken his counsel on the mats as they trained to rise through the ranks and win their own ONE World Titles.

Now, he is helping his Team Lakay associates begin their climb back to the top to try and take back the gold they have lost.

Folyang is uniquely positioned to guide them through this difficult time of their careers. He endured heartbreak when his first reign as ONE Lightweight World Champion was cut short, but he built himself back up and began his second campaign at the top after a year of growth – both physically and mentally. 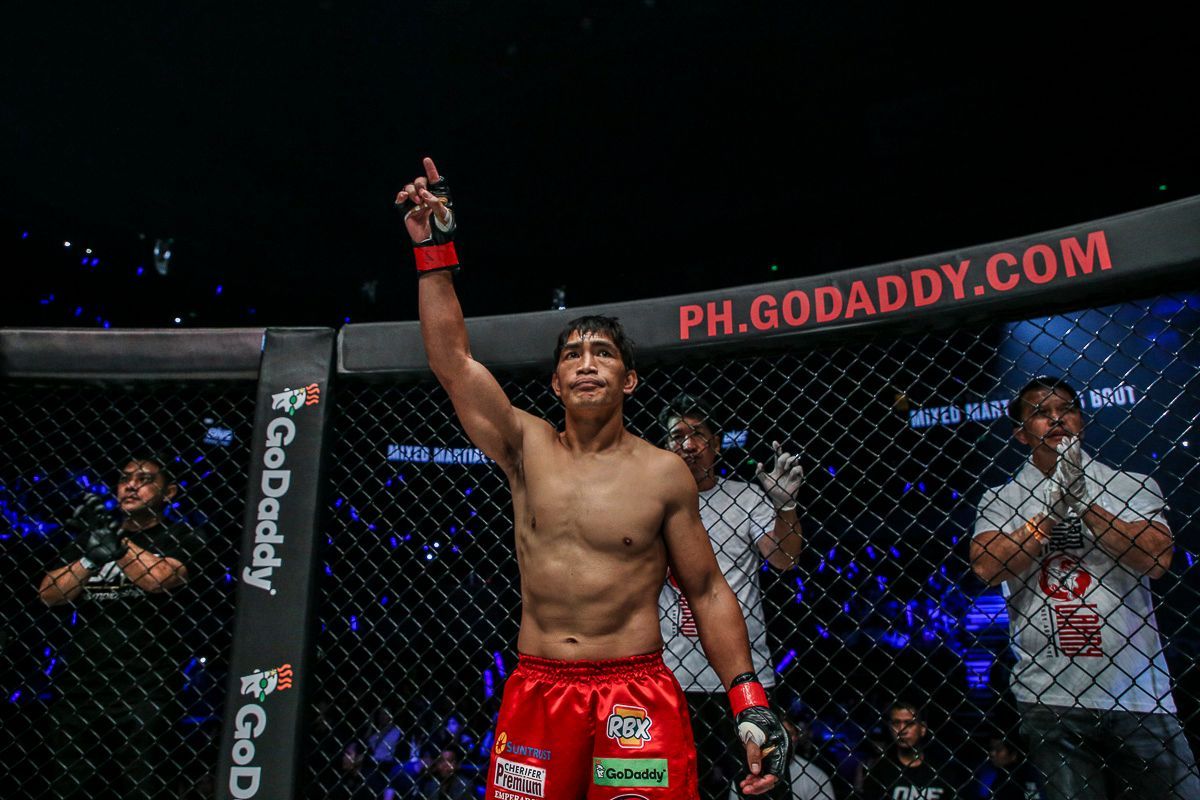 “I tell them [defeat is] part of the journey,” he says.

“It is up to them if they will take it as a challenge to rise above their circumstances.”

Folayang’s influence also goes beyond martial arts. He has offered wise words to those around him about their conduct outside the cage as well.

As Filipino heroes who compete in front of a global audience, they are idolized by millions of fans at home and abroad, so it is important for them to conduct themselves like true martial artists and show the world what the citizens of their nation are capable of.

“I just tell them that they are not only representing themselves but our country as well, so they should do their best to represent it well,” he says.

“I tell them that they should do so in the cage [and also] outside of it.”

Advice from Folayang extends into other aspects of life, too. 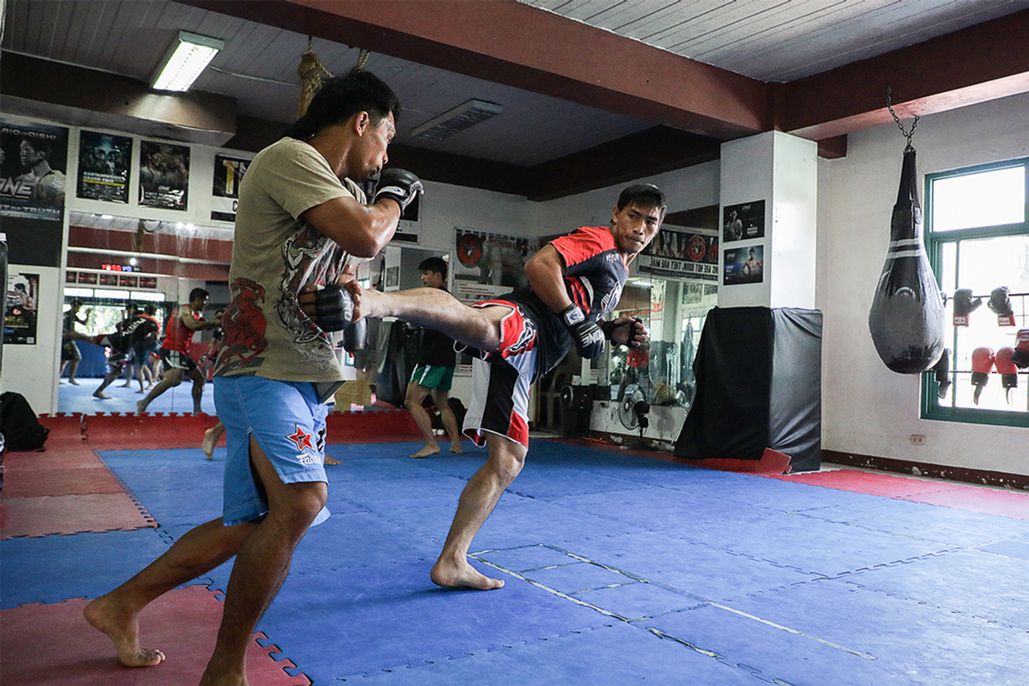 As a man who has done it all, “Landslide” has the knowledge to help his colleagues through many aspects of their careers and day-to-day lives, and he is proud to offer guidance to his brothers and sisters in arms.

That extends to spiritual matters, but for such deeply personal things, he prefers to set an example so they can find their way down the right path.

“Spiritually, they have their own beliefs, but if I inspire them on their journey, then it’s fulfilling,” he says.

“I want to align myself with the word of God, and I let my actions speak for me. What they conclude from the result of my actions will be up to them.”

Despite his obvious influence on his teammates, the reigning ONE Lightweight World Champion does not believe he is above any of Team Lakay’s other warriors.

He practices what he preaches and is always humble – insisting everyone has a vital role to play toward the squad’s prosperity in The Home Of Martial Arts.

“Everybody is a leader in their own right, not just me,” he explains.

“We share some learning experiences and knowledge with each other. Maybe I just became part of their journey. I can’t say that I’m a mentor.

“For us, nothing changes even if you’re a World Champion, because we are always open to our teammates.”

Even as the elder statesmen, “Landslide” will rely on their help as he takes on an enormous challenge in Tokyo, Japan next Sunday, 31 March in a long-awaited rematch.

He will have to draw upon everything in his locker, and the strength of the Lakay collective, to defeat a hometown favorite inside the Ryogoku Kokugikan in Tokyo.

In victory or defeat, the pioneer of the Philippines’ mixed martial arts community will continue to lead through his actions and inspire those around him, as well as the rest of the people from his homeland.