ONE Middleweight World Champion Aung La “Burmese Python” N Sang is back in training, and is preparing for an epic clash with four-time Muay Thai and kickboxing heavyweight world champion Alain “The Panther” Ngalani at ONE: HERO’S DREAM.

The main event tilt, which broadcasts on 3 November from the Thuwunna Indoor Stadium in Yangon, Myanmar, will be the first-ever Open Weight Super Bout in the promotion’s history.

Ngalani, a massive behemoth with one of the most impressive physiques in the martial arts world, will be the biggest opponent Aung La N Sang has ever competed against in his entire career. As such, the Myanmar-bred hero is training a little differently than he regularly does.

Posted by ONE Championship on Saturday, October 7, 2017

Aung La N Sang still wakes up early in the morning and gets the day started at AXIS Sports Performance. While he works on his strength and conditioning at the Columbia, Maryland-based facility, his regime has been altered, as he is attempting to gain more muscle mass without compromising his speed and agility.

Soon after that, he heads over to the main branch of Crazy 88 Mixed Martial Arts in Elkridge, Maryland, where he now spends the bulk of the day. The “Burmese Python” gets changed and works extensively with a boxing coach, whom he recruited strictly to help enhance his punches and movement.

“I brought in a boxing coach so he could come in and work with me,” he continues. “I had to do it so I can train more and have harder training sessions. That way, I get more out of it.”

Posted by ONE Championship on Monday, October 16, 2017

At noon, Aung La N Sang trains in Brazilian jiu-jitsu for an hour and a half, and follows that up with an hour-long session specifically devoted to wrestling. He may head back to the Owings Mills location of Crazy 88 to teach a few afternoon classes, but by the evening, he is back at the gym’s main branch to practice his Muay Thai.

Finally, he will drive to the Lloyd Irvin Mixed Martial Arts Academy in Camp Springs, Maryland, on Tuesdays and Fridays for some hard sparring with larger partners.

There may be a few subtle modifications to Aung La N Sang’s normal training routine, but according to Crazy 88 owner and his head coach Julius Park, the philosophy behind it has remained the same.

Posted by ONE Championship on Wednesday, October 18, 2017

“The camp has not changed that much in terms of skill refinement and developing a game plan.  He has been working with heavier opponents so he can get used to the weight,” Park explains.

“His strength and conditioning, and his dieting, are the only areas where there has been a drastic change, because he wants to be a little heavier for this bout. He eats a lot more, and the timing of his workouts has changed. We switched up some things in his striking and his grappling, but like I said, no real structural changes.”

One of the most important benefits to Aung La N Sang during this training camp is having a centralized home base. He no longer has to travel constantly throughout the day, because he is getting specialized direction all in the comfort of one convenient location. 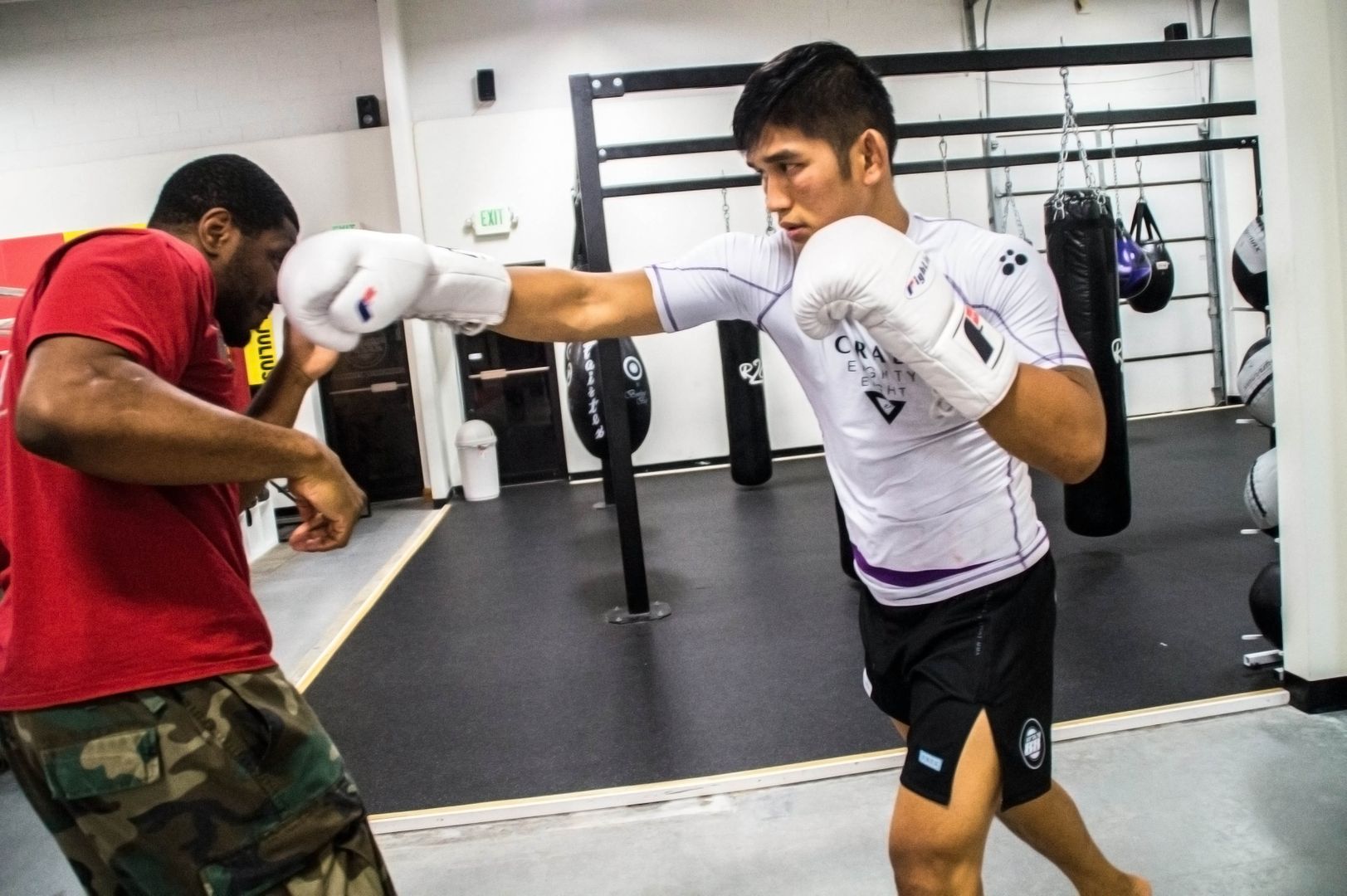 “I am getting more out of every session, because I do not have to spend hours in the car. Instead I put those hours in the gym and I can get my skills better,” the world champ states. “I feel a difference when I spar and when I train, so you are going to see a better version of me.”

The difference has been noticeable to Park too, especially on the mental side. Park has been working with “The Burmese Python” since he graduated from Andrews University in 2007, and has witnessed first-hand the startling transformation of the ONE Middleweight World Champion.

“He has made a fairly graceful ascent from a kid who just wanted to compete to a World Champion in one of the biggest organizations in the world.  He has sort of scaled up everything that needs to be scaled up, and kept everything grounded that needs to be grounded. Plus, he understands himself more as an athlete and a person,” Park says.

“Now, he is able to be more strategic. He understands the athletic side of things. Although it is primal, there are a lot of tactics and meta game that are also part of it. He is way more in tune with those aspects now.” 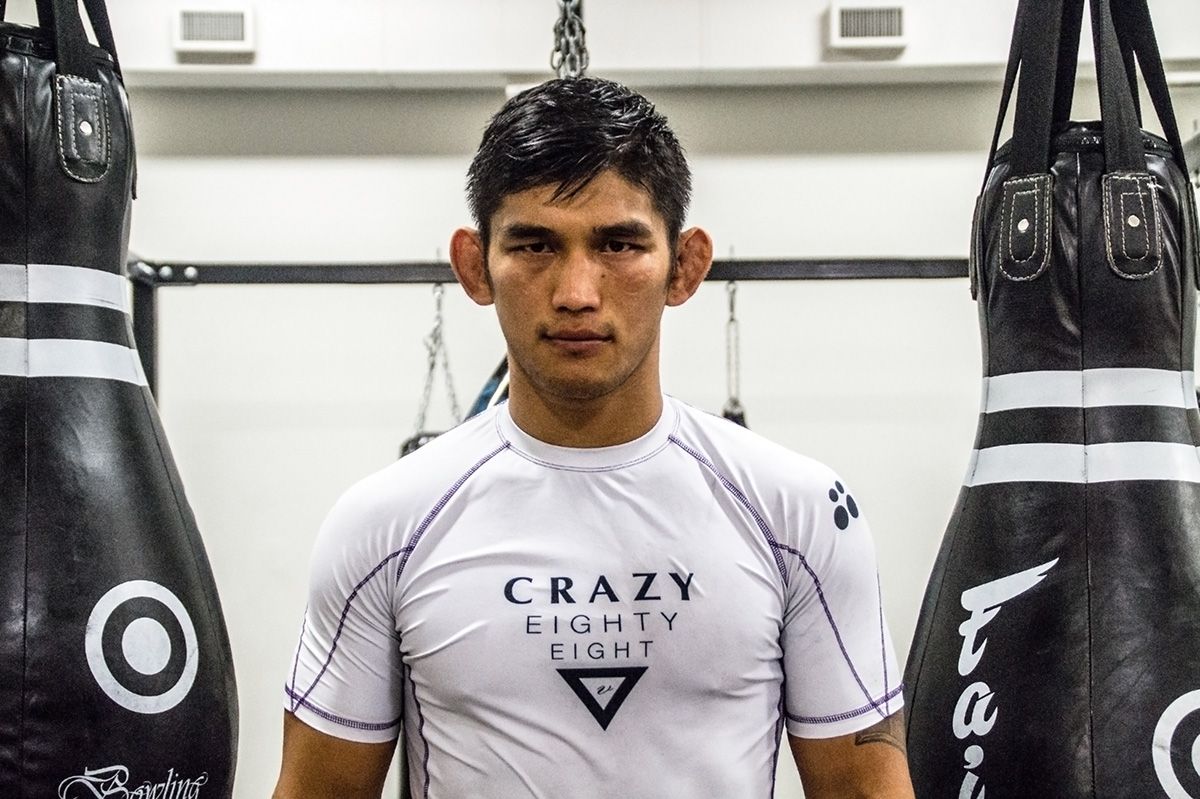 On Friday, 3 November, Aung La N Sang will have the opportunity to showcase all the improvements he has made during this training camp, and the world will get to see if those subtle changes are good enough to help the local hero topple a giant.