When Aung La N Sang challenged ONE Middleweight World Champion Vitaly Bigdash for the title back in January, he was underprepared.

He accepted the bout on less than two weeks’ notice, had been training lightly for a jiu-jitsu tournament in Atlanta, which he withdrew from, and only had a nine-day fight camp before flying to Jakarta, Indonesia to compete at ONE: QUEST FOR POWER.

Despite putting up a valiant effort, and remaining competitive for all five rounds, he lost via unanimous decision. 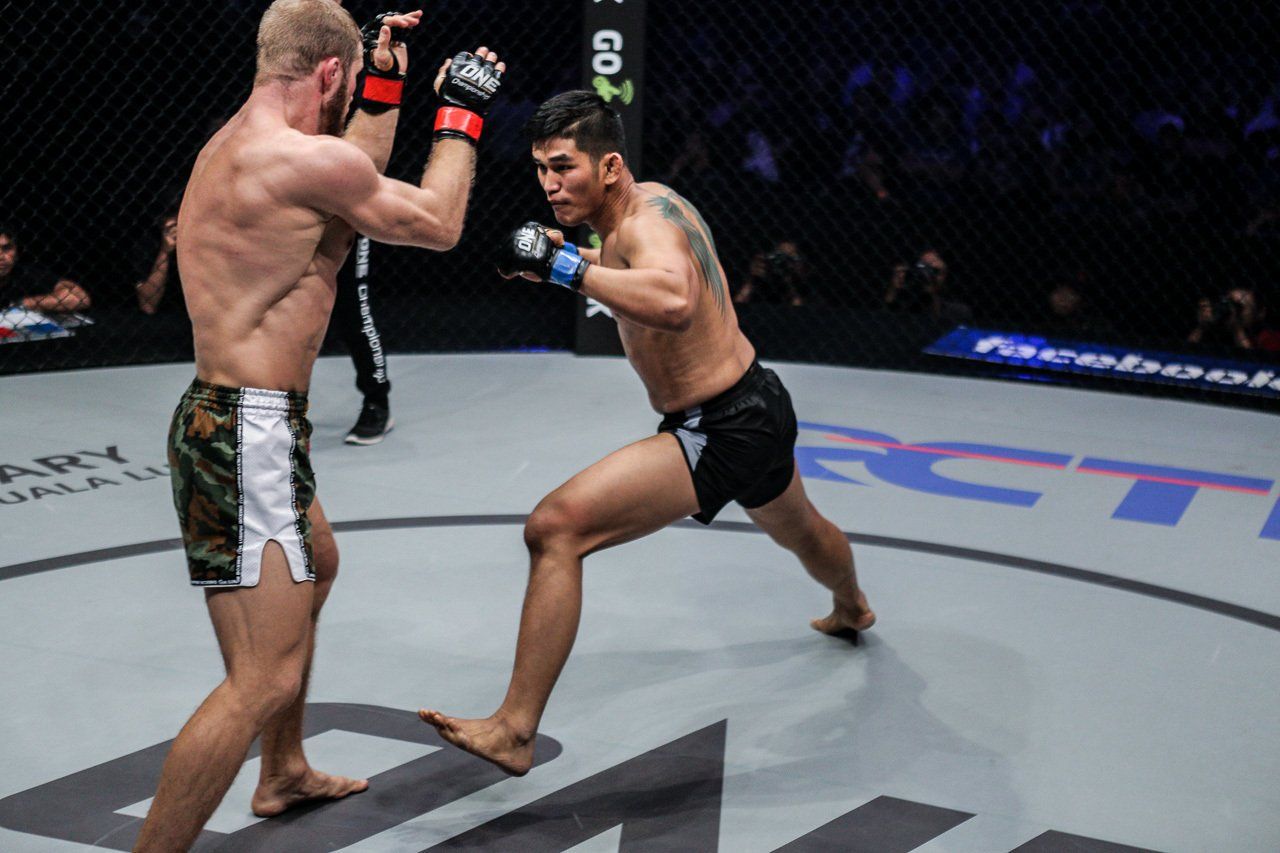 It was a bitter pill for Myanmar’s national hero to swallow, but he showed courage and grit. And now, with a rematch scheduled for 30 June at ONE: LIGHT OF A NATION in his hometown of Yangon, he is ready to show the world the best version of the “Burmese Python” yet.

For the past eight weeks, the 32-year-old has been training like the elite athlete that he is. He has also been driving around Maryland like a crazy taxi driver, because he put in work at multiple training facilities.

He started every day between 6:30am and 7am, immediately heading to AXIS Sports Performance in Columbia, where he focused on strength and conditioning for nearly an hour and a half.

After that, he drove south to the Lloyd Irvin Mixed Martial Arts Academy, otherwise known as Team Lloyd Irvin, in nearby Camp Springs. There, he worked with his head coach Jomal Hargrove from approximately 10 AM until 1 PM.

“During that time, we would usually do either boxing or Muay Thai,” Aung La N Sang explains. “It is a pretty packed day, and on Tuesdays and Fridays, instead of training, we did sparring.”

Once that session was over, he would go home and relax for a little bit before leaving at 4pm to drive to his Crazy 88 Mixed Martial Arts location in Owing Mills, just in time to begin teaching kids and basic adult classes an hour later.

Finally, he headed to the main Crazy 88 branch in Elkridge for the last training session of the packed day. That was an intensive mixed martial arts clinic, which ran from 8:30pm until as late as 11:30pm.

He also brought in other mixed martial artists from throughout the region that have the same body size and skill set as the Russian champion, making them the perfect training partners for the upcoming battle.

Overall, “The Burmese Python” spent seven and a half hours, or approximately one-third of his day, getting prepared for his epic clash against Bigdash. Also, that is not taking into account the time he spent preparing his food, driving to these facilities, or even the classes he teaches. It is not any surprise that he was “ready to go to sleep” the minute he arrived home.

With a wife and young son at home, it was difficult to bond with them during the week. “I spend some time with them,” he acknowledges. “But family time is usually on the weekends.” And, knowing the task ahead of him, his family is very understanding, and proud of him for the work he is putting in.

Although Aung La N Sang was not fully prepared for his first title encounter back in January, he will be cocked, locked, and ready to rock by the time 30 June comes around. And this time, he expects to leave Yangon with the belt.

“I am very, very confident about this fight,” he said, recently. “I feel very well-prepared. I feel five rounds is not going to be a problem at all, and I feel I am going to be dangerous for every second of the fight. I am going to be ready for this one.”