Last Friday, 20 April, former ONE Featherweight World Champion Honorio “The Rock” Banario continued his career resurgence in the lightweight division at ONE: HEROES OF HONOR.

The Filipino hero narrowly defeated Australian hard-hitter Adrian “The Hunter” Pang in front of his countrymen at the Mall Of Asia Arena in Manila, Philippines, and made it clear he is looking forward to facing the best athletes the division has to offer.

Honorio "The Rock" Banario stuck to his game plan and sealed a close split decision win against grizzled veteran Adrian "The Hunter" Pang.

Banario went through the wringer against Pang, who pushed him to the limit.

In a test of willpower and strength, the local favorite faced his most challenging opponent yet. Despite throwing his best strikes throughout the contest, Banario could not knock “The Hunter” out, and that both frustrated and surprised him.

“Without a doubt, Adrian Pang is the toughest man I have ever had the honor of sharing the ring with,” the 28-year-old Filipino stated.

“I threw everything at him. I hit him with all I had, and he just kept coming forward. There were times that I was just completely shocked.” 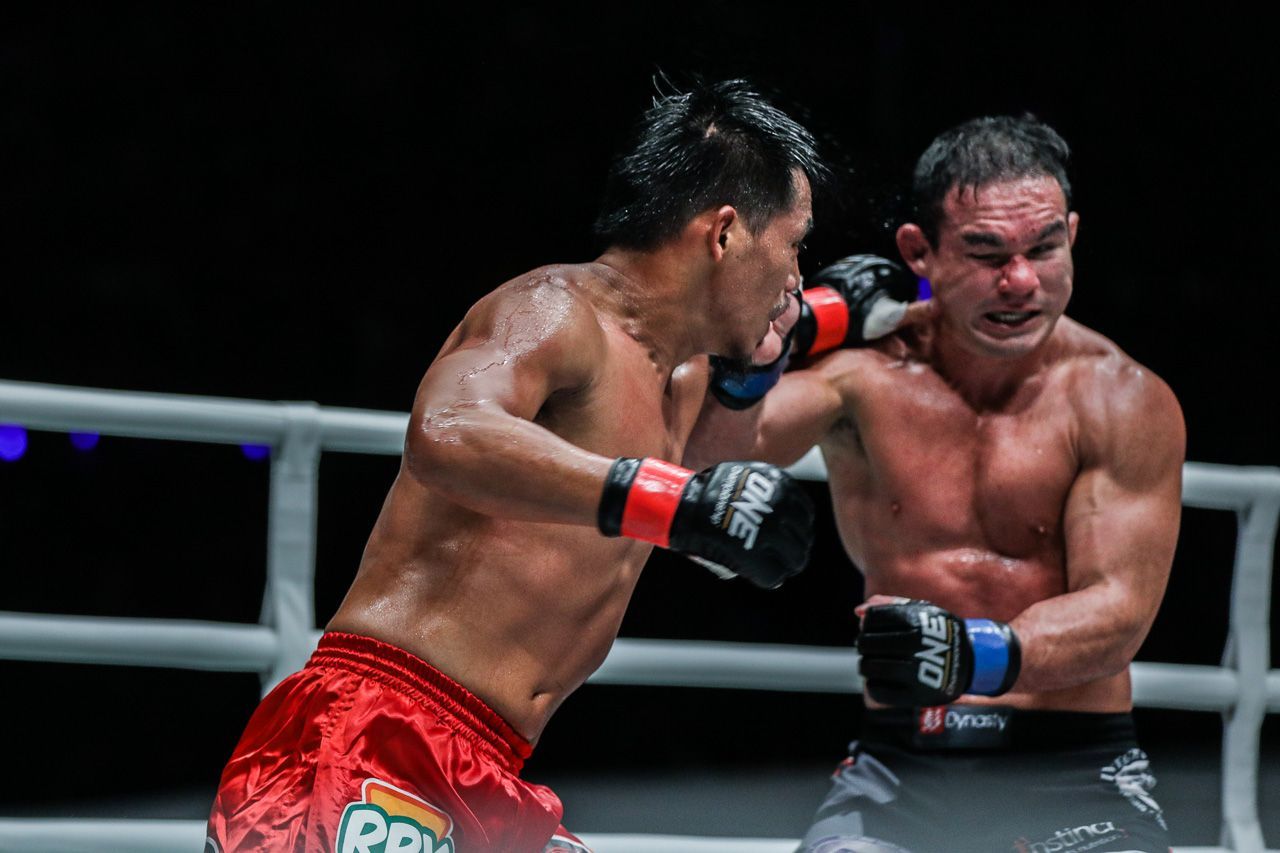 Banario connected repeatedly with a plethora of combinations, and unleashed a barrage of kicks, body shots, and hooks. But no matter what he did, Pang continued to move forward undeterred, and retaliated with ferocious shots of his own.

Ultimately, the Filipino squeaked by on the judges’ scorecards, earning himself a razor-thin split decision victory. However, Banario knew he had to give credit where credit was due, and has nothing but praise for his durable adversary.

“They call me ‘The Rock,’ but Pang is the real rock,” Banario said. “He has a chin made of granite. I was honestly close to folding in the second round after he landed a body shot. It took every bit of willpower that I had to push through the pain.”

Following the grueling three-round contest, Banario sat inside his hotel room at Manila’s City Of Dreams, and celebrated his victory with his Team Lakay brothers. 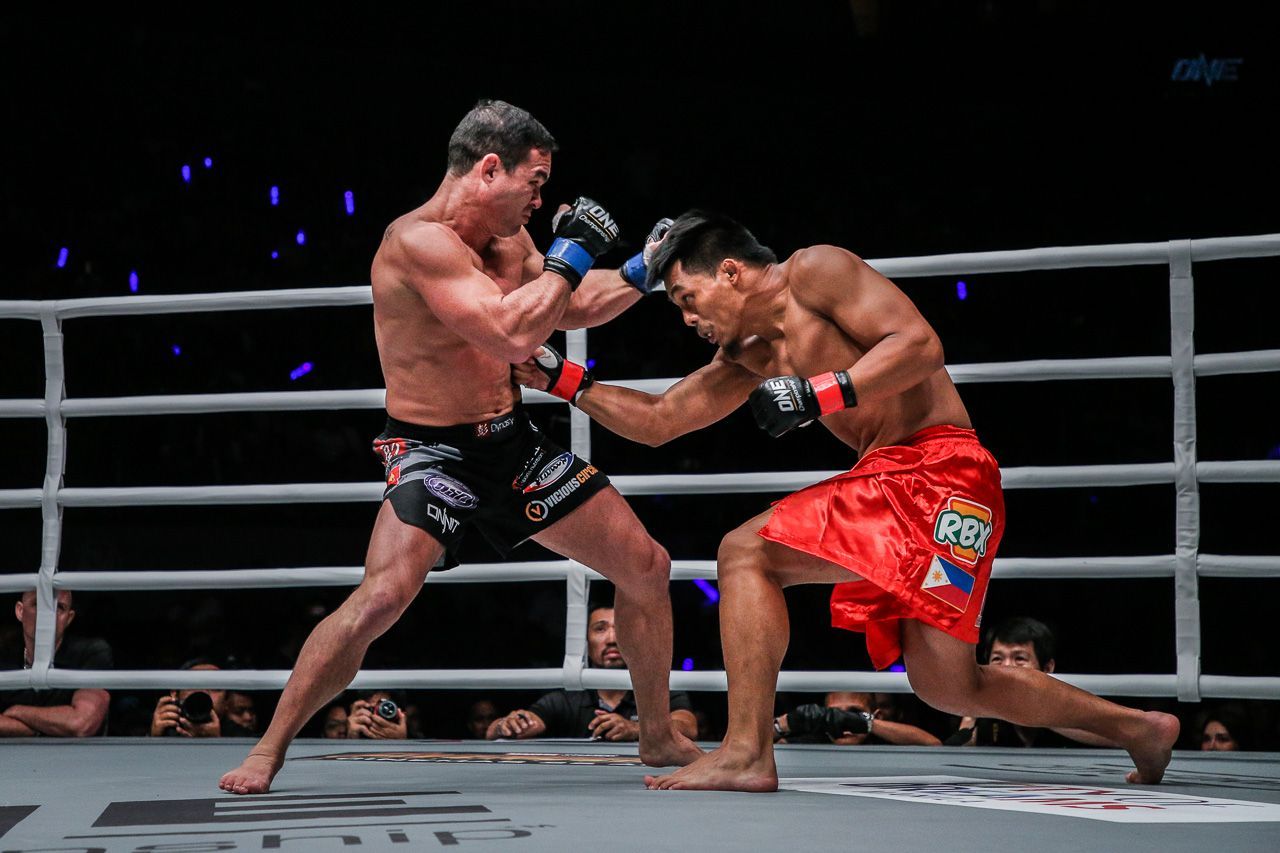 “The Rock” is looking forward to a bright future, and he is already thinking about his next bout. He would like to meet one of three top lightweights, including Singapore’s Amir Khan, Thailand’s Shannon Wiratchai, or Malaysia’s Ev Ting – all of whom pose entertaining stylistic match-ups for Banario should any of them come to fruition.

“To be honest, I will face whoever ONE Championship puts me up against,” he said. “That is what true warriors do. They take on any challenge. I will be prepared no matter what.”

However, when asked which of the three he prefers to face next, the Filipino singled out Ting, who previously defeated him in the featherweight division.

Banario clashed with Ting at ONE: TIGERS OF ASIA in October 2015. At the time, the Filipino had already lost four straight, and was on the brink of an early retirement. His only hope was to produce a victory against a big name, but Ting submitted him via guillotine choke in 56 seconds.

If the two were to meet again, “The Rock” promises it would be much different. 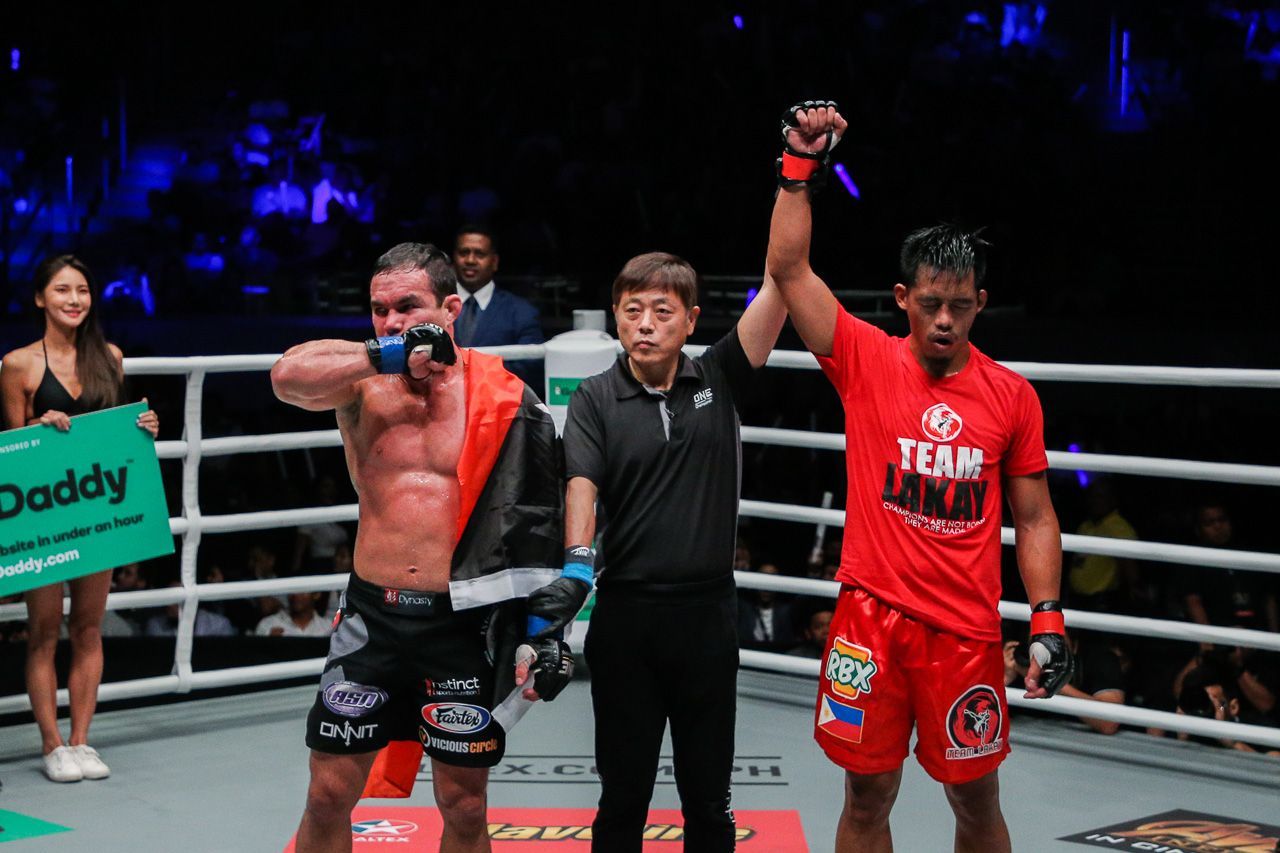 “We were featherweights then, and I really had trouble making weight,” he explained. “Ev had an easier time on the scales than I did, so by the time we stepped into the cage, I just had no strength. Now that we are both lightweights, I think a rematch would be great.”

There should be no doubt left in Banario’s career resurgence, not after five straight wins, and certainly not after that scintillating performance against Pang. Whoever the Filipino competes against next will surely be a top lightweight. Anything less, in Banario’s eyes, would be a disappointment.