Giorgio “The Doctor” Petrosyan overcame remarkable odds to emerge from homelessness on the streets of Italy to become the greatest kickboxer on the planet.

The ONE Featherweight Kickboxing World Grand Prix Champion fled his homeland of Armenia as a child and struggled to find his feet in a new country, but once he did, martial arts gave him the means to ensure he and his family would never go hungry again.

Life In The Old Country

Petrosyan was born in 1985 in the Armenian capital of Yerevan, where he remembers a happy early life with his parents, two brothers, and a sister.

As a child, he was obsessed with the martial arts heroes of the silver screen and dreamed of emulating them.

“I used to watch lots of fight movies, and then would go out and train on my own,” he says.

“I would go for runs and hit the punching bag all by myself. Whatever I had seen in movies, I’d just go and do it on my own.”

However, his family had to endure some hard times when Armenia became trapped in a conflict with Azerbaijan.

“We had no electricity, no food, and families had to stay in line to get a loaf of bread and eat something,” he explains.

“You had to stay in line to get heating fuel to stay warm because it was very cold… So, my father came to a decision for the sake of his kids, with the goal of moving to a better place because it was difficult living in Armenia by then.

“In 1991, he grabbed me and my big brother, Stepan, and we all fled Armenia. We took off in a truck, just like illegal aliens do, and that was a long journey – a very long and tough journey.”

Finding His Feet In Italy 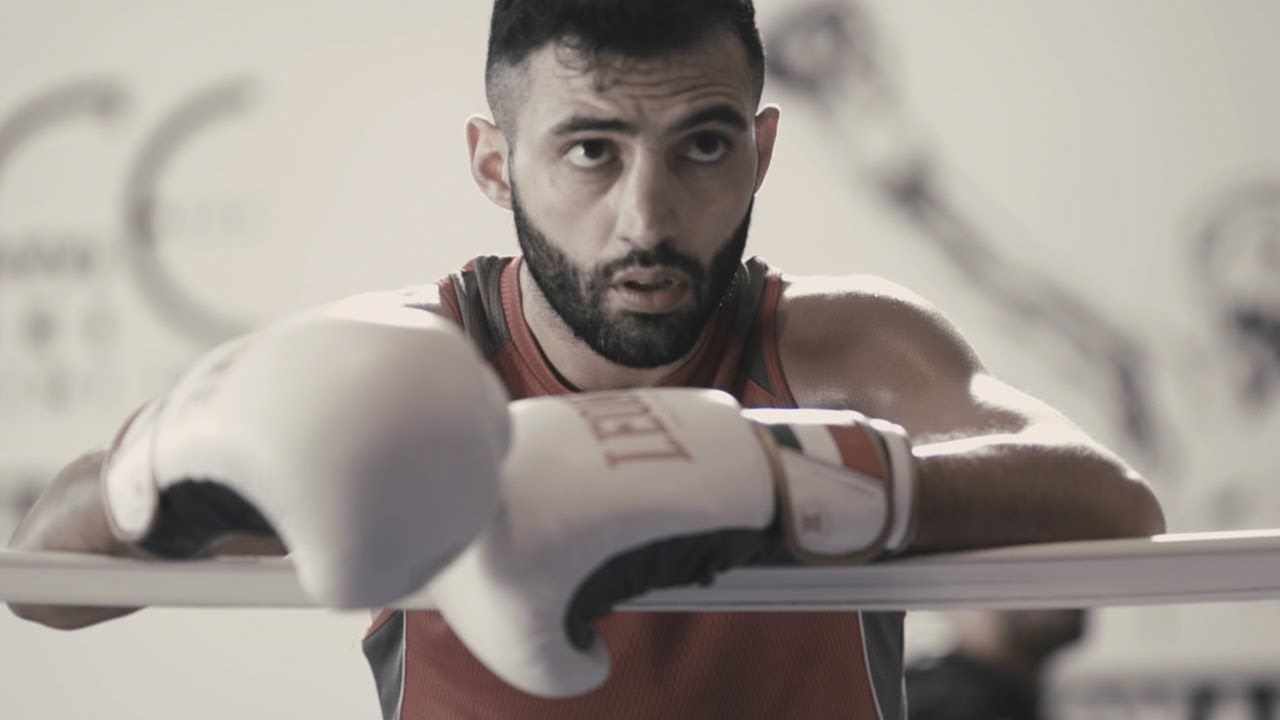 When the Petrosyans set off, they did not plan where they would end up, specifically – anywhere that could have given them a better life would do – and they ended up in Milan, Italy.

However, when they arrived, they had no money, no food to eat, and no roof over their heads. They found shelter in the city’s train station, but that offered little respite for Giorgio, who was suffering from tonsillitis.

“I was really afraid that something would happen to me, as I had a temperature of 40°C and had barely any sensation in my body by then,” he says.

“I was hungry and thirsty, yet I was such a wreck that I couldn’t even feel fatigue or hunger anymore.”

The family traveled to the northern city of Turin with hopes of finding better fortune, but it was a similar story there and they were offered no help from the authorities. Eventually, they tried their luck in the smaller town of Gorizia, and at last, they got the help they needed.

They found their feet, and after a year and a half, sent for his mother, sister, and younger brother Armen. They also had to illegally flee Armenia in a truck and go through a long and difficult journey, but once they arrived, they could look forward to a better future.

Throughout his difficult time settling in Italy, “The Doctor” never lost his passion for martial arts. Even though there was nowhere for him to train properly in their small town, his dad encouraged him.

“While staying at the Caritas shelter, I would train on my own after setting up a space where I could throw punches and kicks around,” he remembers.

“It was just me trying to imitate because I was clueless. My father would say to me, ‘Don’t worry, I will find a gym for you, even though we are in a small place,’ and that’s exactly what happened.”

A family friend later helped him find somewhere to start formal training with a coach, who discovered the young Petrosyan was a natural in the ring. He had his first match aged 16, and though he broke his toe against a 22-year-old man, he got his hand raised and was inspired to continue

“Having won that first fight, it obviously gave me the courage to push forward, regardless of the fact I had suffered a broken toe,” he says.

“I was being treated in the emergency room afterwards and watching my video, because I always watch tapes of my fights and regularly do my homework.

“So, I was watching the tape, but I’m never happy while watching my fights. I always look to improve myself, and that’s what gave me the drive and courage to push forward because the more wins I got under my belt, the more I wanted to keep fighting and step up my game.”

Top Of The World

Petrosyan competed under Muay Thai rules for the first few years of his career and won many belts, all while only suffering one defeat to Nonthanan Por. Pramuk in Bangkok.

However, despite his exemplary record and amazing performances, “The Doctor” reveals he did not believe he was truly World Class until he won the biggest tournament in the world at the time – the 2009 K-1 World MAX Grand Prix – which required him to defeat three elite athletes in one night in Japan.

“When I won my first K-1 Max World Title, they asked me if I felt like a World Champion, and that’s when I said, ‘Yes, for the first time I can now say that I am a World Champion,’” he reveals.

“Until then, despite winning 1,000 belts, I had always felt like a nobody.”

That was far from the end of his success. He won the K-1 World Title again the next year, and then many more over the next several years while only suffering one more defeat.

In 2018, he was one The Home Of Martial Arts’ prize acquisitions as it launched its kickboxing and Muay Thai divisions, and he went on to crown his career by winning his biggest prize yet, the ONE Featherweight Kickboxing World Grand Prix, after wins against three of the best strikers on the planet.

Now, he is looking forward to adding to his legacy and unparalleled 102-2-2 (2 NC) record. Even though he is on top of the martial arts world, the tough times in his youth drive him forward, and remind him to set an example to fans around the world who idolize him.

“That kind of ordeal clearly made me a more mature person, and hunger, in particular, turned me into the person I am today,” says the 34-year-old.

“The most important thing is humility, which not many possess. I am proud of this because I have won everything possible, yet I’m still that little boy who started out at 16. So, to me, it’s important not just to look ahead, but to look back, as well, on where I came from and where I started out, so as to appreciate what I’ve accomplished, never forgetting the past.”