Brazil’s Cosmo “Good Boy” Alexandre is no stranger to the striking arts.

The São Paulo native is a storied world champion, and has taken on many of the most revered names in Muay Thai and kickboxing, including Giorgio Petrosyan, Yodsanklai Faitex, and Nieky Holzken.

Like his peers who remain at the top of the game, he has inked a deal with ONE Championship, and is scheduled to debut at ONE: HEROES OF HONOR on Friday, 20 April, in Manila. He meets Elliot “The Dragon” Compton in a ONE Super Series Muay Thai bout.

Here is what you need to know about “Good Boy” ahead of his debut.

A Young Boy With A Football

Raised in Santos, an east coast city in São Paulo, Brazil, Alexandre lived with his mother and grandparents. He had a life similar to many other kids around country, which centered heavily around football.

“I was always on the streets, normally playing football all day long,” the 35-year-old says. “I did not like to go to school, because I was always thinking about doing sports.”

Alexandre did complete his secondary school up until he was 18. At that point, he reached his limit with education, and his imagination took him elsewhere. The traditional path to a regular job was not the life for him.

His grandmother took care of the home, while his mom worked at a local supermarket, and his entrepreneurial grandfather worked all hours for his construction company. It did not go unnoticed by the “Good Boy,” who respected his grandpa’s work ethic and sacrifice. Still, he did not want to go down the same route.

The Brazilian athlete believed football could pay the bills, and ultimately be his ticket away from a monotonous day job.

Alexandre was not too far away from achieving this dream either. He turned professional, moved across Brazil to play, and even tried his luck in Europe. But as it turned out, the dream was not all it was made out to be.

“I saw so many bad things happening,” he explains of his decision to leave the game, in a sport he loved, but a business that was less than honest.

From The Field To The Ring

#tbt April 17 ,2007 at K. Rompsrithong, my first time in Thailand , where and when my life changed . I just bought my ticket, I didn't knew where I would train or where I'd live. After 10 years fighting around the world , more than 30 countries, making friends , collecting belts and tittles , giving to my kids more than I had when I was young , I have to say , Thank You God ! Thank You for your Love and Mercy in my life . Thank You for take care of me and my family ! "Never would have made it Never could have made it without You I would have lost it all But now I see how You were there for me" ——————————————-???????? 17 de abril de 2007. Na Rompsrithong, minha primeira vez na Tailândia. Depois de lutar o mundo inteiro , viajar por mais de 30 países, fazendo amigos, colecionando cinturões e títulos, dando aos meus filhos mais do q eu tive quando era pequeno , eu tenho q dizer , Obrigado meu Deus ! Obrigado por todo Amor e Misericórdia , obrigado por cuidar de mim e da minha família! Deus dá minha vida ! #muaythai #thaistyle #goodboyfamily #thankful #WorldChampion #rompsrithong #roots

Alexandre may not have gone far in his soccer career, but it led directly to a new athletic endeavor.

“I started Muay Thai, because my soccer coach said it would help me to stretch,” he explains.

Becoming disillusioned with his childhood passion, martial arts took hold, and within months, he was competing. After trying to blend the two sports together, it took a year for Alexandre to give up on football entirely.

“Good Boy” was confident he could rise up the Muay Thai ranks on his own merit, without having to rely on anybody else.

“I was thinking that when you compete, it is just you,” he explains. “If you win, your name is growing, and you will be successful. In soccer, it is different. It is not just about you – it depends on your coach, your manager, and so many other things that can influence your career.”

Alexandre committed himself to training. He loved the fresh, exciting techniques, and the thrill of being in the ring. It was not a mainstream sporting choice, however, and as such it was met with some skepticism by his family. But soon enough, he acquired the skills to literally pay the bills.

He moved out of the family home to fend for himself, and after meeting his wife, decided to move to the birthplace of the art, Thailand.

“When I went to live in Thailand in 2007, my family realized it was a real job, as I was starting to make decent money to take care of my life,” he continues. “I got married, and had kids. They could see I was taking care of my family with it.”

Saved From A Disease

As a young boy, Alexandre had been diagnosed with a serious blood condition – one which the doctors told him would affect him all of his life.

“They said I could not do anything that was hard,” he explains. “They said I would have to have an office job, otherwise it could get worse. That is why in football, my mum made me play as the goalkeeper.”

The prognosis was not a good one, and it would put restrictions on the aspiring competitor. It was not that he just proceeded in spite of the doctor’s orders and hoped for the best, but instead, he believes an even higher power made it possible for him to continue pursuing his dreams.

“I started going to church around 12, and learned about Jesus, and God,” he recollects. “I got baptized, and remembered reading in the Bible that you could be born a new man – no sin, no disease. Healthy.

“When I was going into the water, I just thought if what I was reading is true, then I would never take any medication again for my problem, because I know it will be solved. I never took anything again. I was 100 percent healed after that. Jesus Christ gave me a miracle.”

Alexandre went on to become a professional football player, a multi-time world champion in Muay Thai, and even a rugby player in the top division in his home country. He believes the gift that he took from his commitment to God changed his fate, and allowed him to become a world-class athlete.

Success All Around The World 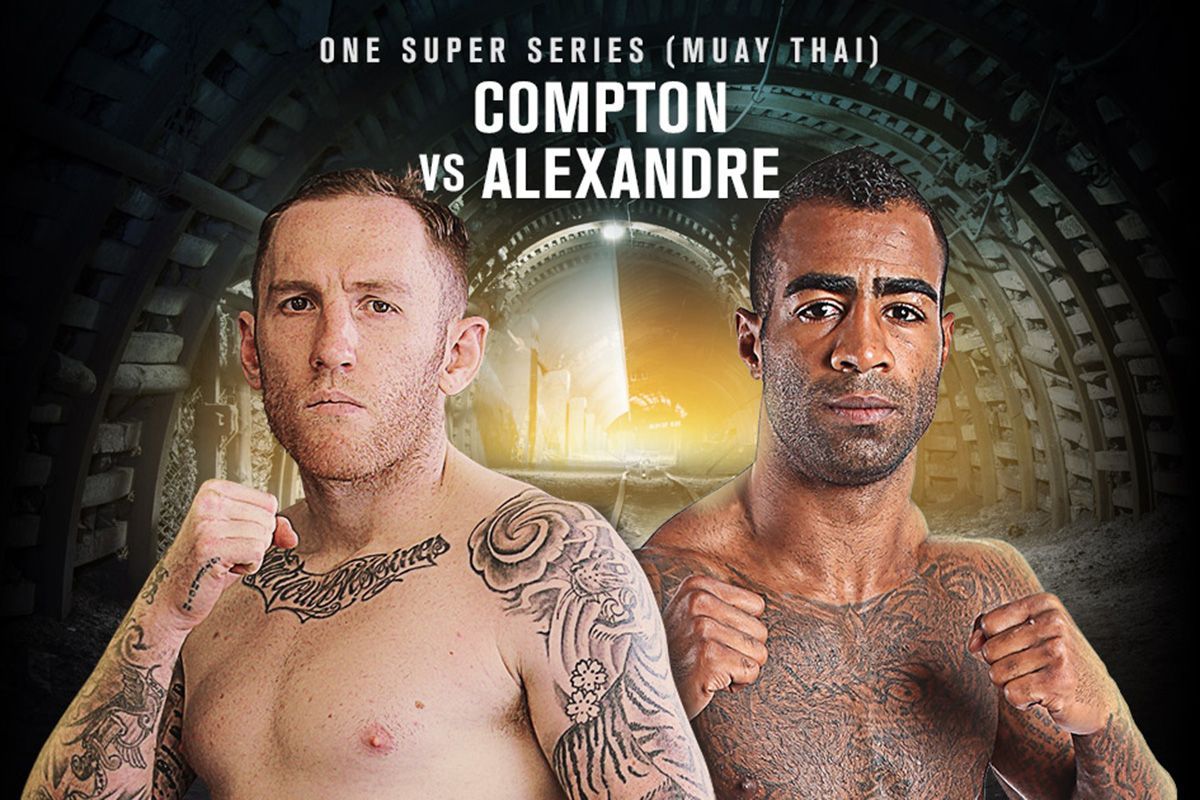 Alexandre has gone against, and beaten, many of the top names in the striking world, and has competed all around the globe — in the USA, Australia, Russia, France, China, and Thailand, to name a few. Along the way, he compiled a 68-18-1 record.

He even crossed over to mixed martial arts in 2011. He trained alongside The Blackzilians, and despite losing a unanimous decision in his pro debut, he then went on a seven-bout win streak.

Given the competition he has faced, and level he has consistently operated at for the last 16 years, there is not a man you could put in front of the Brazilian that would faze him.

Now, he is ready to take his career to the next level as part of the ONE Super Series, and is thrilled to meet Elliot Compton at ONE: HEROES OF HONOR.

“I am excited to see the city of Manila,” he reveals, where he knows a victory would be a great starting point for more lucrative bouts with ONE Championship in the future.