Istela Nunes is completely focused on her mission to defeat “Unstoppable” Angela Lee at ONE: DYNASTY OF HEROES and become the first Brazilian to hold a ONE Women’s World Championship.

While these two unbeaten heroines are set to do battle on Friday, 26 May, the truth is they have quite a lot in common. For instance, they both want to be positive role models, they both love their families, and their parents got them both started on their respective martial arts journeys.

Lee’s story is fairly well-documented, but Nunes’ tale is an unfamiliar one filled with triumph and tragedy. 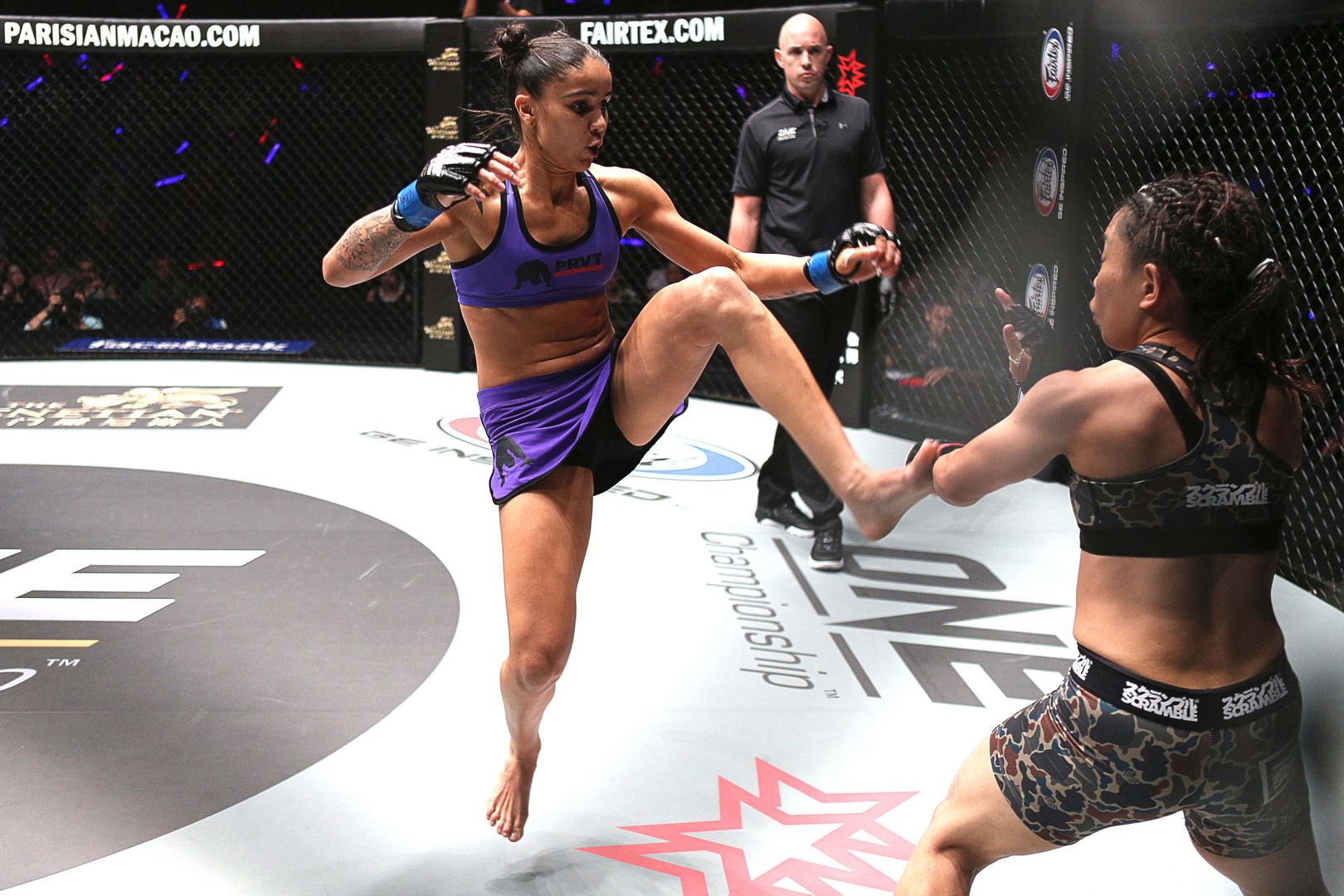 Born to a mother who worked as a cleaning lady and a father who was an artist craftsman, “Istelinha”, or “little Istela”, as she was called, grew up in the municipality of Pau dos Ferros in the Rio Grande de Norte state of Brazil. Along with her older and younger brothers, she was an active child who enjoyed sports and spending time with the family.

Nunes’ martial arts journey began when her father enrolled all three of his children in capoeira. She was only five, but she absolutely loved it. By the time she reached 10, however, she transitioned into another discipline, despite thoroughly enjoying the Brazilian martial art.

“I met an instructor through my mother — she was working at his house — and I began to train Muay Thai, which became a passion of mine,” the 24-year-old Brazilian recalls.

That passion grew in her teenage years, especially when she was picked on and bullied by one of her male gym mates. However, Nunes maintained her composure, and continued to train in Muay Thai purely for training’s sake without any thoughts of revenge in her mind. 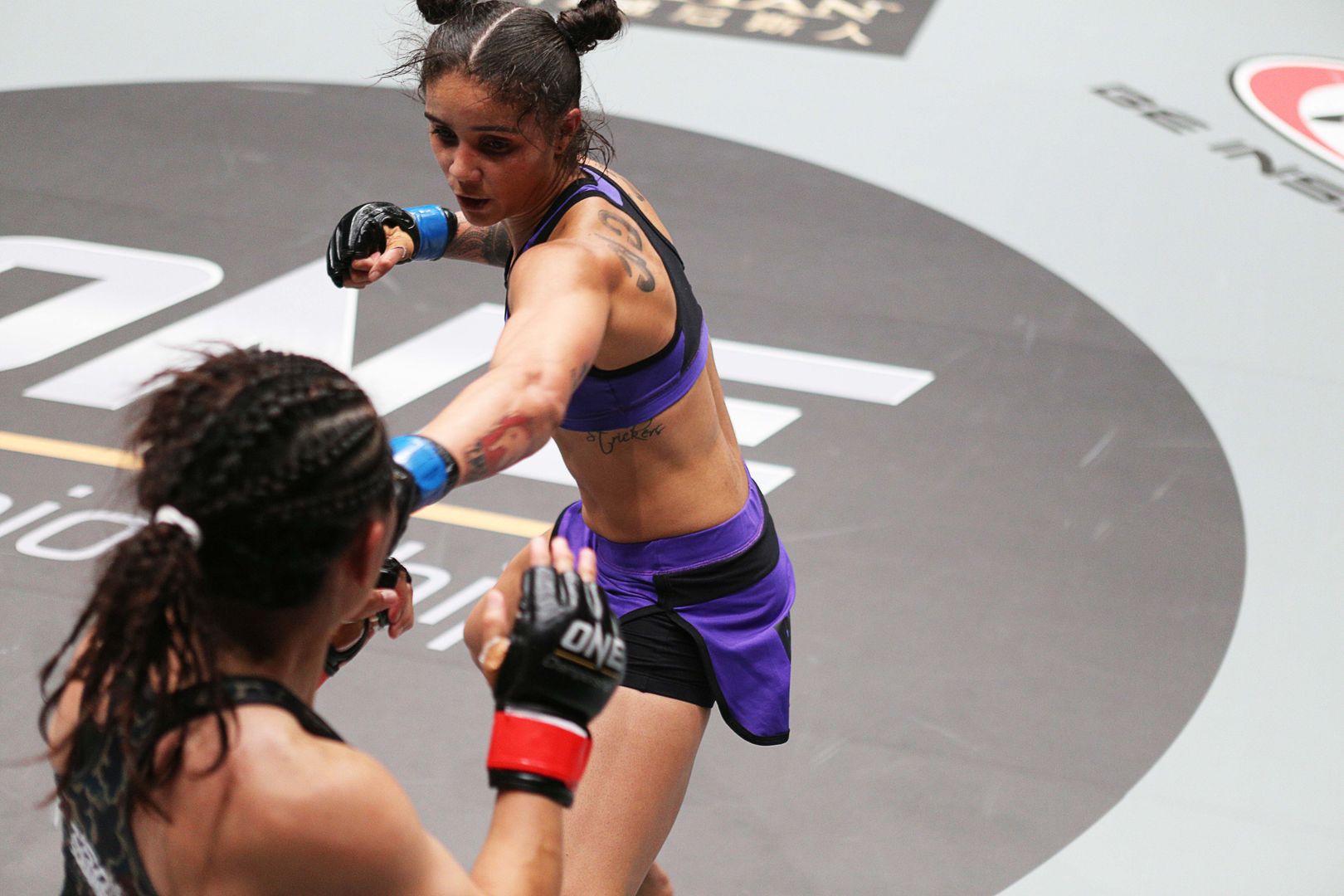 Instead, she used it as motivation to get better, ultimately getting the better of the bully in the gym, rather than on the streets. Three months later, Nunes stepped into the ring for her first professional bout, and fell in love with Muay Thai.

Nunes’ love for the “art of eight limbs” brought her all over the globe, and led to an incredibly successful career. The Rio De Janeiro native accumulated 52 victories and just four defeats in competition, capturing the WMF and WMO Muay Thai World Titles along the way.

She proudly proclaims: “I was the first Brazilian woman to become World Champion in Thailand.”

However, in order for her to acquire all of that prestige, she had to make some sacrifices. That meant lots of sleepless nights away from her loving family, and at times, a belly without any food.

“I spent a lot of time away from my family to sleep on mats, and to choose between eating lunch or dinner, because that is all I had,” she remembers. “I would be in the gym in the mornings, afternoons, and nights. Sometimes, it was not even the training session I should be at, but I would do it just to see if I would improve in some way.” 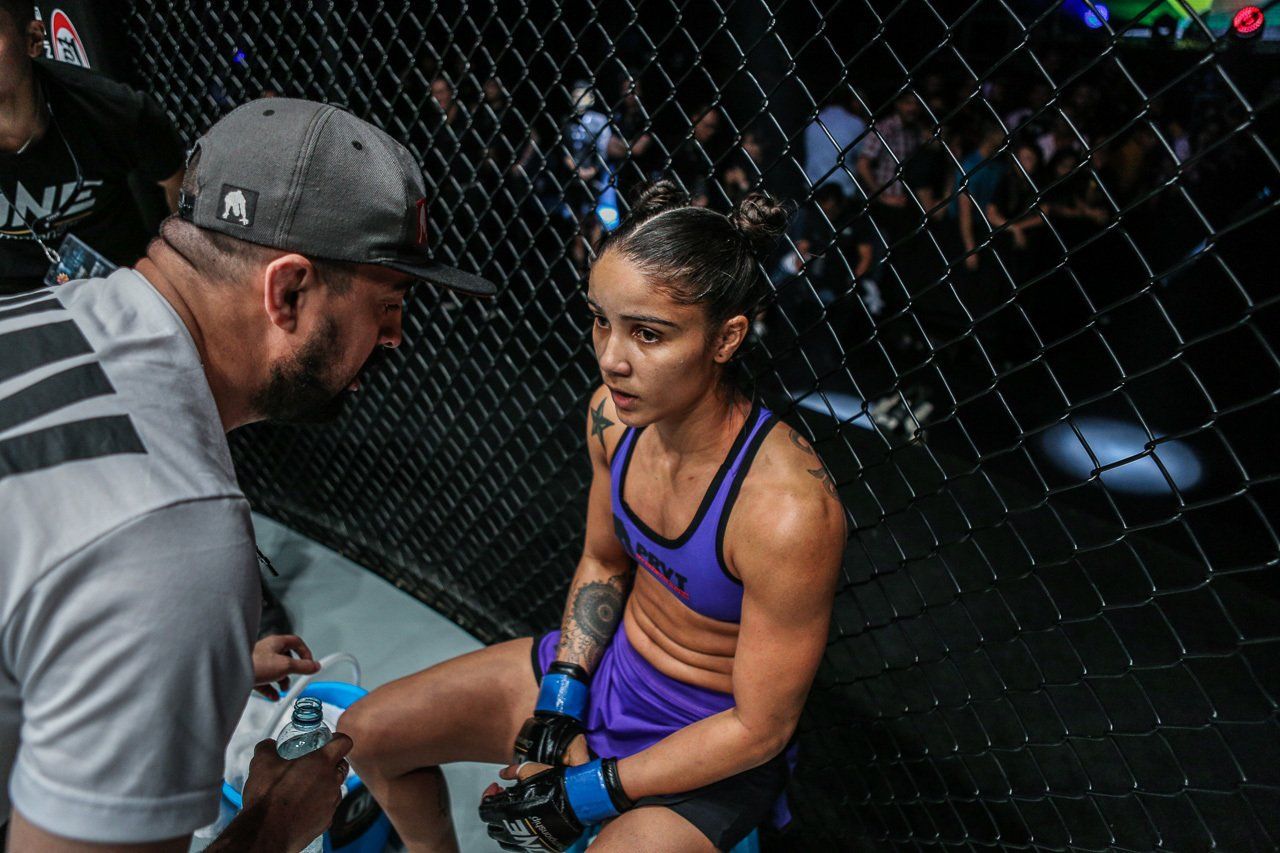 Although Nunes could always improve upon her skills, there was not much further she could go in her Muay Thai career. There was a lack of elite opponents in her country, so she opted for a complete career change. She worked a regular day job and kept her distance from the mats and competition. As far as Nunes was concerned, that was all in the past.

Five months into her new future as part of the nine-to-five work force, however, she was itching to get back into the gym and embark on a new challenge.

“I wanted to do something different, something that is a world apart from what I do, which is striking with Muay Thai,” she explains. “So I decided to train on the ground, and that is how I got into mixed martial arts.” 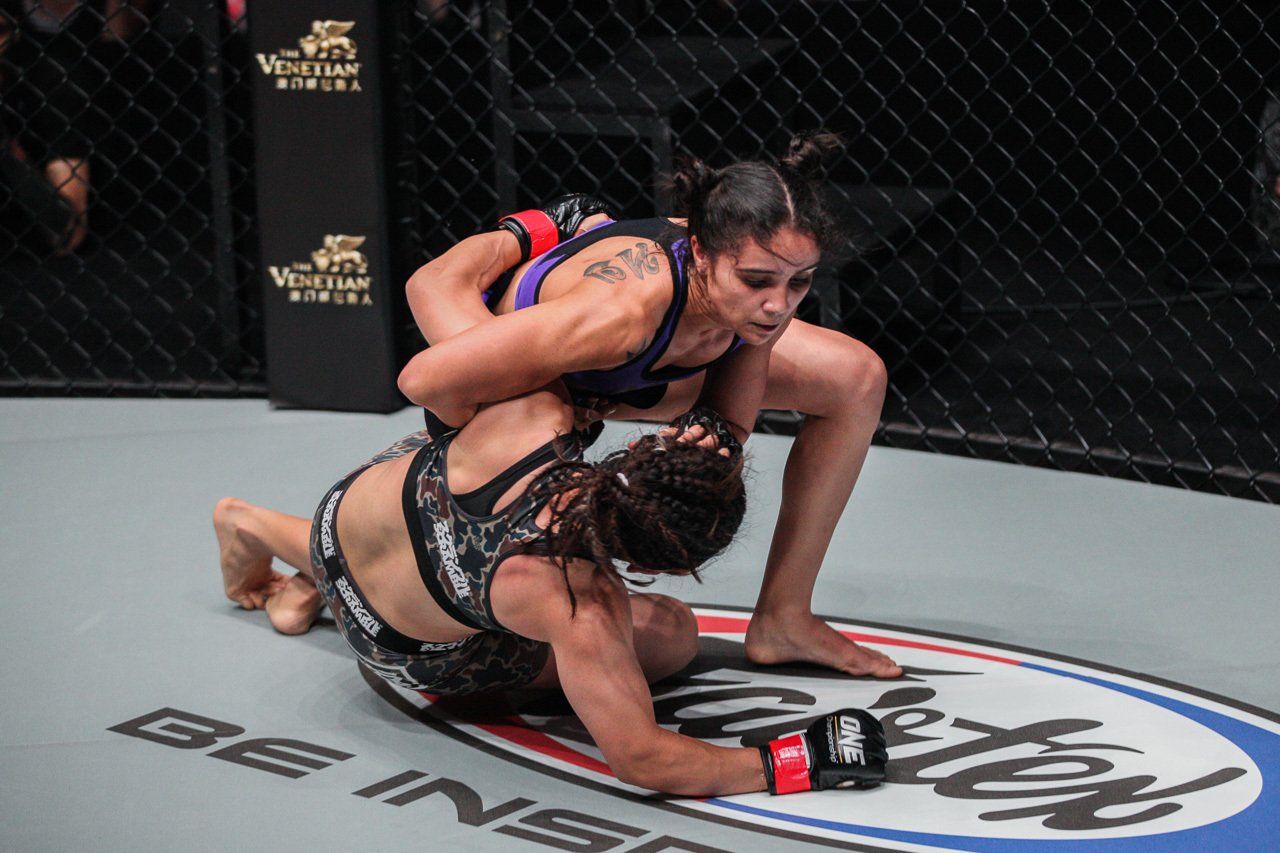 In 2015, Nunes relocated down south to Curitiba, where she started training in Brazilian jiu-jitsu, grappling, and other disciplines in anticipation of a career inside the cage. The Brazilian martial artist made her debut later that October, and has not looked back since, racking up a perfect 5-0, 1 NC professional record in the process.

Now she is on the brink of superstardom, and all of her successes would not be possible without the encouragement of her loudest fans of all, her family.

“My relationship with my family is great. We never had any conflicts,” she states. “There are mothers who do not accept their kids moving far away. My mother was the one who supported me [moving to Rio], because I did not want to come. Even with my brothers too. We do not fight about anything. They support me in everything.”

Even with the support, there is an extra sense of motivation heading into the main event title tilt with Lee at ONE: KINGS OF DESTINY. Though Nunes desperately wants to become the ONE Women’s Atomweight World Champion and influence a generation of dreamers, she mostly wants to dedicate the victory to the man who initially got her started on her martial arts journey: her father.

“I lost my father recently. Six months ago,” she says, somberly. “I think that this fight now will be for him. I cannot dedicate it anyone else.”