At 25 years old, Nou Srey Pov has already established herself as a name to watch in ONE Championship’s women’s atomweight division.

And while that triumphant debut in The Home Of Martial Arts marked a significant step forward in Srey Pov’s career, it also gave her another opportunity to continue changing her family’s life for the better. 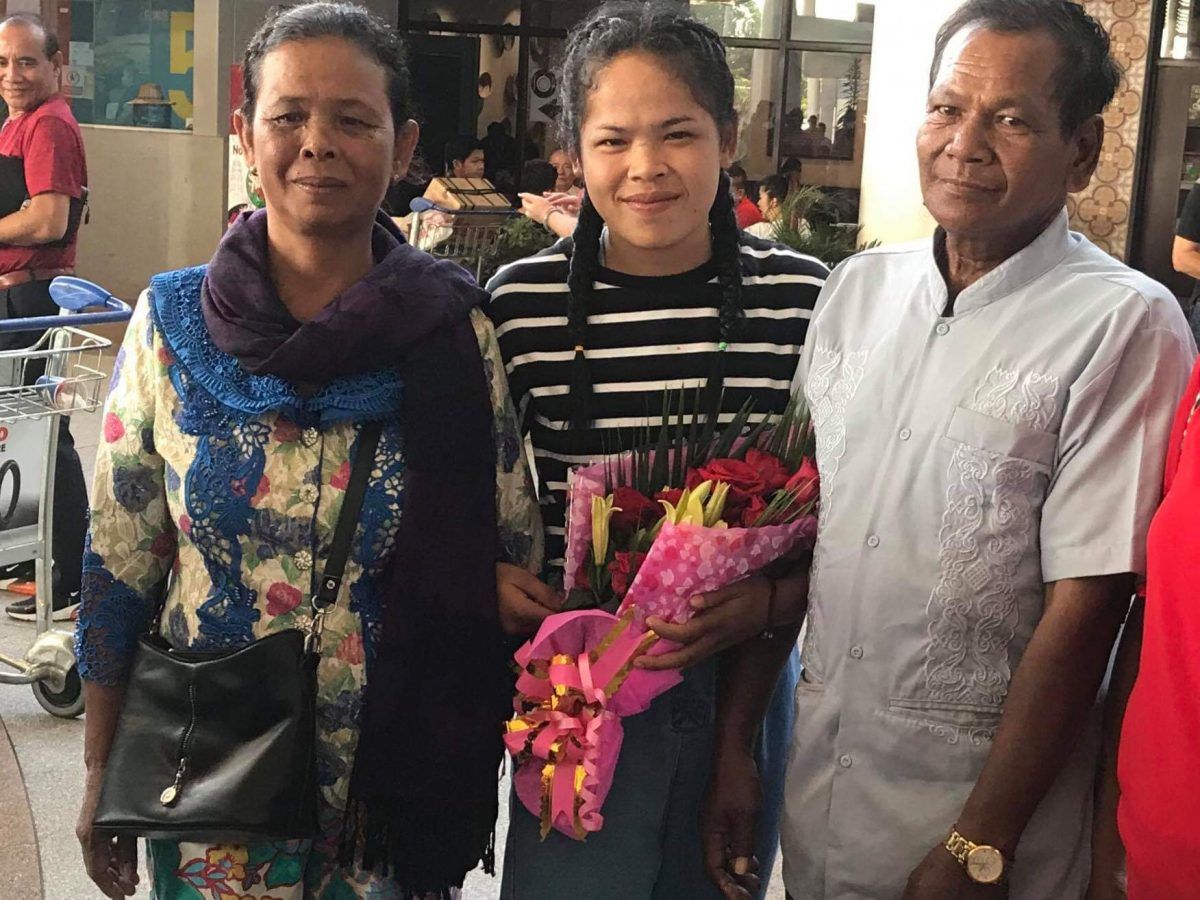 Srey Pov comes from a large family. She has four older sisters, two older brothers, and a young sister.

Although there were many kids in the household, she considered her early childhood to be “just like any others.” But as she grew older, things changed.

“I was happy, but I did not know what was going on with my family,” she says. “It was not until I grew up that I learned about the difficulties in my family.”

The family, which lived in a rough area of Phnom Penh, relied on farming and fish vending to get by, but life became even more difficult when the family patriarch began having health issues six years ago. Her dad started experiencing gastrointestinal bleeding, and then he suffered a stroke.

“The biggest challenge was when my father became seriously ill,” the Cambodian striker says.

As a result, Srey Pov put aside her personal goals to help support those who had raised her.

“I stopped studying during that time and started working as a garment worker to be able to earn money and provide for my family,” she says. “During that time, no one helped us. It was just my family and me trying to survive.” 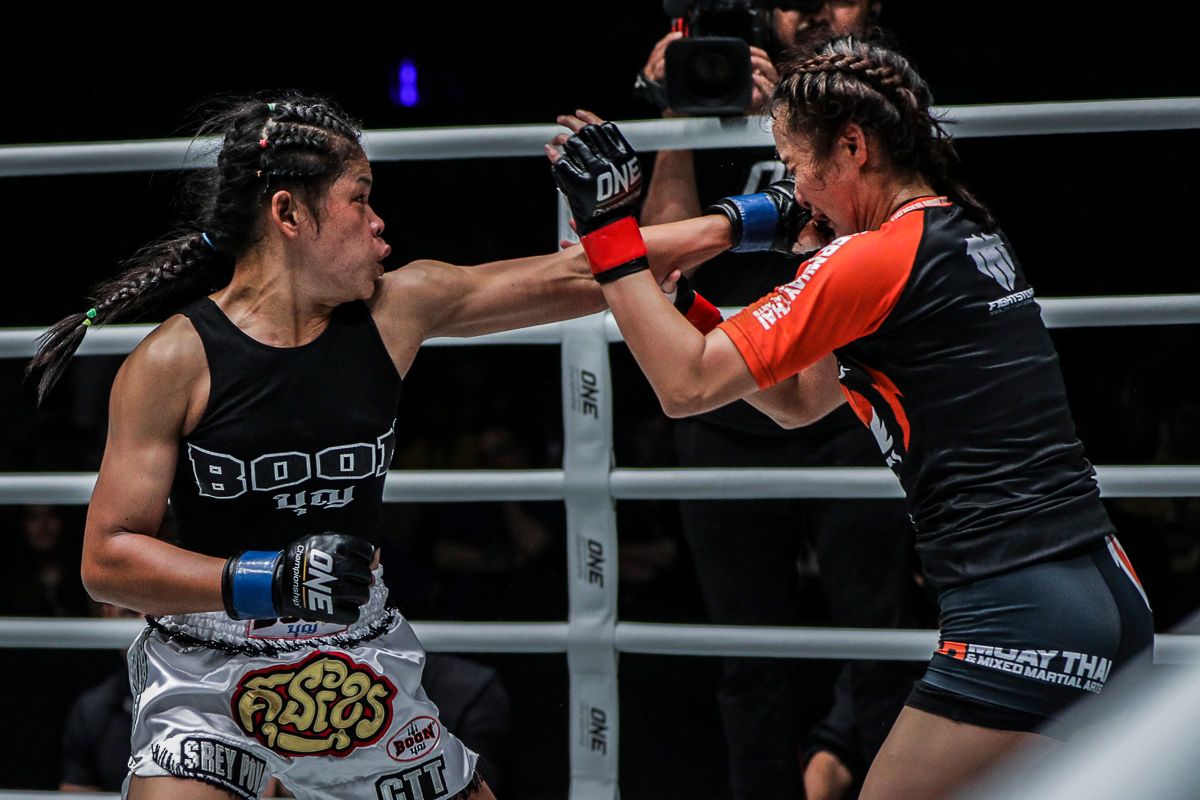 Srey Pov was determined to support her parents, but she was not entirely thrilled with her career path.

Life in the garment factory was tough, and after more than a year of work, she walked away. It was then when she turned to martial arts – a decision that was also inspired by her family.

“I discovered fighting because of my brother, who is also a fighter,” the Phnom Penh native says. “I saw him training, and I started to watch his fights. But it was my father who motivated me to train and fight.”

Srey Pov began studying Kun Khmer, and despite some early doubts, she was committed to her passion.

“Sometimes I wanted to give up because I had no opponents to fight,” she says. “But I told myself, ‘I must accomplish something, and I won’t give up until I do.'”

Little did the young Cambodian know that she would accomplish far more than just “something.”

The prodigious talent quickly made a name for herself. She began her career with an undefeated streak, and then she put together an astonishing 91-8-2 professional record in Kun Khmer.

Her impressive resume also includes winning a Kun Khmer World Title, competing in the World Lethwei Championship, which named her the “Female Fighter Of The Year” in 2018, and then representing her nation in boxing at the 2019 Southeast Asian Games.

In February 2019, all of Srey Pov’s hard work paid off as she made her debut in ONE Championship.

It could not have gone much better, as the rising star earned a unanimous decision victory over Ishige by displaying the powerful striking that had made her a Kun Khmer World Champion.

However, things have not gotten easier for Srey Pov’s parents.

To this day, her father requires around-the-clock care, as he now has throat issues and still experiences bouts of gastrointestinal bleeding. His condition cannot be cured and he must go to the hospital for monthly check-ups.

Also, in recent years, her mother’s health has been deteriorating. The family matriarch is unable to work, but she is able to stay at home and take care of her grandchildren.

Despite the tough obstacles, Srey Pov has become a rock for her family. And by competing on the global stage, she has been able to support her parents and chase her dreams.

“ONE has helped me to change my life a lot, both in terms of my popularity and my income,” she states.

“People recognize me a lot more after my [ONE Championship] debut, and I am also able to earn more money for each fight, which means I can keep helping my family.

“I know it is difficult [to achieve my goals], and I don’t know if I will be able to do it or not. But I will keep trying.”

Read more: From Parents To Kind Strangers, ONE Stars Look Up To These Heroes