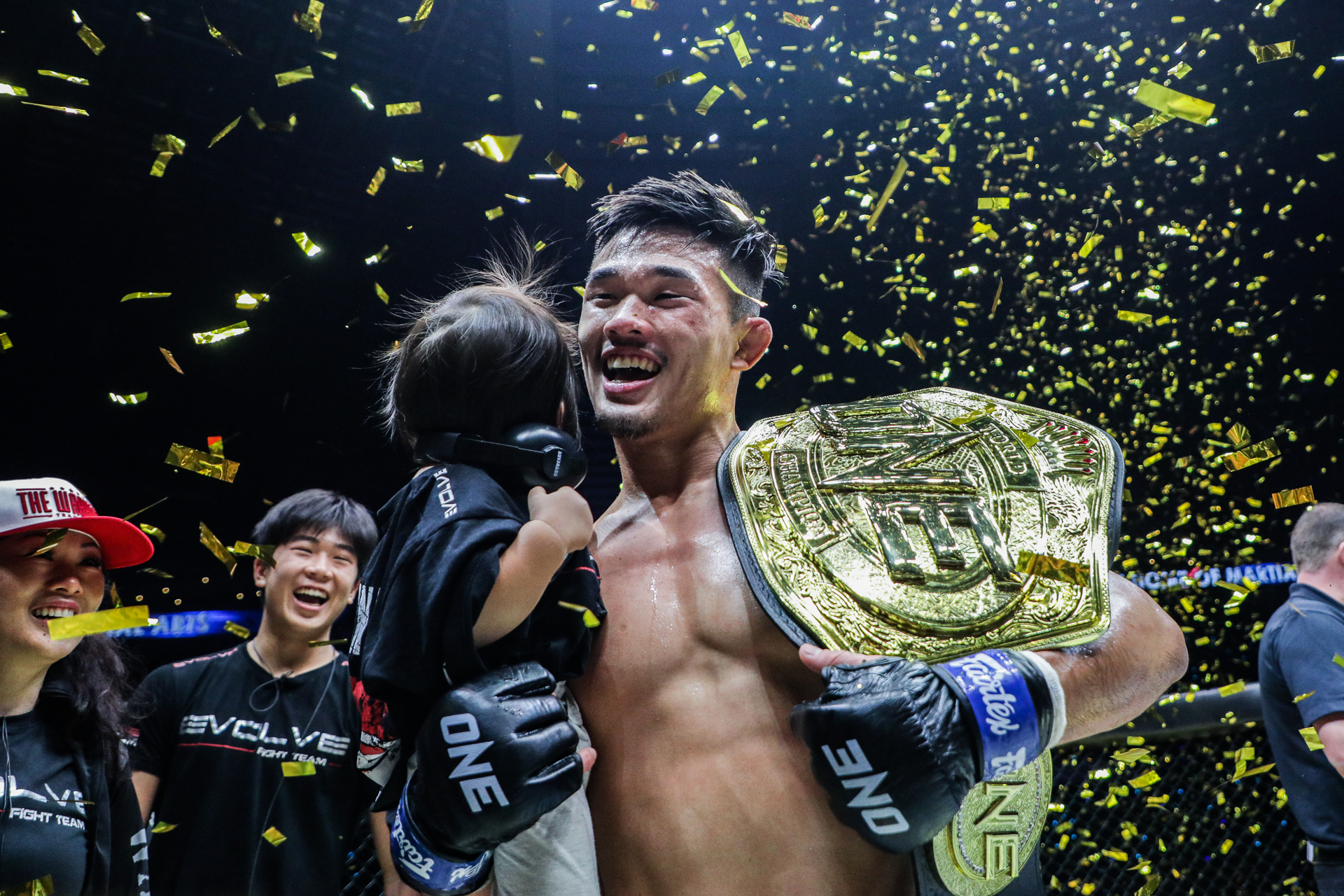 Christian Lee took back the ONE Lightweight World Title with a spectacular victory in his rematch with Ok Rae Yoon.

Now, he’s scoping out the rest of the division for his next potential opponent.

“The Warrior” scored a second-round KO in the main event of ONE 160 on August 26, and after reclaiming the throne, it won’t be long before a new challenger emerges.

Of course, there are already some key lightweight MMA battles booked for the coming months, as well as veteran stars who are still hoping for a shot at the gold.

Here, Lee shares his thoughts on the current divisional landscape and which athletes he expects to square off against in the not-so-distant future.

Fifth-ranked lightweight contender Saygid Izagakhmaev will return against Zhang Lipeng at ONE 161 on Thursday, September 29, and Lee believes another dominant win could push him into the division’s upper echelon.

However, “The Warrior” still doesn’t feel that a victory over the Chinese star would be enough to secure a World Title shot.

He thinks the Russian phenom with a 20-2 MMA record needs to overcome a top contender in order to separate from the pack and establish himself as the next challenger.

“I think Saygid is going to win that fight. Lipeng, he’s a veteran of the sport, but I think Saygid brings a special skill set to the division. I think it’s going to take someone special to really stop his run, and I see him working his way up to a title shot real soon.

“Saygid has fought once in ONE Championship (submitting James Nakashima). Even though he’s got a good record outside of ONE, this will be another fight against somebody outside of the rankings, and I feel like there’s a ranking for reason. It really shows who’s the top five in the division.

“So, I think that there’s a good chance that he’s going to win that fight, and then I’d like to see him fight anyone in the top five, which would definitely give him a shot at the title.”

“The Warrior” met #2-ranked Dagi Arslanaliev in the ONE Lightweight World Grand Prix Championship Final back in 2019, defeating the Turkish sensation by unanimous decision.

To date, Arslanaliev remains the only opponent that Lee hasn’t finished in victory.

With that in mind, the Singaporean-American would be determined to earn a stoppage if they run it back.

“Dagi is a very tough competitor. He’s a finisher like me. But, going into that [Grand Prix Championship Final] in Tokyo, I took the fight on less than ten days’ notice. I basically just signed the contract and hopped right onto the plane for the fight with not much training. If I had a full fight camp, I definitely would have finished him that night. And if we ever face [off] again, I feel that I will finish him.

“He’s another talented, dangerous fighter. But maybe one more fight for him would get him a title shot, too. He’s had one fight back – an impressive win over Timofey [Nastyhukin] – but he hasn’t been too active. Maybe you put [him against Izagakhmaev], and the winner of that will be ready for the title shot.”

Russian slugger Timofey Nastyukhin has been a perennial contender in the lightweight MMA division – even challenging Lee for the belt in April 2021 – but he’s now in the midst of a two-fight skid.

Still, if he can bounce back against unbeaten promotional newcomer Halil Amir at ONE on Prime Video 2 on Friday, September 30, he would be right back in the mix.

And for his part, “The Warrior” expects his past rival to get the job done.

“Before Timofey and I fought, he was the next guy in line. In my opinion, he was the #1 contender at the time after being on a streak of wins, so I think he’s definitely still among the best lightweight fighters in the division.

“I think that if Timofey brings his A-game, if he comes in focused, he’s going to have a good fight. I think he’s going to win that one.”

Eddie Alvarez stepped into ONE Championship as one of the most revered lightweight MMA stars of all time, but he’s struggled to gain momentum in the promotion.

Still, given everything he’s achieved – including four World Titles – Alvarez would be an enticing opponent for Lee if he can push himself into the divisional rankings.

“I’m not sure when he’s going to fight next. But hopefully, the next time we see him in there, it’s to get himself in line for a shot.”