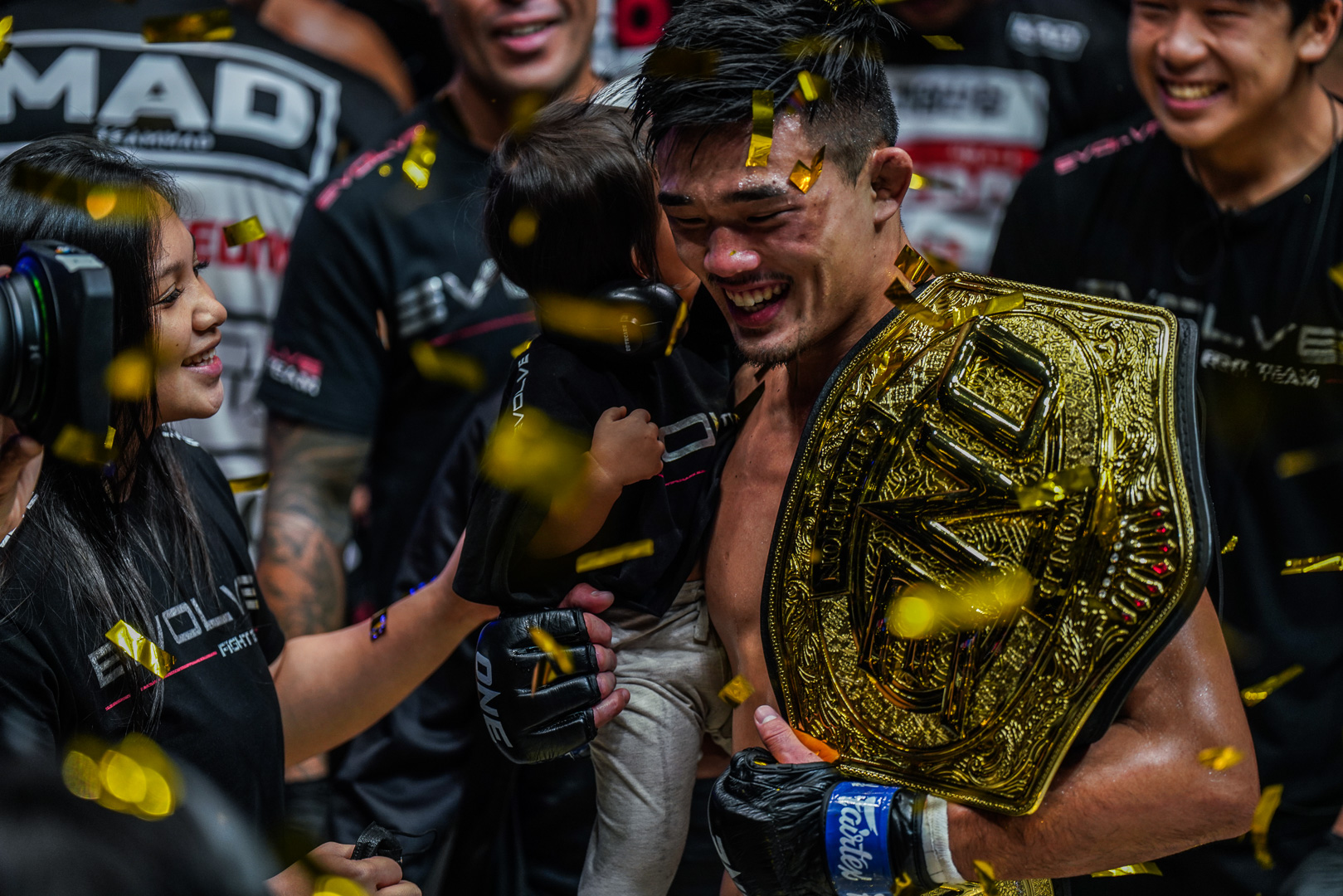 Christian Lee promised to leave no doubt about his status as the true king of the lightweight division when his rematch with Ok Rae Yoon went down, and his stunning performance in the ONE 160 main event backed up that sentiment.

In stark contrast to their closely fought battle last September, “The Warrior” shellacked his South Korean rival to reclaim the ONE Lightweight World Title via second-round TKO on Friday, August 26.

Although Ok was the first to land with a stiff jab-cross when the bout got underway inside the Singapore Indoor Stadium, it didn’t take long for Lee to hit his stride. The United MMA and Evolve MMA representative snapped Ok’s head back with jabs of his own while slamming thunderous low kicks into his legs.

The World Champion darted in with his trademark right hand, but “The Warrior” ate each shot and fired back with venom. Lee’s overhand right sent Ok to the canvas twice, but the durable Team Mad fighter managed to find his feet on both occasions.

Lee refused to let up, however, and he continued to drill his foe with punches and knees against the Circle Wall until the end of the opening frame.

Ok looked to have his senses restored at the start of round two, and he scored with quick right hands and some solid jabs. But Lee was brimming with confidence from the first stanza and seemed determined to take the win home.

A superman punch followed by a low kick surprised the South Korean, and then another looping right hand dropped him to the mat.

This time, there was no coming back. Lee immediately went to work with a barrage of punishing knees that forced the referee to call a stop to the contest just one minute into round two.

The Singaporean-American superstar is now back where he belongs, at top of the division, and this win pushes his record to 16-4 with a mind-blowing 15 finishes.

Along with reclaiming the strap, Lee earned himself a US$50,000 performance bonus from ONE Chairman and CEO Chatri Sityodtong.

“I thought I won the last fight at 50 percent. This is me at 100 percent. I knew that the training and hard work I put in was going to be enough to get it done.”