The main-event clash between Aung La “The Burmese Python” N Sang and Ken Hasegawa was unforgettable.

On 29 June at ONE: SPIRIT OF A WARRIOR, the two athletes put on a pair of incredible performances that made for one of the greatest contests – if not the greatest – in ONE Championship history.

The middleweight superheroes threw everything they had at each other in Yangon, Myanmar’s Thuwunna Indoor Stadium, but after more than 23 minutes of awesome action, Aung La N Sang ended the match with a dramatic fifth-round knockout to retain his ONE Middleweight World Title.

It took a Herculean display of skill and determination to prevail from what was undoubtedly an exhausting encounter, but the two-division ONE World Champion is already preparing for his next challenge.

He talks about that matchup, his historic bout with Hasegawa, and much more, in this exclusive interview. ONE Championship: Were you happy you put on a show for five rounds like you wanted?

Aung La N Sang: Yes, for sure. I was happy that he came to fight and it was a fun fight. One of us was going to get knocked out. We went there to fight and put on a show.

ONE: After the bout, you said you were not happy with your performance – why not?

ALNS: I didn’t feel 100 percent alert or on point. Maybe I was still a little jet-lagged. But, in a fight, it’s very rare that you’re 100 percent. I just felt a little sluggish. ONE: Is that why it took until round five to finish Hasegawa?

ALNS: He is tough too, but you cannot say for certain. I felt a little sluggish, and his awkward style threw my game off a bit, for sure.

People usually back up a little bit when I hit them, but he didn’t. He stayed in there. It made for a good fight and I was very happy that he came to fight.

ONE: Was there a turning point when you thought you might be coming close to a finish?

ALNS: When I threw that left hook I thought, ‘This hook is landing and I’m hitting him really hard.’ It was across the temple above his eye. 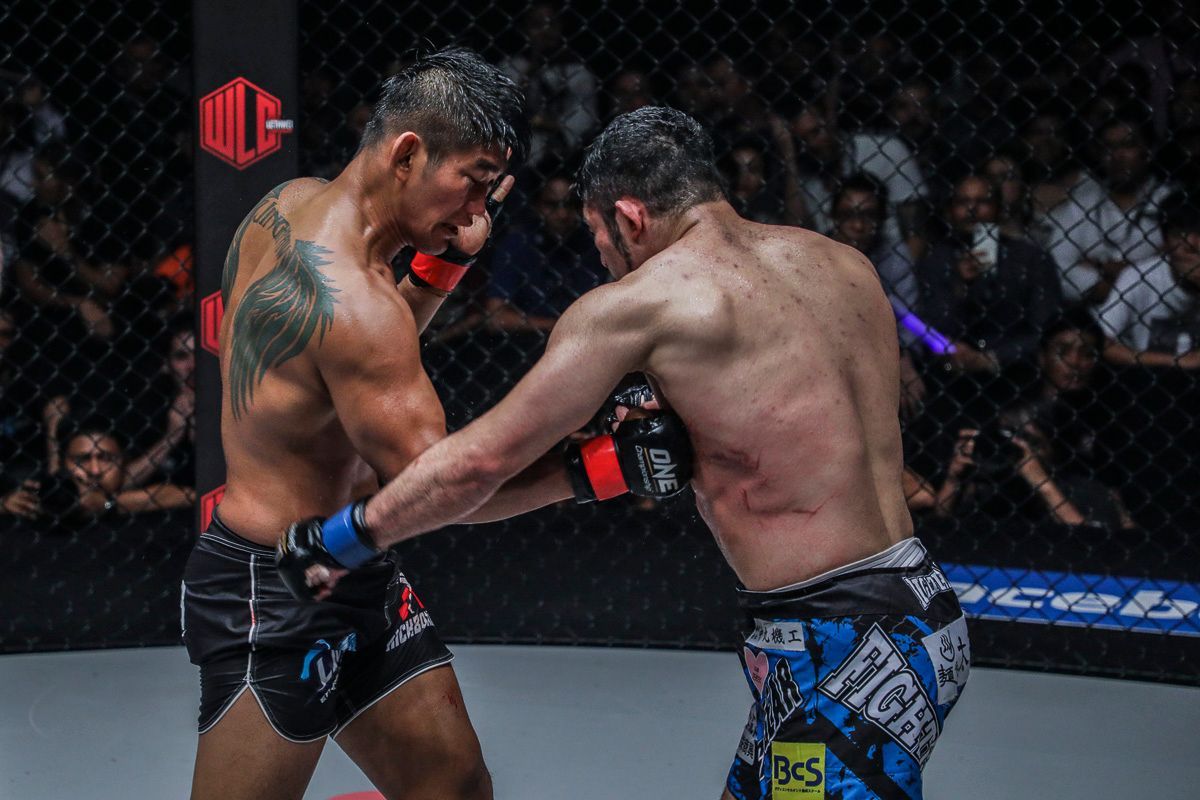 ONE: Do you think it was your best bout – and maybe the best in ONE history?

ALNS: This was a good fight, because the knockout came in the fifth round, and it’s not like we weren’t trying to knock each other out. In that sense, it was a fighter’s fight, and an exciting fight.

We both came to fight – he’s durable and I’m pretty durable as well, and it ended with a knockout. Everybody likes to see a fistfight. I don’t know how you rate things like that, but for me, it was a fun fight, and I like fun fights.

ONE: What kind of reception did you get from the Myanmar fans in the aftermath?

ALNS: They were making funny memes of me before the bout – about finishing the fight fast. They were putting me on memes saying, ‘I’m here for a fight, not to shoot a Bollywood movie.’

After the fight, I made a reference to it, asking if they liked that Bollywood movie. It got a laugh.

ONE: What did you say to Hasegawa when you met him the next day in the hotel?

ALNS: You know what’s funny? After a fight, you can’t really sleep right away. At 3am, he sent me a Facebook friend request. I confirmed it and we messaged each other, and thanked each other for a great fight.

I said, ‘Man, why did you do this to my face?’ Then, he sent a picture of his face! I wanted to make sure he was okay, and he was in the hospital getting stitched up.

ONE: Did the bout take a toll on you, physically?

ALNS: Seriously, you wouldn’t know I was in a fight. Everything is superficial.

I’m back in training. I’m 100 percent. After a five-round fight, you feel really banged-up, but in this fight, everything was on my face. I pretty much defended all his punches with my face.

My knuckles don’t hurt, my shins don’t hurt – I feel good. After all the swelling was gone, I don’t feel banged up at all. I wanted to go straight back to sparring. My coaches were against that, but I was wrestling with my crew, back in there.

ONE: Do you think fans will see a rematch?

ALNS: Sure. We make money putting on fights, so why not? It’s hard to tell though, because in mixed martial arts, you have so many other fighters.

Bigdash thought he was going to fight me again, but he lost to Ataides. There are so many variables. It might never happen, but if it happens, I’m okay with it. I’d welcome it. I guess I’m going to fight Ataides next, but we’ll see.

ONE: What did you think of Ataides’ TKO of Bigdash? 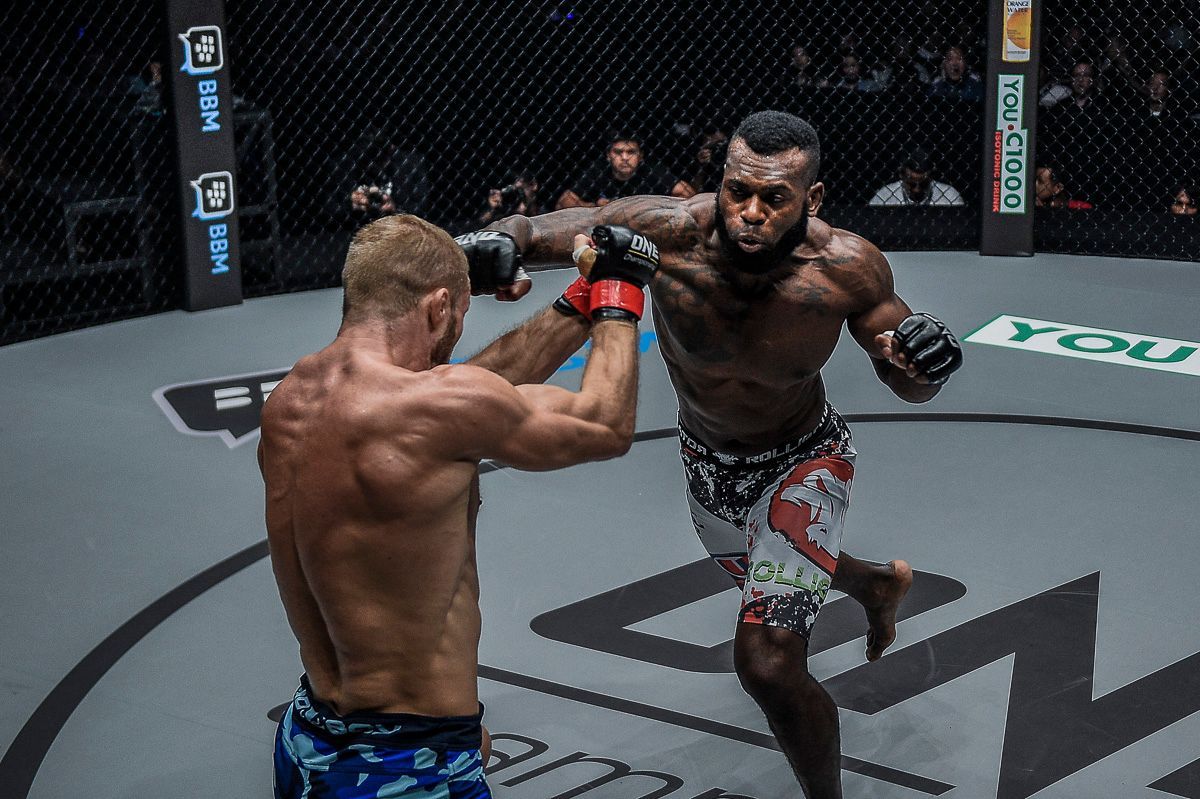 ONE: Are you looking forward to that challenge?

ALNS: It’s a dangerous fight. He’s explosive, and he’s got a lot of power. It’s a good fight, but I believe I’m a bad match-up for him. I have too much pressure for him, but we’ll see.

ONE: When and where would you like to return to action?

If they put me in Yangon, that’s fine, but I would love to fight somewhere else, because there’s a lot of pressure fighting on your home turf.

I was the only Burmese fighter on that card – apart from two Burmese who were fighting each other. It’s a lot of pressure on you.

ONE: What was the best part of coming home after a long training camp and tough contest?

ALNS: Family is the biggest thing. It’s the best thing seeing your kid smile and being there with your wife – your best friend.

ONE: How did they react when they saw the injuries on your face when you came home?

ALNS: I had my glasses on, and my son was excited to see me, but when I lifted them up, he stopped hugging me! He was in shock. My wife doesn’t care. She knows about it and does jiu-jitsu.