Aung La N Sang’s morale is at an all-time high.

“The Burmese Python” is riding a three-bout win streak, holds a pair of ONE World Championship titles, and is making strides in his martial arts evolution.

In just a few weeks, he will finally get the opportunity to defend one of his world title belts and showcase the strides he has been making in the gym. On Friday, 29 January, he will put his ONE Middleweight World Championship on the line for the first time against DEEP Openweight Champion Ken Hasegawa in the main event of ONE: SPIRIT OF A WARRIOR. The event broadcasts live from the Thuwunna Indoor Stadium in Yangon, Myanmar.

Aung La N Sang, who is preparing at Hard Knocks 365 in South Florida, is beaming with confidence ahead of the event.

“Everything is feeling sharp and on point. I feel strong, my training camp is going great, and I have really good training partners.

“There is nothing Ken can do that I have not seen in training, and I am going to be able to deal with everything he throws at me. I am feeling confident, and I am ready to put on a good show.” 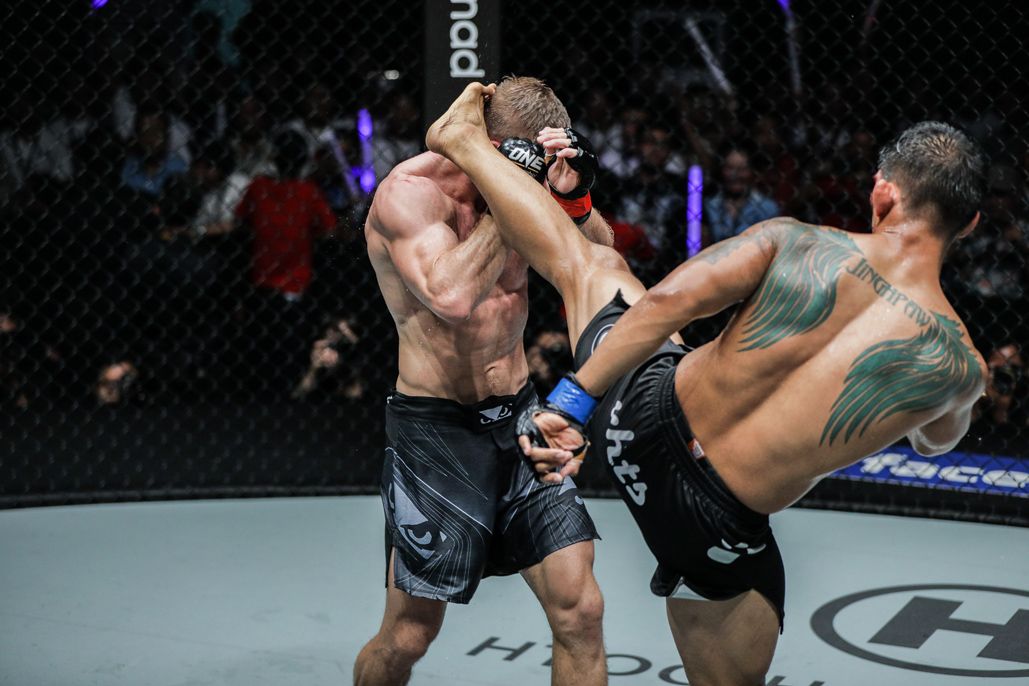 If he can match the standard of his recent showings, the double-champion will be sure to bring the house down in his homeland yet again.

In June 2017, he defeated previously-unbeaten titleholder Vitaly Bigdash in a five-round affair to capture the ONE Middleweight World Championship and become the first world champion from Myanmar in sporting history.

The Yangon hero followed that last November with a first-round submission victory over Alain Ngalani in ONE Championship’s first Open Weight Super-Bout.

Most recently, in February, he knocked out Alexandre Machado in a record-setting 56 seconds to capture the vacant ONE Light Heavyweight World Championship.

Despite showing his finishing skills with the fastest stoppage victory in the history of the organization’s light heavyweight division, Aung La N Sang guarantees his upcoming bout with Hasegawa will not be so brief.

“I am going to make it a long fight because that is what the Burmese people want,” he says.

Of course, “The Burmese Python” is forecasting a five-round bout not just to entertain his fans — he is well aware of the danger his opponent poses.

The Japanese 31-year-old is a well-rounded martial artist who is revered for his judo expertise. He is a DEEP Openweight Champion, having primarily competed in open weight bouts before moving down to compete at his natural weight.

The challenger owns an outstanding professional record of 16-2-1, with six victories coming via knockout, and another four via submission. He is also regarded as number one middleweight athlete on the Japanese scene.

Despite those credentials, Aung La N Sang is confident he can decisively beat Hasegawa and put on one of the best performances of his career.

“Ken is a tough fighter. He has good judo, good takedown skills, he can take punishment, and he can impose his game plan,” the Myanmar icon explains.

“The difficulty of fighting a guy like him is his awkwardness. Japanese fighters have awkward stances. That being said, I can [dominate] for 25 minutes. That is not a problem.

“Performing and putting on a show for the fans is what is most important to me, and I am very excited I am going to get to do that.”

Aung La N Sang has always believed in his talent and ability, and now his confidence has now reached new heights. If he can defeat Hasegawa in spectacular fashion, as he intends, then he will have the ultimate validation.