Only a handful of martial artists from Norway have had the opportunity to shine on the world stage, but Anne “Ninja” Line Hogstad’s hard work, dedication, and success have taken her to the highest level.

She will become the first person from her homeland to compete in the world’s largest martial arts organization when she takes on Alma Juniku at ONE: FIRE AND FURY in Manila, Philippines, on Friday, 31 January.

Ahead of that ONE Super Series Muay Thai match-up, the 32-year-old reveals how she pursued her passion and overcame the barriers to become a World Champion.

Hogstad was born in Bergen on Norway’s west coast, but due to her father’s work in the Finnish army, the family – with older brother Lars Ole and younger sister Martine – moved between towns when she was growing up.

“My father was working in the army, so in my first five or six years, we moved from Bergen to Tromsø, and then a town called Horten because they had the army bases there,” she explains.

“We stayed for a long time in Horten, but then my mother and father got divorced. I stayed mostly with my mom, and spent some time in Oslo when my dad moved there because it is the capital and all the shopping is there!”

“Ninja Line” remained close to both of her parents, but her mother was the one that gave her a sense of adventure and sporting prowess, as she was a keen athlete and traveler.

“I’m a lot like my mother. She has danced and done aerobics for around 30 years, and me, my mom, and my brother did gymnastics together for many years,” she reveals.

“We also liked extreme sports. She came with me on class trips to the mountains, and she would be the first to do the big jumps. She loves it, we are just the same!”

Hogstad’s love for pushing herself physically saw her begin a new journey when her brother introduced her to sport jiu-jitsu. Though she was a relatively late starter aged 20, a lifetime of gymnastics training helped her to progress quickly.

“I was very tired of gymnastics. It can be quite hard and the groups of girls can be quite mean to each other, so I just wanted to try something new,” she says.

“My big brother introduced me to sport jiu-jitsu, and we did that together for about a year, then I started to compete. He was happy with his orange belt, but I enjoyed competition and the feeling of the adrenaline rush.”

The 32-year-old knew she had found her calling in martial arts, and even signed up to a martial arts reality show called Norway’s Best Fighter. Hogstad was relatively inexperienced compared to some of the other participants, but she was confident.

“I didn’t have the skills to be in the competition, but I had a big mouth. Another girl dropped out because of an injury, and then I was on a plane to Thailand with some of the country’s best martial artists,” she says.

However, she was defeated by a Muay Thai stylist, and that piqued her interest in “the art of eight limbs.”

“I lost to a Muay Thai fighter, but I was so disappointed in myself. I was a bit embarrassed,” Hogstad adds.

“My mother said to me, ‘Maybe you’re not a full-contact fighter? Maybe you should stick to the semi-contact?’ I was so [annoyed] at that sentence. It made me think, ‘Okay, I’m going to prove you wrong!’”

A Move Closer To Her Dreams

The setback motivated Hogstad, and she immediately realized that she needed to make a drastic change if she was going to succeed in martial arts.

She was more engaged in the striking elements of her sport jiu-jitsu training, and her gymnastic flexibility lent itself well to the stand-up game. After feeling the strength of the discipline first-hand, she decided to put her focus into Muay Thai.

She found a local gym in Kristiansand – where she had moved with her brother – and trained there for a couple of years, but she knew she would have to head back to the capital if she wanted to reach the highest level.

“At around 24, I moved to Oslo to Frontline Muay Thai to get more fights,” says “Ninja Line.”

“In the capital, there are more gyms, more opportunities, and they know more people, so when I moved to Frontline, that is when it opened up for me.”

She settled immediately at her new gym. She had found people committed to the same path, and never looked back.

“You just kind of get swept into it because you love it so much and you get addicted. We trained so hard and you get this respect for each other,” Hogstad offers. 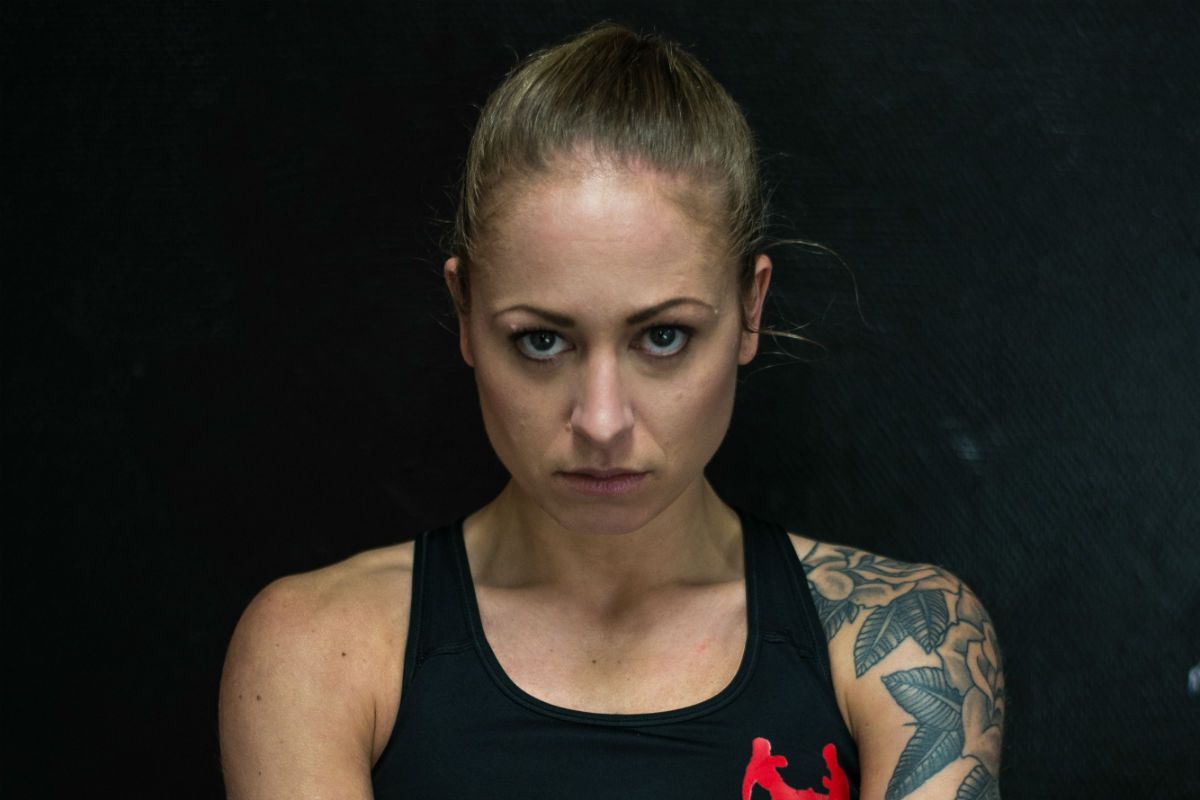 Though Oslo had more opportunities, the laws in her homeland meant that “Ninja Line” could still only compete as an amateur. To go pro, she had to travel abroad, and she sometimes found it hard to be matched.

Hogstad was undeterred and took it upon herself to contact potential opponents around the world and set up bouts that would take her to the top. Her determination paid off, and she went on to win two ISKA Muay Thai World Titles.

“It was difficult. I was searching on the internet and contacting people. I really worked hard to get those fights, and now I’m the one girl from Norway that finally made it on to this big stage,” she says.

Now Hogstad is ready to take another step up, but this time, she was recruited by ONE Championship matchmakers who chose her for her talent.

When she makes her promotional debut on 31 January, it will not just be a pivotal moment for her own career. She hopes that a good run in The Home Of Martial Arts will help to pave the way for the next generation of Norwegian athletes, and she cannot wait to get started.

“When ONE first contacted me I was speechless for a long time, and then I was just happy,” she adds.

“I hope this will make a good road for the other up-and-coming fighters in Norway.”

Read more: Alma Juniku’s Rise To The Top Is A Family Affair