Get set for BACK TO BACK weekends of action as ONE heads to Macao on 5 August! ????Macao | 5 August | TV: Check local listings for global broadcast | PPV: Official livestream at oneppv.com | Tickets: http://bit.ly/oneconquerors17

After a 17-month hiatus from martial arts to heal some agonizing injuries, Bali MMA’s Andrew Leone is finally back at 100 per cent. Now, the 27-year-old grappler believes he is ready to grab the torch and become the undisputed king of the bantamweight division.

On Saturday, 5 August, the American-born competitor will challenge reigning ONE Bantamweight World Champion, Bibiano “The Flash” Fernandes, for his title at ONE: KINGS & CONQUERORS. The event takes place at the Cotai Arena in Macao.

“In my mind,” the challenger begins, “I am going into this like he is passing the torch to me.”

Leone, who made his mixed martial arts debut in 2010, holds an impressive 8-2 professional record, and is unbeaten since joining ONE Championship back in 2013. After defeating Team Lakay’s Geje “Gravity” Eustaquio in his promotional debut, he followed up that performance with a pair of wins over tough opposition, including Shooto champions Shinichi Kojima and Koetsu Okazaki.

With those victories, he earned a chance to become the ONE Interim Flyweight World Champion. He was originally scheduled to meet former titleholder Adriano Moraes for the honor at ONE: HEROES OF THE WORLD in Macao last August, but two weeks before the show, Leone was forced to pull out of the bout.

As he was preparing at Bali MMA, the gym he co-owns with his brother Andrew on the beautiful shores of Indonesia, an accumulation of injuries had finally took their toll. Simply put, his body quit on him.

“I had a couple of herniated discs, and basically, at that point, a whole bunch of stuff happened and my legs went numb,” recalls Leone. “That was only two weeks before the fight, and I had my girlfriend holding out my legs. I was like, ‘Alright. This is it. I thought I was going to have to retire. I thought it was over.

“Fortunately, the universe gave me another opportunity.” 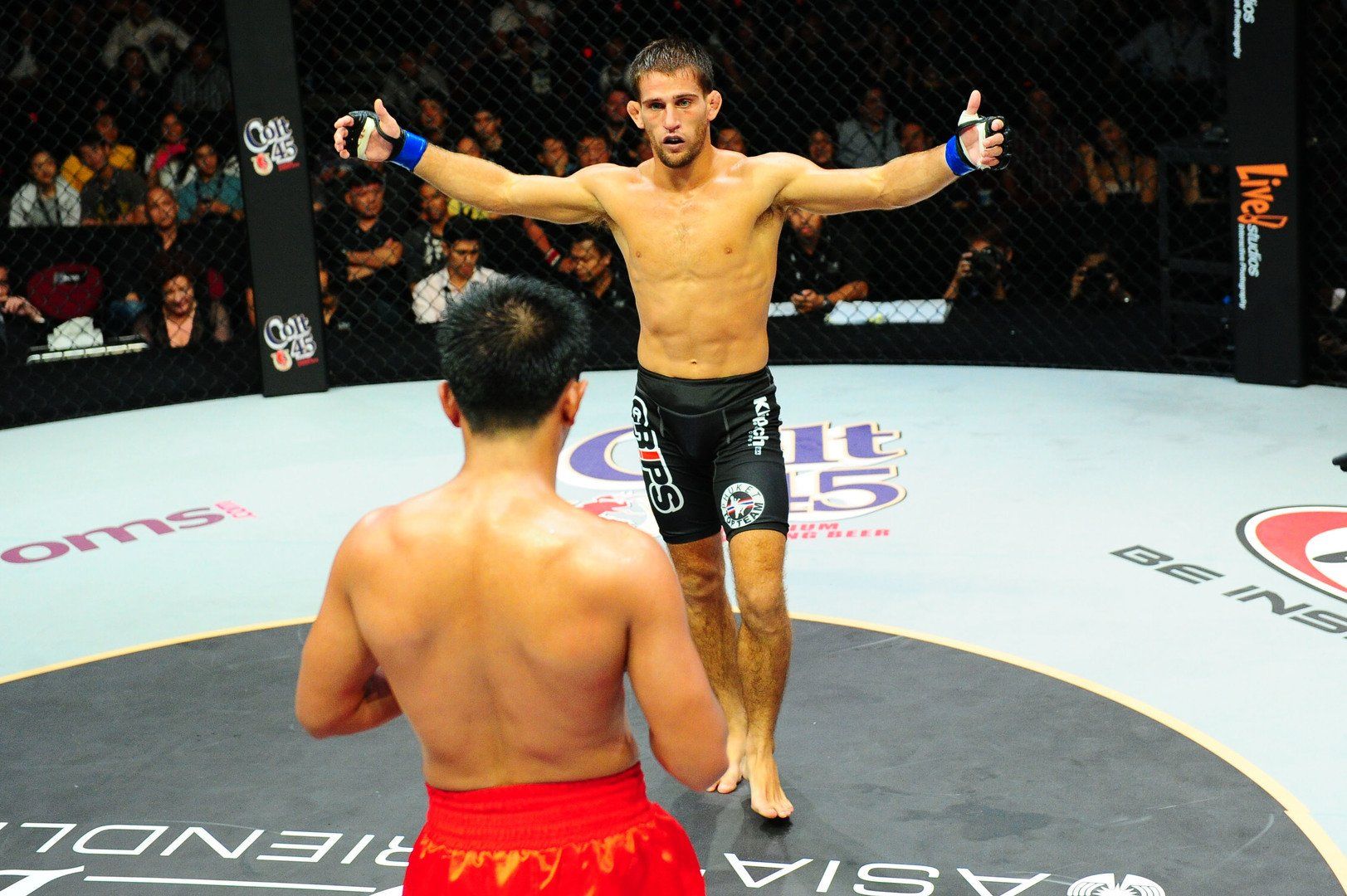 Following an extensive recovery, and plenty of yoga, Leone was able to set his body right. He was not waking up in pain anymore, and eventually he was able to get back on the mats, train with his team, and even surf again.

In the American’s return bout on 5 August, his first match in 17 months, he will challenge one of his personal martial arts heroes, Fernandes, for the prestigious ONE Bantamweight World Championship. Under those circumstances, it is quite the undertaking.

Fernandes has been nothing short of brilliant in his career. A five-time BJJ world champion with fierce striking ability, the Brazilian holds a professional record of 20-3, and has not lost a bout since 2010.

Most recently, the 37-year-old champion showed a little vulnerability when he encountered Australian sensation Reece “Lightning” McLaren at ONE: AGE OF DOMINATION this past December.

Despite being dominant with leg kicks and powerful right hands in the opening two stanzas, McLaren teed off on his Brazilian opponent and rocked him in the third round. Fernandes, who truly possesses the heart of a champion, maintained his composure, and was able to edge the Aussie out via split decision. 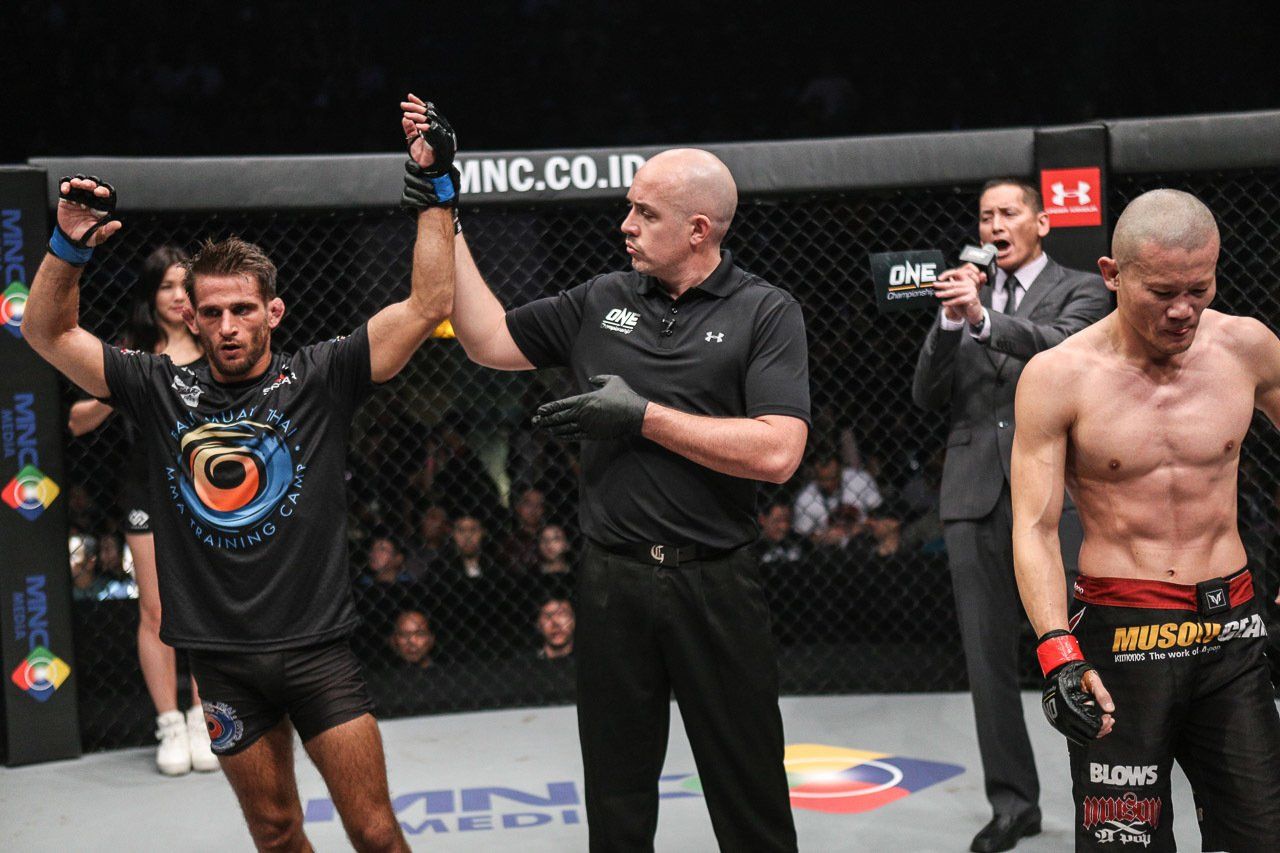 Over the years, Leone has studied Fernandes’ career very intently, and knows exactly where his talents lie.

“He is pretty-well rounded, but his strength is jiu-jitsu,” the American offers. “I think a lot of people are scared of his jiu-jitsu, so the thing about the takedown is it makes the striking more dangerous, because when you are worried about the takedown, your muscle memory in your hands are just dropping to get ready to create space for the takedown. So he is pretty well-rounded.”

Even though Fernandes is undoubtedly skilled, Leone has proven that he also is talented in every area of the game. He is a former collegiate wrestler who has been steadily improving his Muay Thai prowess, and holds a black belt rank in BJJ. In fact, he is a Pan-Asian Grappling Champion.

Now, along with his team at Bali MMA, he is confident in his quest to defeat Fernandes in Macao, take the belt, and carry the torch as the ONE Bantamweight World Champion.