Knockout king Amir Khan Ansari​ will look to dazzle with another stunning finish on 23 February.

Posted by ONE Championship on Saturday, February 3, 2018

Amir Khan (9-2) is on a tear, and surging towards a shot at the ONE Lightweight World Title.

The Singaporean star is in the midst of a rich vein of form, riding a six-bout win streak, with five of those wins coming inside the distance. Also, with seven KOs to his name, he owns the record for most knockouts in ONE Championship history.

Despite forging a well-deserved reputation as ONE Championship’s most prolific knockout artist, it is his most recent bout — a unanimous decision victory over battle-tested veteran Adrian “The Hunter” Pang at ONE: IMMORTAL PURSUIT last November — that may have made an even more compelling case for Khan’s championship caliber.

“I think that win over Adrian was really valuable to me, because it proves I can take control of a whole bout,” the 23-year-old says. 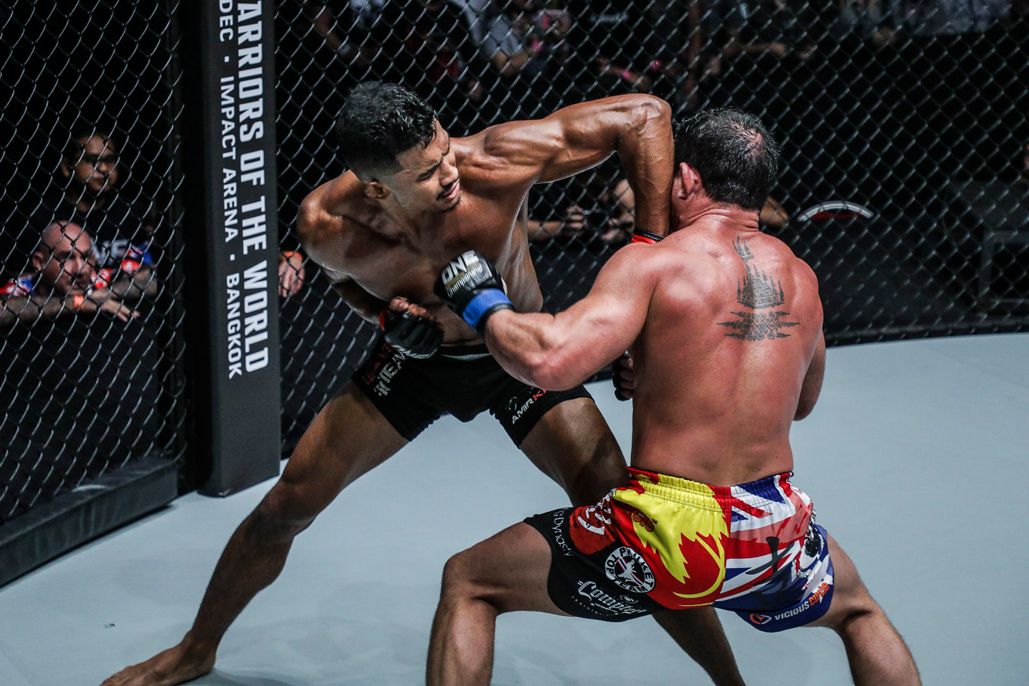 Khan’s performance in that victory proved his martial arts IQ matched his talent. He stuck strictly to a shrewd game plan that ensured he remained on top throughout the contest, without exposing himself to the unnecessary risk of getting caught by Pang’s heavy hands.

“We knew he was tough coming in, and we all knew he wanted to brawl,” he explains.

“So the game plan was we did not want to [compete on his terms]. I kept my range and picked my shots. I was not going to go chasing for the knockout, because if I did that and went chasing the KO, he would capitalize.”

The victory pushed Khan even closer to a shot at the ONE Lightweight World Title, currently held by two-division ONE World Champion Martin “The Situ-Asian” Nguyen.

Also, after scoring a string of stoppage wins, the Singaporean was happy to show a different side to his game. Indeed, he believes his case for a world title shot has never been stronger. 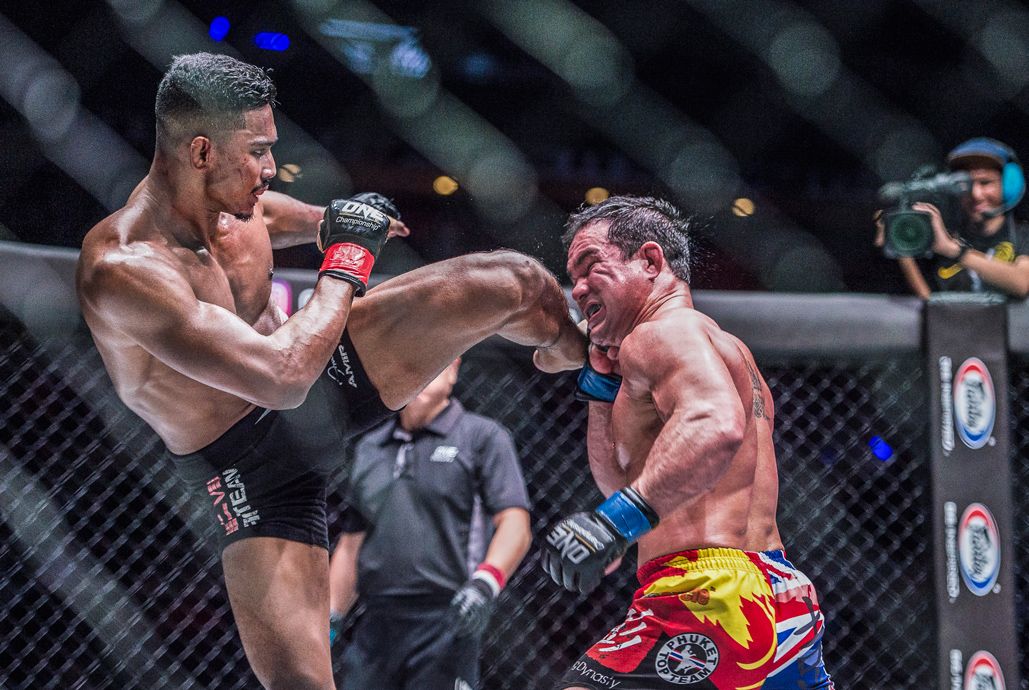 “It shows I am well-rounded,” he continues. “And it proves to people that I can hang with the top contenders, I can compete with them, and dominate them.”

Khan’s next bout sees him competing opposite fellow lightweight contender Timofey Nastyukhin (11-3) at ONE: QUEST FOR GOLD in Yangon, Myanmar on Friday, 23 February.

Nastyukhin is known as one of the most exciting athletes in the promotion’s lightweight division, and has only seen the scorecards once in his 14-bout martial arts career. It is a match-up that has fans and media members alike bristling in anticipation, and Khan said he was not at all shocked to receive the call to face the Russian contender.

“I did not have a big reaction when I got the call,” he admits. “I always scout potential opponents, and was not surprised we got matched up. I want to go and make another statement.

“Obviously, I wanted a world title shot right away, but Martin is challenging for the bantamweight world title, so I am going to focus on me, keep competing, and keep improving. And when ONE Championship thinks it is my time to compete against the world champion, then I will be ready to go.”

Fastest KO vs. Most KO’s. Do not blink.

Posted by ONE Championship on Friday, February 2, 2018

The bout pits two of the lightweight division’s most dynamic finishers against one another, with Khan (eight stoppages from nine wins) and Nastyukhin (10 stoppages from 11 wins) both famous for their ability to finish matches in short order.

What’s more, Nastyukhin owns the fastest knockout in ONE history at six seconds, making this a bout between two KO record holders.

Khan respects the Russian’s skills, but believes he has the better all-round martial arts skill set.

“I feel he is a really tough martial artist,” he offers. “He has good attributes, but he is not as well-rounded as me. I feel I have more opportunities to win the bout with the skills I have.”

The Singaporean has been sharpening those skills at his usual training base at Evolve MMA, where he works closely with the gym’s famed roster of Muay Thai and BJJ world champions. 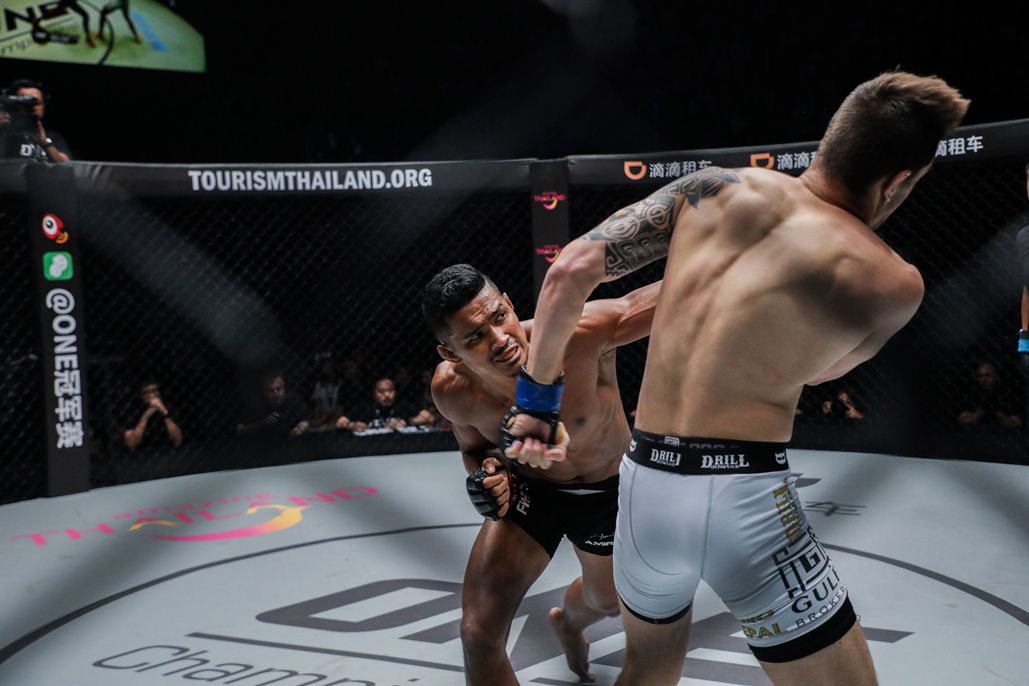 With a world-class quality of training partners available to him, Khan does not need to draft anyone from outside the gym to help with his preparation. He keeps his circle extremely tight.

“I have a lot of training partners, including Muay Thai world champions. They can imitate his style easily, so I have not needed to bring anyone specific in for this training camp,” he explains.

“The key to this match is mixing everything up. That is what I feel will be the key in this match — mixing up my wrestling with my striking so it flows smoothly.”

Also, Khan is placing extra importance on this bout because he feels it could be the final obstacle between him and his shot at the gold.

The Singaporean is convinced he stands just one win away from the world title opportunity he desperately seeks, whether it is against Nguyen for the ONE Lightweight World Championship, or against another top contender for a possible interim world title belt. 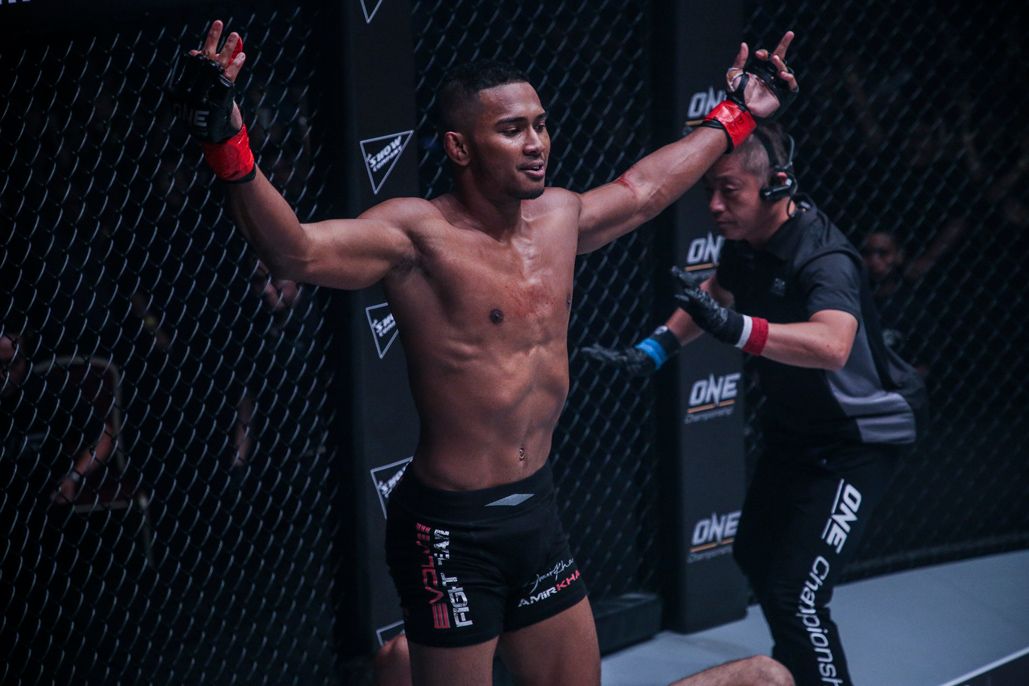 “Obviously, if Martin wins [the bantamweight world title], then he will have options to compete in three weight classes. So if he does not come back straight away, we can always do an interim title.”

Regardless, Khan’s goal is clear — to close out the year with gold around his waist.