ONE thing's for sure, there will be only ONE Flyweight World Champion on 5 August.Macao | 5 August | TV: Check local listings for global broadcast | PPV: Official livestream at oneppv.com | Tickets: http://bit.ly/oneconquerors17

Posted by ONE Championship on Wednesday, July 26, 2017

The biggest title rematch in ONE Championship history is just around the corner.

On Saturday, 5 August, undefeated ONE Flyweight World Champion Kairat “The Kazakh” Akhmetov (23-0) will collide with interim titleholder Adriano “Mikinho” Moraes (15-2) in a title unification bout at ONE: KINGS & CONQUERORS. The contest, which takes place at the Cotai Arena in Macao, will serve as the night’s co-main event.

Expectations for this rematch are high. After all, their initial encounter nearly two years ago was a closely-fought battle.

In November 2015, Brazil’s Moraes stood as the reigning champion, and was making his second title defense against Akhmetov at ONE: DYNASTY OF CHAMPIONS (BEIJING II). For the following 25 minutes, it was an all-out war.

“The Kazakh” controlled the pace with his world-class wrestling, especially in the earlier rounds. He stuffed takedowns, unleashed some ground and pound, and displayed his heavy hands. While the Brazilian kept it competitive by attacking with more diversified strikes and submissions from the bottom position, the judges awarded the victory, and the title, to Akhmetov via split decision.

A lot has changed since then. Akhmetov reaggravated an old back injury that kept him on the sidelines, whereas Moraes scored two wins, including one for the interim championship last August at the company’s inaugural show in Macao.

Now, almost two years later, fate has brought these two warriors back together, and the stakes could not be any higher. Some of Asia’s most well-respected martial arts experts are thrilled about for the upcoming rematch, and share their thoughts on the night’s co-main event.

One is a committed father, the other a grateful son. On 5 August, only ONE will be a champion. Macao | 5 August | TV: Check local listings for global broadcast | PPV: Official livestream at oneppv.com | Tickets: http://bit.ly/oneconquerors17

The first match between these two was action-packed for 25 minutes from start to finish. It was a razor-thin contest with a split decision, but I actually had Moraes ahead on my scorecard. I would expect a similar performance from both of these two in this rematch.

You cannot get to 23-0 without being an amazing athlete, but Akhmetov’s last fight was against Moraes in November of 2015, so cage rust may be an issue. He had been nursing several minor injuries, so time lost in the gym could be key.

Moraes is 2-0 since their match, and it is a tremendous advantage to create such momentum. However, he will need to find a way to get Akhmetov on the ground early to slow his pace. 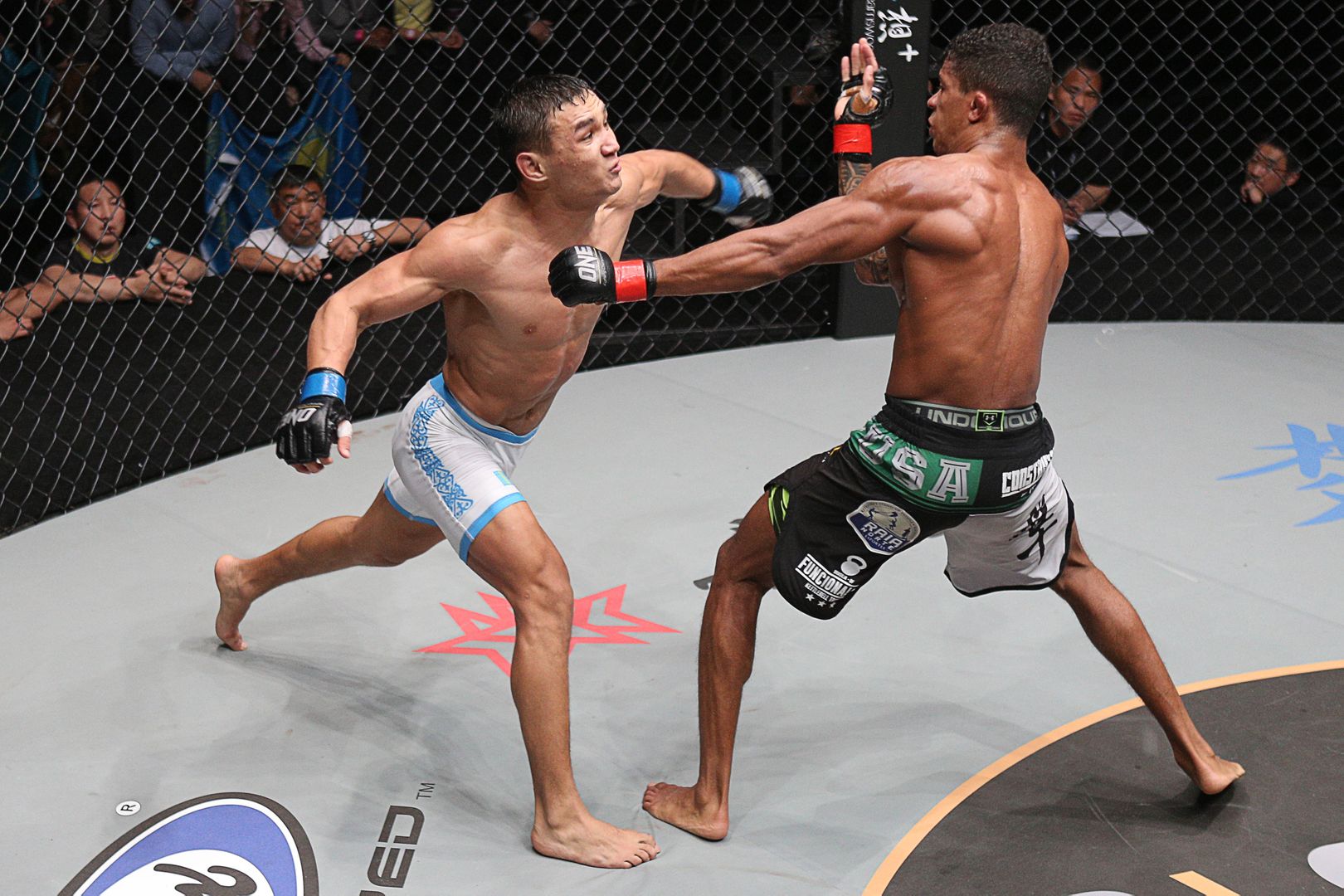 Many analysts and fighters believe cage rust is a myth, but I believe it depends on the fighter and the training program. How do they improve their timing and their reactions? Akhmetov was out for a back injury, so I am wondering how this injury affected his training.

Will he still have the same explosiveness which won him the first fight? Apparently he was training through the time off and it did not affect him, so I will be looking to see if this changes his grinding style. In their first fight, Moraes was just a bit faster in the exchanges. He was able to fight moving backwards, while Akhmetov hunted for the takedown. If Akhmetov wants to extend his streak to 24-0, he will need to be first in the striking, and finish the exchanges with that double leg takedown. Once he gets on top, he needs to stay active by working the body and head with ground and pound.

Moraes has been on a roll. He looks sharper each time he steps into the cage. He believes like many others that he won the first fight. Now his confidence is at an all-time high after a couple of wins and capturing the interim title.

Moraes has shown he has improved his striking, and can stand with anyone in the division. He will need to be more active on the feet, and not allow Akhmetov to control the center of the cage, and push forward with a high volume of strikes while defending the takedown.