Eko Roni Saputra will face a challenging task on Friday, 9 October, in his grand quest to become the first Mixed Martial Arts World Champion from Indonesia.

Along with defending his country’s pride against its longtime sporting rival, Saputra will also be looking to take the next step in his journey on the global stage.

The 29-year-old has promised to show off his upgraded striking prowess against the formidable F3 Boxing Champion. But before Saputra attempts to extend his two-fight winning streak, let’s find out more about the Indonesian grappling ace.

With a staggering 116-10 record in freestyle wrestling, Saputra has conquered three editions of the quadrennial National Sports Week (PON) – the biggest sporting event in Indonesia.

More spectacularly, he earned his first gold medal at the age of 17 in 2008, making him one of the youngest athletes to achieve the feat.

“In today’s regulation, I’d be competing in the junior category. However, the minimum age restriction was still not imposed at that time,” Saputra says. “I went undefeated in the national wrestling scene since then.”

As Saputra went through a difficult childhood, it was hard to imagine ever traveling overseas. However, thanks to his incredible athletic achievements, he’s managed to land his feet in various places across the globe.

“I have been to many countries while representing Indonesia – whether it is to compete or to undergo training camps,” he says. “Those countries include Thailand, Turkmenistan, The Philippines, China, Russia, Romania, Turkey, Bulgaria, South Korea, and Azerbaijan.”

As ONE Championship continuously expands its global footprint, the list of countries Saputra will visit is sure to expand in the future.

Inside the Circle, Saputra is fearless. But there’s one adversary he would never dare to fight.

“I am afraid of snakes, but not in a sense that it would freak me out. It’s just giving me the creeps,” the Indonesian says of his fear, which is also known as ophidiophobia.

“During our preparation ahead of the 2018 Asian Games, our wrestling team had a military-like training. We were sent to a jungle to test our survivability. One of the challenges was to tame a snake. We were challenged to rub it, and I was the only one who just sat in the corner, refusing to take the test.”

If there is one color that perfectly describes Saputra, it would be red.

Just like what it means on the Indonesian National Flag, red equals courage. That trait is also reflected in Saputra’s life so far.

“Red symbolizes courage and burning passion. I have made some brave decisions throughout my life, including the courage to leave my comfort zone and take a whole new challenge with ONE Championship,” he says.

“It was not an easy decision for me to leave my hometown and move to a different country. Fortunately, my family is here with me. It makes things a lot easier, and I won’t take this opportunity for granted.”

#5 A Man Of Many Nicknames

Throughout his career, Saputra has won numerous national and international accolades. Along the way, he’s earned plenty of nicknames, too.

“I used to be called ‘Cheetah’ because I run faster than my peers. It took me less than 15 minutes to run on a track for ten rounds,” the Evolve representative says.

“In the national wrestling team, they called me ‘Pembunuh Berdarah Dingin’ (meaning ‘Cold-Blooded Killer’) because I looked calm but deadly on the mat.”

Recently, he announced on Instagram that his new nickname, “Dynamite,” was given to him by Evolve Head Coach Siyar Bahadurzada due to his explosive nature inside the Circle.

#6 Put His Early Winnings To Good Use

Saputra has been involved in competitive tournaments since childhood, but he could never forget one sporting moment from Junior High School.

“I often skipped classes because I was busy preparing for a competition to represent my region. But it was worth it because I became the champion,” the Samarinda native shares.

“I remember using the prize money to buy a mobile phone because I needed that to keep close contact with my crush – Nurdilla Agusta – who is now my wife. I can’t recall it clearly, but I think it was a Nokia 3310 or 3315.”

Instead of using his hard-earned money for self-satisfaction, he prefers to give it to those closest to him.

“When I was young, I wanted to buy many things – shoes, game consoles, and other stuff, but I didn’t have money,” he explains. “Now, I can say I am luckier, but the priority is different. Instead of buying fancy things, I’d rather give it to my wife and save it for my son’s future.”

Read more: How Adversity, Dedication Led Murugan Silvarajoo To ONE 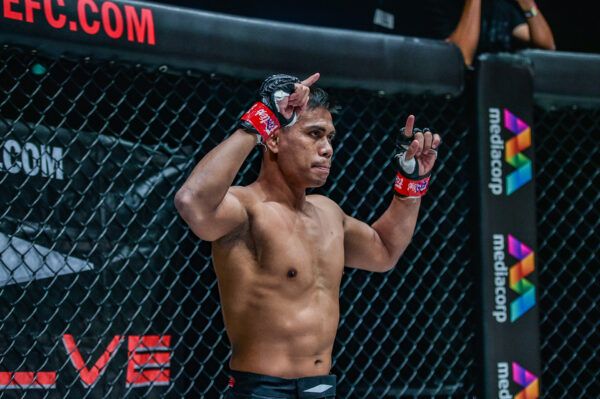 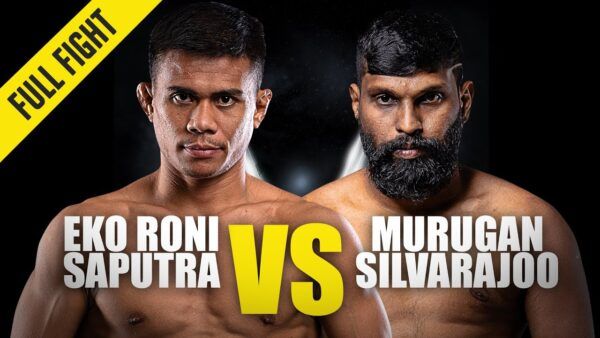